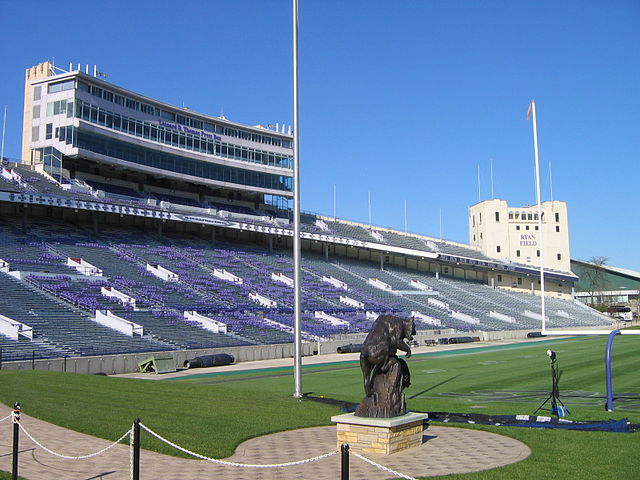 [JURIST] Northwestern University [academic website] on Wednesday asked [text, PDF] the National Labor Relations Board (NLRB) [official website] to review a recent decision that the university’s football players have the right to unionize [JURIST report]. The attorneys for Northwestern stated, “[i]n this unprecedented decision, the Regional Director set out to alter the underlying premise upon which collegiate varsity sports is based.” The effort for Northwestern football players to unionize has been lead by quarterback Kain Colter and Ramogi Huma, head of the National College Players Association (NCPA) [advocacy website]. The NCPA believes that the unionization of the players will provide a voice in protecting certain interests such as medical protection after graduation for injuries sustained on the field. Northwestern is looking for the NLRB to respond to their request before the team’s secret ballot vote [ESPN report] for unionization on April 25.

If the athletes are successful in forming a union, it would be the first player union in the history of the National College Athletic Association (NCAA) [official website] and pre-NCAA college athletics. The ruling could also have massive implications for college athletes around the nation. JURIST guest columnist Aubry Dicks has noted that the NCAA has not backed away [JURIST op-ed] from their stance on the issue. President Mark Emmert, in his annual state of the NCAA address, stated that “the notion of using a union-employee model to address the challenges that do exist in intercollegiate athletics is something that strikes most people as a grossly inappropriate solution to the problem.” The ruling by the NRLB could potentially turn into a landmark decision, as it deviates from precedents of past cases involving the status of college students as employees of universities. One such critical case, which this ruling discusses, is Brown University [report, PDF], an NLRB case from 2004 that questioned whether graduate student teaching assistants were employees of the university. The board distinguished Brown, stating that the football player’s duties were completely unrelated to their academic studies, while the teaching assistants’ duties in Brown were related. Similarly, in Boston Medical Center [materials], the board found that an employer’s interns, residents, and fellows were indeed employees because they had already completed and received their academic degrees.