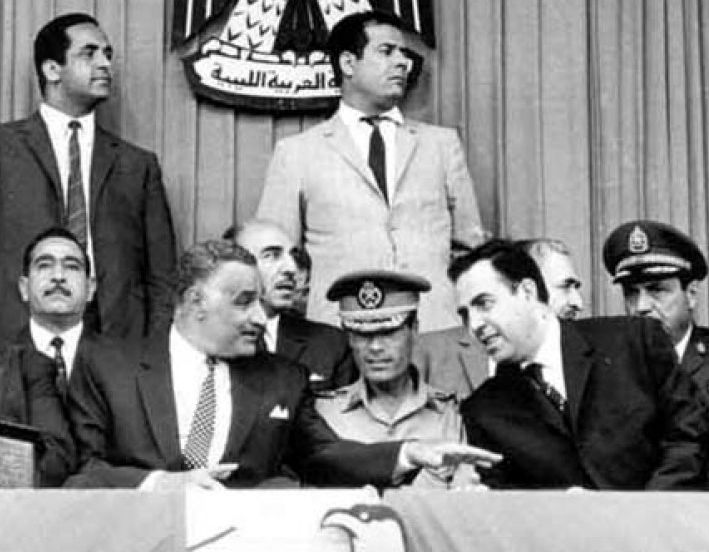 [JURIST] Prosecutors in Libya on Monday opened the trial of former Libyan leader Col. Muammar Gaddafi’s [BBC obituary, JURIST news archive] sons, Saadi Gaddafi and Saif al-Islam [JURIST news archives], and more than two dozen of his former officials for crimes allegedly committed during the 2011 uprising [JURIST backgrounder]. While his sons were not present [Reuters report] in the court room at the Al-Hadba prison in Tripoli, the group of former senior officials sitting behind the fenced-in section included the former ruler’s ex-spy chief Abdullah al-Senussi [JURIST news archive]. Saif al-Islam, the man considered most likely to replace his father, has been held by military leaders since his arrest in November 2011 and is expected to take part in the trial through a video link [Al Jazeera report]. His International Criminal Court (ICC) [official website] appointed lawyer, John Jones, has called this refusal to let him participate in person a fundamental violation of the right to a fair trial. Saadi Gaddafi is expected to appear in court to hear charges. Prosecutors say that they have assembled more than 40,000 pages of evidence in addition to video and audio evidence, which they claim shows the defendants instructing security units to fire on protestors. There is substantial pressure in this case to ensure that the trial is carried out fairly. According to Libya researcher in the Middle East and North Africa division at Human Rights Watch (HRW) [advocacy website] Hanan Salah [official profile], if the men do not receive fair trials, it will cast doubt over Libya’s judicial system.

Questions about the rule of law in Libya have arisen in the wake of the the 2011 uprising and subsequent civil war that deposed Col. Gaddafi. In March Saadi Gaddafi was extradited [JURIST report] from Niger back to Libya to stand trial for crimes allegedly committed during his father’s rule. In February a spokesperson for the UN Office of the High Commissioner for Human Rights (OHCHR) [official website] warned against [JURIST report] recent amendments to Libya’s penal code. Law No. 5 of 2014 imposes prison sentences on any individual “undermining the February 17 revolution” and for “publicly insulting one of the legislative, executive or judicial authorities.”Also in February HRW reported [JURIST report] that Libya has failed to grant due process rights to Saif al-Islam Gaddafi and other detained former government officials. Gaddafi and former intelligence chief Abdullah al-Senussi have also faced charges of crimes against humanity before the ICC. In October the ICC ruled [decision, PDF] that the case against al-Senussi is inadmissible before the ICC [press release] and can only be heard by domestic courts in Libya, but noted that the decision did not affect the issue with regards to the charges against Gaddafi. Back in 2011 Saadi was implicated [JURIST report] in a plot to flee to Mexico by the Secretary of the Interior [official website, in Spanish].