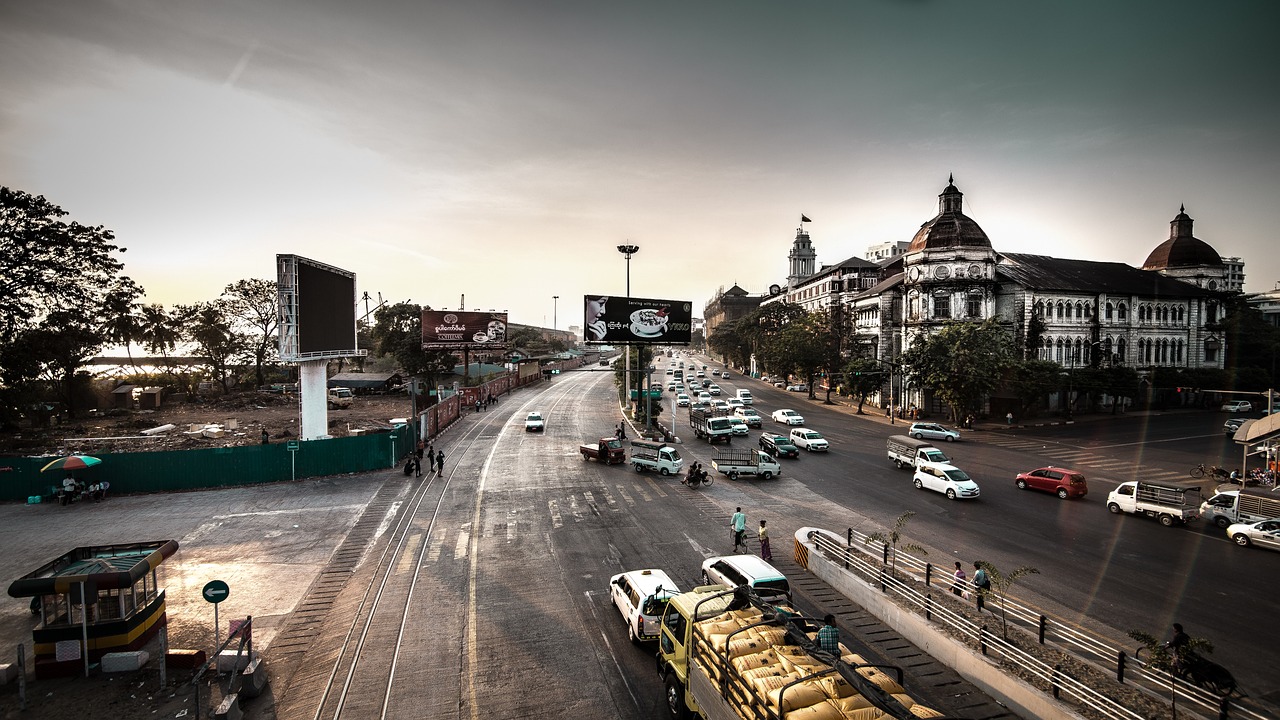 Since the February 2021 coup d’état in Myanmar, human rights conditions have continued to deteriorate throughout the country. While the current ruling military dictatorship is guilty of causing and/or perpetuating many rights violations, some — such as restrictions on labor rights — had started even before the coup. In this explainer I will look at the origins of Myanmar’s present labor rights crisis and its possible post-coup evolution through the prism of an ongoing controversy surrounding one of the country’s leading food delivery service companies, hereinafter referred to simply as “the Company”.

On 16 March 2022, the Myanmar-based delivery drivers of the Company — which bills itself as Asia’s leading food delivery service — learned they would face wage reductions for all routes in the country. The disgruntled delivery drivers organized via social media, vocally opposing what they said was a 50 percent pay decrease compared to pre-coup salaries.

The strikers’ core demands included: setting the minimum route payment of 670 Myanmar Kyat (USD 32 cents, at the time of publication), reliance on Google Maps for calculating delivery route distances, compensation for any injuries sustained during delivery, and paid leave.

Three days later, the Company acknowledged the strike and agreed to raise the standard remuneration rate to 580 Myanmar Kyat (USD 28 cents) per 500 meters, among other concessions. But by June 10, the strikers concluded the Company did not intend to implement these changes in practice, and resumed the strike, which continues to this day.

A key legal issue the strikers face in Myanmar is whether they are legally classified as employees, and are thus legally authorized to strike in the country.

According to the Company’s website, their delivery drivers bear the following characteristics:

This writer could not identify the contents of the contract between the riders and the Company (the Contract). Therefore, the following discussions focus only on publicly available facts.

Such legal instruments are governed by relevant rules, orders, and notifications issued by the Ministry of Labor, Immigration and Population.

The definition of “workers” or “employees” are scattered in these laws and therefore the scope of the definition rests on miscellaneous provisions affecting delivery drivers.

The Minimum Wage Law specifies the right of the worker and the duty of the employer regarding the Minimum Wage. The term “worker” is defined under section 2 (a) of the Minimum Wage Law as “a person who earns living by wage obtained by carrying out the work of permanent work, temporary work using his physical or intellectual power by conclusion of employment agreement with employer to work at any commercial, production and service, agricultural and livestock breeding business. In this expression, apprentices and trainees, clerks and staff, outside workers, house maids and drivers, security men, guards and sanitary workers and staff include.” Under this term, delivery drivers may be identified as workers because the nature of work conducted by rider may remotely fall under the temporary employment for the conduct of service.

For the purpose of the Leaves and Holidays Act, the rules identify the workers based on the time intervals on which the wages are earned. It is notable that the Law is silent on earnings based on the route instead of time intervals.  Under the leaves and holidays rules, a definition is provided for a piece-work worker who works on a preconditioned wage-rate based on the number of products or the extent of performance. The nature of work conducted by the driver may remotely fall under this definition.

Under section 2(b) of the Employment and Skills Development Law, employee means the person who works for remuneration of skill job, fairly skilled job, non-skilled job in a Government Department and Organization, the Co‐operative society, Private or Joint‐Venture, any Organization, the Company. Drivers may be identified as employees under this definition for working non-skilled job in the Company.  Likewise in the Labor Organization Law, a broad definition of worker is a person who relies on his labor to engage in economic activity or to generate a livelihood, including a daily wage earner, temporary worker, worker engaged in agriculture, domestic worker, government employee and apprentice. This definition may also cover drivers.

In conclusion, the definitions of worker or employee provided under Myanmar labor laws are somewhat vague and inconsistent. The most obvious inconsistency can be found in some of the definitions requiring a person in an employment agreement to be identified as the employee when others do not. The definitions tend to be broad for the purpose of each law and lack specific provisions defining the exact nature of each type of employment. Therefore, it is safe to say that the status of delivery drivers as employees is unclear for the purpose of most labor laws currently in force in Myanmar.

According to the assessment using Ireland’s Code, delivery drivers may not be able to consider themselves employed although 1) the drivers cannot subcontract; 2) drivers do not manage the business nor investments; and 3) the Company controls the bonus system which may encourage overtime work. Drivers show considerable control over the profit/losses and undeniable control over conducting the business in terms of deciding how many hours they work and the length of route they want to take.

Therefore, although the Company has the following controls over the drivers, it is undisputable fact that the nature of work of the drivers is significantly different from the regular standard of an employee.

Based on the analysis provided above, it can be concluded that the delivery drivers cannot be considered as employees of the Company under Myanmar laws and the assessment provided in  Ireland’s Code. This means that the strike of the drivers cannot be considered as legal and according to the law, the Company has the power to cut off the relationship with the drivers subject to the provisions in the contract.

Thus, although it is true that the delivery drivers in Myanmar are being taken advantage of amid crisis, the problem lies deep within the weakness of the law itself. For this purpose, the International Labor Organization has recommended the establishment of a policy reflecting the followings (Recommendation No. 198);

It is, however, wishful thinking that a government that truly works and cares about the working class emerges one day in Myanmar and builds better foundations for labor, aligned with the International Labor Organizations’ standards.

Nwe Mon Mon Oo is a JURIST Assistant Editor graduated from the University of Yangon, Myanmar. She is currently an LL.M. student at Chulalongkorn University, Bangkok, Thailand.