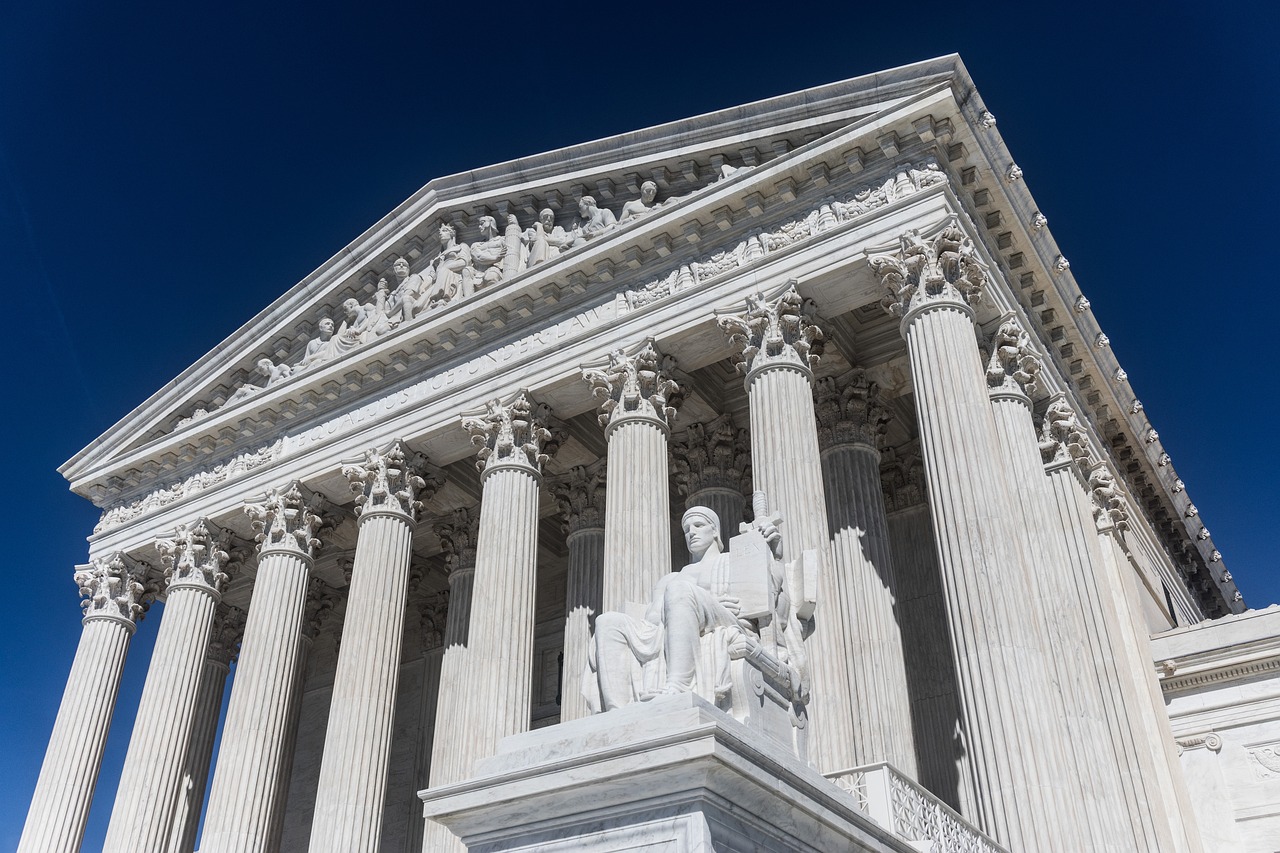 As the US Supreme Court considers oral arguments in the cases of Students for Fair Admission vs. Harvard College and the University of North Carolina, JURIST’s latest explainer offers a breakdown of the parties, the legal issues, and the factual allegations at play in the case.

What are the cases about?

A race-neutrality advocacy group alleges that by factoring considerations of race and ethnicity into their admissions decisions, two major institutions of higher education are in violation of US law, as discussed in greater detail below.

The petitioner, Students for Fair Admission (SFFA), is a non-profit organization led by Edward Blum, an anti-affirmative action activist who has built a career waging high-profile legal battles that seek to remove racial preference as a consideration across a variety of US institutions.

The respondents are Harvard College and the University of North Carolina (UNC), respectively the nation’s oldest private and public colleges.

Although previously combined, the cases were separated upon the appointment of Supreme Court Justice Ketanji Brown Jackson, due to her status at the time as a member of the Harvard College Board of Overseers. Jackson has recused herself from the Harvard case but will participate in the UNC case.

What are the central allegations against Harvard?

In its initial writ of certiorari before the Supreme Court, filed in February 2021, the SFFA claimed that “Harvard uses race at every stage of the admissions process,” alleging the college holds different racial and ethnic groups to different academic and testing standards, that it monitors the racial makeup of each incoming class, and that racial considerations prove determinative as admissions officers cull potential incoming students.

At the crux of the case are the SFFA’s argument that Harvard admissions specifically penalize Asian American applicants. The petitioner asserts that Harvard applies a “personal rating” to applicants, which measures subjective traits the college believes could add or detract from a prospective student’s contribution to the incoming class.

Finally, the SFFA claims that Harvard has rejected race-neutral alternatives in applying these admissions standards.

“Regarding Harvard, SFFA notes that the college is violating Title VI of the Civil Rights Act by penalizing Asian-American applicants, engaging in racial balancing, overemphasizing race, and rejecting workable race-neutral alternatives. Harvard’s demerits of Asian-American applicant’s [sic.] personalities are particularly scandalous and inexcusable. Harvard penalizes them because, according to its admissions office, they lack leadership and confidence and are less likable and kind,” read a press release summarizing the organization’s claims.

How has Harvard responded?

The college has described Blum, the founder of SFFA, as an “anti-race conscious admissions activist,” and maintains that its admissions practices are wide-ranging, thorough, and consider the whole person, according to a Harvard website dedicated to the case.

Harvard asserts that the SFFA relied on “dangerously misleading, distorting data to reach preconceived and wrong conclusions.” In particular, according to Harvard, the SFFA ignored data showing annual variance in the racial makeup of its admitted classes, and that the organization misrepresented various university documents it cited as proof of its claims. The university also claims the percentage of Asian American students in its admitted class grew by 27 percent between 2010 and 2022, and cited a study conducted by UC Berkeley Economist David Card, which concluded that the average marginal effect of being Asian American on an applicant’s likelihood of admission was statistically indistinguishable from zero.

The university also argues that it has considered race-neutral alternative measures to foster diversity in compliance with US law, but ultimately found the alternatives failed to measure up.

“If Harvard stopped taking race into consideration as one factor in its admissions process and adopted the race-neutral alternatives that SFFA suggested, the result would be a class that fails to achieve the diversity and excellence that Harvard seeks. Harvard has concluded that such a result would severely compromise its ability to achieve the educational benefits that flow from a student body that is diverse across many dimensions, including race,” according to the university.

What are the central allegations against the University of North Carolina?

The SFFA argued in a May 2022 writ, which combined its allegations against the two universities, that UNC “has awarded racial preferences to ‘underrepresented minorities,’ which UNC defines as African Americans, Hispanics, and Native Americans. … Asian Americans and whites don’t receive a racial preference.” The petitioner argues that UNC has not sought to limit race-conscious admissions because it has not sought or determined a “critical mass” of underrepresented students, or established a timeline to encapsulate consideration of race in the admissions process.

“Regarding the University of North Carolina, SFFA notes that the university is violating the US Constitution and Title VI by illegally rejecting a race-neutral alternative to racial admissions preferences because the composition of its student body would change, without proving that the alter­native would cause a dramatic sacrifice in academic quality or the educational benefits of overall student-body diversity,” the organization asserted in its press release.

How has UNC responded?

Like Harvard, UNC has accused SFFA of misrepresenting its admissions approach, which it describes as “holistic,” and of making “false and irresponsible allegations” lacking factual support.

In particular, UNC disputed SFFA’s claims that it has ignored Supreme Court precedent, that its admissions process revolves around race, that race is often determinative in admissions decisions, that there were “stark racial disparities in admissions rates among similarly qualified applicants,” and that UNC has not made a sincere effort to replace its current system with a race-neutral alternative. In its rebuttal, UNC cited factual findings from a lower federal court contradicting each of these claims.

“To honor the University charter’s charge to ‘prepare a rising generation’ for the responsibilities of democracy, we must ensure our graduates are ready to embrace this country’s remarkable pluralism. At Carolina, we are building better citizens, and if we remove race as one of the many factors we consider in admission decisions, we jeopardize that effort,” UNC Chancellor Kevin M. Guskiewicz said in a statement.

What are the legal issues in the UNC case?

The case will center on the following questions:

NB: The 2003 Supreme Court case Grutter v. Bollinger held that consideration of race does not in itself violate the Equal Protection Clause of the 14th Amendment of the Constitution so long as the policy is narrowly tailored to the goal of promoting diversity, and so long as a holistic approach is used to evaluate each candidate and not a quota system. SFFA argues the case should be overturned because it was “wrong on the day it was decided,” citing what it sees as internal contradictions.

NB: Title VI states: “No person in the United States shall, on the ground of race, color, or national origin, be excluded from participation in, be denied the benefits of, or be subjected to discrimination under any program or activity receiving Federal financial assistance.” While Harvard is a private college, it receives federal funding and is thus beholden to Title VI.

How have the lower courts held?

Both universities benefitted from favorable judgments in lower federal courts.

The US District Court in Massachusetts ruled in 2019 that Harvard does not engage in racial balancing, that its admissions office’s use of race is a non-mechanical plus factor, that no comparable fully race-neutral alternatives are available, and ultimately that Harvard does not intentionally discriminate against Asian American applicants.

In 2021, the US District Court for the Middle District of North Carolina held that UNC had a compelling interest in pursuing diversity for its educational benefits, that racial considerations in its admissions process are narrowly tailored, and that as with the Harvard case, UNC satisfactorily demonstrated that a racially neutral approach would not provide an adequate alternative.

Why is this case important?

Both universities have warned that a loss of diversity would have an immediate adverse impact on their student bodies.

“If the lawsuit against Harvard succeeds, it would diminish students’ opportunities to live and learn in a diverse campus environment — denying them the kind of experiences that are central to Harvard’s educational mission and critical for success in our diverse society,” the university said in a statement.

UNC’s Guskiewicz struck a similar cord, stating: “Our students are preparing to enter diverse workforces, and if they do not have experience on group projects, or in their dorm rooms, with people who have different perspectives and life experiences, they will fall short of their potential.”

Meanwhile, SFFA asserts that these admissions processes are exacerbating racial discrimination in the US. “No one is under any illusions that we live in a post-racial society, or that racial discrimination is a thing of the past. But when our most elite universities place high-schoolers on racial registers and tell the world that their skin color affects what they think and know, what they like and don’t like, they are hurting, not helping,” the organization said in a press release.

However the Supreme Court holds, its ruling stands to have an impact on college admissions for years — possibly generations — to come.

Affiliation disclosure: The author is a fellow at Harvard University, but is not involved in this case in any way.