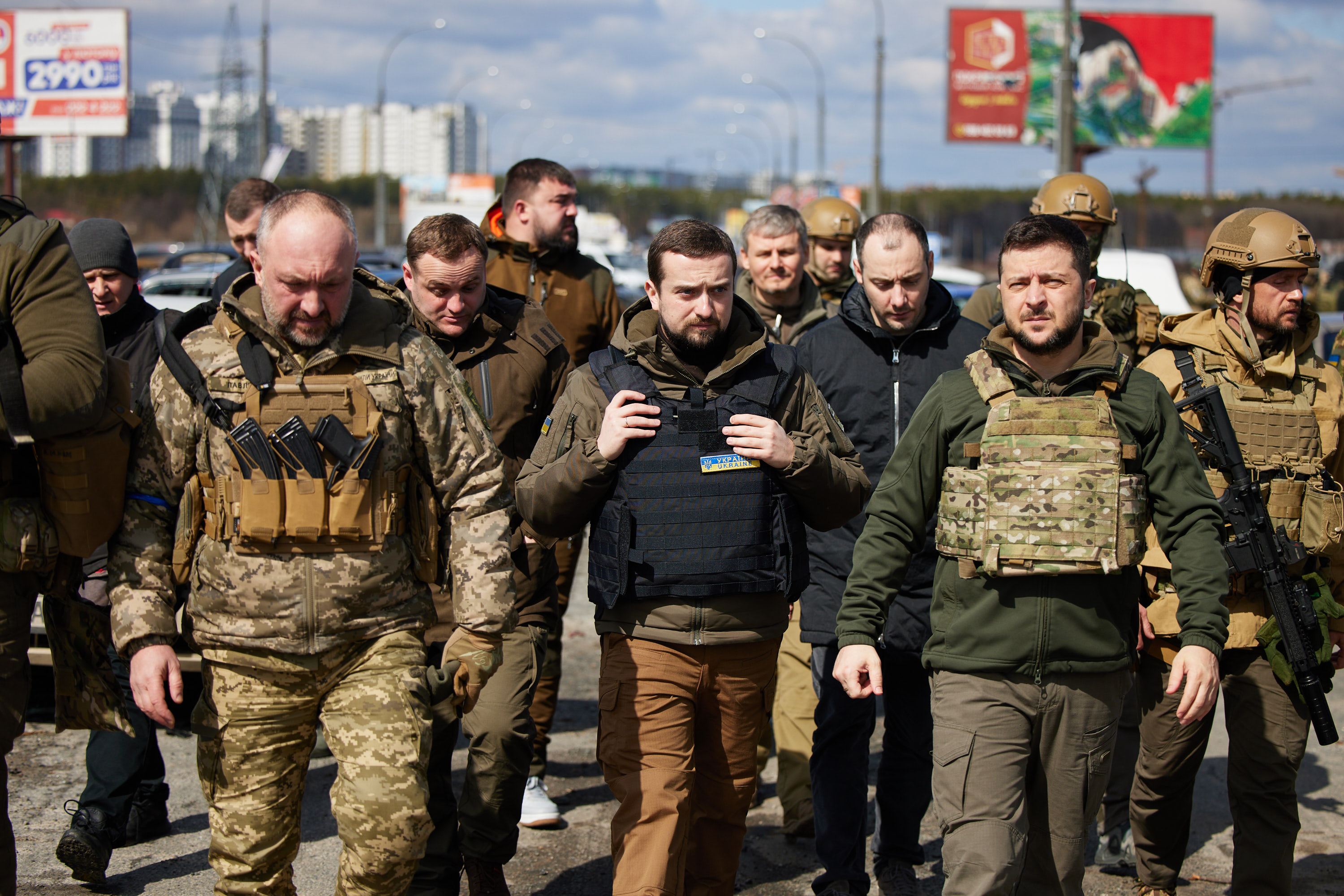 On February 24, 2022, Russia launched a large-scale military invasion, essentially declaring war against the territorial integrity, sovereignty, and independence of Ukraine — an operation broadly seen as a continuation of the 2014 annexation of Crimea and the subsequent conflict in the Donbas and Luhansk regions.

Immediately following the Russian invasion, the Government of Ukraine responded by enacting laws aimed at ensuring the smooth and effective operations of the country’s legislative, executive, and judicial branches.

Among these mechanisms was a decree on the introduction of martial law, which was adopted by Ukrainian President Volodymyr Zelensky on day one of the invasion. The decree was then codified and has come to be known as the 2022 Martial Law.

The 2022 Martial Law set out a framework to govern various substantive and procedural elements of martial law and established the legal basis for action by various governmental and military divisions under such a regime. Notably, the text featured a series of guarantees related to human rights and freedoms, rights, and legal interests of legal entities. It also created new temporary mechanisms to ensure the continued functioning of existing state authorities and municipalities at local levels, including the establishment of separate rules for specific areas of law.

Another key feature of the law is the conferral of special powers on the military command that give it the right, along with state authorities, to establish and implement measures of the martial legal regime (e.g. to issue binding orders and directives on matters of defense and public security). In order to implement the new law, military administrative structures have been established.  The power to set up these structures lies with the President of Ukraine based on requests by regional state administrations or the military command.

Some of the changes flowing from the introduction of the 2022 Martial Law apply to specific areas of law, such as corruption prevention. In particular, it modified the provisions of an anti-corruption law first enacted in 2014, which set out the legal and institutional principles of Ukraine’s corruption prevention system.

The entry into force of the 2022 Martial Law will make several key changes to corruption prevention mechanisms, such as official appointment and admission procedures, the terms of positions held by certain officials, background checks, and dismissal procedures in certain cases.

Below, I will discuss some of these points in greater detail:

1) Officials are no longer required to comply with language proficiency requirements or provide property declarations before being appointed to political, public, or certain public-sector economic positions.

Note: Special attention should be paid to the suspension of the requirement to submit a document confirming the level of proficiency in the state language while martial law is in force. This language requirement is intended to ensure that Ukrainian state officials speak Ukrainian.  Its suspension takes on special importance in the context of a war with Russia because there are parts of Ukraine where the dominant language spoken is Russian — many of which have been invaded by Russia. Therefore, the suspension of the requirement to provide a document attesting to one’s proficiency in the Ukrainian language may have indirect effects amid the current conflict.

2) An official can now be appointed in the absence of competition.

3) Officials can be appointed without undergoing background checks, which may increase risks of corruption.

Beyond the changes to corruption prevention mechanisms described above, the introduction of martial law also triggers changes that create foreseeable corruption risks. In particular, under martial law, the Cabinet of Ministers of Ukraine is empowered to determine the specifics of defense and public procurement. At the local level, martial law allows for contracts to be signed without approval by a local authority council. However, these contracts are also subject to a maximum term of one year. Where the terms of reference of a contract exceed this period, the contracts must be approved by local authorities after martial law is lifted or repealed.

The above-mentioned provisions carry an elevated corruption risk because they do not create accountability mechanisms for those persons who are empowered to make decisions under martial law.

Indeed, the terms of the 2022 Martial Law expressly provide for immunity from liability, including criminal liability, where the negative consequences of a decision, action, or inaction, could not be foreseen or fell within the ambit of a justifiable risk. Since the law does not define what a justifiable risk is nor describe its features, this could lead to a situation where the ambiguous scope of the exception provides plausible cover for corruption.

The changes brought about by the 2022 Martial Law are likely to lead to a predictable decrease in the effectiveness of corruption prevention mechanisms in Ukraine. While some of this may be attributable to imperfections in the martial law regime itself, a far greater concern is that the legislation establishes temporary mechanisms that provide neither sufficient oversight of individuals empowered with authority nor adequate accountability mechanisms.

Olha Chernovol is a Ukrainian attorney who is currently completing a post-doctoral fellowship at the University of Ottawa, where she works with Professor Jennifer Quaid on research exploring non-trial resolutions in anti-corruption matters.