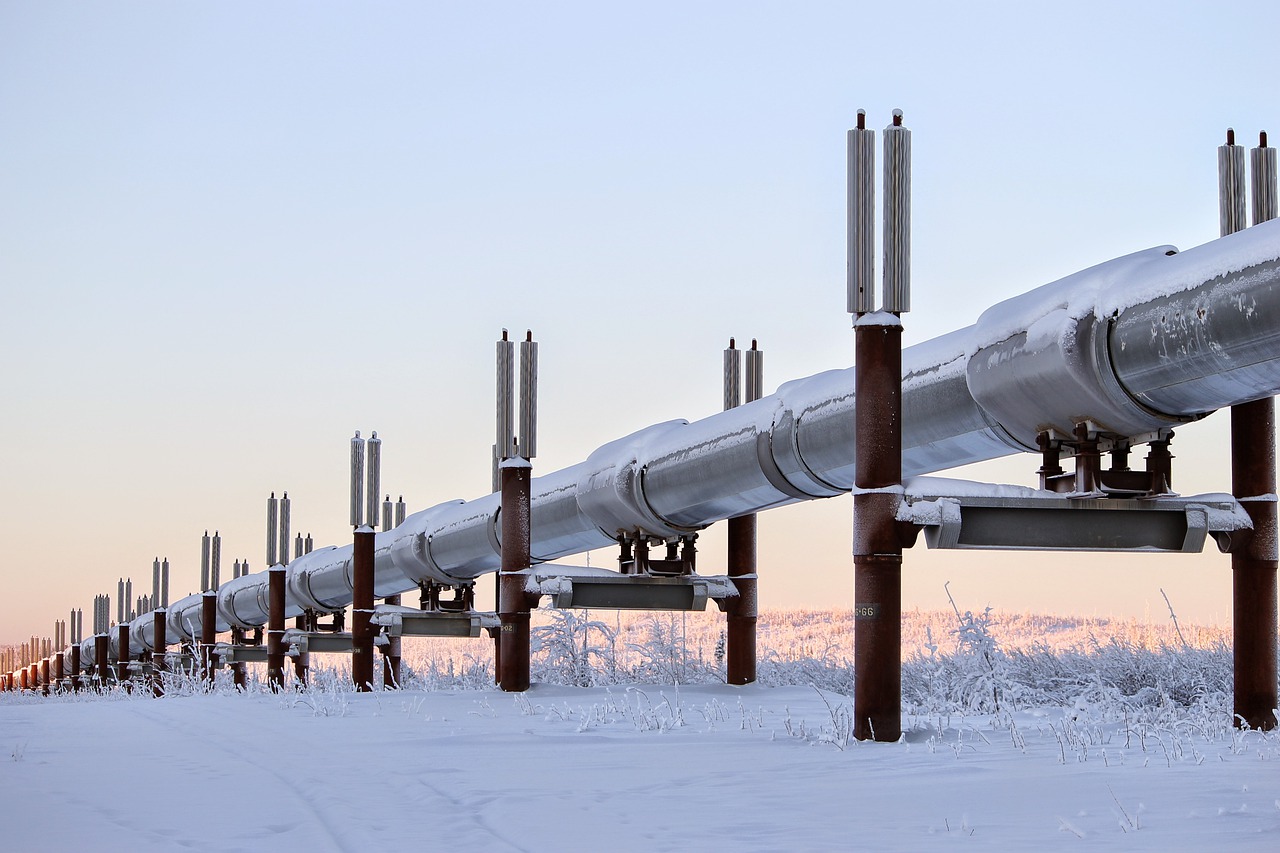 The Demand and Supply Paradigm

Fossil fuels remain the greatest global source of energy and are subject to the same demand and supply forces that govern all other resources. However, there is a growing imbalance between the two. In terms of demand, in the last three centuries, there has been an exponential increase in world energy needs due to greater global populations, with around 600 million people alive in 1700 compared to around 7 billion in 2022. Meanwhile, the supply is finite and fossil fuels are unevenly distributed. Europe, for example, is resource-scarce (with some exceptions in areas such as the North Sea), as are south and east Asia. Conversely, North America, the Middle East, and Siberia are among the resource-abundant areas. Supplies have also been squeezed as the damaging effects of fossil fuels, such as climate change, have come to the fore. In response, States have undertaken to curtail production through instruments such as the Paris Agreement 2015, by which there was a pact to lower carbon dioxide output to cap global warming at around 1.5C. Given free market forces, this demand and supply imbalance pushes energy costs ever higher. However, high energy costs are anathema to the idea of ‘energy security,’ which is defined by the International Energy Agency (IEA) as ‘uninterrupted availability of energy resources at an affordable price.’

The Intersection of the Ukraine Invasion and Nordstream

The threat posed to energy security by the lingering backdrop of demand and supply imbalances is intermittently exacerbated by spikes in geopolitical instability in the form of national rivalries and armed conflicts. These can heavily impact fossil fuel prices. For example, the oil crisis of 1973 arose when the Arab members of the Organization of the Petroleum Exporting Countries (OPEC) imposed an oil embargo on the United States and other countries supporting Israel in the Yom Kippur War concerning the Sinai Peninsula. The consequence was that contemporary oil prices leaped from $3 to $12. Today’s crisis pitches Russia against the European Union (EU) in the context of the economic war between the two sides that emerged as a spin-off from Russia’s invasion of Ukraine in February 2022. Prior to the invasion, the EU imported 30-40% of its fossil fuels from Russia and the proportion was even higher in Eastern and Central Europe due to a lack of capital resources to develop alternative infrastructure. Indeed, such has been the extent of European reliance on Russian energy that, even when Russia annexed Crimea back in 2014, the sanctions regime imposed by the EU excluded energy even though this was Russia’s main export.

Of course, the 2022 invasion is of a different order of magnitude and so too has been the Western response. Most recently, the G7 imposed a price cap on Russian oil and, in turn, the Kremlin closed the ‘Nordstream 1’ natural gas pipeline that had supplied EU States since 2011. The pipeline runs under the Baltic Sea, directly connecting Russia to Germany via the waters of Denmark Finland, and Sweden. The disconnection was allegedly on ‘technical’ grounds as a necessary turbine was held up in Canada owing to sanctions, but few believed that account. After all, Russia has form here. In 2006, it closed an oil pipeline to Lithuania for a year due to the supposed risk of a leak, just after Lithuania had sold an oil refinery to Poland, which needed the oil. In 2008, the Czech Republic signed a missile defense agreement with the US and Russia cut oil supplies to the country for weeks for ‘technical’ reasons. On the other side of the equation, as a result of the invasion, Germany refused to certify the completion of the new ‘Nordstream 2’ pipeline. This was completed in 2021 and was intended to substantially increase gas flows from Russia to Europe. The upshot of the Nordstream 1 closure and the Nordstream 2 mothballing is that European natural gas prices are 400% higher now than before the invasion.

International Law as an Enabler

So how did it come to this? Obviously, most of the answer lies in Russian expansionism. However, international law also had a role to play. Unfortunately, rather than inhibiting Russia’s weaponization of energy, international law facilitated it. Consider the United Nations Convention on the Law of the Sea (UNCLOS) which has responsibility for regulating the world’s oceans and waterways. It views them from the perspective of States and breaks them into categories including territorial seas, Exclusive Economic Zones (EEZs) and continental shelf areas; with everything else being unaffiliated ‘high seas’. Territorial seas are regulated in Articles 2 to 32 of UNCLOS and they extend 12 nautical miles out from the coast. EEZs are regulated in Articles 55 to 75 of UNCLOS and extend from the end of the territorial sea out to a maximum distance of 200 nautical miles. Continental Shelf areas are regulated in Articles 76 to 85 of UNCLOS. These cover the seabed areas that extend beyond a State’s territorial sea throughout the natural prolongation of its land territory to the outer edge of the continental margin, up to a maximum of 350 nautical miles.

One might assume that States possessing territorial seas, EEZs or continental shelf areas could refuse the laying of pipeline networks by other nations in their waters. However, this is not the case. Rather, based on the assumption that such pipelines amount to ‘innocent passage’, the State only has limited powers to be consulted in planning the route of such lines and to maintain legal jurisdiction over their construction and operation (see Articles 21, 58 and 79 of UNCLOS respectively). In this sense, international law is an enabler, predicated on the assumption that the exploitation of resources by any State is positive. Meanwhile, ‘coastal’ States that may not be terribly keen on having their seabeds latticed by foreign States’ and corporations’ pipelines are cast in the role of international ‘not-in-my-back-yarders’ whose potentially legitimate strategic interests can be largely ignored.

The Impact of UNCLOS on Nordstream’s Transit States

The impact of UNCLOS, and the extent to which it can tie the hands of coastal or transit States became clear during the planning stages of Nordstream. According to the European Court of Justice in Aktiebolaget v Skatteverket (2007): ‘the sovereignty of the coastal State over the exclusive economic zone and the continental shelf … is limited [and] the supply and laying of an undersea cable is not … within the sovereignty of the coastal State.’ Consequently, Sweden decided that international law did not give it the right to deny the pipeline application for passage through its EEZ. It simply required the consortium building Norstream to enter into consultations for the purposes of discussing precautionary measures around pollution and similar environmental issues. The project also passes through the waters of Denmark and Finland despite their reluctance. Estonia refused to grant permission for Nordstream to pass through its continental shelf area or EEZ, and the route was changed to avoid them. However, this was likely a result of political expediency and the fact that only a minor adjustment was required to the route to facilitate this detour.

The consequence of all of this was that, with a keen supplier on one hand (Russia) and a keen buyer on the other (Germany), the transit States in the middle had little power to decline as UNCLOS does not take account of broader geopolitical or security concerns in the context of pipeline laying.

UNCLOS was intended to loosen up regulation of the sea and to enable all States to actively engage in energy production without undue interference from ‘coastal’ States who may wish to block or unreasonable modify their plans. This was done with the intention of increasing global energy supplies and, thus, decreasing energy costs with the effect of boosting the standard of living of people all over the world. In modern times, that laudable goal is seeming increasingly naïve. Instead, unbridled ‘freedom of the seabed’ is turning out to be a useful mechanism for facilitating Russia’s use of fossil fuels to further its neo-imperial ambitions. While we should be careful not to throw the baby out with the bathwater by changing the law of the sea to address Russia’s expansionism, we should look closely when interpreting the law. In particular, we must ensure that it is read against the broader backdrop of legitimate geopolitical considerations. This is possible because, as with any treaty, UNCLOS is intended to be interpreted in accordance with its ‘object and purpose’ according to Article 31(1) of the Vienna Convention on the Law of Treaties 1969. The object and purpose of UNCLOS was, according to its preamble, to contribute to the ‘maintenance of peace, justice and progress for all peoples of the world’, to ‘promote the peaceful uses of the seas and oceans’ and ensure ‘the realization of a just and equitable international economic order.’ Pipelines that facilitate international strong-arming are incompatible with these aims. Future interpretation of UNCLOS ought to bear this in mind.