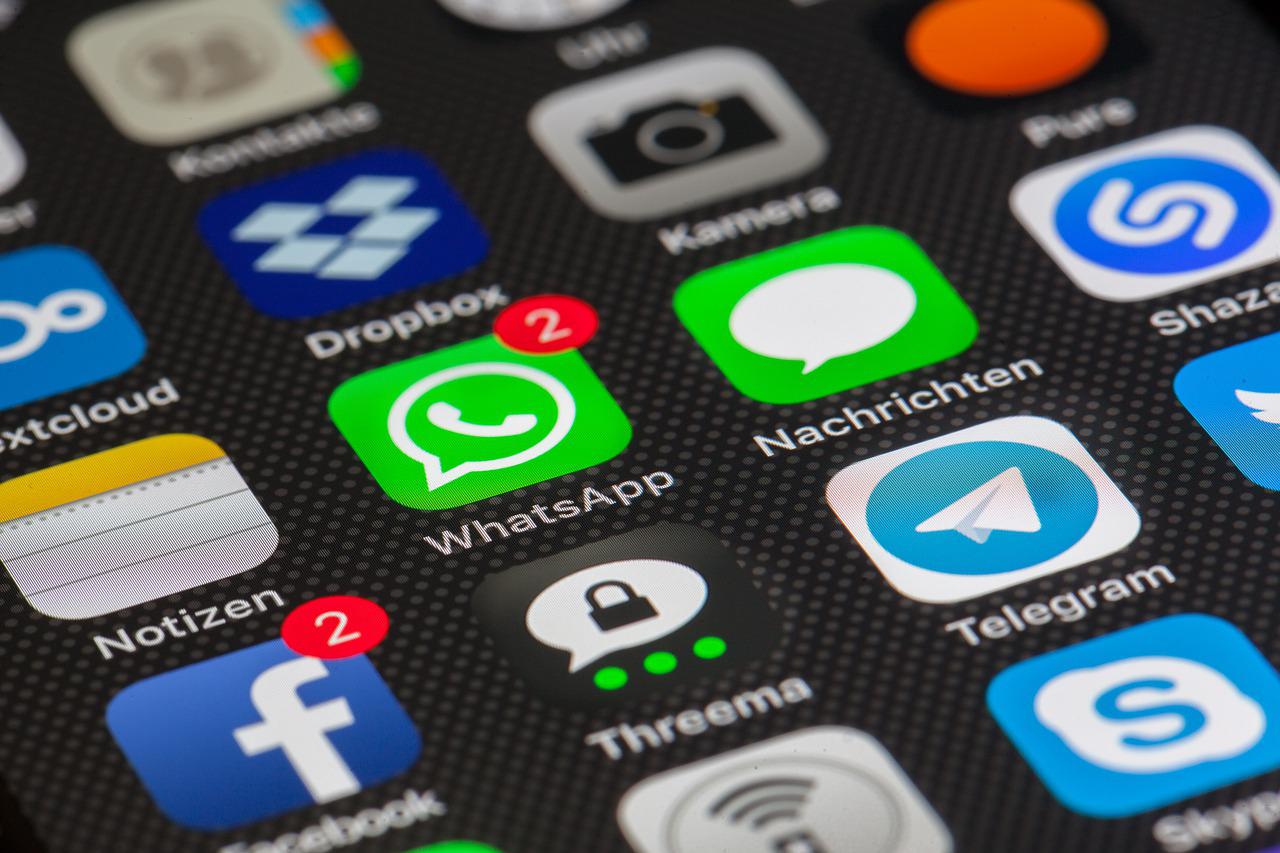 The situation in Myanmar continues to deteriorate, with news received on July 25 that four activists have been executed. The executions are the first carried out in Myanmar for several decades. The government mouthpiece, the Global New Light of Myanmar, claimed that the activists’ crimes were “giving directions, making arrangements, committing conspiracies for brutal and inhumane terrorist attacks such as murder and causing the death of many people”. One of those executed was veteran democracy activist Kyaw Min Yu, better known as Ko Jimmy. According to a report on CNN, “Ko Jimmy became a prominent student activist in Myanmar during the mass popular uprising against the then-military regime in 1988. He spent about 15 years behind bars for his activism and involvement in the 8888 demonstrations and 2007 Saffron Revolution.” According to local media, Ko Jimmy was detained in October 2021, accused of organizing guerrilla attacks on junta targets and charged with treason and terrorism offenses. The regime also wanted him for allegedly inciting unrest because of social media posts criticizing the coup.”

Social media has become a tool used by the Tatmadaw (Myanmar military) to subdue dissent by activists as they seek freedom of expression and the protection of human rights. Such executions are an absolute low point in the life of any country. Especially when those in power use the law to persecute rather than protect the people.

Social media penetration in Myanmar is very high, considering it is still among the least developed countries. In 2021, just before the military takeover, it was reported that Myanmar had 69.4 million mobile phone connections for a population of 54.6 million; around 53% of the total population were social media users, with 63% within reach of Facebook advertising. As social media has become ubiquitous in Myanmar, Facebook has become the social media platform of choice for most of Myanmar’s population, with around 90 percent of mobile phone users relying on it to get news and other information.

Within two weeks of the coup d’état, the rule of law had effectively been replaced by military edicts. The United Nations Human Rights Council reported that the State Administrative Council

effected changes to the Penal Code, Criminal Procedure Code, Ward and Village Tract Administration Law and Law Protecting the Privacy and Security of Citizens. As a result, it effectively criminalized both perceived intent and actual criticism of the authorities; and permitted warrantless searches, seizures, arrests, surveillance, and interception of communications.

Since the military takeover, social media has also been used by the resistance, particularly young people and the many ethnic armed groups, officially called ethnic armed organizations (EAOs) by the government of Myanmar, to coordinate activities. Unfortunately, many young activists appear unaware of the surveillance of social media by the Tatmadaw or the perils of posting even from the Thai side of the Myanmar border.

Even before the coup, the Tatmadaw was accumulating Israeli-made surveillance drones, European iPhone cracking devices and American software that could hack into computers and upload their contents. Some technology, such as satellites and telecommunications upgrades, allowed the populous to go online and become part of the social media revolution. In the hands of an unlawful regime, they could be used against the same populous to whom they gave the earlier freedoms.

Technology companies are developing tools to provide better protection to users from reprisals. However, using these tools requires a level of knowledge and security awareness. In May 2021, the International Crisis Group reported that:

Although digital security habits have improved significantly since February 1, including through the uptake of VPNs and encrypted messaging applications such as Signal, it is largely younger and better educated users who have tightened up their practices. There is still a significant knowledge deficit in some demographics, which is particularly concerning given the array of tools the Tatmadaw has to target users.

This issue was brought home to the authors in the case of a Myanmar colleague. The colleague, her sister and 11-year-old niece had to be smuggled out of Myanmar to Mae Sot in Thailand because they supported the demonstrators during the early days of the coup. They had become aware that arrest warrants were out for them and fled. After raids on their house in Yangon, they arranged for their mother to join them in Thailand. The colleague continued to use social media even during her exile in Thailand until she closed it down following several entreaties from her colleagues. She was openly reposting material from various sources to her friends and contacts. She was risking her freedom because she was acting as an echo chamber to her circle of social media contacts. Her actions were even more serious as the posts would have violated Thailand’s cybercrime legislation. She seemed to be oblivious to the fact that authorities in both Myanmar and Thailand would be monitoring social media posts, particularly from refugees at the Thai border. It has not been unheard of the Myanmar military crossing the border or the Thai authorities pushing refugees back across the border into the hands of the Myanmar authorities.

In June 2022, the United Nations Office of the High Commissioner for Human Rights decried the use of internet shutdowns and invasive surveillance to undermine widespread public opposition and prop up its attacks on the people of Myanmar. Access to online information is a matter of life and death for many as they seek safety from the military and try to navigate the devastating economic and humanitarian crisis.

Prohibitions on access to the use of the internet and social media impacted access to critical information and guidance on COVID-19 prevention measures. It was also considered to lead to increased gender-based violence risks for women and impede their access to life-saving services

Soon after the coup, Facebook banned the Tatmadaw’s official Facebook page, the Tatmadaw True News Information Team and that of its military spokesman.

Reuters reviewed thousands of social media posts in 2021 and “found that about 200 military personnel, using their personal accounts on platforms including Facebook, YouTube, TikTok, Twitter and Telegram, regularly posted messages or videos alleging fraud at the election and denouncing anti-coup protesters as traitors”.

In December 2021, Facebook banned all Myanmar military-controlled businesses from its platforms. The action was based on “extensive documentation by the international community and civil society of these businesses’ direct role in funding the Tatmadaw”. Around the same time, Rohingya refugees commenced proceedings in a California court against Facebook for $150bn “over claims the social network is failing to stem hate speech on its platform, exacerbating violence against the vulnerable Myanmar minority”. Their complaint argued that Facebook’s algorithms “promote disinformation and extreme thought that translates into real-world violence”

Social Media and the “Law”

The 2013 Telecommunications Law, which is still current, introduced some somewhat draconian provisions that impact the users of telecommunication services. The most controversial clauses are sections 66 and 67, where the following offences are specified:

This law was promulgated under a military-dominated government. In common with much of the anti-fake news legislation in Southeast Asia, the offences remain poorly defined.

In 2021 the law was to be superseded with a more draconian Cybersecurity Law, which was subsequently withdrawn. In 2022 an even more unacceptable version was prepared. In this case, two sections of the 2022 draft are particularly relevant. The use of Virtual Private Networks (VPNs) and similar tools require permission from the Ministry “to set up, access and use networks that are licensed under the Telecom Law” (s. 90). The illegal use of a VPN will result in a prison term of one to three years and a fine. In the current circumstances, this would effectively criminalize access to Facebook, which the military has blocked since 4 February 2021. As most people in Myanmar use VPNs to access Facebook, any post on Facebook could create evidence of a crime. Even encouraging VPN use could result in imprisonment of up to three years or a fine

A penalty of from one to three years or a fine applies to “[a]ny person who is convicted of creating misinformation and disinformation with the intent of causing public panic, loss of trust or social division on cyberspace” (s. 91). Again, there is no definition as to what constitutes misinformation; disinformation; intent to cause public panic; loss of trust; or social division. Further, any person convicted of cyber violence with an intent to threaten or disturb national sovereignty, security, peace and stability, the rule of law, and national solidarity shall be imprisoned for two to five years and receive a fine. In the hands of a despotic regime, there is plenty of room to obtain a conviction. Significantly, the Law would have extraterritoriality (s. 2). Myanmar citizens must be aware regardless of where they post on social media, should they even want to return to Myanmar.

Myanmar is an extreme example of the use and abuse of social media. It shows what can happen if there are no strong governance structures. If there are not, the rule of law can break down, and widespread abuses of human rights can occur and, at times, encouraged. Governments need to regulate state and non-state actors in this regard. At the same time, using social media to oppose the government is a relatively new and powerful phenomenon. It is not only used locally but also sells its message to the world. The Tatmadaw regime has completely distorted the rule of law in the 21st Century. There is a lack of fairness in the law as the drafter, the user, and the enforcer are the same players who created the mechanism to eliminate dissent and support it to maintain power. However, even though social media is the only hope of the regime’s opponents to spread their message to the world, it is also a spear that can return to identify and harm the poster.

Another issue that has arisen and is challenging to overcome is that of social media becoming an echo chamber where people accept what they see and forward it to others. This has been a pressing issue in Myanmar, especially where Facebook became the primary source of news and communication because of its early introduction. There needs to be education at all levels to cross-check information sources. There is also an urgent need for social media users to be aware of privacy issues associated with open social media platforms.