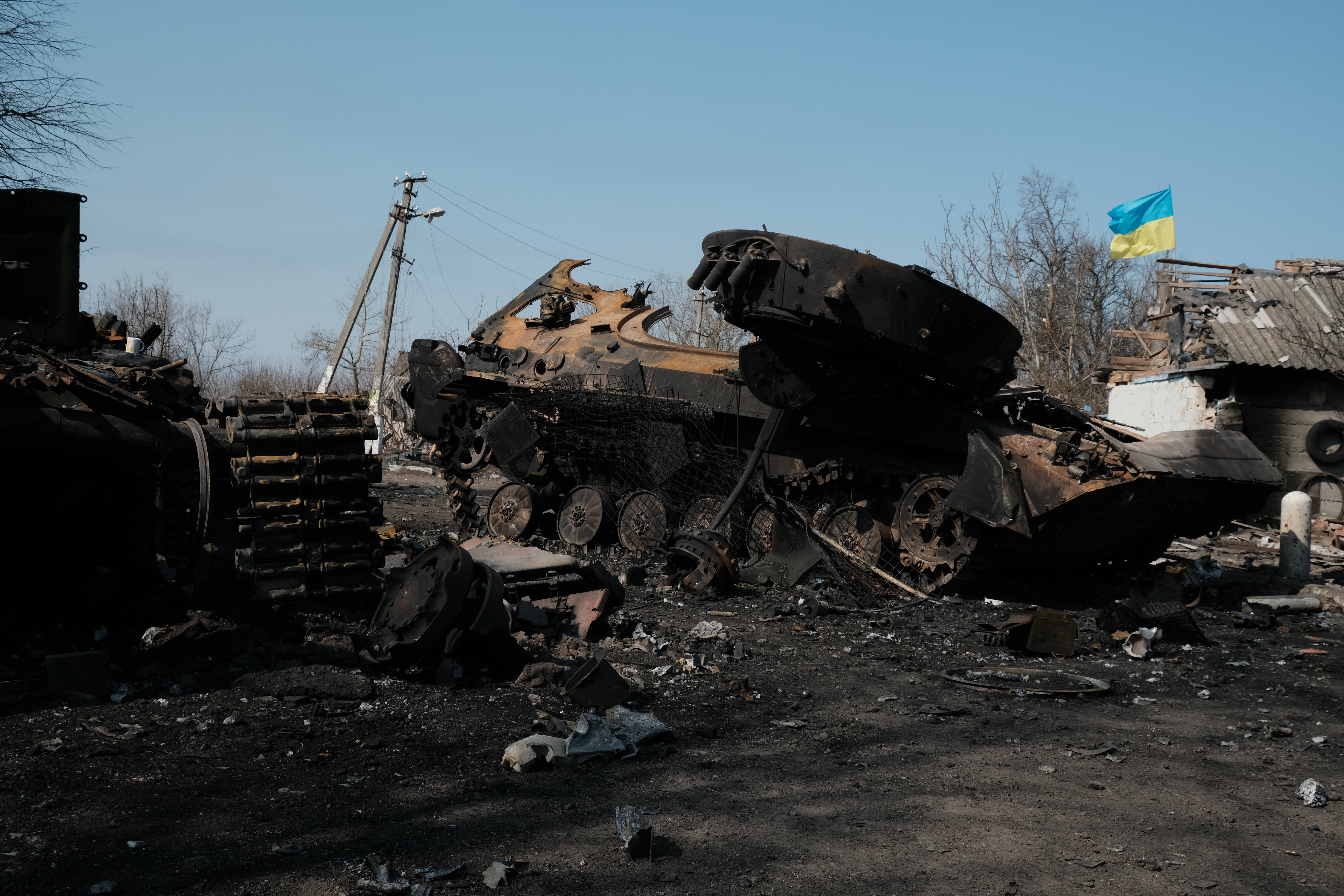 “The bottom line is this – we have a political moment here, where the world is somewhat united about doing something about Russia, particularly the crime of aggression,” said David Crane, former Chief Prosecutor for the Special Court for Sierra Leone and founder of Global Accountability Network (GAN).

What action the world will take in prosecuting Russia has yet to be decided. And time is of the essence.

“This time next year, Ukraine is going to be a backstory,” Crane said. “And I’m really concerned about that.”

On July 6, GAN’s Ukraine Task Force, under Crane’s leadership, released a white paper proposing the establishment of an international tribunal for Ukraine. The tribunal would be similar to the model used in Sierra Leone, where during Crane’s tenure, former Liberian president Charles Taylor was convicted of war crime in 2012.

Crane discussed using “the practical aspects” of the “success story that was the special court for Sierra Leone,” and also noted how the situation in Ukraine differs from that of Liberia.

In Sierra Leone, the Special Tribunal investigated war crimes and crimes against humanity. For Ukraine, Crane explained that a special tribunal would investigate crimes of aggression, as defined by Article 8 bis of the Rome Statute. The international crime of aggression stems from the crimes against peace theories from the Nuremberg trials that followed World War Two. The crime has never before been prosecuted in the modern era. GAN’s white paper sets forth the crime’s elements.

For the International Criminal Court (ICC) to have jurisdiction over the crime of aggression, the aggressor must be a State Party to the Rome Statute. Russia, however, is not a State Party to the Rome Statute. Alternatively, the ICC could have jurisdiction if the United Nations Security Council (UNSC) requested the ICC to investigate the matter. Russia, however, a sitting member of the UNSC, would be sure to exercise its veto power in this scenario. The powerlessness of the UNSC further separates the scenario in Ukraine from that of Liberia. The white paper nonetheless proposes this alternative: establishing a special court through the United Nations General Assembly (UNGA), which would require a two-thirds majority of the members present and voting. Crane explained additional nuances with respect to the UNGA.

“Their resolutions don’t have legal authority in the sense that they can’t mandate and they can’t compel as the Security Council can. But certainly it carries just as much weight when two thirds of the world authorizes the Secretary General to enter in that bilateral agreement. And this was upheld in our appellate chamber in West Africa – that the UN can separately enter into a bilateral agreement with another member state to create international tribunals.”

If such a UNGA bilateral agreement is established, a special tribunal would be created and would have statutory authority to bring forth cases over certain subject matter, personal, and temporal jurisdictions. In the Ukraine’s case, investigators would start developing and gathering evidence related to Russia’s crime of aggression. Crane explained the subsequent indictment process, which would likely center around Russian president Vladimir Putin.

“The appointed prosecutor, an international prosecutor most likely, would issue an indictment along with an arrest warrant against Vladimir Putin, who is really the central point. He is the person under the elements of the crime. He is the person that directed this to happen. This is a leadership crime, and he is the leader.”

Crane further explained that although Putin is “no longer a legitimate head of state,” indictments will carry additional legal weight.

“Putin will be an indicted international criminal,” Crane said. “So once those arrest warrants will be issued, all nations will have an obligation to arrest him should he leave Russia. He won’t be able to leave Russia. . . . Once those indictments get issued Putin will legally be forever illegitimate. It will be a political and at most legal embarrassment to deal with this man.”

An individual subject to an indictment does not have to be in the court’s custody for the court to proceed. In the case of Charles Taylor, the Special Court waited two years to gain custody of the former Liberian president. Crane explained that although “there may never be a political opportunity by which Russians hand [Putin] over,” because there is no statute of limitations, Putin’s indictment will stand “until he dies.”

Crane noted such long-standing indictments are precedential, explaining “we’re still issuing indictments and prosecuting camp guards for Auschwitz and DACA.” Analogous to the way in which these World War Two camp guards have been criminally charged with non-leadership crimes against peace, Crane noted the possibility of indicting others in Russia in addition to Putin. In the case of Russia, Crane advocated for holding accomplices to Putin’s crime of aggression liable through a complicity theory.

“I’m advocating that you can also aid and abet an aggression, so that those who aided and abetted Vladimir Putin in invading – such as the political side as well as the military side – these individuals could also be indicted for aiding and abetting an act of aggression. This would be the first time ever, but I think it’s legally supportable​​.”

Crane remained steadfast in his sense of urgency to hold Russia accountable.

“We have to get going – this has to be approved and moved on,” Crane said. “And we can. That’s the  good news – we’ve done this before and we can do it again.”