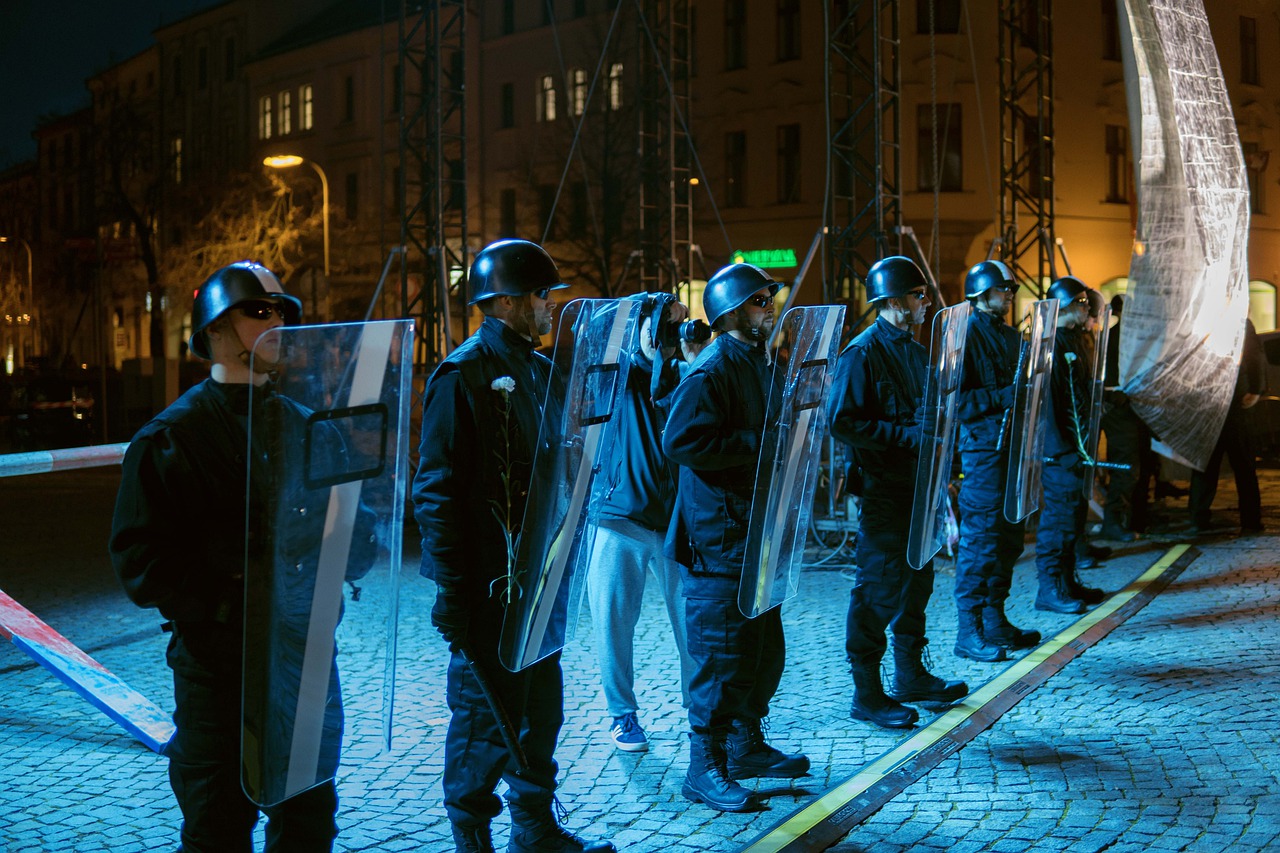 The no-knock warrant — a search warrant that authorizes police officers to enter certain premises without knocking and announcing their presence or purpose before entering — is a source of contention in America today. Its element of surprise and extirpative effects makes it a powerful yet contemptible militarized tactic. In this respect, reference is made to the lethal use of force that continues to see the militarization of Black bodies in America. Reference is also made to the military-like force police use against Black Americans during the execution of no-knock warrants. This is particularly true of SWAT officers’ killing of Amir Locke, a 22-year-old man who was killed by Minneapolis police as they conducted a raid on his apartment on February 2. Although Locke was not named in the subitaneous warrant, it’s not difficult to imagine how incidents such as these quickly transition into ground warfare. To be sure, a 2017 study found police officers are more likely to kill civilians when they use militaristic force and have access to armaments.

As early as 1822, American police have executed no-knock warrants without notice. Then in the 1900s, search warrant laws took a new turn. States began to require police officers to knock on a suspect’s door. While police officers were permitted to enter, execute a search warrant, and make an arrest, they could only do so after they identified themselves to the occupant. Howbeit, courts frowned upon this rule. Justices issued opinions that undermined the Fourth Amendment right to be protected against unreasonable searches and seizures. Those opinions had a knock-on effect that caused the issue to migrate to the appellate courts. In Commonwealth v. Reynolds, the court held police officers could break into an occupant’s home after having announced their presence and being refused entry by the occupant. This rule spawned confusion amongst the circuit courts. Lawyers filed petitions of certiorari asking the U.S. Supreme Court for guidance. In Wilson v. Arkansas, the Justices issued a ruling that police officers must first knock, identify themselves and their intent, and give the occupant a reasonable amount of time to allow them into the residence. However, the U.S. Supreme Court carved out an exception to the Wilson rule in Richards v. Wisconsin. In a unanimous decision, the Justices held no-knock entries are justified when police believe the announcement of their presence may cause them danger or, result in the destruction of evidence.

It is worth stating at this point that thirteen American states have laws that explicitly authorize no-knock warrants. Statistics show these warrants are routinely granted in twenty other states. What does this tell us? Well,  it illustrates the lack of concern for human life in America is ubiquitous and approbated by law. Suffice it to say, we may need to go deeper. International leaders claim that America operates a legal system that detects, prosecutes, and, punishes acts that constitute serious harm. However, after listening to the voices of activists, there is no way we can agree with this idea. First, Black political activists maintain America lacks a system of justice for Black Americans. Second, under the current system, there is a low rate of accountability for police crimes. Third, when government officials are held to account for harm done to Black Americans, it is often attributed to negative media exposure. Take the George Floyd Justice in Policing Act (H.R. 7120) and the Justice for Breonna Taylor Act (S.3955) as an example. Both bills would ban chokeholds, harmful police tactics, and the use of no-knock warrants. But these bills appear to be nothing more than a façade to direct public ire away from Derek Chauvin’s suffocation of George Floyd.  It cannot be denied that the majority of police violence incidents occurred before the bills were introduced. However, neither of these bills have made it passed the House. On reflection, it seems more accurate to say there is an ineffective and illusory system of justice for Black Americans.

Another key point is America has no legislation that holds American police to account when they infamously employ a variation of injurious practices that encroach upon a civilian’s human right to life. Life has inherent value because it is a prerequisite to exercising other rights and freedoms. If true, then we cannot ignore that extrajudicial executions take unlawful possession of this inherent value. This concept is realized through power imbalances that induce police violence. It also results in unequal life chances and remedies for Black Americans. Of course, many legal practitioners will probably disagree with this assertion, as the U.S. Constitution contains the Eighth Amendment, which is said to protect against the infliction of cruel and unusual punishment. They may also point to 42 U.S.C. § 1983 given that it allows for civil action for deprivation of rights. While it is true that both allow for some right of action, it does not necessarily follow that institutions will exercise their discretion to grant it. Moreover, neither the Eighth Amendment nor 42 U.S.C. § 1983 contain language that explicitly holds police officers to account for torture and extrajudicial executions.

American leaders ratified the International Covenant on Civil and Political Rights (“ICCPR”) in 1992. However, American citizens cannot bring individual complaints under the ICCPR. This is problematic for Black Americans because it gives them little protection over their own lives. Article 6 of the ICCPR has two components. Its positive component obligates States to adopt measures that allow one to live. Its negative component recognizes the right of individuals not to be arbitrarily or unlawfully deprived of life by the State or its agents.

In the 1970s, the Human Rights Committee (“HRC”) heard Suárez de Guerrero v. Colombia, a case involving a police raid that was carried out in the belief that a kidnapped Ambassador was being held prisoner. Police concealed themselves inside a house and waited for the suspected kidnappers. Seven people eventually entered the house. When they did, police shot and killed the civilians. The police also continued to fire at the victims as the victims attempted to shield themselves from being killed. Despite the killings, police were acquitted in domestic courts. The HRC found the killings to be disproportionate. It also found police breached Article 6(1) when they arbitrarily deprived Suarez de Guerrero of her life. Legal advocates have interpreted this case to mean police cannot always rely on domestic laws to escape Article 6 liability.

According to the #EndAllNoKnocks campaign, police officers commonly cite  “exigent circumstances” to justify forcible, military-style entry. Article 6’s prohibition on the “arbitrary” deprivation of life would hold American police to account, as it signifies that life must not be taken in unreasonable or disproportionate circumstances. Black Americans should be able to bring a complaint before the HRC regarding extrajudicial executions. This would ensure that America and its agents safeguard the principle of proportionality in their responses to no-knock warrants and police brutality. Furthermore, America needs an independent oversight committee that continuously investigates incidents of police violence. Without it, can American leaders truly say they are advancing equity and opportunity for Black Americans across the country? Something to think about.

Quianna Canada is a BA student at the University of Arizona, an anti-racism human rights activist, a humanist, and a country condition researcher. Twitter @canada_quianna