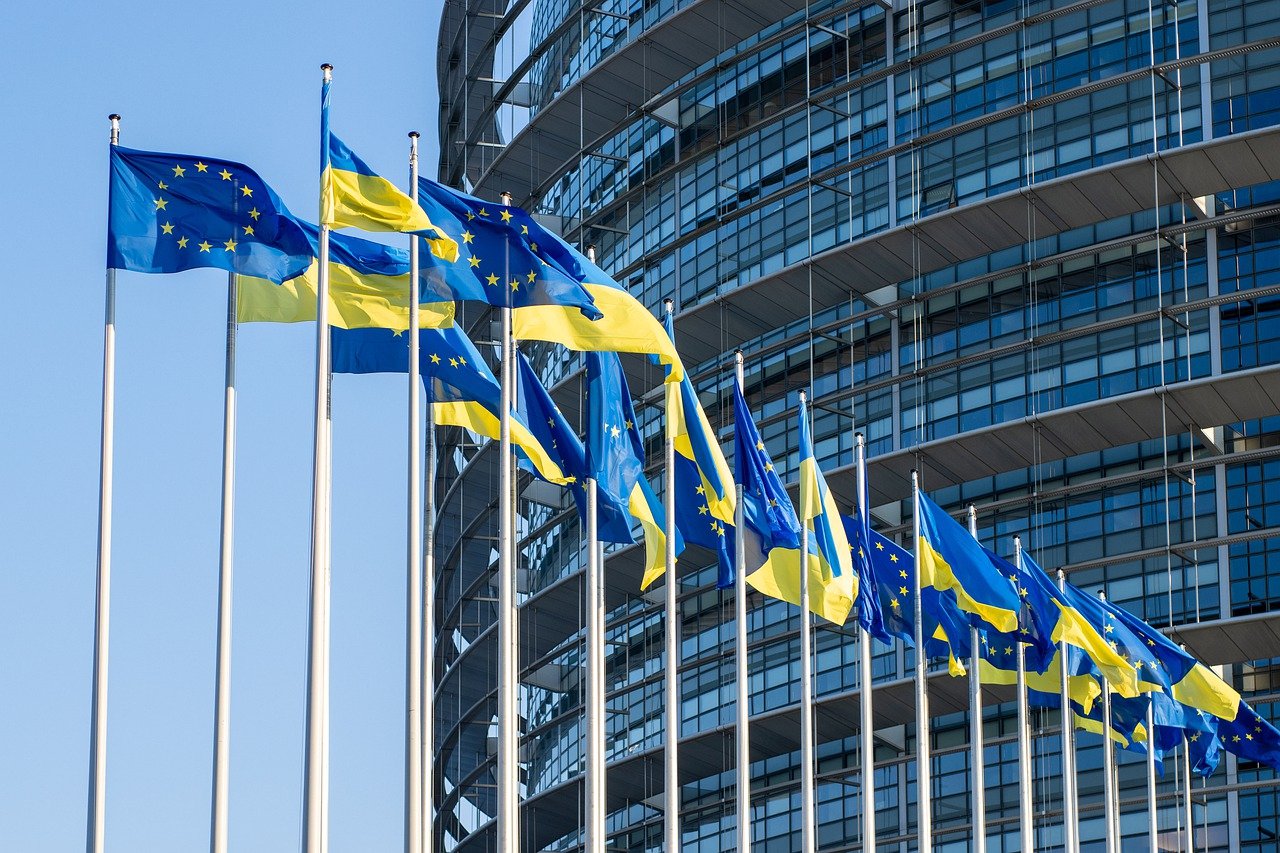 On 23 February 2022, the European Union (EU) Commission adopted a proposal for a Directive on corporate sustainability due diligence (Draft Directive). When the EU Commission opts for a Directive, in effect the EU is setting a goal that all member states must achieve, but how they get there legislatively is up to each state individually. In an Explanatory Note, the Commission argues that the Draft Directive “would advance respect for human rights and environmental protection, create a level playing field for companies within the Union and avoid fragmentation resulting from the Member States acting on their own.”

The proposal joins a growing list of mandatory due diligence laws that have been adopted or are in the process of being adopted in jurisdictions around the world. Examples include Germany’s Supply Chain Due Diligence Act (2021), Norway’s Transparency Act (2021), and France’s Duty of Vigilance Law (2017).

The Draft Directive will complement several regulatory initiatives that the EU has launched in the past few years including the Taxonomy Regulation, the Sustainable Finance Disclosure Regulation, Non-Financial Reporting Directive, the so-called Conflict Minerals Regulation, and Directive 2011/36/EU on preventing and combating trafficking in human beings and protecting its victims.

This article offers an overview of the Directive and highlights the most important aspects of the EU’s due diligence law, including its strengths and weaknesses.

What is the subject matter of the Supply Chain Directive?

“This Directive lays down rules

(a) on obligations for companies regarding actual and potential human rights adverse impacts and environmental adverse impacts, concerning their operations, the operations of their subsidiaries, and the value chain operations carried out by entities with whom the company has an established business relationship and

(b) on liability for violations of the obligations mentioned above.”

The Draft Directive’s due diligence obligations relate to actual and potential adverse human rights and environmental impacts. Under the Draft Directive, an adverse human rights impact is “an adverse impact on protected persons resulting from the violation of one of the rights or prohibitions listed in the Annex, Part I Section 1, as enshrined in the international conventions listed in the Annex, Part I Section 2.” The list of rights or prohibitions covered is extensive and includes some but not all the rights enumerated in the International Bill of Rights: the Universal Declaration of Human Rights; the International Covenant on Civil and Political Rights; and the International Covenant on Economic, Social, and Cultural Rights.

Which companies are affected by the new rule?

First are companies that have more than 500 employees on average and had a net worldwide turnover of more than EUR 150 million in the last financial year for which annual financial statements have been prepared. Article 2(1)(a).

Second are companies that have more than 250 employees (but not up to 500 employees) on average and had a net worldwide turnover of more than EUR 40 million in the last financial year for which annual financial statements have been prepared, provided that at least 50% of this net turnover was generated in a “high-risk sector.” Only three broad sectors are classified as “high risk”: (i) textile, leather, and related products; (ii) agri-food, forestry, fisheries; and minerals. Article 2(1)(b).

Will the Draft Directive affect U.S. and other third-country companies operating in the EU?

What obligations do the Draft Directive impose on companies?

Mandatory HREDD is the focus of the Draft Directive. Article 4 sets out the due diligence obligation on companies while Articles 5-11 lay out the types of human rights and environmental due diligence activities that are required. Among other things, EU Member States are obliged to ensure that:

The Draft Directive provides for monitoring and enforcement. Article 17(1) obliges each Member State to designate one or more supervisory authorities to supervise compliance with the obligations laid down in national provisions adopted under the Directive. The Draft Directive also provides for sanctions. Under Article 20(1), Member States “shall lay down the rules on sanctions applicable to infringements of national provisions adopted under this Directive, and shall take all measures necessary to ensure that they are implemented.” While it is up to the EU Member States to lay down rules on sanctions, the Directive requires that the sanctions provided “be effective, proportionate and dissuasive.” In deciding whether to impose sanctions and if so, in determining their nature and appropriate level, “due account shall be taken of the company’s efforts to comply with any remedial action required of them by a supervisory authority” Pecuniary sanctions are permitted and, when imposed, shall be based on the company’s turnover.

Article 22 (Civil liability) obliges Member States to ensure that companies are liable for damages if: (a) they failed to comply with the obligations laid down in the Directive and; (b) as a result of this failure an adverse impact that should have been identified, prevented, mitigated, brought to an end or its extent minimized through the appropriate measures occurred and led to damage. Under Article 22(3), “The civil liability of a company for damages arising under this provision shall be without prejudice to the civil liability of its subsidiaries or of any direct and indirect business partners in the value chain.”

The Draft Directive – the first mandatory regional due diligence liability framework – has drawn praises and criticisms from key stakeholders.

First, the Draft Directive adopts an ‘entire supply chain’ approach that will likely ensure that companies pay closer attention to the activities of their suppliers in the EU and third countries. Under the Directive, a supply chain is defined as “activities related to the production of goods or the provision of services by a company, including the development of the product or the service and the use and disposal of the product as well as the related activities of upstream and downstream established business relationships of the company.” Article 3(g).

Second, the Draft Directive builds on and is largely aligned with existing international standards on responsible business conduct including the United Nations Guiding Principles on Business and Human Rights (UNGPs) and the OECD Guidelines for Multinational Enterprises.

Fourth, rather than a narrow sector-specific or thematic approach to due diligence as is the case with the OECD Due Diligence Guidance for Responsible Supply Chains of Minerals from Conflict-Affected and High-Risk Areas or the OECD-FAO Guidance for Responsible Agricultural Supply Chains, the Draft Directive takes a broad horizontal approach to due diligence which means that all sectors are covered for EU’s largest companies.

Fifth, unlike some due diligence laws that target a specific class of workers (e.g. forced laborers) or specific types of work arrangement, the Draft Directive protects all workers.

The Draft Directive is weak in many respects. For example, the scope of the Directive in terms of the size of the business covered is quite concerning. The Draft Directive is only directed at the largest corporations and companies in a handful of specified “high risk” sectors. First, a lot of companies do not meet the upper threshold of 500+ employees or have a net worldwide turnover of more than EUR 150 million in a given financial year. Second, a lot of companies do not fall within the lower threshold of 250 or more employees and a net worldwide turnover of more than EUR 40 million nor do they meet the condition that at least 50% of the net turnover be generated in a handful of sectors. Finally, small and medium-sized enterprises are completely excluded from the ambit of the Draft Directive. Studies show that after all said and done, the Draft Directive will likely apply to only about 1% of EU companies. Significantly, small and medium-sized enterprises including micro companies account for around 99% of all companies in the EU. The UNGPs 14 clarifies that the responsibility of business enterprises to respect human rights “applies to all enterprises regardless of their size, sector, operational context, ownership and structure” even while admitting that the scale and complexity of the means through which enterprises meet that responsibility may vary according to these factors.

An exhaustive analysis of the weaknesses and gaps in the Draft Directive will be addressed in subsequent articles.

Given the inherent weaknesses of the international human rights regime and international environmental regime including the fact that neither regime imposes binding rules on businesses, mandatory due diligence would help ensure that companies take human rights and environmental issues in their supply chain very seriously. A mandatory due diligence framework could be very beneficial to businesses by creating legal certainty as regards expected behavior and liability. Whether the Draft Directive will indeed increase corporate accountability for adverse impacts will be a matter of considerable debate in the coming years.

To become law, the Draft Directive will have to be approved by the Council of the European Union and European Parliament. Approval is not a fait accompli and significant challenges to its adoption can be expected. Should it pass, the Draft Directive will be the first regional liability regime to oblige EU companies and some third-country companies to protect people and the environment adversely affected by their global supply chains.

In the face of controversies surrounding the work of the UN open-ended intergovernmental working group on transnational corporations and other business enterprises involving human rights and the fact that an international legally binding instrument to regulate transnational corporations and other companies concerning human rights is not expected anytime soon, more mandatory domestic and regional due diligence liability regimes can be expected.

Uche Ewelukwa Ofodile (SJD, Harvard) is a Senior Fellow of the Mossavar-Rahmani Center for Business and Government at the Kennedy School of Government, Harvard University and Scholar-in-Residence at the New York University School of Law’s Center for Human Rights and Global Justice. She is the author of many monographs and articles on intellectual property rights, technology, and the law, international trade and investment law, China in Africa, and global governance. She holds the E.J. Ball Endowed Chair at the University of Arkansas School of Law.