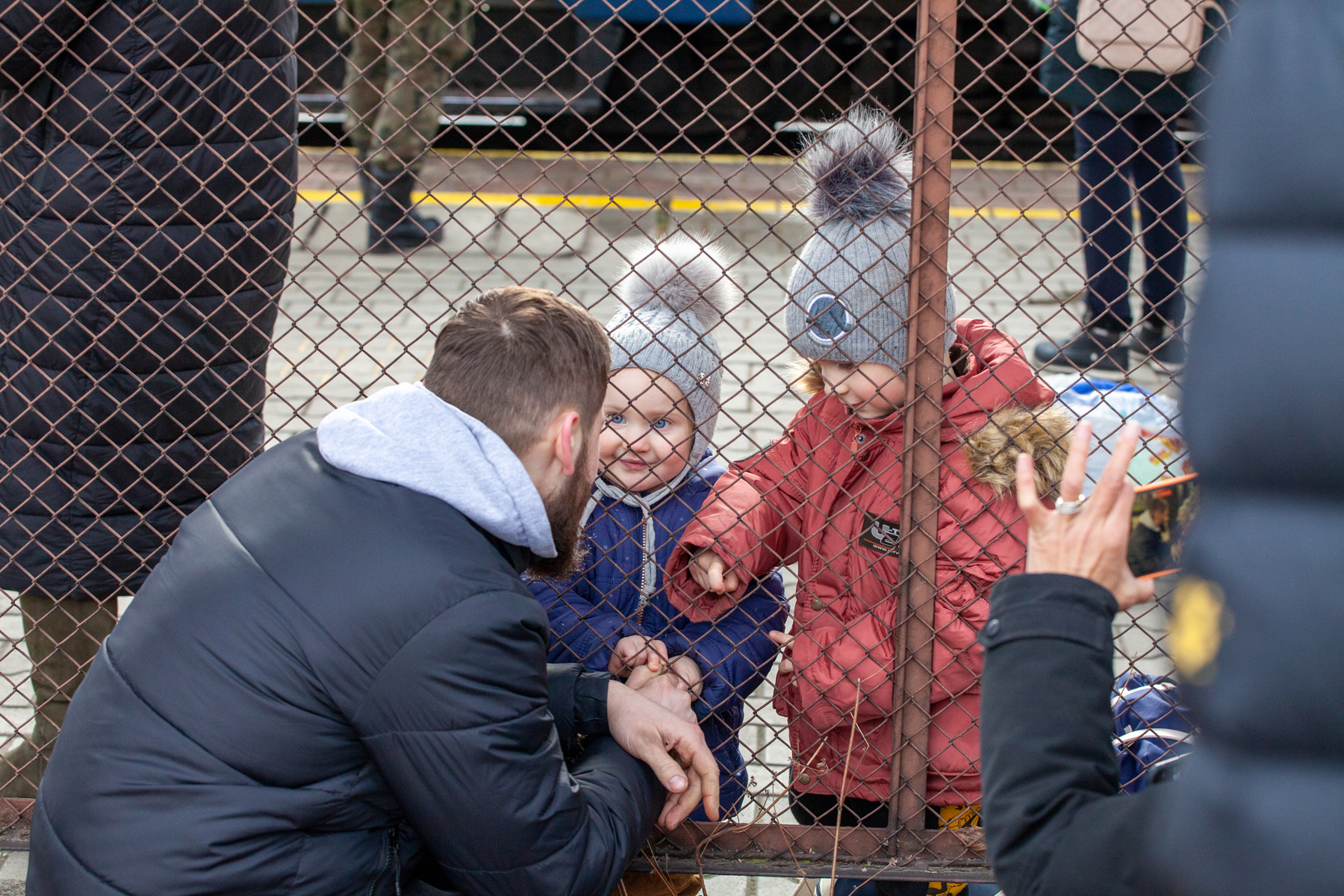 The mass exodus of women and children from Ukraine has sparked the largest refugee crisis in Europe since World War II.

More than three million refugees have poured out of Ukraine since Russia began its full-scale invasion of the country on February 24. Upwards of 1.8 million of those refugees have crossed into Poland. And while Poland and other EU member states have received praise for welcoming so many refugees, not everyone has been met with open arms. The International Organization for Migration estimates that more than 127,000 of these refugees are third-country nationals hailing from Tunisia, Ghana, Lebanon, and other countries — and many have been met with hostility at Europe’s borders.

This phenomenon can be linked to a broader refugee crisis that EU countries have been faced with for years. The conflict in Syria has displaced 5.5 million people, many of those refugees sought refuge in Europe. In 2015, over a million migrants attempted to enter Europe via the Mediterranean; nearly 30% of them (378,000) were from Syria. Faced with an influx of refugees from Syria, Iraq, and Afghanistan, Europe struggled to cope and focused on tightening border controls, and cutting off migration routes.

As recently as late November 2021, thousands of migrants from Iraq, Syria, and Afghanistan found themselves trapped at the border between Belarus and Poland. These migrants were encouraged by the Belarusian government to enter Europe, in effect weaponizing the migrants. The countries bordering Belarus went on the defensive. Migrants were kept in limbo, and in some cases illegally turned back from Poland and returned to Belarus. Left to sleep in the open, in the winter, more than a dozen died.

Given this history, how is it that Europe can open its arms to 2-million Ukrainian refugees in a few short weeks?

Unlike the refugees of past crises, Ukrainians have easy access to Europe. Individuals traveling on a Ukrainian passport can enter the European Union visa free for 90-days.

Short term residents of Ukraine, such as international students and foreign workers do not share this benefit. They are subject to entry requirements based on their country of nationality, which are often more stringent. Third country nationals may be eligible for a tourist visa or some other temporary non-immigrant visa but would generally need to have the visa processed and approved prior to arriving at the border, which can be difficult during a war.

If no visa is available, migrants may be left only with the option of seeking international protection — a lengthy, multi-step administrative process. During this process, migrants crossing land borders can be held in transition zones, stays that effectively amount to detention, for up to four weeks. During this time, migrants are granted basic procedural guarantees under EU Directive 2013/32.

Last year, the European Court of Human Rights instructed Poland to provide migrants in these zones with basic assistance. Poland failed to comply. Migrants arriving by sea are often placed in migrant processing centers, which often lack adequate shelter and access to food, and have been widely criticized by human rights organizations.

Prior to Russia’s invasion of Ukraine, most refugees seeking asylum in Europe were prevented from reaching the country in the first place. The externalization of European border controls — which necessitates visa checks before individuals can board planes and other means of traveling abroad — has made it exceedingly difficult for asylum seekers to leave their countries. If refugees cannot set foot in Europe they cannot benefit from European asylum laws. This often leaves asylum seekers with a grim choice between staying put despite grave risks, or facing untold danger to pursue undocumented travel options.

In response to the Ukrainian refugees, the European Union invoked the 2001 Temporary Protection Directive. This action provides immediate assistance and protection to war refugees by circumventing traditional asylum procedures. Invoking the directive means that Ukrainian refugees will be given one-year residence permits that will be automatically extended for a second year. These residency permits will allow them to work, access healthcare, housing, and social welfare systems, and go to school in the EU. The directive applies to Ukrainian nationals and long-term residents who are unable to return home — but not short-term residents, such as international students.

Beyond the directive, individual countries have made it easier for Ukrainians to travel around the European Union. The national rail companies of Germany, Austria, France, and Belgium are offering free-of-charge tickets for Ukrainians refugees who wish to cross the continent. There has also been a relaxing of internal border controls for Ukrainians who fled without their passports or government IDs, and an uptick in temporary (unofficial) crossing points.

This is in stark contrast to the reception of refugees from other countries. The migrants on the border of Belarus and Poland were greeted with razor-wire fencing and 15,000 military personnel. Poland amended its laws to allow Polish authorities to push migrants back into Belarus, in direct violation of international and European law. The EU allowed the law to take effect despite concerns raised. In response to thousands of migrants arriving from Afghanistan, Syria, and Iraq, and even proposed extending the duration during which Poland would be able to detain asylum seekers while processing their asylum applications — from 3-10 days to four weeks.

Lessons From the Past

It is easy to point to the legal structures that smooth the way for Ukrainians while forgetting the history of those institutions. Passport and visa regimes, as we experience them today, only emerged in the early 20th century. In the aftermath of World War I, European countries began enacting laws to restrict the free movement of people. These laws were designed to prevent the entry of refugees and individuals that governments worried might pose a security risk. Visa restrictions only tightened as Jewish refugees fled Nazi Germany making it increasingly difficult for people to flee.

Infamously, in May 1939 the SS St Louis carried 937 refugees out of Europe and headed for Cuba. When the ship arrived in Cuban waters, it was denied permission to dock. The refugees, predominantly Jewish, had received valid tourist visas, but by the time they arrived near Cuba, a new law had passed rendering a staggering majority of those visas null and void. Only 28 passengers were deemed to have proper entry documents and allowed to disembark. After the United States and Canada refused to admit the remaining 909 passengers, the SS St Louis returned to continental Europe. The refugees disembarked in England, France, Belgium, and the Netherlands. Nearly 30% died in the Holocaust, many in killing centers of Auschwitz and Sobibór others in internment camps or while hiding from Nazis, with those that disembarked in the UK having the greatest chance of survival.

The SS St Louis shows the direct impact that visas have on a refugee’s chance of survival. In the hundred years since the implementation of mandatory passport and visa regimes, the risk has only increased. Since 2014, over 23,000 migrants have gone missing and are presumed dead in the Mediterranean. Many of these migrants are fleeing war just like the Ukrainian refugees. They also deserve international protection.