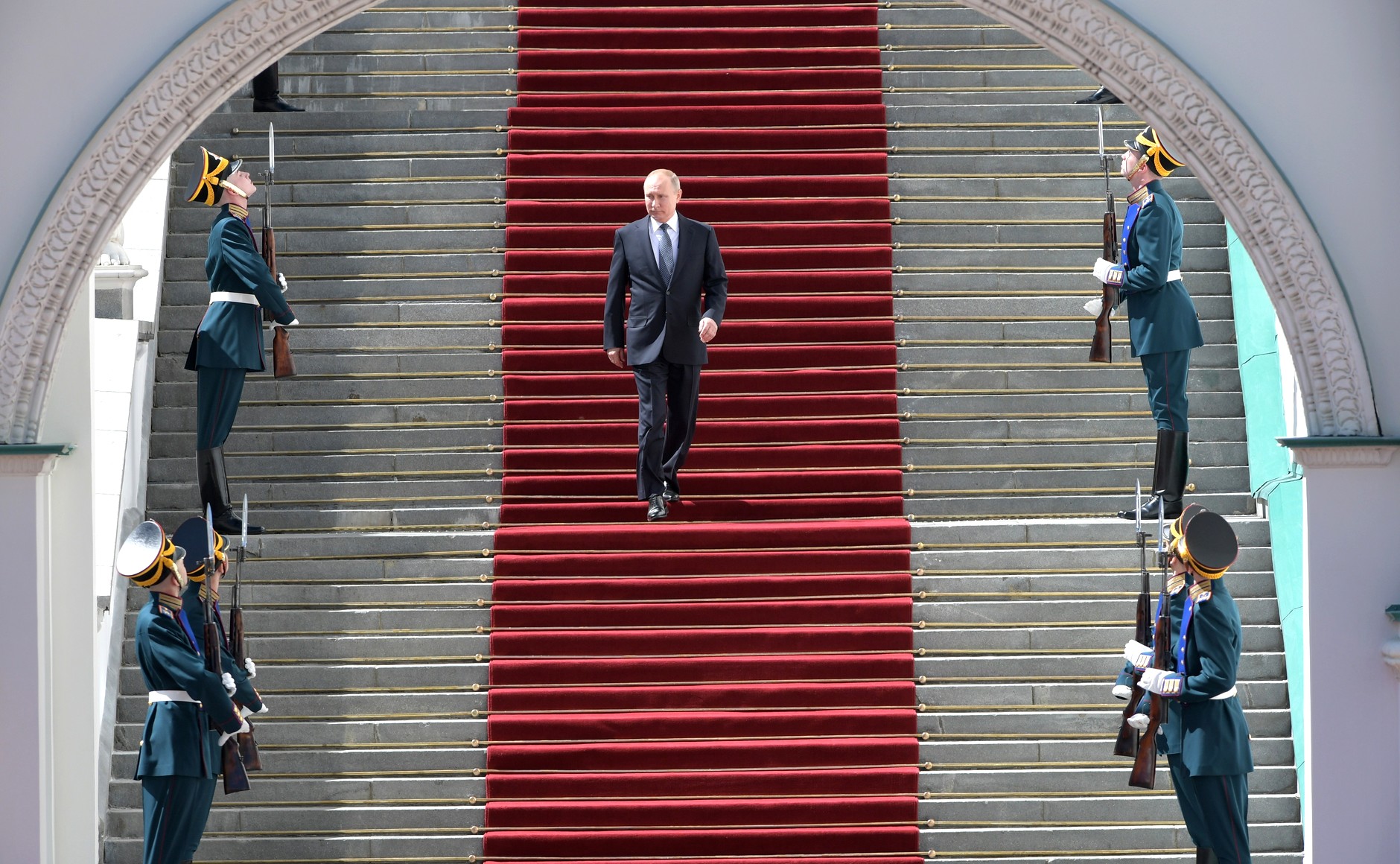 In the days that have passed since Russia’s invasion of Ukraine, many have questioned the implications of this unchecked aggression against a sovereign nation for the post-war international order. Fears have proliferated that international justice is dead, that autocracy has won. But a closer look reveals that this invasion is the product of weakness, not the victory of a strongman.

In fact, Vladimir Putin is a failure.

Despite commentators portraying him as a leading Russian juggernaut whose aggressiveness has exposed Western weakness and decadence, Putin’s record is in fact more like that of an unfortunate gambler who, unable to leave the table after yet another lost bet, snarls “double or nothing” in the hopes of finally reversing his luck. Putin’s order to put his nuclear forces on high alert is another example of raising the stakes to cover up the failure of his last bet. His use of military force in the former Soviet space, tactically clever though it may have been, has thus far failed to achieve the objectives he has set for it, namely resurrecting a Russian sphere of influence and stopping the slow but steady momentum of Ukraine and Georgia toward the West.

In Ukraine, Putin has consistently lost ground in his quest to keep the country under Moscow’s thumb. Russia’s annexation of Crimea and its instigation of a civil war in the Eastern Ukrainian provinces of Donetsk and Luhansk were not ends in themselves, but rather attempts to pressure Kyiv, and the West, to make compromises about both Ukraine’s international orientation and its domestic political structure. After accusing the West of having orchestrated the Revolution of Dignity in his speech to the Duma on March 18, 2014, in order ostensibly to affirm Russia’s right to annex Crimea, Putin declared “We understand what is happening; we understand that these actions were aimed against Ukraine and Russia and against Eurasian integration.” But rather than further “Eurasian integration,” Russia’s annexation of Crimea only made that prospect more remote, so Putin tried again, this time in Eastern Ukraine. He hoped through the Minsk Accords to cripple the Kyiv government, but that failed because Russia did not have the leverage to see the agreement fulfilled. Now he is trying a third, and perhaps final, time. One does not need to invade three times if either of the first two were successful.

Ukraine is not Putin’s only failure. In his 2008 invasion of Georgia, despite his pious invocations of the rights of supposedly persecuted South Ossetians, Putin openly told the Russian people that he wanted Georgia’s President Mikheil Saakashvili “hung by his private parts.” Despite Russia’s best efforts, however, Saakashvili remained president of Georgia for five years after the invasion, and even in his absence, Georgia has continued on a path to join NATO as it cooperates ever more closely with the alliance.

Meanwhile, Putin has been parading his budding alliance with Chinese President Xi Jinping, convincing some Western analysts that, indeed, “China and Russia joining forces sends a message that there are alternatives to the U.S.-led global order.” In practice, Russia’s pivot toward the East has been less of a boon for Russian prospects than a desperate embrace, one in which the benefits are distributed decidedly in favor of Beijing. Prolonged negotiations over pipeline construction and energy pricing have repeatedly shown that cooperation will happen on China’s terms or not at all. Meanwhile, China’s Belt and Road Initiative largely bypasses Russia, while Russia tries to protect its Arctic interests by keeping China off the Arctic Council. Hoped-for Chinese investment and market access that would help Russia become more than just an exporter of resources and commodities failed to materialize. As one Russian businessman complained, “China does not know what compromise is. There is China’s position – and that’s it.”

Most fundamentally, Putin’s goal has been to ensure Russia’s future as a Great Power by transforming its economy — and here too, he has failed. Early in his presidency, surging oil prices helped bring about a tripling of real wages and income. Between 1998 and 2008, Russia’s GDP surged by just over 100%. But all the while Putin vowed to diversify the country’s economy. In a 2005 meeting with U.S. entrepreneurs, he “stressed that the Russian economy is firmly set on a course of economic diversification and consistent formation of new innovation-based sources of growth.” During Dmitry Medvedev’s presidency from 2008 to 2012, Russia tried to encourage diversification by bolstering the rule of law and attempting to create its own Silicon Valley. As with nearly all of Medvedev’s contributions, these swiftly lost steam once Putin reclaimed the top office in 2012. In December 2014, after the annexation of Crimea, multiple waves of sanctions, and sinking oil prices caused another sharp economic downturn, Putin vowed this would be little more than a temporary setback. “Our economy will come out of this situation. How long will this take? In a worst-case scenario, I believe it would take a couple of years … after that, growth is inevitable,” he said. Despite these promises, Russian per capita GDP has barely budged since 2008, edging up only 6.3% through 2020.

After all his failures, Putin is coming back to the table one more time, and this time he is risking everything. Whether or not Russian forces manage to take Kyiv, the fallout from this war will only solidify Russia’s isolation, destroy its economy, and force its people to choose between a stagnant dictatorship or abandoning their homeland. Already, despite a distorted media narrative and mass repressions, thousands of Russians have taken to the streets to protest a war in which they were never given a say. But this last desperate gamble can end by pulling the gambler from the table before he loses everything. As Alexei Yurchak wrote, “Everything was forever until it was no more.”  Putin’s dictatorship must end sooner or later, and it would be better for the Russian people if it ended before Russia became Iran with worse weather. It’s time for the Russian people to take power back from the man who is stealing their children’s future.

Jeremy Friedman is the Marvin Bower Associate Professor of Business Administration at Harvard Business School. A historian of Russia, he has published two books on Cold War history, including most recently Ripe for Revolution: Building Socialism in the Third World (Harvard University Press, 2022).

Ingrid Burke Friedman is the Features Editor at JURIST and a fellow at Harvard University’s Davis Center for Russian and Eurasian Studies.