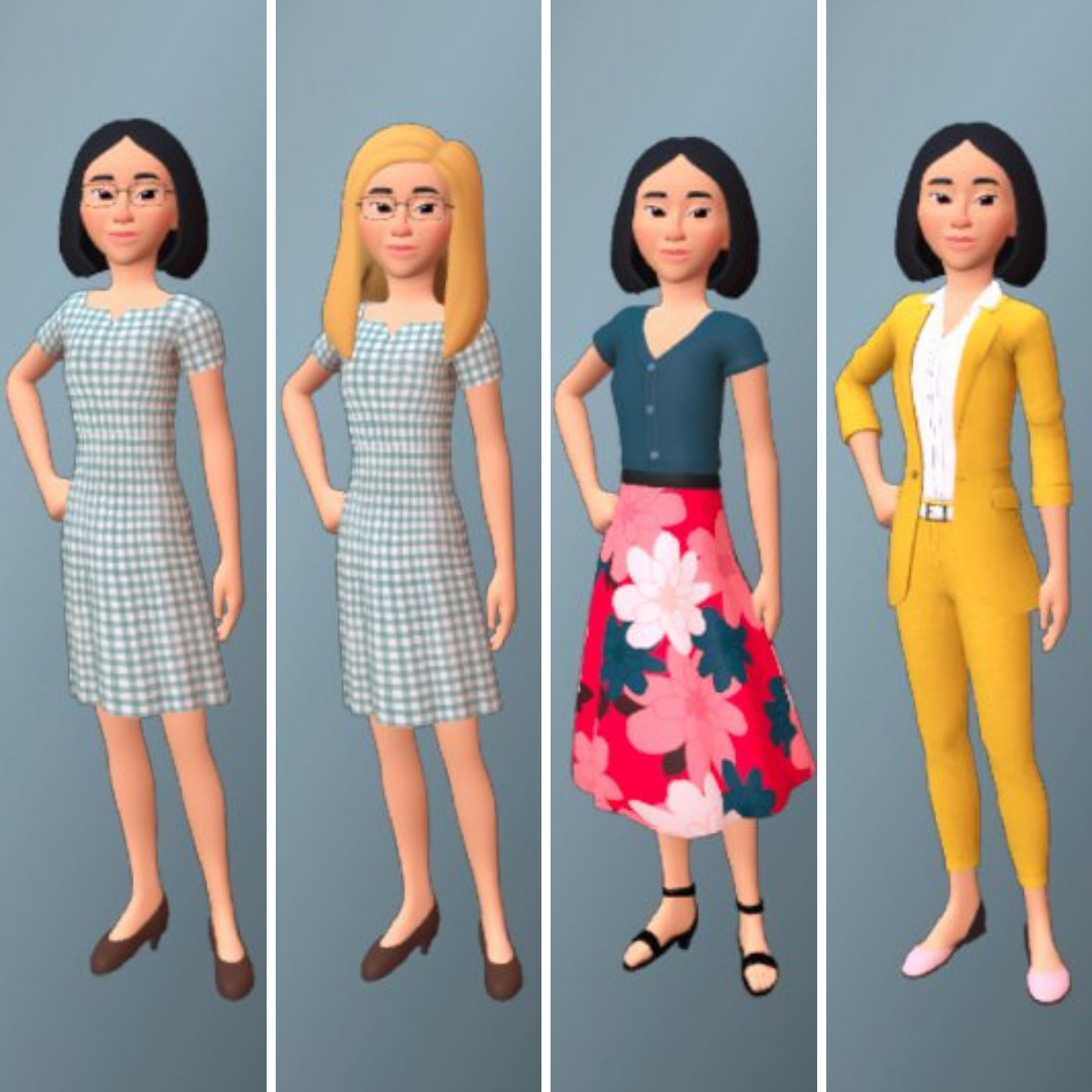 In the digital world, you can be whomever you want, whenever you want. You can even be whatever you want, as there is no general rule mandating the adoption of human form online. And while you can have multiple identities, you can also have none at all — such as through anonymous blockchain transactions. Digital identities have endless paradigm-shifting potential. In this explainer, we explore the convergence of digital identities and international arbitration.

The development of digital identities

Humans are used to juggling multiple identities. At any given moment of the day, we might be children, parents, elders, juniors, employers, employees, husbands, wives, etc.

So perhaps it’s only natural that since the earliest days of the internet, people have also created separate digital identities for themselves through the use of pseudonymous usernames and handles. This reflected the irreverent nature of hacker culture. But it also spoke of a libertarian ideal not to be judged by one’s identity in the “real world”. Perhaps Peter Steiner said it best in his famous 1993 New Yorker cartoon, in which a dog seated in front of a computer quipped to another dog seated nearby: “on the Internet, nobody knows you’re a dog”.

The digital world might have remained largely pseudonymous too if not for three accidents of history.  The first was Facebook and its unprecedented early success getting users to sign up with their real names. It did so by restricting access to College (University) communities to those with college email addresses. Once trust was gained and the physical and digital worlds were linked together, it proved immensely popular as the two overlapped and added to each other. What you said online might become conversation offline; and what you did offline might become your next post online. However, while Facebook’s success paved the way for other social networks like LinkedIn to be built on people’s “real world” identities, there are just as many – if not more – spaces where people prefer to remain pseudonymous (including Facebook itself now and its sister-network, Instagram).

The second accident of history was the absence of a currency native to the digital world. For this reason, online commerce developed on top of the world’s incumbent financial technology (i.e., credit cards) and governed by individual countries’ existing financial regulations (e.g., AML and CTF).  You can therefore be anyone you like online, but the minute you use a credit card to buy something, everyone involved in the transaction (and even some who are not) will know your real identity because it had to be verified before your bank could even issue you the card. The development of cryptocurrencies is one way to escape this by using a new, decentralised financial system.

The third accident of history is that it has proven very good business to let people express their digital identities in ever richer ways. So, as technology has improved and the medium of the digital world has progressed, our choices have graduated from username to profile pic to virtual reality (VR) avatar. This is a double-edged sword, however. On the one hand, for example, research from Goldman Sachs shows that in the online game Roblox, “the more personalized a gamer’s avatar is, the more engaged they are, the more invested they are in the platform, and the more time they spend”. Small wonder then that Roblox is investing heavily to offer users options to personalise their avatar identities, such as layered clothing, facial animations, and photorealistic skin meshes. On the other hand, many of us will recognise the agony of curating our digital selves to portray our “best selves”.

An all-encompassing digital life is not that far-fetched. Many of us already spend more time working online than offline, not to mention connecting online with our family, friends and colleagues. Will we soon be able to – or be obliged to – legally recognise our digital identities as equal to – or even more important than – our physical identities?

First though, what is it like to create a digital identity in the Metaverse, the next frontier of the digital world?

Creating an avatar in the Metaverse

To quote Mark Zuckerberg again, the Metaverse will be the “next chapter of the Internet… an embodied internet where you’re in the experience, not just looking at it”. In plain English, this is virtual reality: an immersive digital experience. When Zuckerberg announced his company’s first suite of Metaverse products in October last year, he chose to represent himself with a virtual avatar which looked just like his physical self: short hair, black jeans and white sneakers. But his friend and colleague Andrew Bosworth chose to be a giant friendly robot. In the Metaverse, you really can be whomever – or whatever – you want.

We have been exploring the Metaverse using Meta’s Oculus Quest 2. When designing their avatars, users have the option to select their “physical features” and “clothing and accessories”. Under “physical features”, there are 14 parameters including body shape, skin tone, hair, face shape, face markings, face lines, eyes, eyebrows, eyelashes, nose, mouth and facial hair. And under clothing and accessories, there are seven parameters including outfit, eyewear, head-ware, bindi, ear piercings, nose piercings and hearing devices. Meta hopes in the future that independent creators will design even more appearances for sale.

Above, you will find Lizzie’s avatar. You can see how subtle differences in her choices of physical features, clothing and accessories affect how she looks – and how you might perceive her.

Implications for the practice of international arbitration

Our experience raises interesting questions for the international arbitration community to consider:

Should we expect an alignment of digital and “real” identities?

In a future world where more and more arbitral events and proceedings are conducted online, will we expect participants to use their “real” (i.e., legal) names and affiliations? Will we expect or require people’s avatars to use at least some of the characteristics of their physical selves, such as gender, skin colour and age?

And will we draw the line at appearing as a giant friendly robot in a formal hearing? Or an online conference? And if we do, what does this say about our implicit biases towards the way people look, sound and act?

The concept of trust is essential to the legitimacy of the international arbitral system, which includes trusting the appointed arbitrators to resolve a dispute. So it was notable when after Lizzie hosted the world’s first VR gathering for international arbitration practitioners, a participant said that they would hesitate to nominate an arbitrator if they had only met their virtual avatar. Does this stem from the currently cartoonish appearance of an avatar in the Metaverse? Or is there something more profound which makes an interaction in virtual reality less legitimate than a phone call, email or Zoom?

In addition, it is current practice to identify arbitrators by their real names in procedural orders and awards. This is for several reasons, including understanding their particular approach to decision-making and legal issues; helping them build their public profiles; for parties and counsel considering future arbitrator nominees; and for collecting data on diversity and other outcomes.

But our experience in the Metaverse made us wonder: is an arbitrator’s “real” identity relevant at all? Some new or proposed forms of arbitration already involve anonymous decision-makers. For example, in Dusko Martic’s proposed “blind arbitration”, arbitrators are selected based only on criteria like subject-matter expertise. Some blockchain arbitration systems, such as Klero’s, use anonymous human “jurors” to decide disputes.

Issues also arise from not having a “real” identity at all. As discussed above, an alternative financial system is emerging to keep users anonymous. Thus, parties transacting in the Metaverse may never know each other’s real or legal identities.

However, some online arbitration rules already allow parties to remain anonymous. For example, this is permitted by the Digital Dispute Resolution Rules (Rules) published in April 2021 by the UK Jurisdiction Taskforce. However, while the parties are generally allowed to stay anonymous in relation to each other, they must still “provide details and evidence of their identity to the reasonable satisfaction of the tribunal”. Such details may be required, for example, to comply with anti-money laundering laws or with international sanctions. The right to anonymity even inter parties is not absolute, however, as the tribunal may disclose these identity details if it is “necessary for the fair resolution of the dispute, for the enforcement of any decision or award, for the protection of the tribunal’s own interests, or if required by any law or regulation or court order”.

Enforcement similarly becomes complicated when digital assets are held by anonymous digital identities. Since tribunals have limited power to compel third-party crypto exchanges to act, parties may consider seeking court orders to “compel crypto exchanges to provide details of their customers (for anonymous accounts) or freeze the account of an unknown party who could be referred to as “beholder of the crypto wallet”.

Ultimately, digital identities are highly likely to become more and more congruous with our “real identities”, sparking a number of legal and procedural questions for the international arbitration community. So as not to leave the issue of digital identities to develop in an ad hoc and potentially inconsistent way, it may be worth the international arbitration community proactively considering the norms of engagement we think will serve us best.

Elizabeth (Lizzie) Chan is an international arbitration counsel based in Hong Kong. She is also an Administrator of MetaverseLegal, a decentralised LinkedIn page dedicated to exploring the legal implications of the Metaverse.

Graham Rhodes is an investor based in Hong Kong. He writes the Longriver blog.