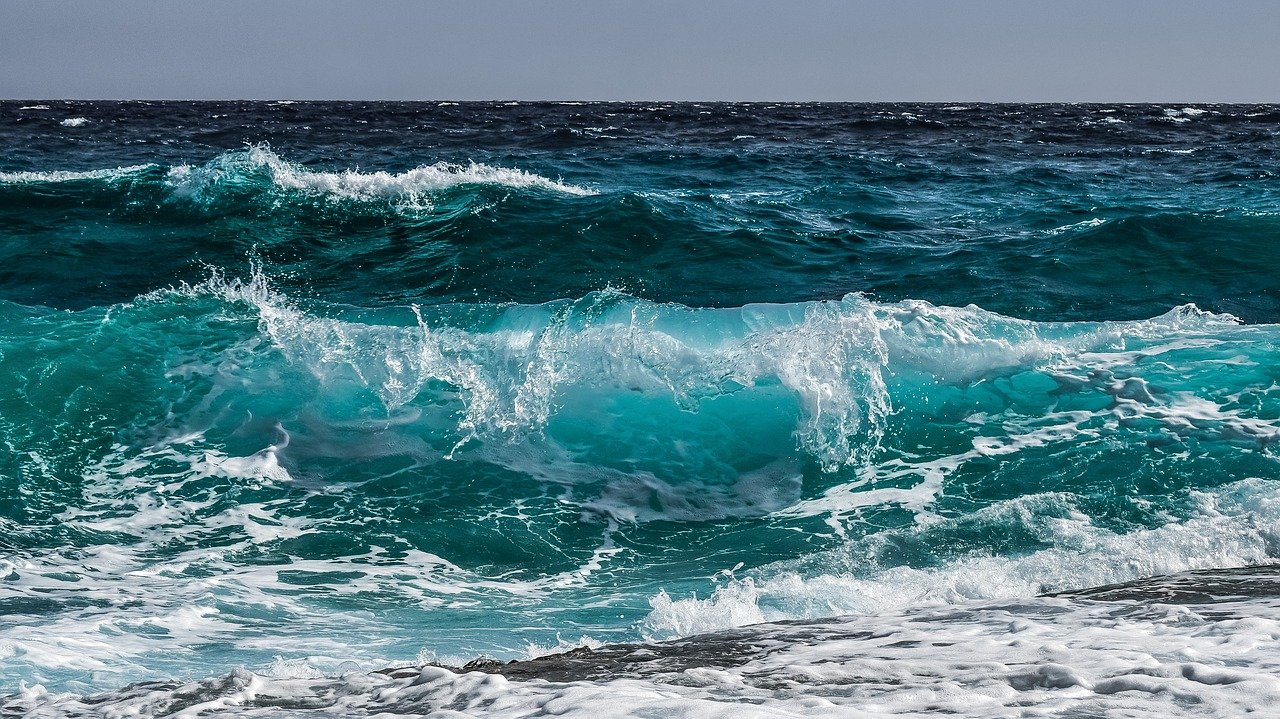 As conservation organizations and governments around the globe grapple with the devastating effects of climate change and overexploitation, the legal battle fought over the critically endangered North Atlantic right whale (Eubalaena glacialis), one of the world’s most endangered large whale species, may provide insights into how litigation can help—or hinder—efforts to save species from extinction.

In October 2021, scientists estimated there were only 336 individuals left; the lowest number in nearly 20 years. With pre-exploitation numbers in the thousands, the whales were hunted to the brink of extinction by the turn of the twentieth century due to their high blubber content, which yielded large quantities of valuable oil. These 336 remaining right whales migrate between feeding grounds in the Labrador Sea and their calving grounds off the coasts of Georgia and Florida. In the eastern North Atlantic, the right whales’ total population is so low, many scientists believe them to be already “functionally extinct.”

Simply put, humans are the problem. One study found that between 1970 and 2006, almost half (48 percent) of the 73 documented deaths of the North Atlantic Right Whale were human caused. While whaling is no longer a threat, ship strikes and entanglement in fixed fishing gear represent the right whales’ greatest threats to recovery. In 2019, the National Marine Fisheries Service (NMFS) found that “for the period 2012 through 2016, the minimum rate of annual-human caused mortality and serious injury to right whales averaged 5.56 per year. Further, the right whales’ small population size and low annual reproductive rate suggests that human sources of mortality have a greater effect relative to population growth rates than for other whales.

Even though entanglement or vessel strikes might not directly kill a whale, these threats may weaken or otherwise affect the individual, rendering it more likely to become vulnerable to further injury, entanglement, or death. The right whales’ habitat and migration routes are close to major ports along the Atlantic seaboard and often overlap with shipping lanes, making the whales vulnerable to collisions with ships and other vessels. Recognizing the serious effect ship strikes have on right whale recovery, NMFS has developed numerous strategies to reduce ship/whale interactions in the north Atlantic.

In the US, right whales are protected under two major federal laws: they are listed as “endangered” under the Endangered Species Act (ESA) and as “depleted” under the Marine Mammal Protection Act (MMPA). Outside of the US, they are protected by Canada’s Species at Risk Act and the Convention on International Trade in Endangered Species of Wild Fauna and Flora (CITES).

The Gulf of Maine lobster fishery is one of North America’s most valuable fisheries, accounting for more than two-thirds of the United States’ lobster landings. American lobsters (Homarus americanus) are caught using baited traps and landings are subject to strict regulations. The fishery comprises over 4,000 Maine fishers, which in 2013, landed 126 million pounds of lobster, valuing approximately $364 million.

In December 2016, the fishery achieved certification to the Marine Stewardship Council (MSC) Fisheries sustainability standard. According to a release issued by the MSC, the certification proved that “all commercial vessels licensed by the State of Maine and the [NMFS] that fish within the Atlantic States Marine Fisheries Commission Lobster Conservation Management Area 1 and sell lobster to the Maine Certified Sustainable Lobster Associate meet rigorous sustainability requirements.” According to the MSC, its science-based standard is the world’s most credible and recognized standard for environmentally wild-caught seafood.

The certification, however, was short-lived. In August 2020, the MSC suspended the lobster fishery’s sustainability certification after determining that the fishery was potentially jeopardizing the survival of the newly-classified critically endangered right whale (explained below). The suspension went into effect on August 30, 2020, for the 16 companies that comprise the MSC-certified Maine lobster fishery. According to the National Resources Defense Council, the suspension can only be lifted after the companies submit a “corrective action plan” that will ensure that right whale mortality is reduced to a level that will promote species survival.

In April 2020, a federal judge found that lobster fisheries on the East Coast, including Maine’s, were operating in violation of the ESA. The court concluded that a 2014 finding by the NMFS stating that the American lobster fishery would not jeopardize the North Atlantic right whale population had violated the ESA:

“The Service’s failure to include an [incidental take statement] in its 2014 [biological opinion] after finding that the American lobster fishery had the potential to harm the North Atlantic right whale at more than three times the sustainable rate is about as straightforward a violation of the ESA as they come.”

In July, the International Union for Conservation of Nature (IUCN) uplisted the status of the North Atlantic right whale to “Critically Endangered” on the IUCN Red List, the closest designation to “Extinct.” The IUCN justified the uplist from Endangered to Critically Endangered because “fewer than 250 mature individuals were estimated to be alive at the end of 2018, the total population having declined by approximately 15% since 2011.” The IUCN also cited climate change as an exacerbating factor to the threats right whales already face: warming seas are likely to have already pushed prey species further north in summer months, into the Gulf of St. Lawrence; an area where the right whales are more exposed to accidental encounters with ships and also at risk of entanglement in crab- and lobster-pot ropes.

In August, the same federal judge ordered NMFS to issue a new rule for the critically endangered right wales no later than May 31, 2021. The court ordered a new ESA-mandated analysis of the American lobster fishery “that takes into account the full scope of its harm to right whales,” but refrained from prohibiting fishing with vertical buoy lines in key right whale feeding grounds.

As ordered, NMFS proposed a new rule in December 2020. Nearly a year later in September 2021, NMFS issued a final rule to amend the Atlantic Large Whale Take Reduction Plan to reduce the risk of serious injury and mortality to North Atlantic right whales caused by entanglement in northeast crab- and lobster-trap/pot fisheries. The rule effectively bans, from October to January each year, the most frequently employed methods of lobstering (via buoy lines) in a nearly 1,000 square mile area of the Atlantic Ocean roughly 30 nautical miles off the Maine coast. If properly implemented, NMFS asserts that the rule will reduce the whales’ risk of serious injury and death from entanglement in buoy lines by 69 percent.

Response to the new rule was mixed. Conservation organizations criticized the rule for not doing enough. In a statement, a senior attorney at the New England-based Conservation Law Foundation said “[w]hile this rule is a step in the right direction, it does not go far enough or fast enough to stop the precipitous decline of this species. … [W]e plan to challenge the new rule… [We are] not fiddling while Rome burns.” Oppositely, the Maine Lobstermen’s Association recently announced a $10 million campaign to alleviate anticipated legal fees in its renewed fight against NMFS rules. The lobster industry is primarily concerned with the future of their business. “Put yourself in our shoes for just a minute,” said the association’s vice president. “Should we sell our businesses and our family heritage? Should we sell that off before it is too late?”

The lobstermen brought legal action and asked that the US District Court for the District of Maine to postpone the enforcement of the new rule until the court could—with certainty—determine the lawfulness of the new rule. The district court agreed with the plaintiffs’ concerns and paused enforcement of NMFS’ new rule. The government appealed, and on November 16, 2021, a three-judge panel of the US Court of Appeals for the First Circuit found for the government, stating “while there are serious stakes on both sides, Congress has placed its thumb on the scale for the whales.” The court determined that leaving the lower court’s injunction in place “will likely cause irreparable harm in the form of preventing a federal agency from undertaking its congressionally assigned task of assuring the right whales are protected from a critical risk of death.” The order means the seasonal closures outlined in the NMFS plan will go into effect as intended.

The decision comes at a pivotal time for both the whales and the fishing industry. In early November, biologists from the National Oceanic and Atmospheric Administration in South Carolina spotted the first mother/calf pair of the season. With fewer than 100 breeding females left, every new calf is significant. Additionally, Senator Susan Collins (R) of Maine recently announced over $15 million in support for Maine’s lobster industry. In a statement, Collins emphasized the importance of the seafood industry in her state: “The livelihoods of the Mainers who work in this industry were recently jeopardized by a rule from the National Marine Fisheries Service. This rule, which is intended to protect the fragile right whale population, unfairly targets Maine’s lobstermen and women and does not reflect reality in the Gulf of Maine. This funding would support our state’s iconic lobster industry by engaging stakeholders in the local and regional seafood systems, helping to cover the costs incurred by lobstermen as a result of the misguided rule, and improving the incomplete and imprecise science upon which the federal government relies.”

In the wake of the November decision, the Center for Biological Diversity filed a formal petition with the Secretary of the US Department of Commerce, through NMFS and NOAA, to require lobster traps/pots to convert to “pop up” technologies within the next five years. While debate remains over which technology is best, the petition emphasized the “goal of each type is to eliminate the static rope that tethers pots to a buoy at the water’s surface.” The conservation nonprofit further petitioned that NMFS should prioritize the transition in National Marine Sanctuaries by mandating that any trap/pot fisheries within the National Marine Sanctuaries system must be rope-less within three years.

As these proceedings continue to play out, conservation groups should take heed of the lessons learned in the legal battle to save the Right Whale.