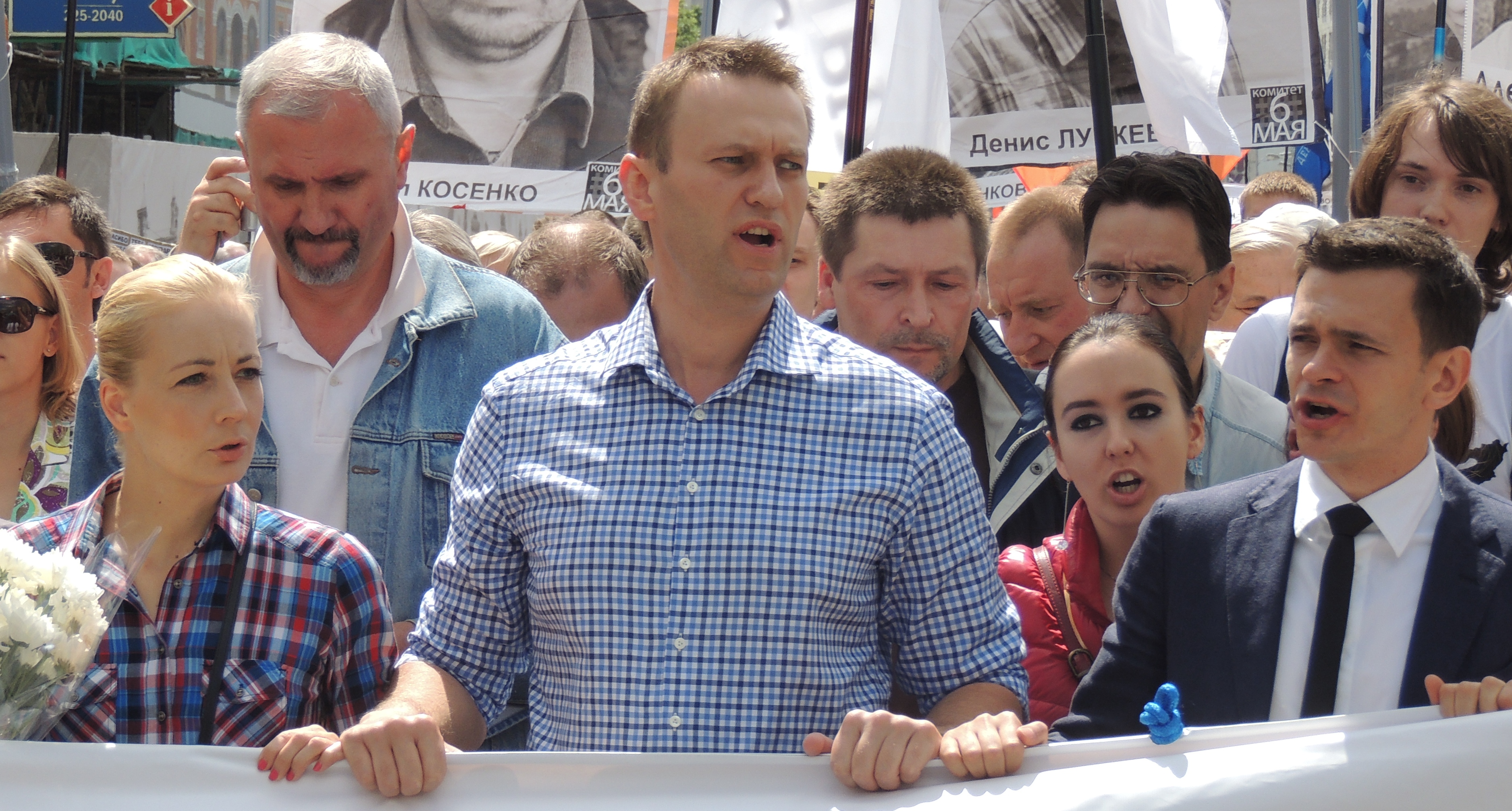 Russian opposition activist Alexey Navalny has dominated international headlines in the weeks that have passed since his dramatic arrest in Moscow.  His latest legal struggle has sparked a wave of protests across the country, which appears to have caused many international observers to interpret his opposition to President Vladimir Putin as evidence that he embodies Western-style liberal ideals.  The truth is more complicated than that – a fact that was underscored last week by Amnesty International’s decision to strip Navalny of his status as a prisoner of conscience.

In this week’s explainer, JURIST explores the controversy surrounding Navalny’s political views – past and present – as well as Amnesty International’s decision to strip his Prisoner of Conscience status, and the possible role played by the Kremlin’s propaganda machine.

Navalny’s impact as an anti-corruption crusader cannot be understated.  “I believe that one of the main problems in modern Russia is corruption. I focus on combating it using all available methods: conducting investigations, publicizing facts about abuses of power, and organizing peaceful protests,” he said, as quoted by Yale University, where he completed a fellowship in 2010.

At the same time, he has a history of racist, nationalist and otherwise troubling statements – some of which he has yet to publicly disavow.

A lawyer by trade, Navalny has over the past 15 years risen to prominence as an opposition activist.  His anti-corruption activities have attracted an enormous global audience; a recent video exposé he released on a lavish property he claims was given to Putin as a bribe has drawn upwards of 114 million views as of the time of writing.  It would be difficult to dispute Navalny’s bravery with respect to his work in documenting alleged corruption in Russia – a country with a history of suppressing anti-corruption whistleblowers.

In August 2020, he was poisoned with a suspected nerve agent, and rushed to Germany, where he spent several months recovering.  Details of the poisoning – including the announcement by German authorities in September 2020 that the nerve agent came from a Soviet-era chemical group called Novichok – drew parallels with other recent high-profile poisonings linked to the Kremlin, including that of former Russian spy Sergei Skripal.  As he recovered, the international community buzzed with policy papers, calls for justice and statements of solidarity.

Upon recovering, Navalny returned to Moscow, where he was immediately arrested on charges of having violated a probation order related to a years-old criminal case that itself was broadly viewed as illegitimate, as highlighted in a judgment by the European Court of Human Rights.

Why are people scrutinizing Navalny’s past?

In the early years of his political career, between about 2007 and 2013, Navalny made several public statements that evidenced a personal disregard for certain ethnic groups.

These included disparaging references to Georgian nationals during the Russia-Georgia conflict of 2008.  Notably, he later publicly apologized for having casted this particular aspersion:  “When the war in Georgia had just started, I had an acquaintance who was under fire somewhere in Tskhinvali.  I wrote a post in which I’d called the Georgians rodents – for which I apologized.  I can apologize again,” he said during a March 2020 interview with independent Russian news outlet Echo of Moscow.

Navalny has been less apologetic – at least publicly – with respect to other troubling comments he has made.  One example that has recently resurfaced is a 2007 video in which he compares immigrants to cockroaches that should be squashed, according to a link shared by bne IntelliNews.  His 2013 mayoral campaign heavily featured xenophobic rhetoric as well.

For more information on the statements at issue, and a look at what he has and has not since apologized for, we refer you to The Evolution of Alexey Navalny’s Nationalism, written by prolific Russian journalist and authoritarianism expert Masha Gessen for The New Yorker.

What is an Amnesty International Prisoner of Conscience?

Amnesty International is a UK-based organization dedicated to advocating for global justice.

The organization’s uses the term “prisoners of conscience” in reference to individuals who “have [have] not used or advocated violence or hatred but [are] imprisoned because of who they are (sexual orientation, ethnic, national or social origin, language, birth, colour, sex or economic status) or what they believe (religious, political or other conscientiously held beliefs),” according to its website.

According to a statement released last week, following Navalny’s arrest in January, Amnesty International referred to him as a prisoner of conscience, in line with the above definition.  But further research into his past political leanings caused the organization to backtrack.

Why did Amnesty International decide to revoke his status as a prisoner of conscience?

In the aftermath of Navalny’s arrest and the ensuing protests, Amnesty International examined evidence related to his past statements, and decided to change course on its prisoner of conscience designation.

“After painstaking consideration, we concluded that we had made a mistake in our initial determination. In making that determination, we had focused solely on the circumstances surrounding Navalny’s unjust arrest and detention, and given insufficient weight to some of his previous comments which, as far as Amnesty is aware, have not been publicly renounced. We concluded that some of these reached the threshold of advocacy of hatred, at odds with our definition of a POC, and took an internal decision to refrain from using the term in future,” the organization wrote.

Navalny’s case in this regard is not novel.  In the early 1960s, Amnesty International used the term prisoner of conscience to refer to Nelson Mandela – who at the time was a high-profile dissident before eventually becoming President of South Africa.

The organization’s 1965 international secretariat report provides insights into the process.  “[The year] 1964 brought to a head the issue of whether or not support should be given to men like Nelson Mandela who, through pressure of events, have found themselves constrained to recommend a degree of force in opposition to the South African Nationalist Government.  This case was a particularly poignant since Mandela… had previously been committed to the principles of non-violence… While the greatest sympathy was expressed for those who find themselves deprived of every form of public protest, the movement recorded that it could not give the name of ‘prisoner of conscience’ to anyone associated with violence.”

Amnesty International leadership later asserted that Mandela had “acknowledged that Amnesty made its decision in good faith, and has thanked the organization for its work on behalf of thousands of other South African prisoners and detainees.”

It bears noting that the violence attributed to Mandela was in resistance to nationalist movement, while the ‘advocacy of hatred’ Amnesty International cited in its decision to strip Navalny’s prisoner of conscience status was a product of his nationalist beliefs.  While the organization aims to apply its rules evenly, some critics have argued that the breadth and vagueness of the definition of prisoner of conscience lends itself to politicization.

Still, Amnesty International maintains that Navalny’s arrest was “purely politically motivated,” and continues to accuse Moscow of having arbitrarily detained the activist for exercising his right to free expression.  The organization made clear that while it viewed his past statements as problematic, this has no bearing on its view that his current detention is unjust and he should be freed.

Why was Amnesty International’s decision to revoke Navalny’s prisoner of conscience status so controversial?

Against the backdrop of widespread protests and heightened international scrutiny, Kremlin-funded news networks have in recent weeks dedicated a relative wealth of broadcast time and column inches to exploring any and all deficiencies that can be found in Navalny’s background.  The fact that Amnesty International’s decision to rescind Navalny’s prisoner of conscience status came on the heels of some of these media efforts spurred theories that the organization’s decision was influenced by Russian propaganda.

It’s important to note, however, that from being the exclusive purview of Russian-state media, many international news outlets have also been grappling with Navalny’s troubling past statements.  As noted above, The New Yorker published a comprehensive review of Navalny’s checkered political past in mid-February, several days prior to the release of Amnesty International’s statement on Navalny’s prisoner of conscience status.  Earlier this year, socialist magazine Jacobin published a piece authored by a Russian opposition activist exploring Navalny’s nationalist views, and stating: “Navalny’s journalism has highlighted the cronyism of Russia’s elites — but his chameleon-like shifts between liberalism and anti-immigrant nationalism show he’s no champion of working-class Russians.”

Shortly after Amnesty International’s decision was made public, the bne IntelliNews piece cited above likewise explores the statements and stances underlying the organization’s decision.  The Washington Post also published an op-ed exploring the difficulty of navigating Navalny’s political legacy.  “I agree that Amnesty’s decision was ill-advised — precisely because anyone who wants to have a frank conversation about Navalny’s past statements can now be easily dismissed as a Kremlin puppet,” wrote the op-ed’s author, Terrell Jermaine Starr, a senior fellow at the Atlantic Council’s Eurasia Center.

And in the past, numerous interviews and profiles have covered Navalny’s nationalistic leanings; to this end, several Russian-state news articles we reviewed for this explainer cited quotes pulled from such Western media outlets as the BBC and The Guardian.

And these are just the most recent reports; those who have followed Navalny’s political rise over the past decade and a half have long been aware of these statements.  As astutely explained by Gessen in The New Yorker: “For years I have been content to be conflicted about Alexey Navalny. On the one hand, I thought he was an extraordinarily brave, inventive, and committed opponent of Vladimir Putin’s regime. On the other hand, he had allied himself with ultranationalists and had expressed views that I found extremely objectionable and potentially dangerous.”

As illustrated in the courtroom speech he delivered last month before being transferred to a Russian penal colony, while Navalny’s more recent public sentiments are largely devoid of the overt nationalist leanings that colored his early personal brand.  That said, in the absence of a more comprehensive public apology, conflating Navalny’s opposition with liberal democratic ideals fails to hold water.