JURIST, of course, engages law students while they are in law school, but law students graduate and go on to other things. Or at least that’s what usually happens in most other organizations. JURIST is different, however, in that many of our former law student staffers tend to stick around. In fact, several members of our professional staff and most members of our Board of directors are JURIST alumni. Some alumni continue to write and report for JURIST after they’ve graduated, and others continue to contribute in other ways. Each year, JURIST will recognize a member of our alumni who has gone above and beyond in contributing to JURIST even after leaving law school.

The 2022 recipient of the Distinguished Alumni Award is: 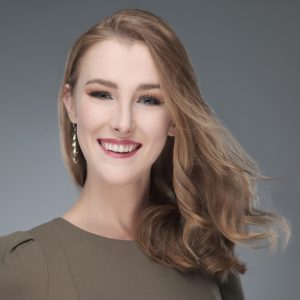 Maeve McDermott wrote legal news articles for JURIST while pursuing a JD from Vermont Law School and an MPhil from the University of Cambridge. Maeve found that writing for JURIST allowed her to stay up-to-date on evolving laws and governance in her fields of interest and allowed her to connect with like-minded law students from around the world. Thanks to her positive experience writing for JURIST, after graduating from law school, Maeve helped to establish a link between JURIST and the faculty of law at the Pontificia Universidad Católica del Perú (PUCP), where she had studied previously as an undergraduate exchange student. Maeve would like to thank Diego Zegarra Valdivia and Sara Jackeline Acosta Antezana from the PUCP, as well as Jaclyn Belczyk and Bernard Hibbitts from JURIST, for their hard work in establishing this relationship. Maeve would also like to congratulate Anjana Meza for being JURIST’s first South American student correspondent and for the high-quality legal news articles she has written for JURIST to date. Maeve hopes she will be able to continue pursuing legal journalism in the future.