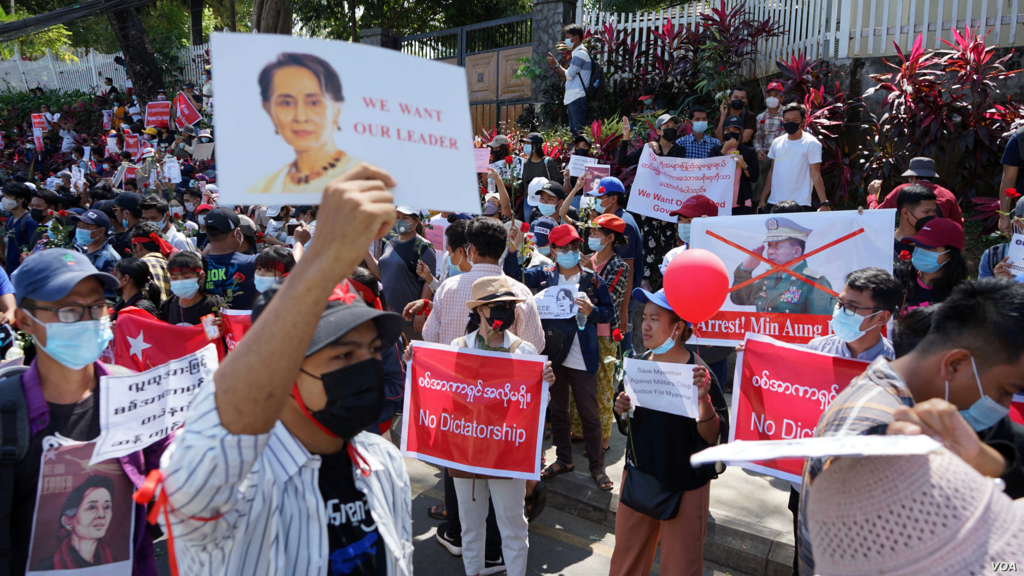 On February 1, 2021, Myanmar’s military ousted the nation’s democratically elected government. Almost two years on, conflict continues to plague Myanmar and its citizens. In some parts of the country, a handful of groups have taken up arms. Most notably, the Ethnic Armed Organizations (EAOs), the People Defense Forces (PDF), an insurgent group supported by the existing EAOs, the newly formed Armed Forces comprised of youths from urban areas under the control of the current shadow government called the National Unity Government, and Myanmar’s military. At this very moment, even the possibility of discussing negotiation with the military is shut down by the PDF and the EAOs. The position of the PDF and most of the EAOs is very clear that there is no negotiation with the devil. By contrast, the military has made some attempts to explore a path that includes negotiation, or at least use the “Daw Aung San Su Kyi Card” to diffuse the situation which has been unsuccessful.

It is still very hard to foretell the future of Myanmar. It is, however, undeniable that negotiation is one of the many possible outcomes. That said, in my humble opinion, negotiation in Myanmar’s context will be very challenging to conduct. The following are the reasons:

First, given the complicated history of Myanmar, it is a challenge even to identify the parties that need to be at the negotiation table. It is important to understand that the problem of Myanmar is not just between the PDF and the military because the PDF does not represent the whole resistance against the military. Although some of the existing EAOs support the PDF, there are other EAOs that are not actively supportive. Therefore, if there is going to be negotiation, the very first task is to identify the parties that need to be brought to the table.

Second, the parties involved in this prospective negotiation represent very different factions and interests. The EAOs desire autonomy, the PDF wants the complete removal and punishment of the military’s leaders and the military, of course, wants to stay in power one way or the other. These desired outcomes are not only at odds with each other but there is also so little common ground that the parties are unlikely to make concessions and accept a compromise.

Third, the parties do not trust each other, and all groups are especially wary of the military, which is notorious for breaking its promises and commitments. Moreover, at this very moment, although the relationship between the PDF and the EAOs is relatively good, the military’s relationship with either party has been hostile and violent. Therefore, it is important for the parties to build trust to and learn to exist together for this negotiation to work. This, however, is very difficult at the moment because there is active conflict between the parties and the military, and the losses suffered by the people are still vivid and ongoing.

If someday in the future negotiation seems like a possibility, for it to result in a viable solution the following must be considered:

1) The parties must agree on a common interest

Having a common interest is crucial to the feasibility of negotiation. In Myanmar, I believe the only potentially shared interest that has the power to bring all parties to the negotiation table is the goal of bringing peace to the people. In attempting to negotiate for the sake of peace, each party can exert a range of interests, even including the self-interest of their leaders. While perhaps not what one would hope for in an ideal world, this pragmatic approach that has merit if it provides a path to peace. With self-interest in mind, each side may be incentivized to take responsibility for its actions and find the mutual grounds necessary to exist together as a union.

For the purpose of determining the legitimacy of this approach, it is important to define what “peace” looks like for each party. Because peace can only be created by co-existing, it is important to make sure that each party is somewhat satisfied by the definition of peace that is sought and with the resulting situation. The negotiation must be fair with each party gaining something. In measuring this fairness, each party may use different rules. For the EAO, it could be the end of the war and having control over their own region. For the PDF, it could be the military officially apologizing, releasing the unlawfully detained, and taking legal responsibility for its wrongdoings and/or the damages from the war. For the military, it could be to somehow remain in power, create prosperity, and take the least amount of responsibility as possible. When all these definitions of fairness are identified, the parties can focus on what is agreed upon first and tackle the rest in the negotiation process.

The second most important thing to facilitate the creation of a common interest is building a relationship between the leaders of each party. In order to be able to build a relationship, individual leaders need to rise above the deep emotions tied to the current conflict and make sure they do not lose sight of their common interest of achieving peace for the people of Myanmar. Given the level of current hostility, this could be the most difficult thing to achieve. Yet, with a mutual interest in mind and with the help of a good mediator, the relationships may be able to be built. Moreover, if working toward a common interest, I believe the atmosphere of the negotiation could become more principled and less positional.

If the parties remain focused on creating peace and do not lose sight of this common interest, they should be able to achieve mutually beneficial solutions. By focusing on the common interest of peace, the parties can work together to find a middle ground and may discover that working together can be beneficial for all.

It is important for the one who has broken trust to prove they are trustworthy. In Myanmar, the military has been notorious for breaking its promises. Therefore, for negotiation to work and provide long-lasting peace, the military must demonstrate it is keeping its promises and is willing to work together with the other parties.

Given the current conflict and all the parties must overcome to come to the negotiation table, I believe the possibility lies far in the future for Myanmar. Nonetheless, I wish that one day the prospect of bringing peace to the people of Myanmar will provide the parties with a path toward negotiation.

The author is a law student from Myanmar.

This article was prepared for publication by JURIST Staff. Please direct any questions or comments to them at commentary@jurist.org