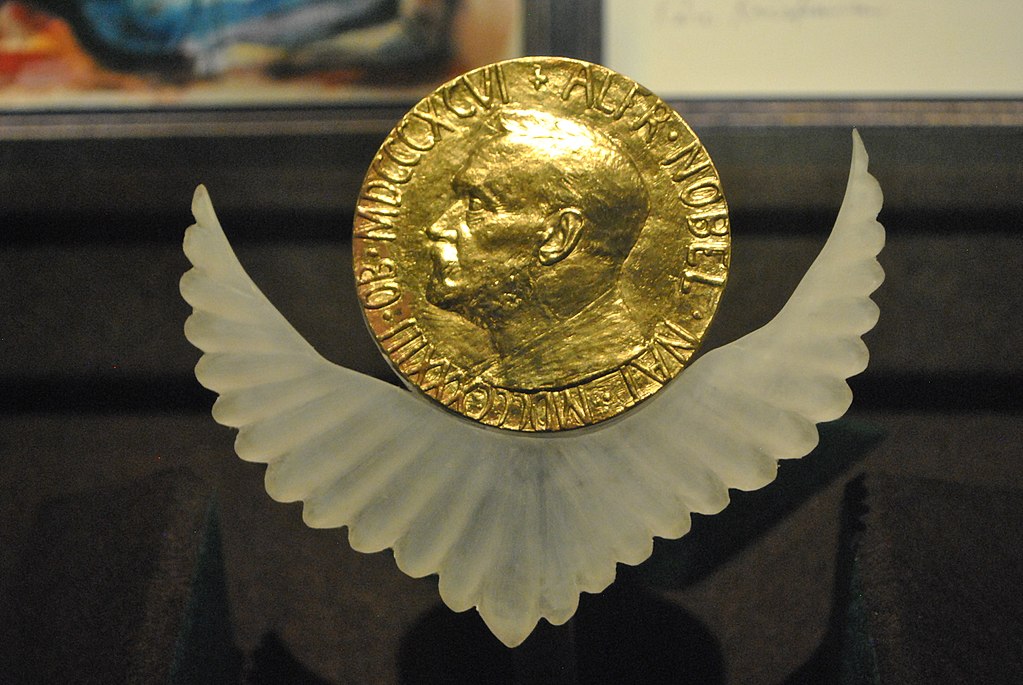 Commentary
ProtoplasmaKid / Wikimedia Commons / CC-BY-SA 4.0
Elaheh Pooyandeh is an Iranian peace activist and she calls for the Norwegian Nobel Committee to refocus the Nobel Peace Prize on its intended subject of peace, non-militarization, nonviolence, and peaceful means of settling conflicts...

“What is peace to YOU?” As a facilitator in peace education workshops, this is an activity that I do with all types of participants all the time. The answers are always so fascinating and diverse, ranging from absence of armed conflicts to an ideal society in which everyone benefits from a full wellbeing. All of these can be peace because peace is in fact an umbrella for many related concepts and has various definitions.

Johan Galtung, the prominent peace researcher categorizes peace as positive and negative. He defines negative peace as the absence of war and violence and positive peace as a more lasting peace that is built on sustainable investments in economic development and institutions as well as societal attitudes that foster peace. Galtung believes that positive peace has two main components: Equity (cooperation for mutual and equal benefit) and harmony. Inspired by this, many others, including the Institute for Economics and Peace (IEP), have a similar approach. For IEP, negative peace is the absence of violence or fear of violence and positive peace is the attitudes, institutions & structures that create and sustain peaceful societies. Therefore, peace is in fact a concept that can be interpreted in many ways. However, it is still peace and not Human Rights.

Peace Studies is an interdisciplinary academic field of social sciences that was born after World War II. It consists of fields such as law, sociology, psychology, anthropology, political affairs, and international relations. Peace Studies was an effort to establish peace in a war-torn world through studying wars and preventing them, but it soon developed to more than the absence of war. Today it includes (but is not limited to) violence, its root and violence prevention; conflict, conflict prevention, conflict resolution and conflict transformation; peace education, peace building and peace keeping. In fact, in peace studies conflict is not necessarily undesirable and each of these terms focus on conflicts from one specific perspective. What is unacceptable is violence in all its forms.

Getting to the Nobel Peace Prize, Alfred Nobel was a Swedish scientist and businessman, and as hard as it is to imagine, he was involved in the war material industry, especially in the last decade of his life. He had two theories to justify his involvement: (1) a scientist or businessman is not responsible for the way that his inventions or products are being used and (2) humankind can abolish wars through inventing a weapon so powerful that its use would annihilate humanity (the basic deterrence theory). (Nobel didn’t live through the twentieth century to see how wrong this theory was.) However, during the same time, he met Bertha von Suthner, the peace activist and author whose book Lay Down Your Arms is very well known. Through her, he also contributed to the cause of peace during his life and established the Nobel Peace Prize as his legacy.

In his will, Alfred Nobel stated the Nobel Peace Prize should go to “the person who has done the most or best to advance fellowship among nations, the abolition or reduction of standing armies, and the establishment and promotion of peace congresses.” His words are clear. The winner of this prize has to be the one that has worked for demilitarization of the world, someone who values disarmament and abolishment of the wars. Nobel was a producer of weapons, but he also hoped for the end of wars and hoped that “perhaps my factories will put an end to war sooner than your congresses.” And only when we have successfully achieved this goal globally, meaning when we have abolished wars and militarization, we will be allowed to move on from his instructions.

Though quantifying the lives and sufferings of humankind is not my favorite approach, it is helpful to show the status of militarism in the world. Here, I would merely showcase one portion of the economic aspect of militarism, though much more can be said. According to IEP, the economic impact of violence on the global economy in 2021 amounted to $16.5 trillion. Militarism has the biggest share of this cost. The economic impact of armed conflicts increased in 2021, and military spending has doubled since 1980 to nearly $2 trillion. IEP’s Global Peace Index indicates the world’s peacefulness has deteriorated, and an increase in ongoing conflicts is one of the main contributing factors. Deaths from external conflicts have also increased in 2022. The number of forcibly displaced people in the world has increased in the last decade too.

On the other hand, the peacebuilding and peacekeeping expenditure in the world in 2021 was $41.8 billion, equal to only 0.5% of military spending. At a time that we have spent trillions of dollars on wars and conflicts, we clearly have not achieved Nobel’s vision yet, and when looking for a Nobel Peace Prize candidate, we must focus on those who have worked to reduce these expenditure and cost.

Human rights are simply what every human being is entitled to just by being a human. In its first line, Universal Declaration of Human rights states, “Whereas recognition of the inherent dignity and of the equal and inalienable rights of all members of the human family is the foundation of freedom, justice and peace in the world.” Article 1 of United Nation’s General Assembly (UNGA) Resolution 71/189, titled “Declaration on the Right to Peace,” says, “Everyone has the right to enjoy peace such that all human rights are promoted and protected and development is fully realized.” Hence, in international legal community, peace and human rights do overlap and are in fact in an enhancing loop and have causal relation, yet they are not the same thing.

Although UNGA’s declaration on the right to peace discusses the relationship between peace and other topics such as development, education, non-discrimination, and a culture of peace, it still primarily defines peace as the absence of war and conflict. Therefore, even evaluating peace with a human rights perspective and keeping in mind international documents, a Nobel Peace Prize for someone who has worked for abolition of wars is still much more relevant to promoting peace.

Having human rights activists as Nobel Peace Prize Laurates is not the only criticism for the Nobel Peace Prize Committee. At times, not only have people working for fewer wars been ignored, but also people promoting or committing wars and related crimes have been declared as winners. (For example, Barack Obama.) Some winners committed crimes strongly in violation of peace after the wining of the prize, and since there is no withdraw process, they are still considered laurates. (For example, Aung San Suu Kyi.) In addition, the groups or people that can nominate candidates for the prize are not inclusive, and there is no room for most of civil society actors. Plus, of 103 Nobel Peace Prizes and 140 laureates, only 18 have been women.

But more importantly, unlike other Nobel Prizes, the Peace Prize winner is not selected by experts of the field but by a committee of five appointed by the Storting (the Norwegian parliament), called the Norwegian Nobel Committee, which reflects the relative strengths of the political parties in the Storting. So, instead of academics and activists in peace, parliament members choose the winner. This has caused numerous problems in identifying those deserving the prize and has politized the Nobel Peace Prize to make sure certain ideas, policies or states are satisfied or promoted instead of peace.

Let’s remember that this piece is not an attack on human rights and its importance but to emphasis what peace is and who deserves a Nobel Peace Prize. Peace and human Rights are interconnected but are not the same. Peace has long been overshadowed by concepts such as human rights or security. This has not always been in favor of promoting peace but in favor of certain policies or politicians. So, I strongly believe in reclaiming peace by peace activists and standing against deviations.

If we start looking for peace activists who have actually been promoting peace, non-militarization, nonviolence, and peaceful means of settling conflicts, we will face an abundance of candidates for the Nobel Peace Prize. From those working in local communities to those working on a global scale, there are countless people and organizations working for peace, disarmament, and reducing wars. (There are already good examples of Nobel Peace Prize laurates such as Organization for Prohibition of Chemical Weapons or International campaign to Abolish Nuclear Weapons.) The problem is not that we don’t have enough qualified peace activists but that the ones in charge of recognizing it are intentionally or unintentionally ignoring them all. The question we should ask the Norwegian Nobel Committee then, is WHY?

Elaheh Pooyandeh was born in Iran and is currently residing in Tehran. She has an LLM in international law from Shahid Beheshti University (Tehran) and a Master’s degree in Peace, Conflict, and Development Studies from the University of Bradford. Her areas of work and interest include peace education, chemical weapons disarmament, sustainable development, and gender equality.