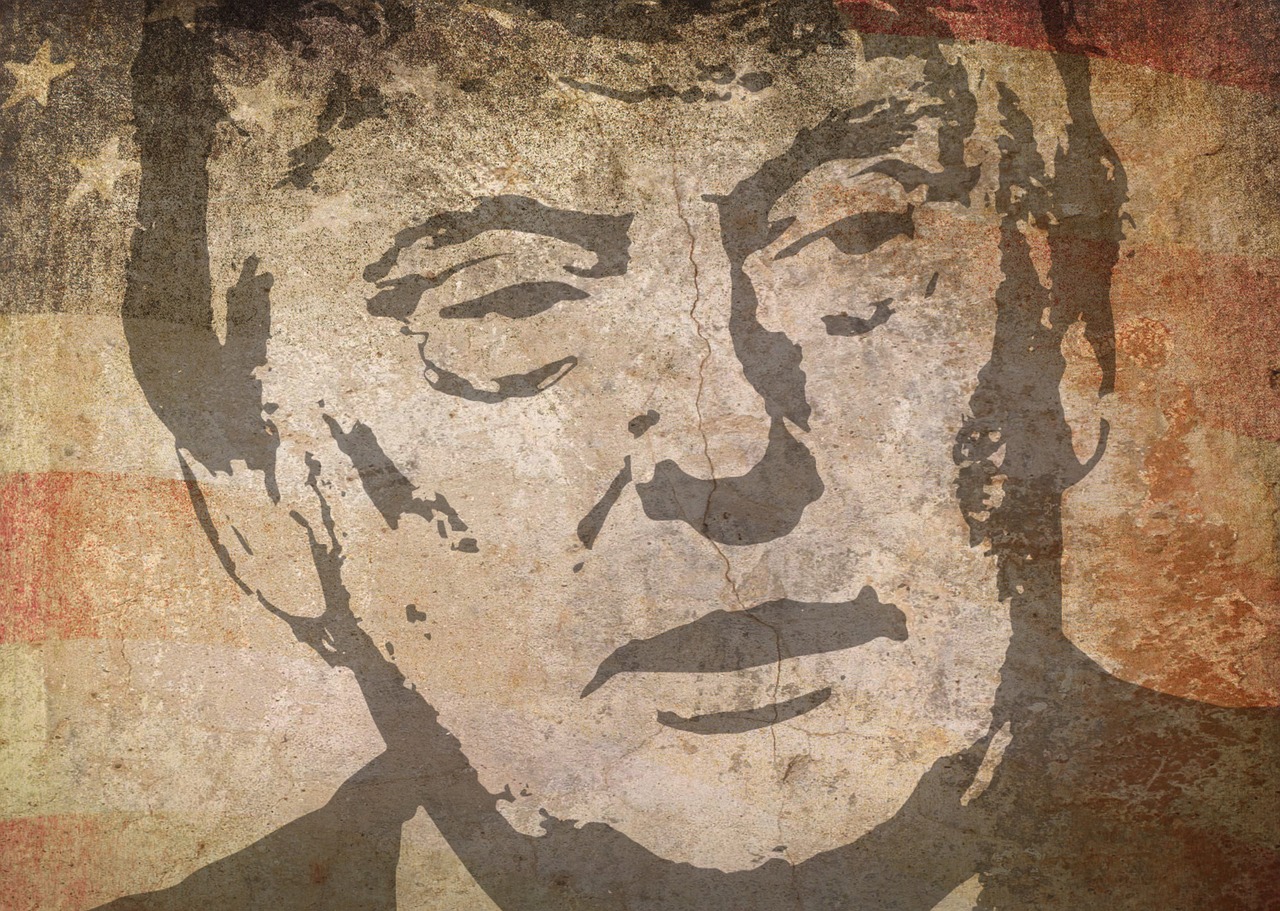 “What does not benefit the entire hive is no benefit to the bee.” — Marcus Aurelius, Meditations

There are many reasons to fear Donald J. Trump’s return to the American White House, but one reason remains especially worrisome. It stems from the former president’s explicit recommitments to “America First.” A previously failed foreign policy orientation, “America First” could prove substantially more injurious the second time around. Among other things, its restoration would dignify a returning US president’s callous indifference to science, logic, law and history.

That references a conspicuously broad spectrum of leadership indifference. All this, moreover, during escalating aggressions by Russia in Ukraine and destabilizing military exercises by China.

There is more. Any future presidential retrogressions to “America First” would stem from very deep US cultural and intellectual underpinnings. In essence, these steps backward would reflect variously intersecting predilections of “mass-man.”

From time immemorial, international relations have been rooted in Realpolitik or power politics. Although such traditional patterns of thinking are normally accepted as “realistic,” they actually undermine world law and global order.  It follows that any sitting US president should openly acknowledge the limitations of our planet’s global threat system, and realize that US power could never be founded upon vainglorious delusions of national primacy.

Americans require intellect-based answers, not an endless barrage of partisan political rancor. In turn, such meaningful answers will call for dialectical thinking. Accordingly, the United States should be considered as a single part of the larger world system created by the Peace of Westphalia in 1648. Though more or less ignored by global leaders, the “Westphalian” system of international law (a system of institutionalized global anarchy) is destined to fail. Together with the accelerating spread of nuclear weapons technologies and infrastructures, any such catastrophic failure would prove remorseless, unprecedented (sui generis) and irremediable.

There are relevant nuances. Grievous world system failure could take place in certain hard to fathom increments, or instead, with great suddenness, as an unanticipated “bolt from the blue.” On any such fragile and unpredictable matters, US policy resurrection of “America First” would prove gravely injurious to the United States.

Conceptually, it’s not complicated. In these overriding calculations, history deserves evident pride of place. False bravado and belligerent nationalism have never succeeded in serious ways or for longer than brief intervals. Nothing could now be more obvious.

In the future, perpetually unsteady expressions of national security policy could be further exacerbated by multiple systemic failures. Sometimes, these failures could be mutually reinforcing or “synergistic.” At other times, they could involve “force-multiplying” weapons of mass destruction.

Rejecting the unchanging banalities of Donald Trump’s “America First,” a US president should always think along potentially useful lines of subject-matter interrelatedness. It is entirely realistic to acknowledge that “America First” is very likely to fail as a guiding ethos of world politics, and that any such failure would prove degrading to United States interests and ideals.

“The visionary,” teases Italian film director Federico Fellini, “is the only realist.” But there is nothing “visionary” about “America First.” It is, rather, an anti-intellectual amalgam of the former president’s humiliating clichés and authoritarian affinities. Should such a lack of vision find its way back into the American White House in 2024, its multiple and recycled harms could undermine whatever might still be left of a decipherable American democracy.

What else ought we to conclude about a former president who wished openly for “the loyalty of Hitler’s generals?”

At some point, especially if strengthened and expanded by mistaken resurrections of “America First,” world system failures could become tangibly dire and perhaps even irreversible. In the final analysis, it will not help the United States or any other country to tinker “thoughtlessly” at the ragged edges of our “Westphalian” world legal order. At that decisive turning point, any US presidential reaffirmations of “America First” could only hasten the onset of a regional or worldwide nuclear war.

It’s not complicated. “America First” is just ironic shorthand for “America Last.” In the longer term, the only sort of foreign policy realism that could make any sense for the United States is a posture that points toward “higher” awareness of global “oneness.” Whether or not we like the sound of such cosmopolitanism, world system interdependence is hardly a matter of policy volition. It is an incontrovertible fact.

In its fully optimized expression, such an indispensable awareness – the literal opposite of former US President Donald Trump’s “America First” – would resemble what the ancients called the “city of man.” For the moment, the insightful prophets of any more consciously collaborative world civilization will remain few and far between. But this lamentable absence, one unimproved by any active intellectual interventions by our “great universities,” does not owe to any witting analytic forfeiture. Above all, it reflects an imperiled species’ stubborn unwillingness to take itself seriously. This means an unwillingness to recognize that the only sort of patriotic loyalty still able to rescue a self-destroying planet is one finally willing to embrace humankind as a whole.

This embrace would represent a new and re-directed focus of patriotic loyalty.

Intellectually and historically, “America First” is misconceived and irrational. Now, more desperately than ever before, we require a logic-based universalization and centralization of international relations. Though challenging, this complex requirement need not express a bewildering or incomprehensible rationale. But there will still be certain demanding intellectual prerequisites.

It is hardly a medical or biological secret that core factors and behaviors common to all human beings greatly outnumber those that differentiate one person from another. Unless the leaders of all major states on Planet Earth can finally understand that the survival of any one state must be contingent upon the survival of all, true national security will continue to elude every state and person. This includes the “most powerful” states and individuals, even if their explicit policy mantras call for the pertinent subject to be “first.”

There is more. The most immediate security tasks in our Westphalian condition of global anarchy remain narrowly self-centered. Simultaneously, national leaders must finally learn to understand that our planet represents a recognizably organic whole, a fragile but intersecting “unity” that exhibits diminishing options for genocide avoidance and war avoidance.

It’s time for candor. America is running out of time. Quickly, to seize rapidly disappearing opportunities for longer-term survival, our leaders must learn to build upon the critical foundational insights of Francis Bacon, Galileo and Isaac Newton, and on the more contemporary summarizing observation of philosopher Lewis Mumford: “Civilization is the never-ending process of creating one world and one humanity.”

Whenever we speak of civilization we must also speak of law. Jurisprudentially, no particular national leadership can claim any special or primary obligation in this regard. Nor could such a leadership cadre afford to build its comprehensive security policies upon vaguely distant hopes. Nonetheless, the United States remains a key part of the community of nations and must do whatever it can to detach an already collapsing “state of nations” from a time-dishonored “state of nature.”

Any such willful detachment should be expressed as part of a wider vision for a more durable and justice-centered world politics. Over the longer term, an American president will have to do his or her part to preserve the global system as a whole. “America Together,” not “America First,” would express a markedly more rational and intellect-based security mantra.

However impractical this may sound, nothing could be more fanciful or perilous than continuing a long-discredited “Westphalian” course. “What is the good of passing from one untenable position to another,” inquires Samuel Beckett in Endgame, “of seeking justification always on the same plane?” It’s a critical question, one that should now be asked of any sitting or aspiring US president.

For the moment, at least, there is no need for detailing further analytic or intellectual particulars. There are, of course, bound to be many. Always, these will need to be held together by coherent and comprehensive theory.

In The Plague, Albert Camus instructs: “At the beginning of the pestilence and when it ends, there’s always a propensity for rhetoric…It is in the thick of a calamity that one gets hardened to the truth – in other words – to silence.” As long as the states in world politics continue to operate as archeologists of ruins still-in-the-making – that is, as “political prisoners” of a vastly corrupted philosophic thought, they will be unable to stop the next series of catastrophic international wars.

Until now, certain traditional expectations of balance-of-power world politics have been more-or-less defensible. Nevertheless, soon, from the essential standpoint of longer-term options and global security prospects, an American president should open the nation’s latent security imagination to more visionary and intellect-based forms of foreign policy understanding. Resurrecting the “everyone for himself” extremity of former president Donald J. Trump’s “America First” would represent a US policy move in the wrong direction.

Inter alia, it could never make sense for the United States to construct security justifications along the futile lines of belligerent nationalism.

“America First” remains a self-defiling national mantra. It ought never be allowed to reappear in United States foreign policy. There is nothing innately wrong with genuinely sensible manifestations of American patriotism, but such primacy-oriented manifestations could never be reconciled with human survival.

Portending inevitable failure and existential peril, “America First” redux would be anything but sensible. What else ought we to expect from a former president who several times suggested nuclear weapons to suppress hurricanes and the ingestion of bleach to suppress Covid?  Credo quia absurdum, said the ancient philosophers. “I believe because it is absurd.”