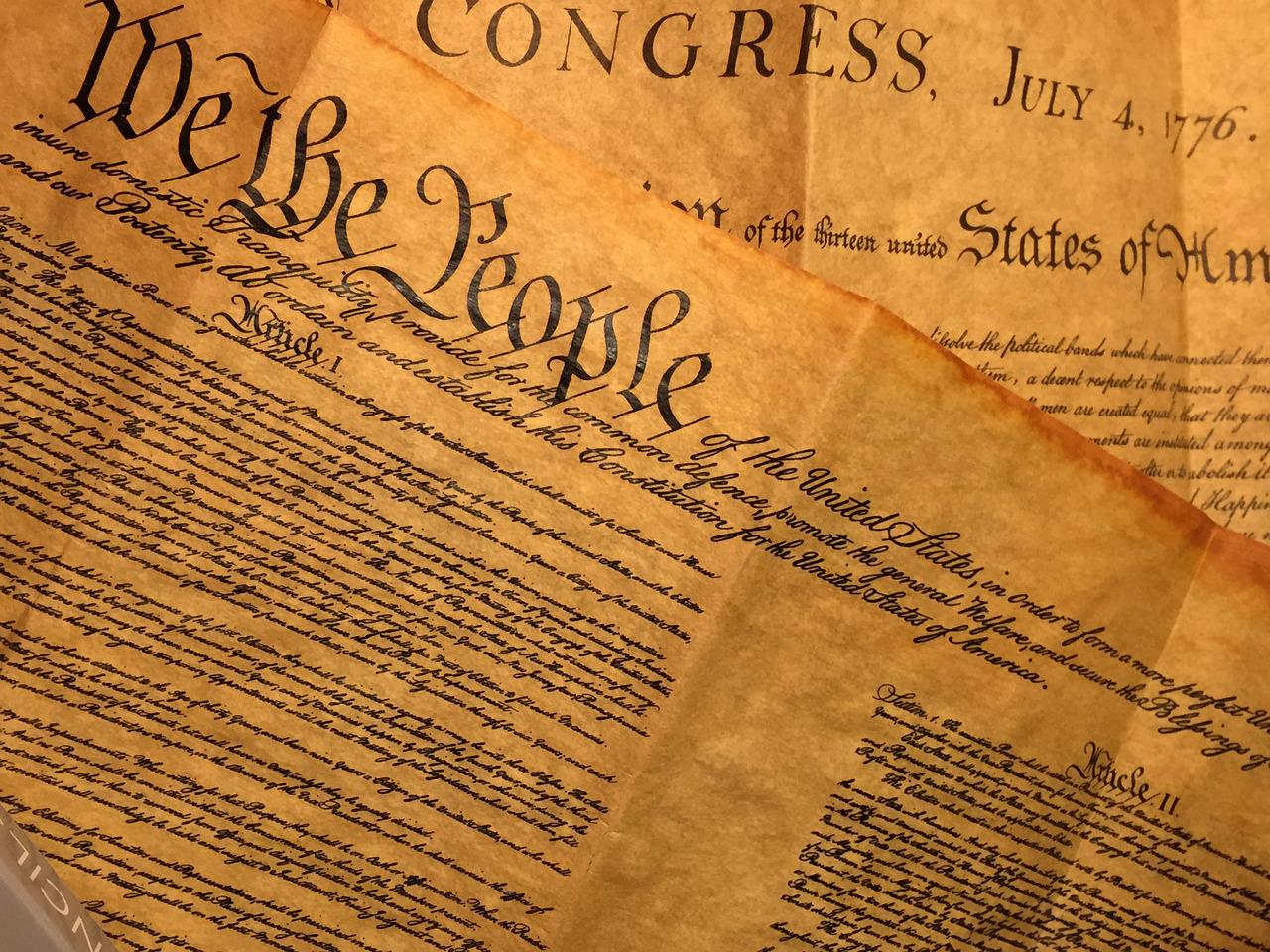 For nearly a century, many progressives have seen the Constitution, and especially the Supreme Court, as allies in the effort to make our political and economic life more democratic. For a long time, this trust seemed warranted. The initially reactionary New Deal Court came to embrace the power of the national government to limit corporate power through administrative law. Then the Warren court won progressive hearts by standing against Jim Crow in Brown v. Board of Education and protecting the right to marry across the color line in Loving v. Virginia. The Court further rewarded our allegiance with its 1965 decision in Griswold v. Connecticut, setting aside eighteenth century constitutionalism to protect married women’s access to secure and private contraception. These foundational cases led to the recognition of reproductive autonomy as a fundamental right in Roe v. Wade, and, eventually, to the full protection of marriage equality in Obergefell v. Hodges. By the time of Obergefell, in 2015, the Court had made clear that the Constitution protects “the most intimate and personal choices a person may make in a lifetime, choices central to dignity and autonomy.” The right to make these choices is, of course, a core attribute of free citizenship in a constitutional democracy.

But now, with three decisions that closed its catastrophic 2021–22 term, the Supreme Court has severed its link to progressive politics. The repudiation of constitutional protection for abortion rights in Dobbs v. Jackson Women’s Health Organization explicitly rejected human autonomy as a constitutional value. The decision has already triggered an open season on American women’s ability to control their lives. By reading the freedom to make intimate and personal choices out of the Constitution, Justice Alito’s opinion for the Court also signaled a renewed judicial attack on the equal citizenship of LGBTQ members of our community. Adding insult to profound injury, Alito concluded his assault on this most basic right by sanctimoniously announcing his complete indifference to the support it enjoys from a majority of Americans.

The Court’s second decision, in West Virginia v. EPA, nullified the Environmental Protection Agency’s authority to enforce Congress’ requirement that “the best system of emissions reduction” be used to generate fossil fuels. The immediate effect of this decision is to strip the agency of meaningful power to address the present and looming disasters we face from climate change. Worse, if there can be a worse, by precluding federal agencies and departments from addressing any major economic or social questions without exact instructions from Congress about how to do so, the Court has also dismantled the New Deal settlement allowing the federal government to protect public health and safety against the harms caused by unchecked capitalism.

Finally, in New York State Rifle and Pistol Association v. Bruen, the Court’s protection of a nearly absolute right to carry firearms in public has crippled our power to adopt even modest measures to limit the public health toll taken by gun violence. And again, even worse, Justice Thomas’ astonishing declaration that gun rights can be restricted today only for reasons recognized in our earliest history appears to doom almost any efforts we might make to address such contemporary, if unanticipated, problems as the proliferation of handguns and the easy availability of assault weapons. No other constitutional right enjoys this kind of privileged protection from limitation for even the most compelling reasons. Thomas’s originalist interpretation of gun rights returns us to the eighteenth century understanding of the Constitution that was so definitively set aside by the Warren Court.

These decisions represent a disavowal of principles of constitutional interpretation we have long counted on. Together, they are radical enough to raise the question whether our Constitution can still deliver on its Preamble’s promise of “a more perfect union” that secures “the blessings of liberty for ourselves and our posterity.” It is tempting to respond to this crisis of legitimacy with measures to reform the Supreme Court. Some recent proposals include increasing the size of the Court, substituting term limits for the life tenure the justices now enjoy, restricting the Court’s jurisdiction and even abolishing judicial review altogether. But there is reason to doubt whether any of these changes would restore progressives’ trust in the Court. Creating a bigger Supreme Court with term limited justices is not likely to defeat the Republican Party’s permanent strategy of stacking it with hard right ideologues. And limiting or eliminating the jurisdiction of the federal courts is at best a two-edged sword. Without judicial review, there would, of course, be no Brown v. Board or Roe v. Wade to begin with.

Our dysfunctional Supreme Court is less a function of the Court’s structure or power than a product of deep impediments to democracy embedded in our Constitution since its adoption. These anti-democratic features are the U.S. Senate, the Presidential election process and the control over voting rights the Constitution confers on state legislatures. All were deliberately designed by the Constitution’s framers to blunt the threats they perceived to the interests of men of property, including slaveholders, from direct democracy.

The three Trump-appointed justices whose votes made the difference in the 2021–22 term owe their seats to the Republican Party’s ability to control the Senate despite representing only a little over 40 percent of the national population. The Senate represents states, not people. Senate Majority Leader McConnell exploited this undemocratic advantage first to thwart President Obama’s entirely legitimate nomination of Merrick Garland in favor of Trump’s later choice of Neil Gorsuch. He then was able to ignore credible evidence of perjury and a flagrant public display of contempt for judicial temperament by the nominee to force through Trump’s nomination of Brett Kavanaugh. Finally, with brazen hypocrisy, McConnell rushed Amy Coney Barrett onto the Court after Justice Ginsburg’s death on the eve of the 2020 election.

Counting Gorsuch, Kavanaugh and Barrett, five of the six justices responsible for the Supreme Court’s turn to reaction last term were also appointed by men who lost the popular vote for president. Both George W. Bush and Donald Trump took office only because of the profoundly undemocratic Electoral College system established by the Constitution. Trump’s attempt to overthrow his 2020 defeat has exposed a further threat from that system to the people’s ability to elect our presidents. If the Electoral College does not yield a candidate with an uncontested majority of electors, Article II and the 12th Amendment together give the House of Representatives the power to choose the president. Significantly, in making this choice, “the votes shall be taken by states, the representation from each state having one vote.” Thus, for purposes of resolving a contested presidential election (will we ever again have any other kind?) the House of Representatives turns functionally into the undemocratic Senate, representing the states and not the people. Had this process been triggered after January 6, 2021, Donald Trump would now likely be enjoying his second presidential term.

Finally, and most importantly, our undemocratic Constitution does not secure the right of the people to vote at all. The authority to set the rules for voting for federal officers—senators, representatives and presidents alike—is instead assigned to the state legislatures, subject (in the case of senators and representatives) to oversight only by a chronically deadlocked Congress. Throughout our history, many state legislatures have weaponized this power to undermine the voting rights of racial minorities, women and poor and urban voters. As expected by the Constitution’s drafters, the resulting restrictions have skewed the results of our elections, including the power to install federal judges, to favor the interests of the propertied. Now, Republican opponents of democracy are using the self- gerrymandered state legislatures they control to erect purposeless obstacles to the entire electorate’s ability to decide who will hold power in its name. In its next term, the same Supreme Court, which has already done so much to undermine a progressive application of our Constitution, will decide whether there are any limits to the ability of state legislatures to restrict, or even usurp entirely, the people’s voting rights. If there are not, we may see the 2024 presidential election determined by electors selected in some states by their legislatures, rather than by their voters.

The Senate, the Electoral College and the state legislatures’ stranglehold on voting rights gave us the current Supreme Court. The latter two now plainly threaten the integrity of our national elections as well. But the Constitution also offers a possible (if controversial) way to take back our democratic rights. Article V requires Congress to call a national constitutional convention upon the application of two-thirds of the states’ legislatures. Congress may provide that the convention’s work be submitted for ratification to 50 statewide conventions, with approval by three-quarters of them required to give effect to any amendments. To be sure, this radical step has always seemed terrifying. Far right ideologues could hijack a new constitutional convention to get rid of the parts of the Bill of Rights and post–Civil War Amendments they despise. Many of the same state legislatures now bent on denying voting rights, whose support would be required to call a convention, would likely share similar aims.

Still, by laying bare our undemocratic constitutional structure, the 2021–22 Supreme Court term may have changed the balance of risks. The prospects for achieving progressive change under our Constitution are more dismal now than at any time since Franklin Roosevelt’s first term. A national constitutional convention, followed by 50 more in the states, would also require our apparently polarized citizens to deliberate directly together, for the first time since Reconstruction, about how we should govern ourselves. Perhaps we shouldn’t be afraid of what this kind of collective deliberation might yield. As the people of Kansas showed us on August 2, 2022, many voters in red states, too, would prefer to live in a constitutional democracy grounded in respect for liberty and equality.

Bruce Miller is a Professor Emeritus of Law at Western New England University School of Law.