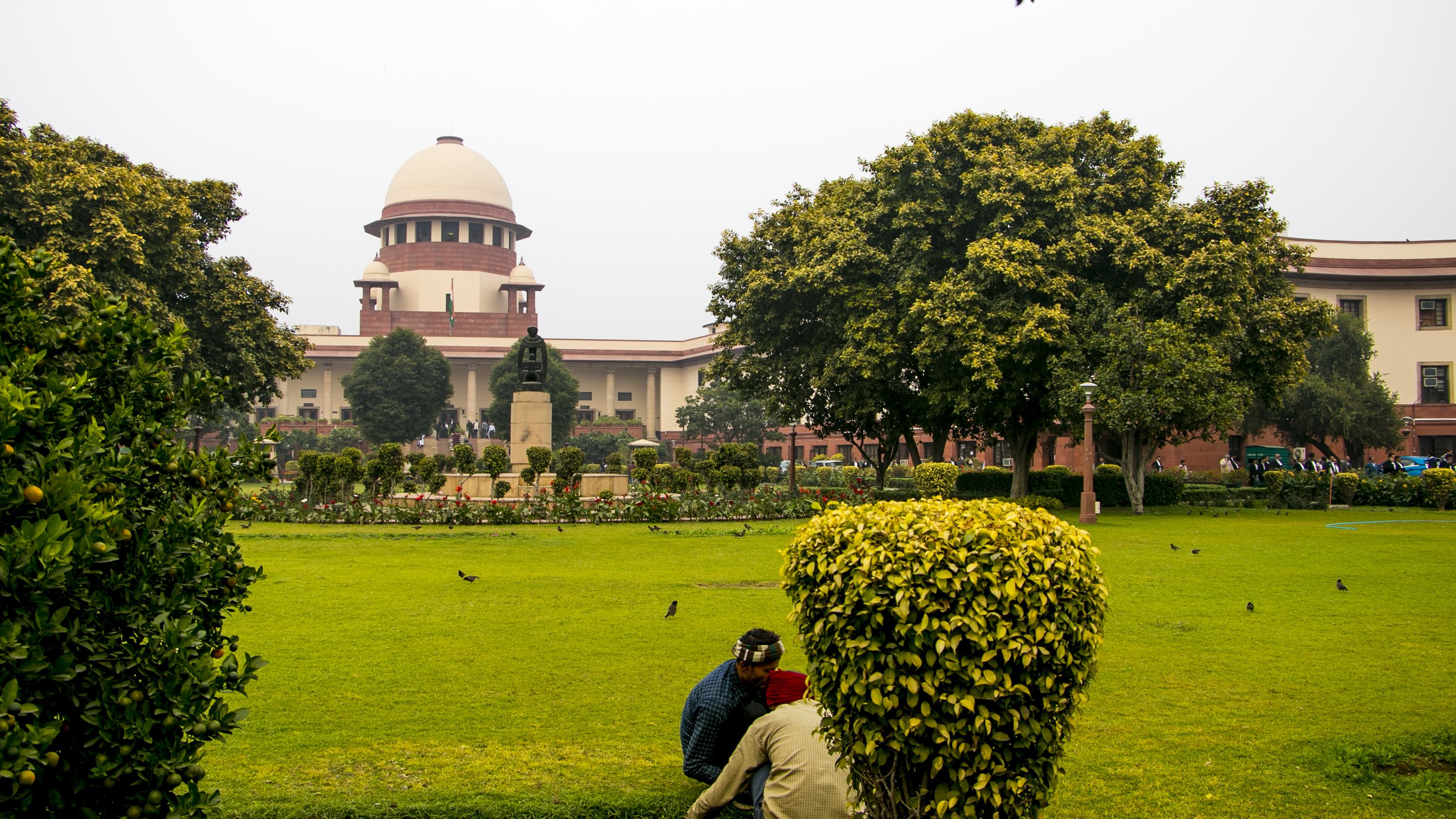 On May 11, 2022, the Supreme Court of India (SC) passed a landmark order to put the sedition law in abeyance for the first time ever since India’s independence. This would suspend it until its re-examination or further notice. The SC order is extremely significant in light of the continuous misuse of section 124A of the Indian Penal Code (IPC). Sedition is essentially incitement to oppose one’s own government. What constitutes such incitement is of concern – mere expression of dissatisfaction with the government cannot constitute the offence of sedition. What sets it apart is the extremity of the offence because it is not merely an opposition against a government but an act or expression to incite violence or its overthrow.

A Brief History of a Colonial Relic

A brief history of sedition explains the roots of its problematic interpretations and existence as a colonial relic. Its inception can be traced back to 1832 under the English law of “seditious libel”. It was added to the IPC through an amendment in 1870, which inserted section 124A. The first person to be convicted for the crime was Bal Gangadhar Tilak. Tilak’s case may be regarded as the genesis of the extremity of power attributed to the crime of sedition. Justice Strachey stated that sedition wasn’t just the presence of hatred, but even the “absence of affection.” According to him, it would include “every possible form of bad feeling to[wards] the government.” The intensity of such disaffection was immaterial. Strachey’s interpretation of sedition was adopted in 1898, replacing the previous narrower definition. Post independence, section 124A has been interpreted several times by the  courts but the most significant interpretation remains that of the SC in 1962 wherein its validity was upheld but its scope was limited to an intent to incite violence.

Post the 1962 judgement, the interpretation of the law of sedition has remained consistent. It has been reiterated several times that incitement to violence is a necessity for the crime. On the other hand, the cases being filed and conviction rates point to dangerous trends.

The Gordian Knot of Sedition

Although the need to include safeguards for the security and stability of the government has been noted by the courts and by the Law Commission of India, India has been witness to its blatant misuse lately. There has been a steady rise in sedition cases being filed- from 47 in 2014, 51 in 2017, 70 in 2018 to an alarming 93 in 2019. Further, in 2017, only 58 cases went to trial and only 1 case resulted in conviction. The pendency rate for sedition cases was nearly 90%. The cases being filed increased in 2020 and out of the 230 cases filed, only 23 were ultimately chargesheeted. Pendency of sedition cases further rose to a frightening 95%. The deplorably low conviction rates indicate that the Centre often slaps journalists and activists with baseless charges that only add to the atmosphere of servility and hostility. Adding to the distressing data are the bizarre reasons used to file sedition cases. These include chanting one’s religious texts like the Hanuman Chalisa or publishing a protest toolkit. For the latter, one must note that protests cannot be equated to “public disorder”.

Section 124A includes words like “hatred”, “contempt”, “disaffection” etc. which remain open to interpretation even with the explanations incorporated. Since sedition is a cognizable offence, the police are allowed to arrest the accused without a warrant. This means that the police have the discretion to interpret and decide what falls under the purview of section 124A which essentially is an inordinate authority vested in the hands of a non-judicial entity. One may argue that the police can file a sedition charge against an individual but the ultimate power to convict still lies with the judiciary and this is, thus, irrelevant. The problem with this argument is that it fails to consider the consequences that accompany an individual when they’re accused of a crime like sedition. Even if the individual is later acquitted, the mere accusation has condemned them in the eyes of society, the repercussions of which they are forced to live with throughout their lives.

Shortcomings of the Order

In the present case, the government submitted to the SC that it was already proceeding with its plans to scrap colonial laws that had outlived their utility and understood the public concern regarding sedition. They were thus ready to re-examine the offence. The court then noted the blatant misuse of section 124A and acknowledged the government’s plan to re-examine it. While the government proposed a mechanism involving superintendent officers of police having to justify any fresh case of sedition and this being open to judicial review, the petitioners sought full suspension of the provision.

The SC observed,  “there is a requirement to balance…integrity of the State on one hand, and the civil liberties of citizens on the other,” and that the Union of India agreed with the court’s opinion that section 124A was not in tune with the current times. Being cognizant of the security concerns of the government but also the need to re-examine the law, the court, in a historic first, put section 124A in abeyance until the union government had re-examined the provision. This would ensure that the government’s promised re-evaluation of the law is done in a time bound manner. The bench ordered all “pending trials, appeals and proceedings” to be put on hold and mentioned that they “hope[ed] and expect[ed]” the government to restrain itself from registering fresh First Information Reports (FIRs) and invoking section 124A while it was under consideration. This indicates that there is no explicit stay on the registration of new cases, “If any fresh case is registered..the affected parties are at liberty to approach the concerned Courts for appropriate relief.” With the execution of such requests instead of definite directions, the court has left ample room for the Centre to continue filing cases under section 124A since the only consequence for non-compliance is that the accused would again be left at the discretion of the courts to seek bail. This liberty to seek bail becomes a secondary step where the person has now already been accused of sedition and has to face the condemnation and consequences that come with it.

Abeyance of all pending trials under the provision where a chargesheet has been filed is the only direction passed by the court that has immediate measurable implications. However, the court used the language, “trials, appeals and proceedings” which would include those who have fallen victim to the misuse of the provision. Some form of relief ought to have been provided for those incarcerated under pending trials. Additionally, lessons should have been learnt from the fact that the police across the nation continue to file cases under section 66A of the Information Technology Act 2000 (ITA), which was declared unconstitutional in 2015. The reason purported for the same is that the abrogated section continues to remain in the statute book. Such behavior can be attributed to the lack of awareness of the local police. There is hence a possibility of continuous filing of FIRs by police under section 124A despite its suspension.

Another unsettling parallel is that the language present in section 124A is mirrored in the Unlawful Activities (Prevention) Act, 1967 (UAPA) under the definition of “unlawful activities”. This provision is also frequently misused across the country against journalists and loud critics. It poses a potential loophole where there is nothing preventing the government from simply switching to the latter’s use. This is particularly concerning since the requirements for bail under UAPA are extremely stringent and the act elevates the offence of sedition to a federal offence which then allows the National Investigating Agency to investigate and prosecute the accused.

What awaits Sedition – Possibilities and Priorities

Currently, we foresee two possibilities. First, the government decides to completely abrogate section 124A and in all likeliness brings in a more ethical provision to serve its purpose. Second, the government brings forth a revised version which will pave the path to intense deliberation upon its restructuration. In either scenario, the priority is to restrict its misuse and render it unusable as a tool of intimidation and oppression, a practice that has been persisting since its inception. The interim order is a welcome step and while it is a small win, it leaves a lot to be desired. It did however successfully highlight some issues that need to be noted for any future action. The authority to distinguish free speech from sedition cannot be given to the police since they are an organ of the executive and lack judicial awareness as depicted by the predicament of section 66A of the ITA. Regardless of whether 124A is abrogated or restructured, the offence of sedition will keep rearing its head under different names unless safeguards are extended to UAPA or the National Security Act. What Indians now await is the government’s submission which will decide the fate of this colonial relic in independent India.

Suggested citation: Sneha Bharti and Megha Bhartiya, Sedition – Is a Possible End to an Era of Misuse Around the Corner?, JURIST – Student Commentary, June 3, 2022, https://www.jurist.org/commentary/2022/06/bharti-bhartiya-sedition-supreme-court-india/.

This article was prepared for publication by Rebekah Malkin, JURIST Deputy Commentary Managing Editor. Please direct any questions or comments to her at commentary@jurist.org