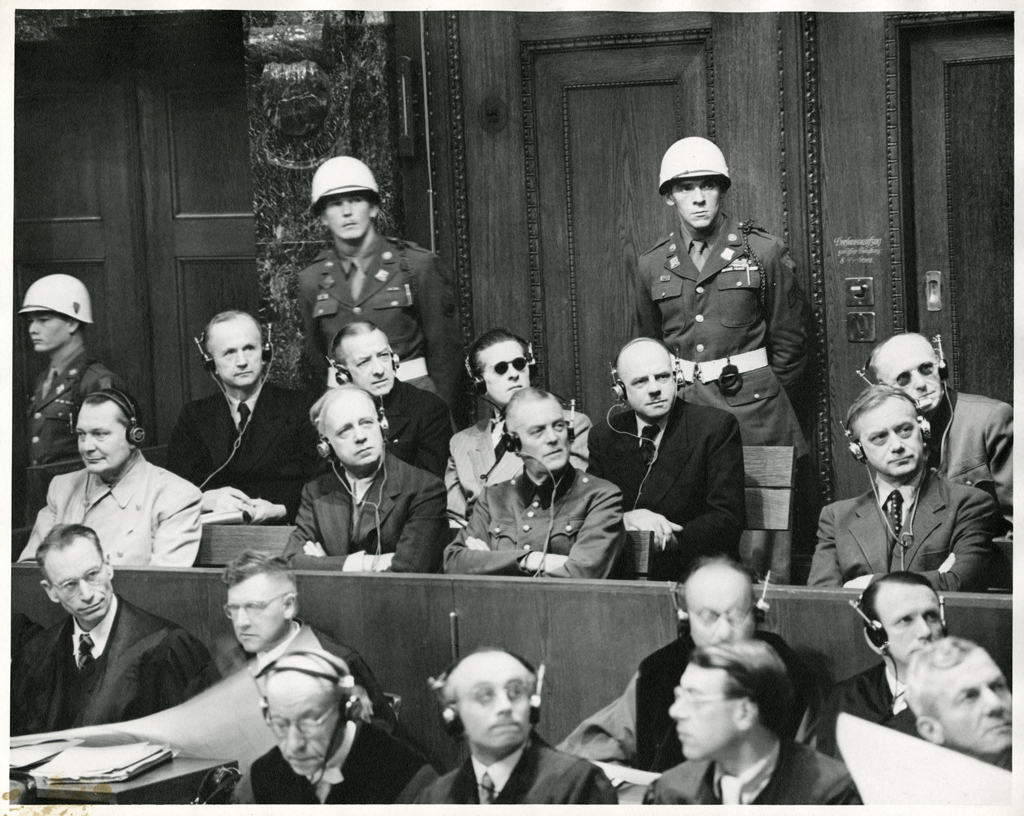 “For God’s sake, this man cannot remain in power.”

Though rarely recognized, international law is part of the law of the United States. It follows, among other things, that if the American president’s recent call for Vladimir Putin’s departure was consistent with the law of nations, it was also consistent with U.S. law.

In jurisprudence, the matter at hand is unambiguous. Regarding current Russian crimes against Ukraine, congruence between international law and US law is incontestable. Though it is ordinarily true under international law that one sovereign’s open call for the removal of another would represent an impermissible intervention, that expectation must be reversed whenever the called-for departure is based on alleged “crimes against humanity” and/or variously related Nuremberg-category crimes. Tangible  evidence of such egregious crimes is also necessary, but this evident requirement is scarcely problematic in the case of Ukraine.

Prima facie, Putin’s crimes against this grievously battered nation are easy to verify.

Even in our Realpolitik system of international law – the corrosive global system of “balance” brought into being at the Peace of Westphalia in 1648 – a presumption of world community and solidarity trumps all normal prerogatives of national sovereignty. Now, especially after strong reinforcements by the post-World War II Nuremberg Judgment and principles, states have not only the right but also the obligation to intervene in other states on behalf of basic (“peremptory”) human rights. Without any exception, all states are expected to reject UN Charter claims to “domestic jurisdiction” in circumstances wherein major crimes are being committed amid an unjust war.

Jurisprudentially, any such claims are bound to be ill-founded and effectively moot.

Now, correct legal language should stipulate that the harms Russia is inflicting upon Ukraine warrant (at a minimum) far-reaching “international concern.” Here, every state member of the “global community” maintains both the right and obligation to stand against the aggressor and with the victim. Scholars and policy-makers could find ample support for this imperative in the legal writings of Cicero, Hugo Grotius, Samuel Pufendorf and Emmerich de Vattel. Though such earlier names will appear arcane or esoteric to most readers and diplomats, they were substantially well known to Founding Fathers of the United States.

First transmitted into US law by William Blackstone’s eighteenth century Commentaries on the Laws of England – learned observations that represent the recognizable beginnings of current United States law – these classical jurists were imbued with the philosophy of “natural law.”

There is more. The natural law origins of the United States have never been seriously challenged or in any way abrogated (such efforts would have been illogical ipso facto.) Inter alia, these origins now call for the active removal of a Russian sovereign aggressor who is making daily mockery of basic human rights in the victimized state. Today, scholars and policy makers need look no further than Book 2 of Emmerich de Vattel’s encyclopedic “The Law of Nations” (1758): Says Vattel: “If there should ever be found a restless and unprincipled nation, every ready to do harm to others, to thwart their purposes and to stir up civil strife among their citizens, there is no doubt that all other states would have the right to unite together to subdue such a nation, to discipline it, and even to disable it from doing further harm.”

Ironically, US President Joe Biden’s comments on 26 March concerning Vladimir Putin’s continuance in office fell substantially short of his pertinent rights under both international and US law. If there should remain any sincere doubters, they would need only recall the explicit language of the UN’s Statute of the International Court of Justice at Article 38, describing as a primary source of international law “the general principles of law accepted by civilized nations.”

The Constitution of the United States was based upon variously core foundations of Natural Law, “self-evident” principles that are perpetually binding upon all persons and all sovereigns. While less explicit and harder to identify than codified or “positive” law, these principles are in no tangible way inferior to statute. They ought never be wittingly minimized or disregarded.

The Reason-based principles of Natural Law/Higher Law represent much more than quaint artifacts of America’s jurisprudential past. As the nation’s current political leaders consider and re-consider a broad variety of critical matters –  e.g., US foreign and domestic policy on human rights; US domestic policies on civil rights; issues of war and peace; etc. – there are times when the written law could once again be wrongfully manipulated for politically self-serving purposes. An example of this not-unprecedented problem would be reactionary political arguments for selective infringements or curtailments of civil rights, arguments that often take manipulative refuge in the Second Amendment. As even the US Constitution is subject to almost any variety of unreasonable interpretations, justice can never be served by this document ipso facto.

In essence, no law-based US codifications, no matter how well intentioned or intelligently conceived, could ever claim incontestable meanings.

Ultimately, the US Constitution, in the same fashion as any other authoritative codification of national or international law, must depend upon the method and human spirit by which it is consulted or invoked. In those plausibly foreseeable circumstances where adversarial interpretations would hinge less upon any peremptory expectations of order and justice than on variously antecedent preferences and prejudices (e.g., questions of gun control and public order), codified law could be suitably augmented by certain apt considerations of Natural Law. To be sure, per Blackstone, there would always be far-ranging differences on what actually constitutes “the eternal, immutable laws of good and evil” but Natural Law should still remain a final template of correct legal judgment.

There is one final observation about relevant international law, a system of norms and procedures that is always a binding part of United States law. During the law-violating Trump years, American foreign policy routinely turned a selectively blind eye to massive human rights violations in other countries, including even genocide and genocide-like crimes. In these unhidden cases, codifications of US law, including specific provisions of the US Constitution, was cynically reinterpreted merely to support presumptive  geopolitical interests.

Looking to ongoing and still-escalating Russian crimes in Ukraine, it was hardly inappropriate for Joseph Biden to declare that Russian president Putin “cannot remain in power.” Gabriella Mistral, the Chilean poet who won the Nobel Prize for Literature in 1945, once wrote that crimes against humanity carry within themselves “a moral judgment over an evil in which every feeling man and woman concurs.” President Biden’s March 26 declaration on Putin represented a timely example of just such a judgment. From the convergent standpoints of US law and international law, this commendable statement ought never be “walked back” or rescinded.

Louis René Beres was educated at Princeton (Ph.D., International Law, 1971). He is Emeritus Professor of International Law at Purdue University. Dr. Beres publishes at The New York Times; The Atlantic; The Bulletin of the Atomic Scientists; Harvard National Security Journal (Harvard Law School); The Hill; US News & World Report; World Politics (Princeton); JURIST; Yale Global; several dozen major law journals and various principal journals of the US Department of Defense. He was born in Zürich at the end of World War II.