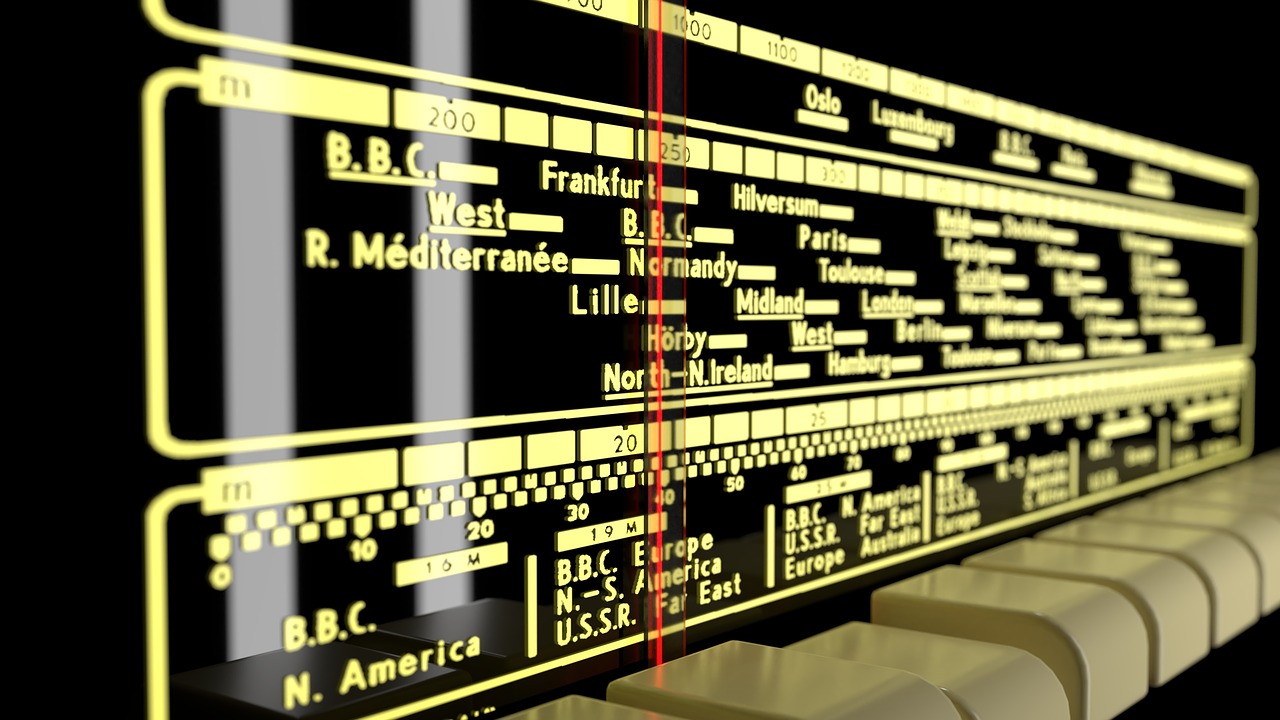 Commentary
sutulo / Pixabay
Kate Neiswender, a lawyer and former journalist, discusses how in the wake of the Ukraine invasion, she and a group of journalists have organized a private effort to beam western news programming to Russia by shortwave radio...

I was 20 years old when I got my first radio job, at KNX Newsradio in Los Angeles, as a runner. A very low-level job, but incredibly exciting, as I got to see the inner workings of one of L.A.’s most powerful AM stations.

I went into journalism to try to change the world.  After seven years, I changed professions, believing that law would be a better and more direct way to achieve that goal. Occasionally, there are twinges of wanting to be back in journalism as a reporter, and I still have nightmares about walking into a control room and being unable to remember which button does what. Oddly, I never have nightmares about courtrooms, perhaps because there are no buttons to push, no specific path forward. It often feels that the law is more of a prizefight: always sparring, always improvising.

It has been more than 30 years since I tried my first case, and I have taken on many pro bono causes since then: environmental protection, animal rights, and sometimes just helping someone who had been defrauded and couldn’t afford a lawyer. Still trying to change the world. Today, I am working with a small group of people to try to get solid journalism into Eastern Europe and Russia, in hopes of helping break down the wall of misinformation that surrounds Putin’s Russia.

A little background: In early March, Putin signed a law that threatens journalists with jail terms of up to 15 years for spreading “fake news.” As a result, almost all western journalists pulled out of Russia. Britain’s BBC announced it had “temporarily” halted reporting in Russia, and by the end of the day, the Canadian Broadcasting Company and Bloomberg News said their journalists were also stopping work. CNN and CBS News said they would stop broadcasting in Russia, and other outlets removed Russian-based journalists’ bylines as they assessed the situation.

With Russia’s attack on Ukraine drawing almost universal condemnation, Putin’s communications arm, Roskomnadzor, blocked Facebook, Twitter and other internet platforms. Some reports indicate the internet itself has been blocked or severely restricted in most parts of the country. Along with criminalizing “fake news,” laws were passed imposing fines for anyone calling for sanctions against Russia following the invasion of Ukraine. Street protests have resulted in thousands of Russians being jailed.

After the “fake news” law was signed, the BBC almost immediately shifted to disseminating its well-respected news programming to an old platform: shortwave radio. Going forward, the BBC World Service will broadcast four hours of English news broken into two blocks daily that can be picked up by people in Kyiv and some parts of Russia (the frequencies will be on 15735 kHz between 1400 and 1600 UTC at 9 a.m. EST, and 5875 kHz between 2000 and 2200 UTC, at 8 p.m. EST).

Voice of America and Radio Free Europe were expected to follow suit. They didn’t. The parent of VOA and RFE–the US Agency for Global Media–was asked when it would follow BBC’s lead, but its response was tepid. Too expensive. Too old a technology. Who has a shortwave receiver anymore? The excuses went on.

People want information. When there is no way of getting information via the internet or other modern technologies, shortwave and medium wave (better known as the AM band) radio is the logical choice. While it is true that shortwave is no longer common, those receivers used for decades from around 1935 through the end of the Cold War in the 1980s, are still in attics and dusty closets. Some of these frequencies cannot be effectively jammed (depending on radio frequency, power levels, atmospheric conditions and time of day), allowing the free flow of information into Russia, despite censorship and the exodus of Western journalists from that country. There are millions of licensed amateur (“ham”) radio operators around the world, most of whom have shortwave transceivers.

That is why a group of journalists approached me and asked for my help to coordinate the transmissions to relay Voice of America and Radio Free Europe programs into Eastern Europe and Russia. Both VOA and RFE programming is in the public domain, so uploading and transmitting the programs, either live or on delay, is easy and free. The only cost is the cost of transmission.

We immediately started a crowd-funding program (go to: https://fundrazr.com/radiowaves) and within 24 hours, money started coming in, enough to get us on the air. Many people see the logic in getting solid reporting into Russia and Ukraine, to help disperse the cloud of misinformation that supports Putin. Radio Free Europe already has programming in both Russian and Ukrainian, so after a test run of VOA’s English language “Flashpoint Ukraine” program, we are moving into transmissions in those languages as well.

The group that started this has decades of experience in broadcast journalism, as well as high-frequency radio engineering. Then there’s me. I have the knowledge to handle the business end of this, and it is a joy to do so.

That may be one of the best things about getting a law degree. Your expertise allows you to coordinate, brainstorm, and direct conversations in a way that is unique to the profession. The shortwave idea was certainly not mine, but I helped get the programming on the air. It is good to think I am helping the Ukrainian people, even a small amount. Changing the world one shortwave broadcast at a time.

Kate Neiswender spent 7 years as a broadcast journalist before going to law school. Her practice focuses on land use and litigation in California.