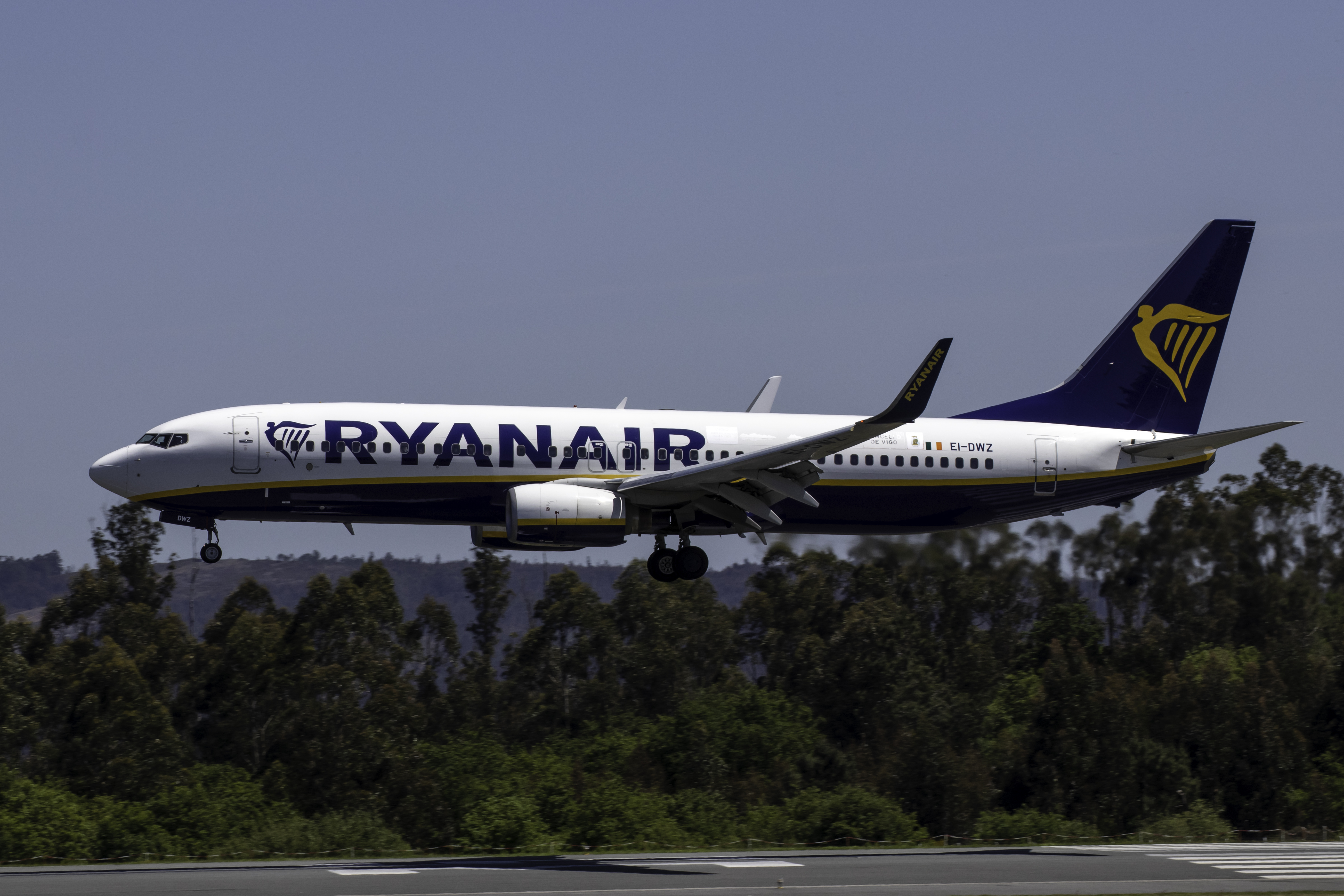 Bene Riobó, CC BY-SA 4.0, via Wikimedia Commons
Ritwik Sharma, student at the Institute of Law, Nirma University, discusses the implications on international aviation law after the Belarusian interception of an aircraft in 2021...

Recently, a federal US court issued warrants for arrest of several Belarusian officials for “aircraft piracy.” These indictments come as the result of year-long investigations into alleged improprieties and deceit by the Belarus government in the interception and diversion of an international flight in its airspace in May last year. The resulting exposé has left many concerned about the safety of international aviation and the adequacy of its protection under international aviation law. The success of the criminal action being brought itself rests on the Convention for the Suppression of Unlawful Seizure of Aircraft, better known as the Hague Hijacking Convention.

On May 23, 2021 Ryanair Flight 4978 was on its way to Vilnius from Athens. Over the course of its journey, the aircraft was flying through Belarusian airspace when it received a distress message from air traffic control. It alerted the flight crew that there was an explosive on board which was set to detonate upon the aircraft’s exit from Belarusian territory. Moments later, MiG-29 fighter jets of the Belarus Air Force intercepted the flight and escorted it to the Minsk Airport. Upon landing, authorities ordered the deplaning of the aircraft, leading to the identification and subsequent arrest of Roman Protasevic, a staunch political dissident of the Belarusian government, on criminal charges. Although his arrest is not relevant to the American indictment, it raised apprehension in many corners of the world about the possibility of foul play. This suspicion came as the result of the nation’s increase in grave human rights violations.

Due to the gravity of the situation, a series of investigations was launched. Evidence unearthed suggested that the entire incident was a calculated maneuver by Belarus to arrest Protasevic. This was based on the fact that firstly, the flight path revealed that at the time of interception, the aircraft was closer to its final destination rather than Minsk, but was still coerced into landing at Minsk. This was against standard protocol since mined aircrafts are expected to land at the airfield closest to them. Secondly, as reported by the ICAO, the purported bomb threat was “deliberately false.” It goes on to explain that the email containing the threat was received by Belarusian authorities after they had already alerted the flight crew. This was corroborated  by ProtonMail, the email service used to communicate the threat. Additionally, no bomb was actually recovered from the aircraft.

Although Belarusian authorities may justify deviating from standard procedure on account of the contents of the threat, the fact that the threat itself was baseless would mean that there was no justification to have intervened in the normal course of the flight to begin with. Such unwarranted interference poses a grave threat to the international aviation ecosystem.

WHAT DOES THIS MEAN FOR INTERNATIONAL CIVIL AVIATION LAW?

The threat of recurrence of such an unprecedented episode has left many stakeholders in the aviation industry understandably nervous. Military intervention in routine commercial flights itself is a cause for concern. However, using it as a garb for other motives upsets the fundamental principles of international trust and cooperation. It should be noted though, that military interceptions themselves do not amount to illegal acts. In exercising sovereignty over their airspace, pursuant to Article 1 of the Convention on International Civil Aviation, 1944 (Chicago Convention), States are empowered to intercept civil aircrafts. Article 3 bis of the Chicago Convention prohibits only those interceptions which are executed in a manner detrimental to the safety of the aircraft. In fact, it became a crucial alternative for many countries which would have resorted otherwise to using force in attempts to protect their sovereign airspace against alien intrusion. It is the abuse of these sovereign rights by Belarus that makes it pertinent to test the legality of its actions.

Addressing the fraudulent threat, it would be apt to mention Article 1(1)(e) of the Convention for Suppression of Unlawful Acts Against the Safety of Civil Aviation, 1971 (Montreal Convention). This provision makes the act of deliberately communicating false information to an aircraft in flight an offense, if the same jeopardizes its safety. A textual reading indicates that actual endangerment needs to result from the communication for it to be attached. Considering that communication of a bomb threat has the potential to generate stress and havoc amongst the pilot and crew, doing so on fabricated grounds should be sufficient for Article 1(1)(e) to be applicable. However, on account of absence of any substantiating evidence, the evidentiary rigors of the provision would not be satisfied. The allegations of state-sponsored hijacking and piracy, as alleged in the indictments, as well as by top leaders of the EU, also meet a similar result. Article 1 of the Hague Hijacking Convention requires that a person on board the aircraft takes undue control of it. In the present case, the aircraft was not overtaken by any individual aboard, but was rather manipulated under false pretext.

The only certain illegal aspect of this interception is the interception and diversion of the aircraft. Interceptions are inherently dangerous. Annexure 2 of the Chicago Convention restricts its use as a measure of last resort, for the limited purpose of providing guidance and navigation. In 2004, the ICAO Assembly, as a matter of policy, passed a resolution to reduce the use of interceptions by improving on cooperation and communication. In this backdrop, the actions of Belarus amount to unsolicited interference. It is relevant to note that this was not the first instance of an interception was undertaken under the garb of security issues. Both Israel and the US have intercepted non-military aircrafts. However, this is the first instance where a commercial airliner was targeted under such a brazenly false threat. There exists no evidence that would warrant the scrambling of fighter jets for an interception, making its execution a violation of the Chicago Convention.

WHERE DO WE GO FROM HERE?

The underwhelming legal implications of the actions of Belarus raise some interesting and important questions for international aviation law. It is somewhat shocking that its entire gambit somehow managed to escape much of the net of landmark international legal instruments. Even bringing its actions under the ambit of the Chicago Convention was not a simple exercise, since Belarus did not prima facie violate Article 3 bis. Therefore, the Convention should be reinforced with additional measures that crystalize the principles of necessity and proportionality. In this regard, inspiration could be drawn from the manner in which cardinal principles of jus in bello have been translated into the international legislations governing the conduct of warfare. Secondly, the rigidity in the Montreal Convention needs to be reconsidered, since its provisions have inadvertently created distance between its objective and application, as highlighted by the evidentiary requirements therein. The deliberate communication of any false information to an aircraft in flight should be penalized. Furthermore, to bring consistency in the response to situations of aircraft mining, the ICAO should also establish standard procedures that are endorsed by all member states. Doing so would minimize discretionary actions that may be, as the present case shows, inconsistent with the fundamental tenets of civil aviation.

The international community has responded in near unison against the actions of Belarus, with the EU and US imposing overflight restrictions that are present to this day. Coupled with the indictment, it seems that countries have taken it upon themselves to diminish the possibility of a similar debacle. Nevertheless, it is evident that these countermeasures are not a permanent solution. Imposition of sanctions of any sort is a highly political affair with multiple dimensions and countries may hesitate in imposing them if it is detrimental towards their foreign affairs.

Therefore, it is increasingly clear that the only certain way to improve aviation security is through appropriate additions and amendments as highlighted above. The introduction of overflight sanctions through these conventions could further deter arbitrary or unreasonable state actions that undeniably threaten the aviation ecosystem and help maintain order in the skies.

Ritwik Sharma is a student at the Institute of Law, Nirma University.