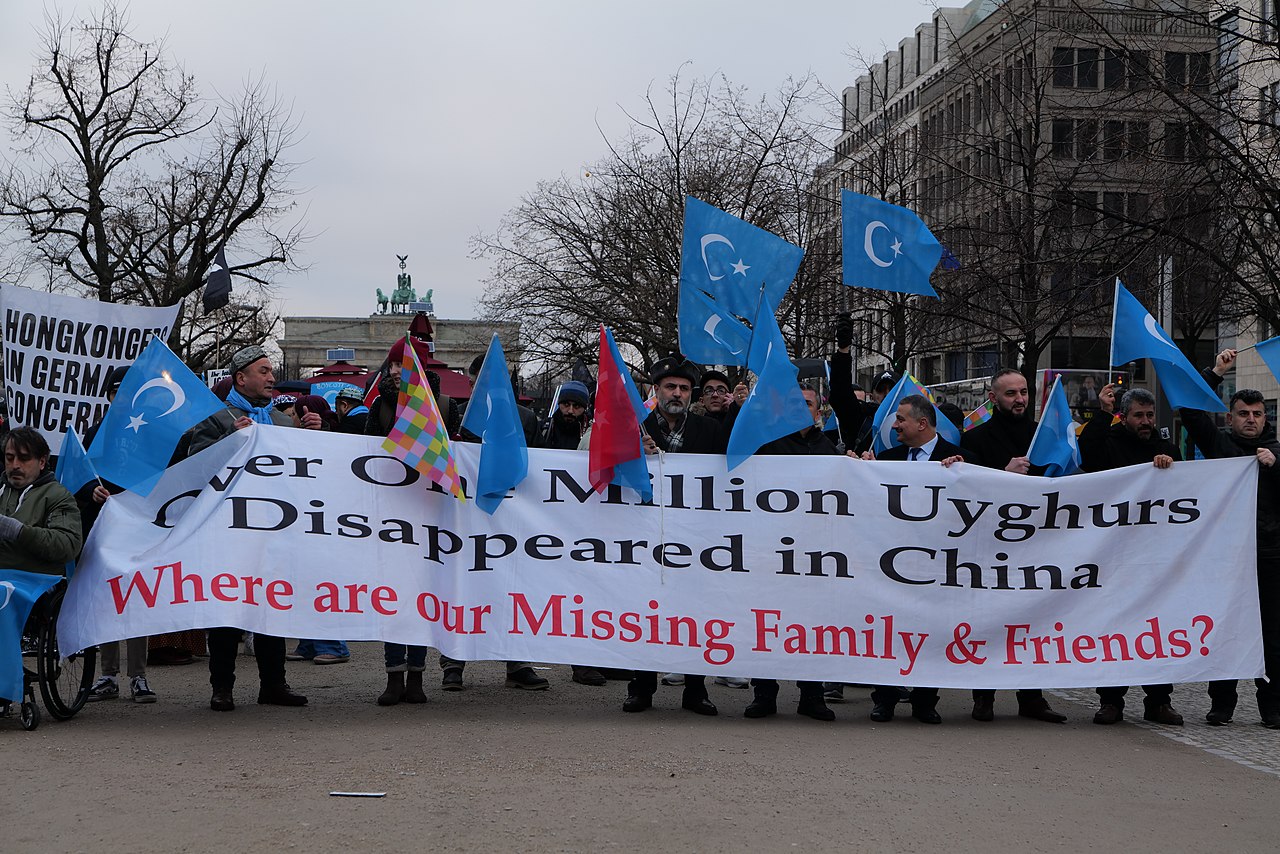 As we come closer to the opening of the Winter Olympiad in Beijing, China, a peoples in Western China is being destroyed “in whole or in part.” The world will assemble in the name of sport ignoring what is happening a few hundred miles away. It is a state-sponsored genocide by the very nation that is hosting the Winter Olympics.

The international community several weeks ago had cleared its throat “in protest.” Yet there is little being done. We should be outraged, horrified, and ashamed of this attitude.  China is denying its attempts to destroy the Uyghur people and accusing any nation or group that is saying so of trying to embarrass them.

Let’s be clear, over several years, perhaps longer, the Chinese government has a clear policy to destroy the Uyghur peoples, a Muslim community that has lived in Western China for centuries. Some of the inhumane treatments that China is using against the Uyghur peoples are forced sterilization, rape, and torture; and the women who speak up about the rape and torture are publicly smeared using misogynistic tactics. Furthermore, China is using surveillance and assimilation of Muslim minorities as a part of their genocide campaign under the guise of counterterrorism. An example of this tactic is a program that enables human surveillance by dispatching Chinese officials “to Uyghur homes to spy on their activities, monitor their thoughts and feelings, and carry out indoctrination.” The world knows all of this, yet it does nothing.

In history, there has been little use of armed force to stop a human rights violation. There have been subsequent efforts to enforce peace in an atrocity zone and stop further crimes, but not to prevent an ongoing atrocity despite the mandate of the responsibility to protect. A good example of this is the failure of the international community to step in with force to stop the Rwandan Genocide. A further, more recent example of this, was when then President Obama drew his infamous red line warning for Syria that if they used chemical weapons against their citizens, the international community would step in to protect the citizens of Syria. When the Syrian government continued using chemical weapons, nothing was done.

China knows this and understands that there will be little accountability for what they have done, are doing, and will continue to do to the Uyghur people. China’s political, economic, and practical place in the world negates any world condemnation. It can do as it wishes with impunity in their western provinces.

When China seized Tibet, with little effort and no real consequence, it knew that the international community was hapless to do much. It was a green light for future domination: the Uyghurs, Hong Kong, South China Sea, and eventually Taiwan. It’s a matter of time, which they feel is on their side. An ancient civilization going back thousands of years, China understands this.

To compound all this, the International Olympic Committee is complicit in perpetrating authoritarianism and atrocity. The Berlin, Beijing, Sochi, and Rio de Janeiro Games come to mind in modern times. The motive for the Olympic Committee is profit, as is the host country, and its equally complicit sponsors around the world. It’s as simple as choosing money over human misery. The profit is just too good and makes it easy to look away.

Mahatma Gandhi once said, “Silence becomes cowardice when occasion demands speaking out the whole truth and acting accordingly,”; and it rings true today. The 2022 Winter Games will happen, while useless gestures by various states “in protest” will largely go unnoticed. After the Winter Games, the world will go on, as will the genocide. Mankind is all the worse for it, as it seemingly doesn’t care or is unable to do much if anything. It will whistle past the mass graves of a destroyed people.

Professor David M. Crane was the Founding Chief Prosecutor, UN Special Court for Sierra Leone. He is a Distinguished Scholar in Residence, Syracuse University College of Law; and Founder of the Global Accountability Network, which houses the Uyghur Accountability Project.