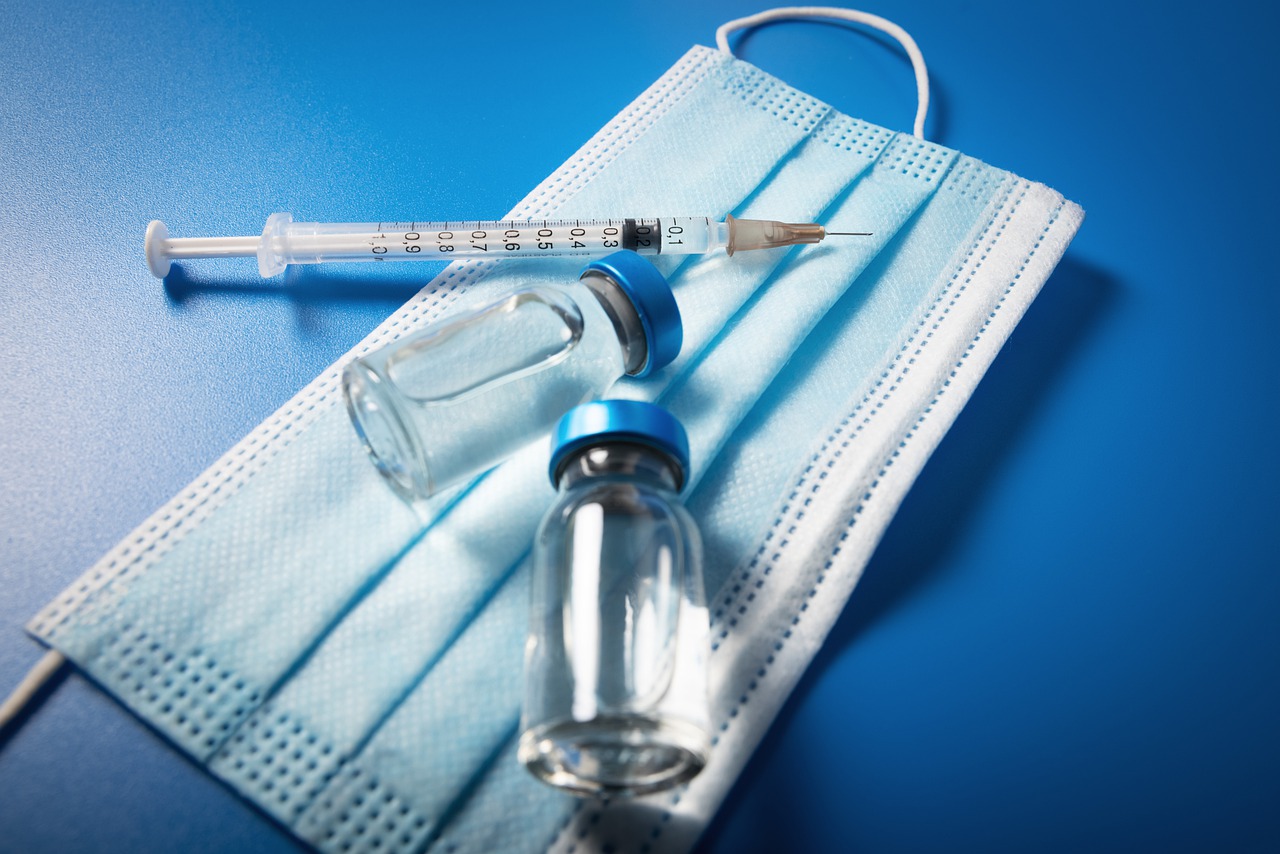 The COVID-19 pandemic has wreaked havoc on many aspects of our modern lives. Mandatory face masks, local and national lockdowns, and compulsory social distancing in public places have become a part of everyday routines all around the world. The pandemic has also tested the regulatory and administrative capacity of both states and international organizations to deal with exceptional public health events.

Paradoxically, from the point of view of the World Health Organization (WHO) the pandemic has been not only a serious organizational challenge but also an opportunity to show its leadership and to reaffirm authority in the field of global health. Unfortunately, as any reader is aware, its performance has been–to say the least–controversial. While many of its actions should clearly be praised, the organization has been also heavily criticized for being too lenient on China in the initial phase of the pandemic and for its supposedly late and inadequate response to the pandemic. In this context, commentators, experts and politicians have particularly pointed to a delayed declaration of a Public Health Emergency of International Concern (PHEIC) and inaccurate recommendations on the use of face masks and travel restrictions.

Naturally, it would be improper to blame only the WHO for all the failures that led to the rampant spread of the SARS-CoV-2 virus. Responses of the countries were largely incoherent and poorly coordinated. For a relatively long time, testing and contact tracing remained limited, while social distancing restrictions were mild when it was still possible to establish control over the progress of what subsequently has become a full-fledged pandemic.

Nonetheless, as the first (and likely not last) major similar event of the post-World War II world, the COVID-19 pandemic should be a warning sign that global health cooperation can, and should, be strengthened. The current international regulatory framework for “prevent[ing], protect[ing] against, control[ing], and provid[ing] a public health response to the international spread of disease” is provided by the International Health Regulations (IHR, Article 2). This instrument was adopted in 2005, after the SARS epidemic of 2003-2004 made it clear that the existing framework was inadequate to address outbreaks of infectious diseases in the globalized modern world.

Under the framework provided by the 2005 IHR, States are required to carry out activities “to detect, assess, notify and report” outbreaks of known or unknown pathogens (Article 5). The WHO Secretariat supports this process by acting as a hub for collection, verification, and sharing of information (Articles 5 to 11). The WHO Director-General is also empowered to declare a PHEIC (Article 12), and make temporary recommendations on health measures that should be implemented by States (Article 15). The 2005 IHR also frames public health measures within the broader framework of human rights and trade law. For this reason, they have been celebrated for providing “a vision of integrated governance for global public health.”

However, as has become clear during the COVID-19 pandemic, this new version of IHR is still very much imperfect. Arguably, the most important limitation is the fact that the treaty lacks the ‘teeth’ to ensure that the WHO is able to enforce its provisions. The WHO, thus, needs States to cooperate to ensure the functioning of the regime established by the IHR. It is with this understanding in mind that one should assess the WHO’s allegedly lenient stance towards China at the beginning of the COVID-19 pandemic. In all likelihood, the WHO shied away from criticizing China in an attempt to induce it to cooperate in sharing as much information as possible about the new SARS-CoV-2 virus.

Another very important limitation of the 2005 IHR is the fact that it does not include provisions on how to get out of a pandemic, most notably by providing equitable access to medicines, treatments, and vaccines. A new initiative, the Access to COVID-19 Tools (ACT) Accelerator, has been established as early as April 2020 to fill this gap, but its actual implementation has been judged insufficient.

These and other alleged failures have led to the establishment of some formal mechanisms to evaluate the WHO’s and the international community’s response to the COVID-19 pandemic. The two most prominent ones have been the Review Committee on the Functioning of the International Health Regulations (2005) during the COVID-19 response, and the Independent Panel for Pandemic Preparedness and Response. Both mechanisms issued a final report highlighting several areas of improvement for global cooperation in pandemic preparedness and response.

The publication of the reports, which came at a moment when the pandemic was still unfolding, increased appetite for change. In May 2021, the World Health Assembly (WHA) decided to establish a Working Group on Strengthening WHO Preparedness and Response to Health Emergencies (WGPR). Moreover, the WHA held a special session in November-December 2021, where it passed a resolution establishing an Intergovernmental Negotiating Body to Strengthen Pandemic Prevention, Preparedness and Response (INB). However, it is still very much unclear what the outcome of these bodies will be–whether they will lead to a reform of the international legal framework on pandemic response, and what this reform would look like.

The INB has been tasked with drafting an instrument that could be adopted “under Article 19, or under other provisions of the WHO Constitution as may be deemed appropriate by the INB”. The United States had initially opposed the idea of drafting a new treaty, favoring the idea of a non-binding instrument. More recently, the United States softened its opposition, and agreed to keep open the option of a treaty. The final WHO resolution foresees that the INB has until August 2022 to decide on the form and legal basis of the new pandemic instrument. While the resolution includes some instructions on timeline and procedures, it does not clearly define the scope of the new treaty. However, the preamble of the resolution as well as the preparatory report prepared by the WGPR for the special session of the WHA suggest that the new instrument should focus on the second main limitation of the 2005 IHR identified above (in the words of the resolution: “development and distribution of, and unhindered, timely and equitable access to, medical countermeasures such as vaccines, therapeutics and diagnostics, as well as strengthening health systems and their resilience with a view to achieving UHC”).

One issue on which there seems to be general agreement (as reported by the WGPR) is that the new treaty should not replace the 2005 IHR. The new treaty should rather address the gaps in the existing framework, while the 2005 IHR should continue to regulate surveillance and sharing of information regarding new outbreaks. However, this does not mean that the 2005 IHR will not also be the subject of a parallel reform. During the process of preparation for the special session of the WHA and within the WGPR, States have reiterated the view that the 2005 IHR should be “strengthened.” However, it remains unclear how and when this process would start. The WGPR reported that there is “no proposal and no support from Member States to renegotiate or reopen the entire” 2005 IHR. There are however other options, like targeted amendments, or the possibility of some minor changes through a WHA decision under Article 54(1) (as suggested by the WGPR).

Although the reform of global cooperation on pandemic preparedness and response remains uncertain, it is important to appreciate the exceptionality of the process that has been set in place. The WHA has held only one other special session since 1948. More generally, as scholars have noted, historically the WHO has often overlooked its formal legal authority in favour of soft law instruments. In addition to the 2005 IHR (and its preceding instrument), the WHA has used its treaty-making powers only two other times, to adopt the Nomenclature Regulations (1967) and the Framework Convention on Tobacco Control (2003).

Despite the remaining uncertainties, the decision of the WHA to launch a formal treaty-making process should be lauded. At the very least, the decision has crystallized the international consensus that the legal framework for pandemic preparedness and response is insufficient to tackle all the challenges that we have experienced with the COVID-19 pandemic, and that could emerge in future similar events.

This text draws on our forthcoming article L. Gruszczynski & M. Melillo, The uneasy coexistence of expertise and politics in the World Health Organization: Learning from the experience of the early response to the COVID-19 pandemic, International Organizations Law Review (2022); the final draft is available on SSRN: http://dx.doi.org/10.2139/ssrn.3786300.

Margherita Melillo, PhD is an associate at the O’Neill Institute for National and Global Health Law at Georgetown University. Lukasz Gruszczynski, PhD is a professor at Kozminski University & CSS Institute for Legal Studies.