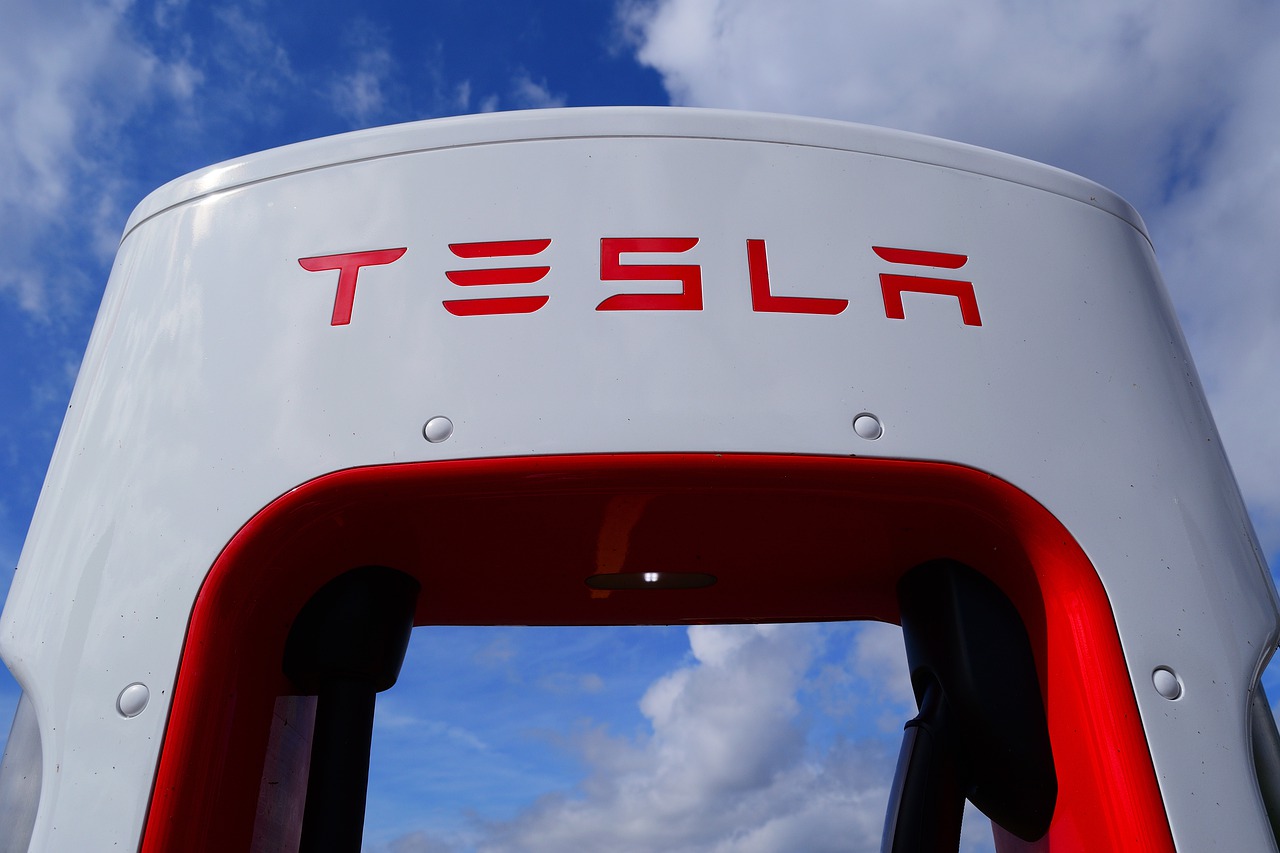 Jennifer Homendy, head of the US National Transportation Safety Board (NTSB), recently expressed safety concerns about Tesla’s “Full Self-Driving” (FSD) feature. This comes at a time in which the NTSB has announced an investigation into another Tesla crash and the US National Highway Traffic Safety Administration (NHTSA) is investigating Tesla collisions with emergency vehicles that have resulted in 17 injuries and one death.

Tesla’s FSD so-called “beta test” program raises significant safety concerns due to the use of untrained Tesla customers as test drivers and the wide distribution of videos showing dangerous vehicle behavior during those testing operations.

We address the question of whether this beta testing complies with law in states such as California which regulate testing and deployment of Autonomous Vehicles (AVs). We conclude that the Tesla FSD beta feature qualifies as Level 3 or 4 per the SAE J3016 standard on Taxonomy and Definitions for Terms Related to On-Road Motor Vehicle Automated Driving Systems. It should thus be subject to the same regulatory and policy regimes that apply to other autonomous vehicle technology testing.

Publicly available testing videos for FSD beta vehicles suggest, however, that these beta test drivers operate their vehicles as if to validate SAE Level 4 (high driving automation) features, often revealing dramatically risky situations created by use of the vehicles in this manner. Lawmakers and regulators should focus on this reality and recognize that FSD beta testing constitutes SAE Level 4 testing on public roads. Because of this reality, FSD beta testers should be subject to the same regulatory oversight as all other Level 4 testers to ensure the safety of road users and bystanders. Moreover, seen in its true light, the sale of FSD beta vehicles may constitute an unlawful deployment of AVs without applicable safety standard compliance in some jurisdictions. (An alternate argument could be made that FSD beta testing is effectively SAE Level 3 operation since that involves a subset of Level 4 capabilities, but the net effect is the same.)

A comparison of Tesla’s own public statements with the SAE standards document (J3016:2021) establishing the criteria for assigning a level to an automated vehicle demonstrates that FSD beta testing constitutes SAE Level 4 testing on public roads.

Consider Tesla’s description of its Full Self Driving Capability:

All new Tesla cars have the hardware needed in the future for full self-driving in almost all circumstances. The system is designed to be able to conduct short and long distance trips with no action required by the person in the driver’s seat.

The future use of these features without supervision is dependent on achieving reliability far in excess of human drivers as demonstrated by billions of miles of experience, as well as regulatory approval, which may take longer in some jurisdictions. As these self-driving capabilities are introduced, your car will be continuously upgraded through over-the-air software updates.

“The sustained and ODD-specific performance by an ADS of the entire DDT and DDT fallback without any expectation that a user will need to intervene.” (J3016 Table 1)

As shown by the following table, Tesla’s description of its FSD capability matches the SAE J3016 requirements for Level 4. An explanation of SAE J3016 terms follows the table.

The requirement that performance must be “sustained” is distinguished from momentary intervention during potentially hazardous situations, such as electronic stability control and automated emergency braking, and certain types of driver assistance systems, such as lane keeping assistance, because these features do not perform part or all of the Dynamic Driving Dask (DDT) on a sustained basis.

“ADS” stands for ‘Automated Driving System.’ An ADS performs the automated driving task, comprising both computer hardware and software. By way of contrast, a driver assistance feature, such as cruise control, does not drive the vehicle but merely assists the driver. Tesla’s description of its FSD capability initially omits a reference to software, perhaps in an attempt to distinguish its product from Level 4. However, hardware alone does not comprise an ADS and the later reference to “software updates” confirms the presence of initial software and an intent to continuously upgrade FSD capabilities.

“DDT” stands for ‘Dynamic Driving Task.’ The DDT includes steering and speed control, but not destination selection. To perform this task, the ADS which supports the DDT must, among other things, monitor the driving environment by object and event detection, recognition and response formulation.

“DDT Fallback” stands for the process of bringing a vehicle to a safe state (e.g. stopping on the shoulder of a road) following a failure of some aspect of the ADS, as well as the occurrence of other conditions reasonably expected for some trips. In a Level 4 vehicle, the DDT Fallback is handled by the vehicle, not a human driver. Even if Tesla’s eventual deployment users are expected to handle DDT Fallback, that merely reduces the FSD beta vehicle to Level 3 which is still subject to regulation as an AV.

Based on this analysis, Tesla’s own description of the FSD intended design capability clearly describes an SAE Level 4 feature. Tesla ought not avoid regulation by the label it self-assigns to its vehicles.

Moreover, the presence of a human driver does not prevent an FSD beta vehicle from classification as Level 4, as the current version of J3016 makes clear in Section 8.2 (a point emphasized by one of the authors elsewhere as “Myth 10” about using the SAE Levels to classify vehicle automation):

The level of a driving automation system feature corresponds to the feature’s production design intent. This applies regardless of whether the vehicle on which it is equipped is a production vehicle already deployed in commerce, or a test vehicle that has yet to be deployed. As such, it is incorrect to classify a Level 4 design-intended ADS feature equipped on a test vehicle as Level 2 simply because on-road testing requires a test driver to supervise the feature while engaged, and to intervene if necessary to maintain operation.

The SAE J3016 Section 8.2 criteria for assigning SAE Level 4 hinge on design intent. If the manufacturer’s design intent is Level 4, then it is a Level 4 vehicle even if there is a test driver to supervise while the feature is engaged and intervene when necessary. Significantly, a vehicle can qualify as Level 4 even if it fails to be a particularly competent or safe instantiation of Level 4 technology.

The Tesla description of the FSD feature makes it quite clear that Tesla has Level 4 design intent, stating: “The system is designed to be able to conduct short and long distance trips with no action required by the person in the driver’s seat.” In contrast, at Level 2 the driver is required to “complete the OEDR subtask” portion of the DDT, which involves Object and Event Detection and Response. (J3016 Table 1) The whole point of FSD, as generally represented by Tesla marketing materials and public messaging, is that the driver no longer has to drive (i.e., the FSD feature actually fully self-drives), which necessarily removes the OEDR subtask burden from the human driver.

As to whether the person in the driver’s seat qualifies as a “test driver,” Tesla itself is calling such drivers FSD “beta testers.” Tesla even recently announced it will be accepting electronics applications for more testers via a beta test request button, and will be giving access selectively, making such further distribution an expansion of a test program rather than a general public release. While Tesla hopes to reassure the public by saying that only good drivers will receive permission to test FSD beta, this only reinforces the notion that this is a selectively released pre-production test system, and not a road-ready full production feature. In other words, Tesla is having selected civilian drivers do on-road testing of their “beta” SAE Level 4 FSD feature. This combination of vehicle plus test driver arrangement is behaving dangerously on public roads.

Our conclusion does not change based on representations that Tesla made to  California regulators to the effect that its vehicles are SAE Level 2, presumably to avoid regulatory oversight and permitting processes required of more highly automated vehicles, including Level 4 vehicles.

An analysis of released e-mails between Tesla and California DMV reveals that Tesla left itself room to maneuver by careful word choice:

A complete analysis of the disclosed documents is beyond the scope of this essay. However, we were unable to find any unambiguous statement made by Tesla in the DMV communications that the FSD beta program is actually at SAE J3016 Level 2. (In any event, any such statement would be incorrect in our analysis.)

The consequence of FSD beta testers not being “designees” and thus not engaged in “testing” is that their FSD beta vehicles are part of a “deployment.” For a proper deployment on any public road in California, Tesla must have submitted, and the DMV approved, an Application for a Permit to Deploy Autonomous Vehicles on Public Streets, form OL 321 (New 2/2017). It does not appear that such an application has been submitted or approved. Violation of this regulation follows directly from a determination that FSD beta vehicles satisfy Level 3, 4 or 5 classification requirements.

Given the reality of Tesla’s FSD beta testing program, the California DMV would be justified in sending Tesla a letter to show cause why the DMV ought not to seek an injunction against operation of FSD beta vehicles in California.

Tesla has painted itself into a regulatory corner. If Tesla denies the intent for FSD beta to satisfy SAE Level 4 capability,  Tesla’s pervasive statements and messaging strategy to customers purchasing FSD – that the vehicle is, in fact, “Full Self-Driving” – are misleading. For regulatory purposes, it simply will not suffice to deny actual design intent to build either a Level 3 or Level 4 vehicle. Tesla’s insistence of Level 2 classification for its FSD beta could have consequences in dimensions other than public road testing safety (for example, an analysis of breach of contract actions by consumers). However, that analysis is beyond the scope of this essay.

Given the above analysis, we urge Departments of Transportation around the United States to consider classifying the FSD Beta release as an SAE Level 4 program, with applicable regulatory and operational guidance applied accordingly. As our technology companies innovate, we should not place the public at unreasonable risk, as “unreasonable risk” is determined by the proper authorities tasked with protecting the public by making an independent risk assessment. Tesla and the DMV should work together to qualify the Tesla beta testers in accordance with California law and regulations.

William H. Widen is a Professor at University of Miami School of Law, Coral Gables, Florida, researching the regulatory implications of autonomous vehicles.