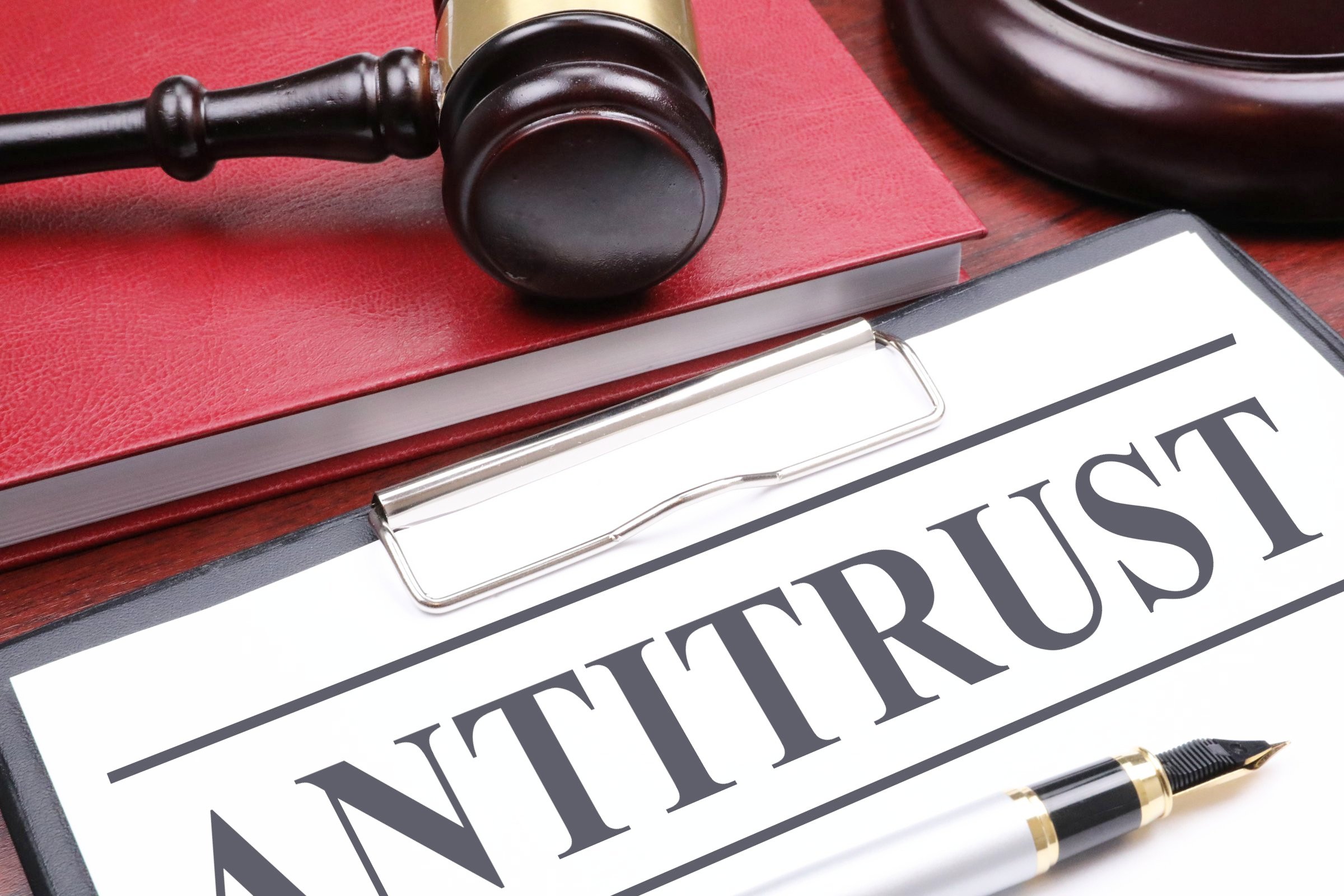 Mergers & Acquisitions account for a significant portion of a nation’s gross domestic product particularly in developing industrial economies. The reforms processes initiated by the Government of India since 1991 has influenced the functioning and governance of Indian enterprises resulting in the adoption of different M&A strategies by the corporate enterprises refocusing on global competitiveness, market share, and consolidation. However, these reforms in India have been in stunted growth for the past few years with incumbent companies acquiring their nascent competitors resulting in either complete subsumption of target’s activities or by putting an end to future competition entirely.

Recently, the European Commission has issued new guidance on the application of Article 22 European Union Merger Regulation (EUMR) referrals that will allow the Commission to encourage a Member State to refer transactions that may adversely affect competition even if they fall below the merger filing thresholds of that Member State. The new policy is poised to put a knot on killer acquisitions happening in the EU. In this article, the authors will analyse the New Merger Control Policy, 2021 introduced by the EU in light of countering killer acquisitions, and will advocate the need for a similar provision under India’s Competition Act to preserve a level playing field for large and small enterprises, as well as to stimulate innovations within the country.

Killer acquisitions refer to the practice of established corporate entities acquiring nascent competitors. This acquisition is a called killer because post-merger, the target’s activities will get completely subsumed within those of the acquirer or their technology will be used to benefit the acquirer thus the acquirer will avert any chance of future competition.  The practice of killer acquisitions has become a topical issue in many developing industrial economies especially in India where the start-up ecosystem has witnessed exponential growth from 29,000 in 2014 to 55,000 by the end of 2020, so has the number of killer acquisitions. However, most of these nascent companies might not have reached a stage of being recognized for their innovations or consumer base in the potential market; thus their killer acquisitions go unseen, without public scrutiny. Nevertheless, the total asset/turnover of these entities have always been below the threshold specified in the Act because of which even if a renowned competitor gets eaten by a bigger whale, the transaction won’t come under the regulatory scrutiny, thus helping the acquirer ward off potential competition.

These novice entrants have several benefits including government support and generally possess such innovations that can effectively challenge a well-established player. These benefits form the motivation behind killer acquisitions. In many a case, these acquisitions not only kill the competition but also the product, hence it is detrimental to both market and consumers. All these transactions are not reported to the Competition Commission of India (CCI) as they did not breach the current statutory thresholds for ‘combination’ under section 5 of the Competition Act.

Much like the various merger control authorities globally, the EU has been in its own internal debate between various member states to ascertain whether the European Commission might be missing some useful mechanisms for reviewing acquisitions of nascent competitors, particularly in the technology and pharmaceutical industries, that could play a significant competitive role in the market in the future, irrespective of their current revenue. Although many of these transactions do not meet the EU’s revenue-based thresholds, they have often created massive monopolistic relevant markets. Against this backdrop, on March 26, 2021, the European Commission announced a major reform of EUMR procedures, focusing primarily on acquisitions of low revenue targets that are or may become competitively significant through their valuable assets, such as raw materials, IP, data or infrastructure.

According to the new guidance, the European Commission will work with National Competition Authorities to identify transactions that though may not meet any national notification thresholds, but have the potential to stifle competition in the relevant market. The referrals introduced under Article 22 of the EUMR will allow merging parties looking for an indication of adverse impact on competition, third parties, and the National Competition Authorities to refer the candidates to the EU Commission. Further, the EU Commission may also suo motu inform the relevant National Competition Authorities and invite them to make a referral request. After the European Commission informs the parties that a referral request has effectively been made, a suspension obligation will apply to the parties, and closing of the deal is prohibited until the European Commission has come to a final decision approving the transaction.

M&A in India is controlled under the Competition Act, 2002. The Competition Act prescribes certain thresholds for combining requirements based on the combined assets/turnover. Once the statutory threshold for exemption under Section 5 of the Competition Act has been crossed, combining entities are required to notify the CCI of any Appreciable Adverse Effect on Competition (AAEC). Following this, the CCI will conduct an investigation into a potential AAEC and may approve the acquisition unconditionally, or provide a conditional approval subject to structural or behavioural modifications, or completely reject the acquisition.

The Competition Commission of India can only block killer type acquisition when they exceed the statutory thresholds prescribed. However, the players involved in a killer acquisition are always novice entrants such as a start-up and a well-established corporate entity. As a result, most times, the total asset/turnover of these companies combined does not cross the statutory threshold thereby not attracting the Competition Commission’s scrutiny. Furthermore, killer acquisitions are not recognized before the acquisition has taken place because it is difficult to ascertain whether an acquisition was likely to adversely affect the competition especially when the competition has not even been formed. For example, in pharmaceutical acquisitions, it is only after the phase 3 trials that an application for marketing approval is sent to the Drug Controller General of India. Moreover, most drugs fail in the early stages of the trial or are scrapped in the later stages. Thus, it is not possible to determine if the acquisition has been a killer beforehand.

Furthermore, it is interesting to note that the Competition Act does not have any explicit provisions for prohibiting the killer type of acquisitions, although Section 4 of the Act prohibits enterprises from abusing their dominant position. The practices such as restricting the production of goods or services, or restricting technical or scientific development relating to goods to the prejudice of consumers are covered under Section 4 and are considered to be an abuse of dominant position irrespective of whether the combination meets the statutory threshold under Section 5. However, regulating killer acquisition through Section 4 is a long and cumbersome process because it may be utilized only once the damage has already been done.

The traditional approach of merger control is to scrutinize acquisitions and mergers where the assets/turnover of the combined entity has breached the set thresholds under Section 5 and 6 of the Competition Act, 2002 is not capable of identifying the threat of killer acquisitions. It is in light of this ascending issue that the Competition Law Review Committee in their 2019 Report recommended the need to introduce deal value or transaction value thresholds to capture such unique transactions that may in future create AAEC, this has been already implemented in Germany and Austria.

Accordingly, the Draft Competition Amendment Bill, 2020 proposed a version to be implemented in the future. However, the problem with this approach is that many times, the total value of such transactions may not even cross the supposed deal value threshold. For example, in 2016, Jabong.com—an Indian fashion and lifestyle e-commerce portal was acquired by Flipkart through its unit Myntra for about $70 million. And deals of $70 million are quite common in the world of M&A.

This being the case, the EU New Merger Control Policy, 2021, could significantly guide India in reducing the number of killer acquisitions. The new policy on merger control allows referrals to the European Commission with respect to any deal, regardless of whether the national filings might be required or not, provided that based on a preliminary analysis, there has to be a real risk of creating an element of elimination of a recent or future entrant, making entry/expansion more difficult, or the ability and incentive to leverage a strong market position from one market to another. The guidance requires the referring party to request a referral under Article 22 EUMR referrals within a stipulated time as soon as the transaction is ‘made known’ to them with the information relevant for the assessment of the referral.

It is high time we consider similar measures under the Indian merger control regime as well. These changes could be brought easily by adding an explanation to the small target exemption under Section 5 of the Competition Act, declaring it to be inapplicable where there is a real risk of creating an effect of elimination of a recent or future entrant, making entry/expansion more difficult, or the ability and incentive to leverage a strong market position from one market to another. Moreover, mandating an option for the combining entities to approach the CCI could help in curbing the killer acquisitions in India massively.

The M&A exercise in developing industrial countries like India is today demurred by killer acquisitions happening right under the nose of regulatory radar. These acquisitions have adversely affected the free market and innovations within the country. The new EU  merger control policy could have a significant impact drafting similar policies in countries like India where there has been an exponential rise of start-ups in the last few years but have failed to witness their growth into a fully-fledged company. Nevertheless, it will be interesting to see how policymakers, stakeholders, and regulators will curb the menace of killer acquisitions.