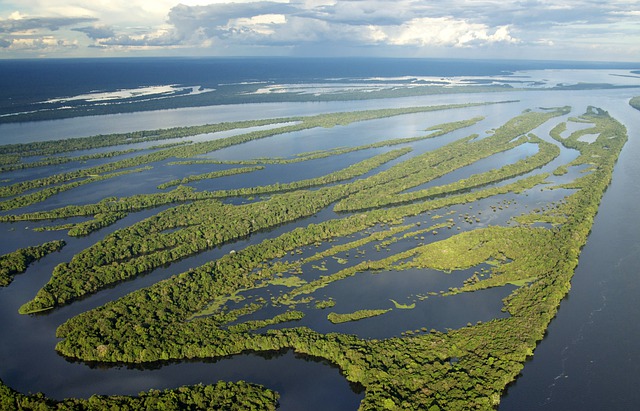 Sarika Maurya and Kshitij Gautam, 4th year students at Indore Institute of Law in India, analyze the new Brazilian Amazon rainforest Bill and its repercussions on the indigenous people in the region...

The beginning of Bolsonaro’s Presidential term has seen an escalation in violence and murder, and even the President has been accused of committing crimes against humanity among indigenous tribes. Bolsonaro policy decisions do not just affect Brazil, some have a bearing on the welfare of the entire planet. Brazil is home to the Amazon rainforest, and although deforestation has been rampant in Brazil since 2012, it has become even more rampant since he has become President. The effect of his harsh policies can be seen on the roads of Brazil in the form of protest against Bill PL 490, which will allow mass deforestation on indigenous lands for industrial purposes.

Covid -19 has disproportionately affected the indigenous tribes of Brazil in terms of healthcare. By allowing Bill PL 490 to be introduced in parliament, the government has created another problem in their life amid this pandemic. The Bolsonaro government is willing to pass the Act that will allow mass deforestation in the Amazon rainforest for industrial purposes and ultimately allow an outsider to occupy the lands of these people, thereby leaving them homeless.

Protecting the forest is the responsibility of all human beings, and not just of these indigenous people. But deforestation is rampant for further industrial expansion and other business which can be done through the wood of the forest. The current Bill PL 490 which has been passed by the Chamber of Deputies, will give the right to the industrialists to further expand their business in the already demarcated territories of these indigenous people without their consultation.

These people often receive life-threatening messages from outsiders, who wish to work there. As per Bolsonaro, he wants these people to lead a good life, but he doesn’t want these poor people to live on rich land. But if we take the situation of indigenous people living in the cities, they face discrimination and they would have to pay much higher fees than those who have been living in the cities. The plight of these indigenous people is very bad, and since Bolsonaro has assumed office, he has made their life much worse. This has made people approach the ICC for prosecuting Bolsonaro of crimes against humanity.

We can’t even assume that if the forest will be owned by an outsider then these indigenous people can come in the city and have a better life because in Brazil, not all indigenous people live in the forest; some of them even live in cities, and their life is even worse than they could have imagined. They face discrimination, individualization and prejudice. They face discrimination from their birth to adulthood. Although they get into colleges through the quotas granted to them by the Constitution, they still have to pay higher fees than other students, even though these people are amongst the first people of Brazil.

The Amazon rainforests are responsible for absorbing most of the world’s CO2, and by burning them, we make them emit CO2. Global warming is already a huge problem, and we are digging another hole by burning the trees and hence, letting them release carbon dioxide into the environment which they have stored in their trunks, leaves, limbs, and root.

It is alleged that the current Bolsonaro government is in power because of businessmen and now that the President is in power, he has to return the favor, and the current actions are a result of this. But this is not the first time he has used his repressive policy against indigenous people as these people had also protested against the assault and violence meted against them back in 2019.

Although these indigenous people have constitutional rights and other rights through international conventions, even for the implementation of these laws they need representatives. They are often assisted by activists who themselves have to live under constant threat as Brazil sees the highest number of murder of environmental activists.

Since colonial times, outsiders have taken advantage of these indigenous people, and now even in this crisis, the agri-businessmen and nationalist elite have weakened the government enough to grab the land of these people.

From the very beginning of his career as President, Bolsonaro has been against enforcement of environmental law, and now again in 2021, he has cut down the budget of the environment ministry, amid rampant deforestation in Amazon’s rainforest and US-led climate summit to end illegal deforestation by 2030.

The threat to indigenous people and their property has been constant, even though they have been given constitutional protection and international rights by various conventions. While Article 49(16) gives power to congress over the exclusive use of agricultural land, Article 129(5) provides for the defense of rights and interests of these indigenous people. And the current act which has been passed by the Lower House of Parliament will be violative of Article 231(3) of Brazil’s constitution as it provides that no mining on the indigenous land will be done by the authorization of Congress without the prior hearing of indigenous communities. This act will indirectly remove the people from their land, which again will be unconstitutional because this can only be done through a referendum by Congress. But this too can only be done in a situation when there is any catastrophe or epidemic which puts the population at risk, or in cases where national security is at risk, and they shall be removed to their native land as soon as the situation is back to normal.

There are close to nine hundred thousand indigenous people in Brazil and the threat to their life has been constant. If the law of the land had been followed, then Bill PL 490 would not even have passed in the lower house. As of now, the matter is before the federal court. The biggest threats to the Amazon rainforest are deforestation, logging, fire, mineral exploitation, agriculture expansion by outsiders and illegal land grabbing. Although it is mentioned in the Constitution that none of these things will be done on indigenous people’s land without prior authorization of Congress and consultation of these indigenous people, the current bill grants an outsider the right to mining, commercial agriculture, building hydroelectric dams and roads.

The real problem lies in the fact that no one will speak for these indigenous people when the activists who support them are not safe, the ministry that supports them often runs short of funds, and the laws which are meant for them do not work. It is a matter of great concern that these people are at constant risk of ethnocide.