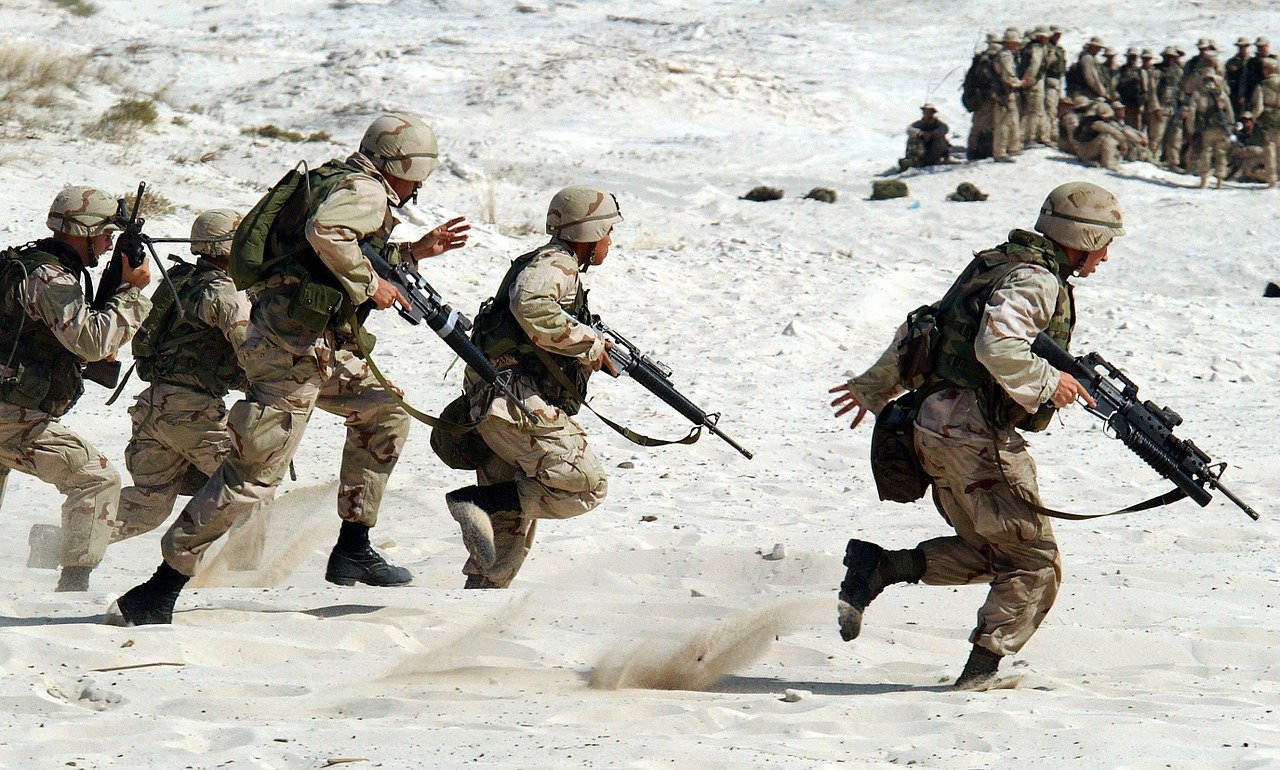 Defence-Imagery / Pixabay
Elisa Epstein, Washington advocacy officer and Liz Evenson, associate international justice director, at Human Rights Watch, comment on the impunity of the US for war crimes and the role of the ICC as a court of last resort...

On June 7, at a public hearing, Representative Ilhan Omar asked Secretary of State Tony Blinken where the victims of alleged war crimes and crimes against humanity could go to seek justice if domestic prosecutors won’t pursue cases in court. Omar had noted the Biden administration’s opposition to the International Criminal Court (ICC)’s Afghanistan and Palestine investigations.

The US government rejects the ICC having jurisdiction over nationals of countries that are not court members, even when the crime in question is committed in an ICC member state. On this basis, it has opposed investigations that could include scrutiny of alleged international crimes committed in Palestine by Israeli nationals and in connection with the conflict in Afghanistan by US nationals.

Blinken, restating the US position on the court’s jurisdiction, replied that both the US and Israel have the “mechanisms to make sure that there is accountability.”

Omar tweeted a video of the exchange with Blinken, with the commentary: “We must have the same level of accountability and justice for all victims of crimes against humanity. We have seen unthinkable atrocities committed by the U.S., Hamas, Israel, Afghanistan, and the Taliban.” Omar’s detractors immediately criticized her for what they took to be “equating” US and Israeli authorities with Hamas and the Taliban.

But their criticisms, perhaps deliberately, missed the point. Omar wasn’t comparing the crimes committed by these various forces but rather the common impunity that they enjoy. US and Israeli civilian and military authorities do indeed have the “mechanisms” to investigate and prosecute abuses their personnel have committed. But their track record shows that they lack the resolve to actually use those mechanisms to seek credible justice.

In Afghanistan, government forces have committed summary executions, forced disappearances, and systematic torture, while the Taliban have carried out numerous suicide and other deliberate attacks on civilians, including judges, legislators, community elders, and journalists. US military and Central Intelligence Agency (CIA) personnel have been responsible for serious abuses against detainees in Afghanistan and CIA black sites in other countries.

Despite Afghan government claims made in an effort to halt the ICC’s investigation, Afghan courts have not held those responsible to account for any of these crimes. The US record on accountability for well-documented torture by US military and CIA personnel is abysmal. While the US has conducted some limited investigations into alleged abuses by US personnel in Afghanistan and some military personnel have been prosecuted, senior-level civilian and military officials who could bear responsibility for authorizing these abuses, or failing to punish them, have not been held to account before US courts.

In Palestine, Israeli authorities have pursued an overarching policy to maintain the domination of Jewish Israelis over Palestinians and carried out grave and systematic abuses of the rights of Palestinians living there. Human Rights Watch has determined that these actions meet the threshold for the crimes against humanity of apartheid and persecution and called on the ICC prosecutor to investigate Israeli authorities implicated in these crimes. During periodic armed conflict, Israeli forces and Palestinian armed groups, including Hamas, have also carried out unlawful attacks that have inflicted serious harm against civilians that should be investigated.

Both Israeli and Palestinian authorities have failed to credibly investigate alleged serious crimes and to hold members of their forces accountable. It’s telling that in 2016, an Israeli human rights organization, B’Tselem, announced that after 25 years of referring to the Israeli military reports of alleged abuses of  international human rights and humanitarian law by its personnel and urging the Israeli military to investigate them, it was halting such referrals. It described the Israeli military’s apparatus for investigating abuses as a “whitewash mechanism,” and Israeli authorities have not even made the pretense of investigating apartheid and persecution.

The Palestinian Authority in the West Bank and Hamas authorities in Gaza are also not known to have investigated any alleged war crimes committed by Palestinian armed groups, including deliberate or indiscriminate firing on civilians in Israel.

In the face of this record of unanswered crimes, it’s striking that a tidal wave of criticism was directed at Omar, and not at the authorities who have let down the victims by failing to bring justice. Omar rightly articulated the basic principle: that no one should be above the law when it comes to international crimes.

Although neither Israel nor the US are members of the ICC, the crimes allegedly committed by their nationals took place in ICC member states, which means that they are within the ICC’s remit. There’s nothing extraordinary about this. Foreign courts already have jurisdiction over US citizens when they commit crimes abroad, and ICC jurisdiction draws on this long-accepted national power.

US and Israeli authorities – along with Afghan and Palestinian ones – have failed to reckon with grave international crimes committed by their nationals, paving the way for the ICC, a court of last resort, to do exactly what it was set up to do: to provide victims and survivors with recourse when all other avenues are closed.

Supporters of justice and human rights should welcome the ICC’s engagement and back its work unless and until there are credible national proceedings. There is much the US can do to support justice for serious international crimes around the globe, whether before the ICC or in other forums.

This includes support for domestic and mixed, international-national courts, such as in the Central African Republic, as well as innovative investigative mechanisms set up through the United Nations to address crimes in countries such as Myanmar and Syria.

The Biden administration has already turned the page from Donald Trump’s punitive sanctions levied against the ICC prosecutor in a bid to undermine the court’s work. The current administration’s open expressions of support at the UN Security Council for the ICC’s work in Darfur and Libya is a positive step. But, to be a credible partner on justice, the US should provide consistent support across the ICC’s work.