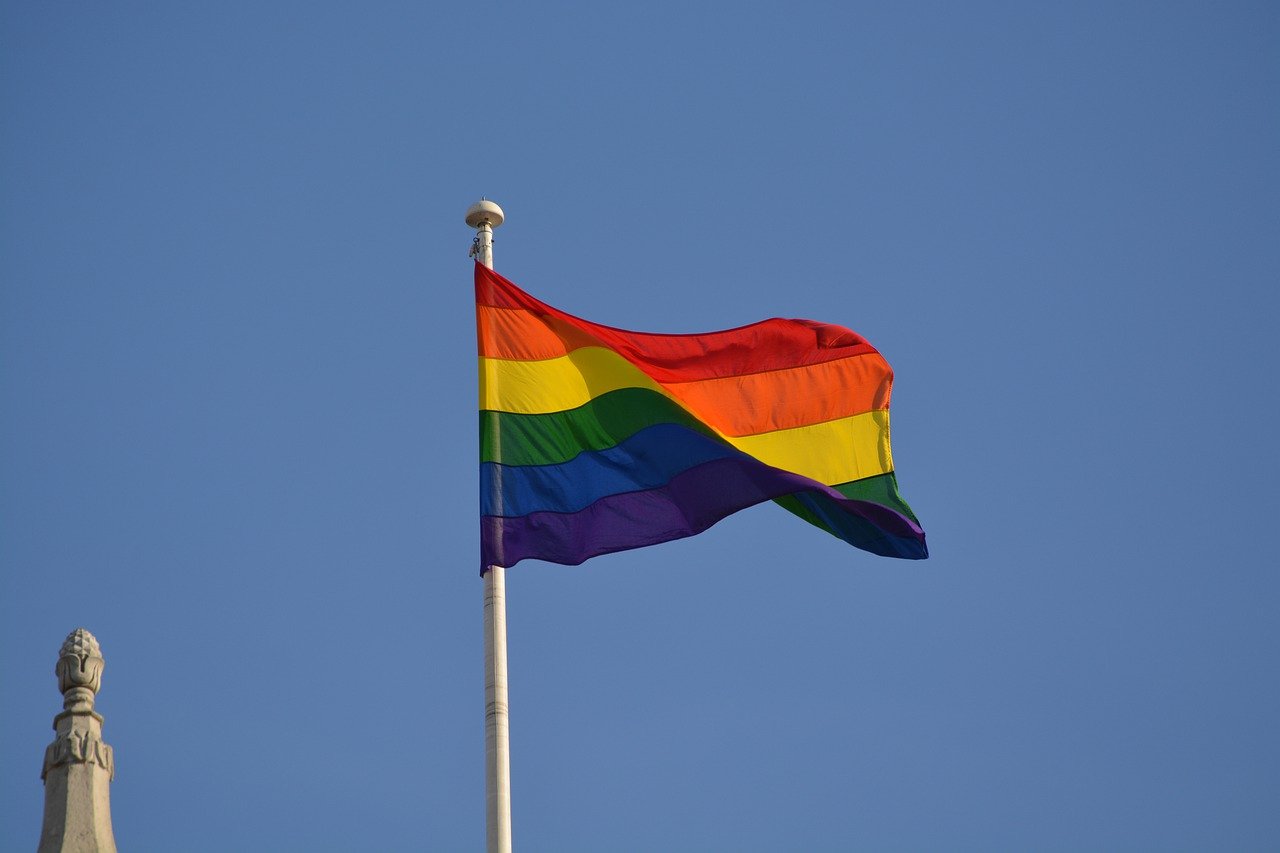 Commentary
Jaxor84 / Pixabay
Thendralarasu S. and Madhura Valli. K, students at IIT Kharagpur and UPES Dehradun respectively in India, discuss the role of the judiciary in fostering an inclusive environment for the queer community in India through a series of landmark judgments...

The 21st century has witnessed significant and progressive changes with regard to the rights and acceptance of the LGBTQIA+ community, with various legislations and policies being enacted/repealed for the protection of queer persons, and the increasing acceptance of sexualities and sexual orientations, other than those that have been indoctrinated as ‘normal’. This has also helped in changing the way we conceive the notions of gender identity, sexual orientation, and human relationships. Globally, there have been several social movements to secure and safeguard the human rights of queer persons, starting with the stonewall riots in the 1970s in the United States of America. Inspired by the global trend to fracture the preconceived notions against the queer community, there have been many social movements in India as well. However, the amplitude of such movements hasn’t been overwhelming, owing to the fact that the institution of ‘family’ is deep-rooted in heteronormativity, patriarchy, and casteism. The queer community in India has therefore been systematically oppressed, marginalized, and stigmatized.

While it is important to recognize these social movements and their efforts to create societal awareness and educate the people at large, it is also important to note that social movements have limitations in bringing about change to the fullest extent. While a policy shift in this regard has not been prioritized by the legislature, the judiciary has been the beacon of bringing about the necessary legal change(s) required along with social change. Litigation has been used as an effective mechanism to achieve such change with the aid of the judiciary and its powers of legislation, albeit limited. Being one of the pillars of democracy, the judiciary making inclusivity the norm will have a visible and dynamic impact on society as a whole. This article discusses the Indian judiciary’s role in light of recent judgments which supplement social movements for the advocacy of queer rights.

It is often argued that the judiciary, being the embodiment of justice, falls behind in being proactive to include members of the queer community within its structure. This can be evidenced through the lack of queer representation in the judiciary, and considering instances such as the failure to elevate Saurabh Kirpal, an openly gay Senior Advocate, as a High Court judge despite the unanimous recommendation of the Delhi High Court. Yet, it cannot be ignored that the judiciary has been the source of hope for the queer community in India in the recent past.

The relatively progressive stance of the judiciary, especially by the constitutional courts, has been apparent in recent years. Back in 2009, in the case of Naz Foundation v. Govt. of NCT of Delhi, a division bench of the Delhi High Court held that treating consensual homosexual sex between adults as a crime was a violation of fundamental rights protected by the Constitution. This, however, was overturned by the Supreme Court in the Suresh Kumar Koushal case, squandering all progress achieved till then. Subsequently in 2014, the Supreme Court, through the NALSA judgment, gave legal recognition to transgender persons, and legally declared transgender as the ‘third gender’. Albeit a small step, this came as a huge sign of progress and hope. The most notable aspect of this judgment was the right of self-determination granted to trans persons, with regard to their gender identity. Following this, was the Navtej Singh Johar case, which was arguably the most significant milestone in the timeline of queer rights in India. This case read down section 377 of the IPC, thus decriminalizing all consensual sex among adults, including homosexual sexual relations.

This progressive approach has been continued by the courts in many following cases. In 2019, the Madurai Bench of the Madras High Court in Arunkumar v. Inspector General of Registration, upheld the marriage between a trans woman and a cis man and affirmed it to be valid under the Hindu Marriage Act, 1956. The court also noted that a ‘bride’ included any intersex/trans person who identified as a woman. It was observed that “[t]he only consideration is how the person perceives herself.” Despite the heteronormative understanding of consummation as one between a cis male and cis female under the law, the validation of this marriage by the court shows the willingness and potential to interpret beyond the traditional understanding of gender identity.

The most recent, and significant judgment in this regard, was delivered by J. Anand Venkatesh of the Madras High Court on 7th June 2021, which has been regarded as a present to the queer community during the pride month. While considering the petition filed by a lesbian couple seeking protection from harassment by police and family, it was observed by the court that the LGBTQIA+ community “cannot be left in a vulnerable atmosphere” where there isn’t any guarantee for their safety and protection. It is also noteworthy that J. Venkatesh, while dealing with this matter, volunteered to undergo psychological and educative sessions with a professional psychologist, in order to unlearn and overcome his prejudices against the queer community, and to understand their struggles better. He stood out as an ally for the queer community by stating that “[i]gnorance is no justification for normalising any form of discrimination.” J. Venkatesh also noted, in his judgment, the need for the legislature to come up with an enactment, and the need for the protection of queer persons from the hostile environment(s) till then. He, therefore, issued guidelines for the safety and protection of rights of queer persons. The guidelines issued were for the sensitization of police and prison authorities, judiciary, educational institutions, as well as physical and mental health care professionals regarding LGBTQIA+ issues.

The most notable aspect among the guidelines was the direction given to the Union and State Governments to take steps to prohibit any attempts by medical professionals to ‘cure’ or ‘change’ the gender identity and/or sexual orientation of queer persons. It was also stated that strict action needs to be initiated against a medical professional who is involved in any form or method of conversion therapy, which included the withdrawal of license to practice. The guidelines also focused on public outreach, by directing Anganwadis (Rural child care centers in India), and other shelter homes to protect and shelter trans persons, and the state to organize awareness programs for the society at large on sensitizing LGBTQIA+ related issues. Another noteworthy point among these guidelines was the direction to the judiciary, which stated that any issue relating to the LBGTQIA+ community must be addressed with sensitivity, and the necessary adaptive mechanism must be adopted – such as counseling, monetary support, legal assistance, and so on – relative to the facts and circumstances of each case. The underlying intention behind these guidelines was to create a safe(r) space for the queer community.

Although the nation has set a precedent formally accepting the Yogyakarta Principles in the NALSA case, and decriminalized ‘unnatural sex’ to protect the right to life, liberty, and privacy in the Navtej Singh Johar case, India still falls back in granting sexual minorities their due [and inherent] rights, recognition, and representation – not only in the judiciary but also in public office. The aforementioned judgments have acted as a catalyst in the process of grappling with marginalization and social exclusion, by recognizing the diverse nature of relationships and families. As expressed by former Chief Justice Deepak Mishra in the Navtej Singh Johar case, constitutional morality must succeed over social morality to ensure that the rights of the LGBTQIA+ community are secured. These judgments, therefore, stand as a testament to the potential of the judiciary to adapt, and move away from the traditional understanding of socio-legal phenomena, and create a more inclusive environment.

Madhura Valli. K is a 5th Year B.A. LL.B (Hons) student at School of Law, University of Petroleum and Energy Studies Dehradun, India with a specialization in Constitutional Law.

This article was prepared for publication by Vishwajeet Deshmukh Multimedia Director and Assistant Editor, JURIST Legal News and Commentary. Please direct any questions or comments to her at commentary@jurist.org