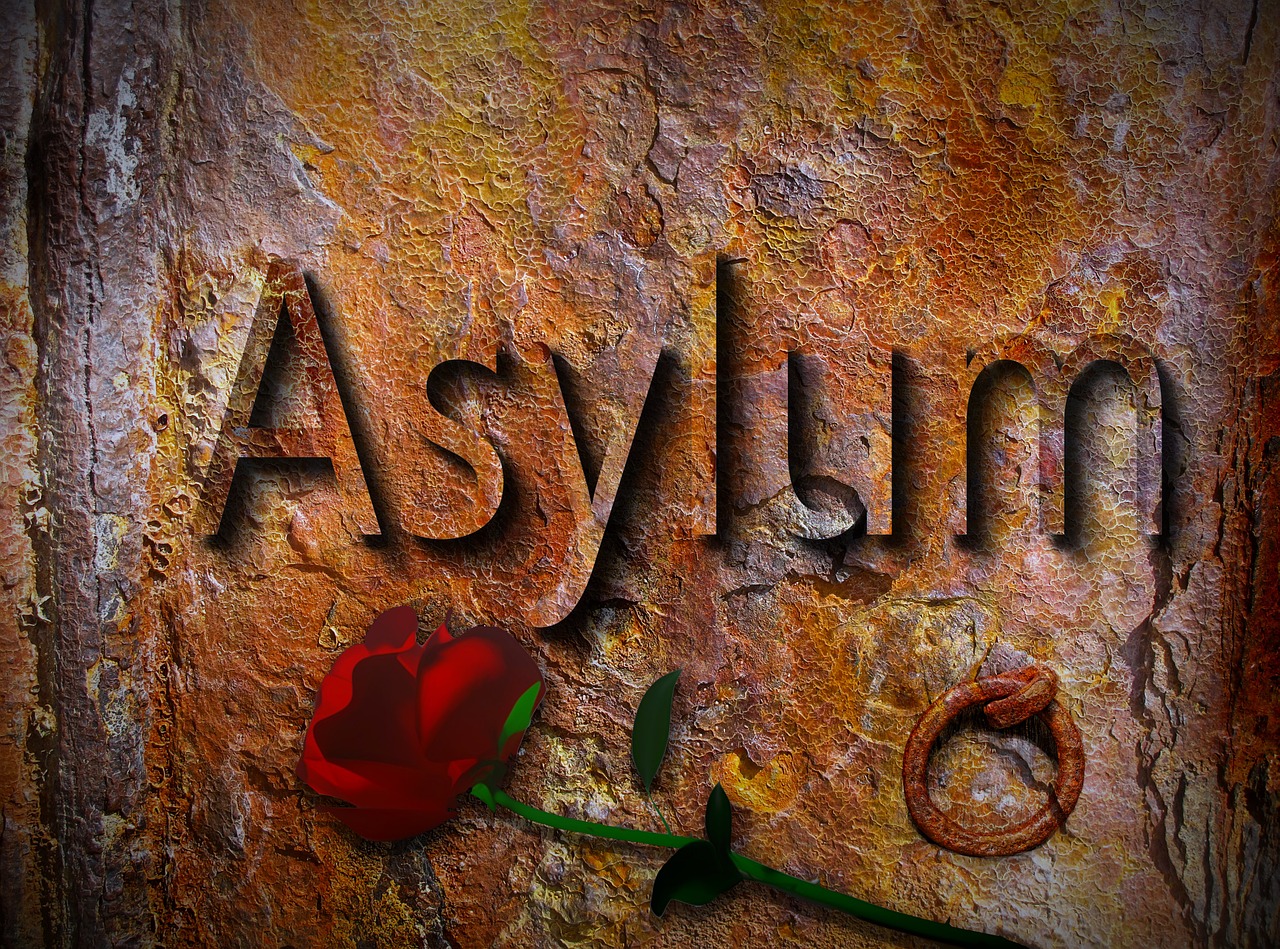 In Nandita Haksar v. State of Manipur, decided May 3, 2021, the High Court of Manipur (an Indian state that borders Myanmar) granted seven Myanmarese citizens who had illegally entered India without documentation permission to approach the United Nations High Commissioner for Refugees (UNHCR) Office in Delhi. This decision came after the Government of India (GoI) directed border states and the paramilitary forces, called Assam Rifles, to keep a check on “illegal influx” from Myanmar.

This High Court decision is important because it outlines India’s duties and obligations towards “refugees” and “asylum seekers,” despite India being a non-signatory to the 1951 Refugee Convention. The Court found that the principle of non-refoulement, i.e. the fundamental right to life, is encompassed in Article 21 of the Indian Constitution.

In this decision, the Court addressed three main questions. First, whether the illegal entrants were “migrants” or “asylum seekers.” Second, whether the principle of non-refoulment applied to the entrants. Third, whether domestic law should prevail over international law.

1. Were the Myanmarese citizens “migrants” or “asylum seekers?”

The letter issued by the GoI directed the bordering states of Nagaland, Manipur, Mizoram, and Arunachal Pradesh “to take appropriate action as per law to check illegal influx from Myanmar into India.” It stated that the state governments lack power to grant “refugee status to any foreigner” because India is not a signatory to the Refugee Convention or Protocol. Further, the direction drew the state governments’ attention to 2017 guidelines, which were issued in the context of the Rohingya exodus. It also directed law enforcement and intelligence agencies to take prompt steps in “identifying the illegal migrants and initiat[ing] the deportation processes expeditiously.”

Although India does not have a refugee law, the Foreigners Act, Passports Act, and the controversial Citizenship Act provide instructions for handling situations that involve undocumented immigrants. Under the provisions of these Acts, any non-Indian entering India is deemed a “foreigner” regardless of their purpose for entering India. However, the above-mentioned direction issued to state governments uses the term “illegal migrants.”

The Court thought it necessary to define some terms for clarity. It noted that people typically “migrate” for economic opportunities, but the Myanmarese citizens in question belonged to a banned media and news service. It relied on media coverage of the situation in Myanmar to conclude that those citizens faced a threat of persecution in their home country and thus, could be categorized as “asylum seekers.”

2. Did the principle of non-refoulement apply to the Myanmarese citizens?

The Court defined “non-refoulement” as “a principle of international law that provides a refugee or asylum seeker with the right to freedom from expulsion from a territory in which he or she seeks refuge or from forcible return to a country or a territory where he or she faces a threat to life or freedom because of race, religion, nationality, membership in a social group, or political opinion.” As this principle is not mentioned anywhere in domestic law, the Court relied on international law and the State’s duty under Article 51 of the Constitution to “foster respect for international law and treaty-obligations.”

The position of the State, while denying protection or assistance to past cases of influx, has been that India is not a signatory to the Refugee Convention or the Protocol and thus, it does not have any obligation to follow the principle of non-refoulement. Recently, in the Citizenship Amendment Act Case, the State has also claimed that it does not view non-refoulement as part of customary international law.

However, the Court reminded India that it cannot turn a blind eye to its obligations towards “asylum seekers” or “refugees,” which arise from international human rights law. It highlighted that Article 14 of the Universal Declaration of Human Rights, 1948 and the International Covenant on Civil and Political Rights, 1966 provide for the principle of non-refoulement and the inalienable right to dignity, respectively. India is party to both instruments.

Notably, the Court relied on the Global Compact on Refugees (GCR) for the first time and recalled that India endorsed the GCR, which helps governments, international organizations, and other stakeholders effectively deal with refugee situations. The Court emphasized the key objectives of the GCR—easing the pressure of host countries, enhancing refugee self-reliance, expanding access to third-country solutions, and supporting conditions in the origin countries for a safe and dignified return. Although the GCR is a non-binding guide, the Court encouraged the State to follow its key objectives.

The Court then discussed the international principle of non-refoulement. Because the Myanmarese citizens were deemed “foreigners” under Indian law, the Court relied on the right to equality (Article 14) and the right to life (Article 21), which are rights that apply to non-citizens.  The Court held that “though India may not be a signatory to the Refugee Convention of 1951, its obligations under other international declarations/covenants, read with Article 21 of our Constitution, enjoins it to respect the right of an asylum seeker to seek protection from persecution and life or liberty-threatening danger elsewhere.”

The State warned that the Myanmarese citizens should face consequences under domestic law for their illegal entry into India because allowing them to reside in India could set a bad precedent for future cases. The Court refuted the arguments and called them a “narrow and parochial consideration of the larger issues.” It recalled that the Myanmarese citizens immigrated into India not to settle, but to seek protection because they faced a threat of persecution in their home country. The Court noted that imposing domestic law violations on these people whose life was endangered would be “palpably inhuman.”

The State then contended that these non-citizens posed a threat to national security. The Court disagreed and found that there was “no material produced” to show that they posed a security threat. The Court noted that two of the seven immigrants were previously granted “refugee” status by the UNHCR, yet they returned to Myanmar when peace was restored. The Court called the State’s contentions “purely speculative, born of a fertile imagination.”

The State often relies on national security to take preventive action against people who enter illegally, even when evidence of a threat is lacking. This decision, which chides the State for relying on mere speculation instead of supporting material, is an evident call for India to re-check its laws that allow preventive detention and deportation.

Significance of the decision and a way forward

This is not the first time that an Indian Court has held that non-refoulement is encompassed in Article 21. In 1999, the case of Ktaer Abbas Habib Al Qutaifi v. Union of India in the Gujarat High Court resulted in a similar decision. However, even after more than 20 years since that decision, the situation in India with respect to how it handles “asylum seekers” has remained the same.

The Court also refuted the State claims with respect to freedom of movement and posing a threat to national security. Clearly, the Court took a human rights approach by highlighting that the State’s primary responsibility should be to ensure that people fleeing persecution are not forced to go back to their home countries. In the concluding paragraph, the Court held that the state and central governments should not “cause any obstruction” in helping the Myanmarese citizens.

The language of the Court’s decision is commendable, and it brings out the nature of non-refoulement, which promotes protection, including rehabilitation in a third-country. The Court noted many past instances where refugees seeking protection in India were settled in foreign countries by the UNHCR. Thus, the role of the UNHCR and the State’s obligation to assist asylum seekers to reach institutions and organizations that can help them has been determined.

This decision reminds the State that it must protect and not obstruct asylum seekers. It provides a guide for formulating India’s refugee policy, keeping in mind GCR ideals and non-refoulement, while striving to ensure human dignity.

Snehal Dhote is a B.A. LL. B (Hons.) student studying law and political sciences at Maharashtra National Law University in Mumbai. Her interest lies in Refugee, Migration and Citizenship Law. Currently, as a part of Foundation The London Story (a Netherlands based NGO), she is researching Climate Change and Human Rights policy.