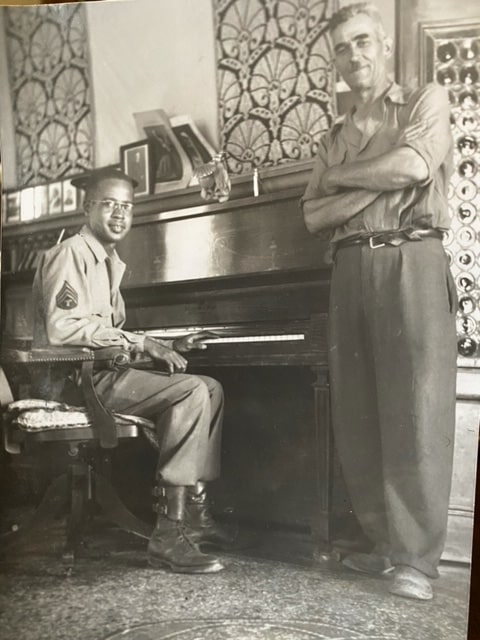 What a black Secretary of Defense has to put up with. Appalling. Also appalling.

I think of all the black soldiers lynched in their uniforms when they came home in our history by those who could not handle a black man in uniform.

I think of all the black soldiers who in overseas theaters had fistfights with white American soldiers who could not handle black freedom fighters in WWII.  Some are still alive to remember.

I think of the black soldiers treated worse than German and Italian POWs held stateside.

I think of all the black soldiers who were improperly court-martialed for just being men unwilling to submit to the oppression due to their race back in the 19th and 20th centuries.

I think of these patriots. Not black patriots. Patriots. All the way back in every war America has fought.

Blacks who showed gallantry and fortitude even in the face of racist commanders. Blacks who were used as cannon fodder.

I think of the black soldiers buried in France in Plot E in numbered graves without their names and unmarked on official American Battlefield Monuments Commission websites such as Emmitt Till’s father.

I think of my father Griffith J Davis Buffalo Soldier in WWII stationed in Genoa, Italy. Here he is in 1946 at Puccini’s home with the caretaker. He flew with the Italians and took pictures for them of Genoa’s harbor to help them with its rebuilding.

I have arresting photos of hundreds of black soldiers marching each with an American flag at the ceremony of the liberation of Genoa that I am not allowed to share. Their beauty in black and white brings tears to your eyes when you know what they would face when they got home.

As a vet told me Sunday his father told him, “I have seen things and done things, that no one should see or do. Don’t ask me again about WWII.”

And may I mention here the colonial forces – Tirailleurs Sénégalais – who did the bulk of the fighting for the French and who were treated awfully and not given their military pensions. They were the ones who, after fighting in Paris, were ordered to take off their uniforms and give them and their guns to white Frenchmen so that when De Gaulle walked into Paris with General DeClerc, there should be white French liberators behind him. Not the ones who bore the brunt of the War along with the Résistance.

Benjamin G. Davis is a Retired Professor of Law, University of Toledo College of Law, Ohio.