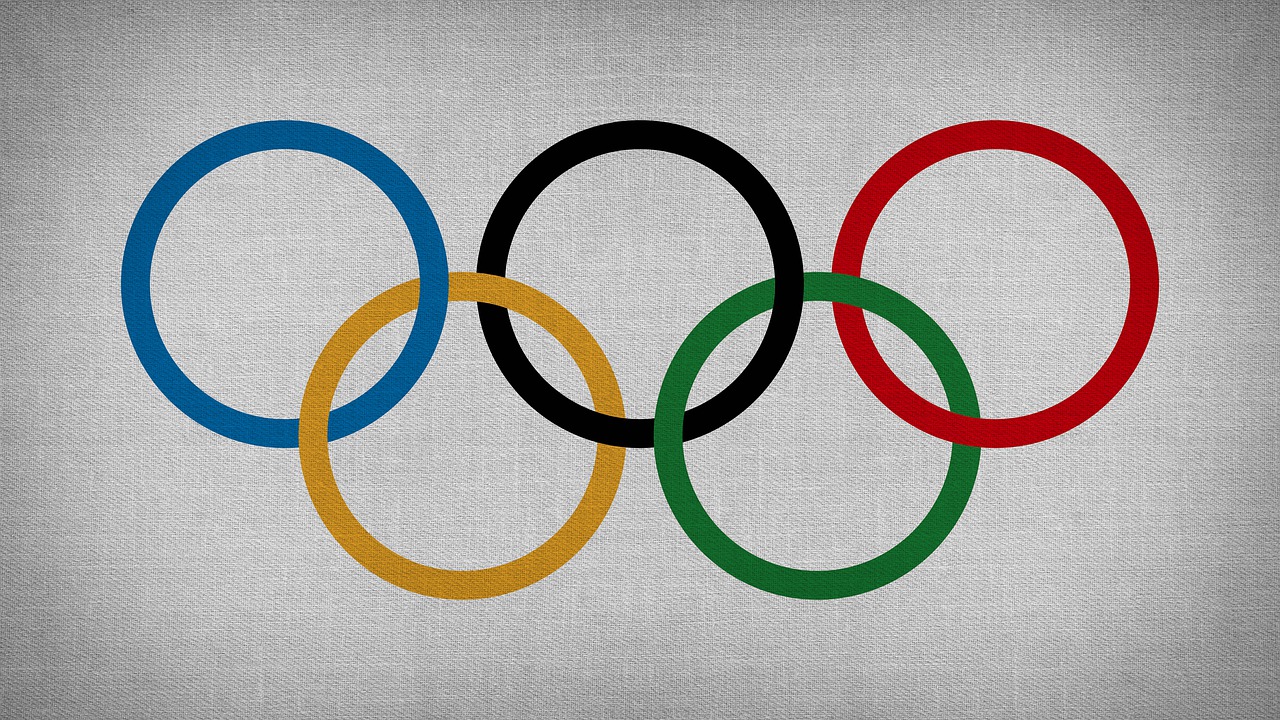 padrinan / Pixabay
David Crane, founding chief prosecutor for the Special Court for Sierra Leone, considers ongoing human rights issues regarding the Olympics and authoritarian regimes in connection with China's scheduled hosting of the Winter Olympics in 2022...

I have been taking on dictators, tyrants, and thugs for decades, holding them accountable and making them pay for the atrocities they cause. Just ask former President Charles Taylor who now sits in a maximum-security prison in the United Kingdom for aiding and abetting international crimes.  My signature is on his indictment.  Additionally, I have been teaching and researching how strongmen come to and remain in power, their tactics, policies, and their long history of violence to remain in power.

Strongmen come to power in a particular country based on frustration, fear, and anger.  They are masters of using these emotions to develop political pathways to power.  The tyrants of the 20th and 21st Century bundle all this around populism and nationalism.  Revolution and insurrection are tools to power, but using the election system of a particular country is more common in a tyrant’s rise to power.

Once in power the challenge for them becomes their legal authority to remain in power and how to manipulate or change domestic law to remain in power.  This is where it all becomes very dark and where one sees the use of coercion and even force to buttress the power gained.  As perceived and actual political power is consolidated the law becomes the tool by which a strongman anchors permanent power.  Opposition is stamped out, with force as necessary.

The result is a country turned on its head and peoples suppressed.  To maintain a sense of political legitimacy tyrants use various tools to mollify their citizens.  Drawing on populism, a tyrant uses past historical wrongs to focus the attention of citizens on why the strongman should remain in power.  Another tactic is to use a sophisticated public communications campaign to feed distorted truths and lies.  As Joseph Goebbels, the Nazi propaganda chief is purported to have said, “feed them lies long enough, they will start to believe them”, or words to that effect.  Citizens are fed a steady diet of these distorted truths to build upon their support to the strongman in power.

Of course, strongmen also have to ensure that there is a reason for them to remain in power.  This is usually done by focusing their nation and citizens on an internal/external boogeyman.  The strongman is needed to protect the country from this boogeyman internally and externally.  Examples of this are replete in history.  Adolf Hitler focused on the Jews of Europe; Iran, the “Great Satan” that is the United States; and Kim Jong Un in North Korea, the UN/US coalition arrayed against them among others. Recently, the United States is not immune from using a “boogeyman” such as Muslims and “brown people” from the south.

Power also needs to be shown in absolute ways through public display.  The Nazis used the mass rallies at Nuremberg, the tyrant that runs North Korea stages mass rallies to remind citizens of that power as well by way of further example. The International Olympic Committee in modern times has also been used to display that power, Hitler at the 1936 games, China at the 2008 Summer games (and the 2022 Winter games), as well as Vladimir Putin at the 2014 Winter games in Sochi.  Recently the trend for some reason seems to award the games to dictators, tyrants, and thugs which use the games for their own political use…to ensure that they maintain absolute power. This is wrong and needs to be fixed.

When the International Olympic Committee awards a country to host the Olympic Games headed by a strongman, it does not take long for human rights violations to begin.  Much of these abuses are hidden away from the public, particularly the international community.  Additionally, various segments of society and even “recruited” foreign workers are used as forced labor to begin to build these incredibly costly “Emerald Cities” for display to the world the glories of the strongman and the prosperity they bring.

Throughout the modern games in Germany, Russia, China, even Brazil whole neighborhoods are torn down and its inhabitants, the more vulnerable citizenry of that country, are relocated far from the event, many with no compensation and many never return to those neighborhoods.  The country of a strongman, a tyrant, must be seen as pristine, a marvelous society under an absolute ruler.  The glaze of abuse dulls the shiny new paint on the Olympic villages.

China is particularly good at this “Olympic cleansing”, staging spectacles on the backs of the more vulnerable and weak citizens of that society. Like other countries ruled by strongmen, these efforts in building the ideal Olympic village are really “Potemkin Villages”, put together to seem permanent, yet become useless, falling apart when the international community leaves.  How many Olympic villages have become useful to a society after the games?  The answer may be none.  Yet these so-called monuments to sport are awash in pain and suffering of violated citizens ignored by the world, cynically allowing all this to happen in the name of sport.

The international community is now faced with another embarrassment and an example of just how far the International Olympic Committee has stepped away from the purity of the ideal of the Olympics of peaceful participation, bringing the world together in fair competition.  This horrific embarrassment is in allowing China to host the Winter Olympic Games in 2022, while an active and ongoing genocide is taking place.  It’s like holding the Olympic Games in Germany in 1936 while “the final solution” was being carried out. History tells us that the Holocaust was a theory in 1936 but one that would soon be acted upon.  Concentration camps were built and being used then, but the full extent was not realized until later, but I believe the analogy is fair.

Genocide and the Olympics—how have we come to this state? It’s not an easy answer as in this “Age of the Strongman”, replete with dictators, tyrants or thugs who are in power. There is no political will to stand up to China. Sadly those games in 2022 will most likely be held despite the horrors going on in that country.  Though some countries may have the courage to boycott the 2022 Winter Games in China, the world, backed by the International Olympic Committee, will be there competing, keeping their eyes averted away from the atrocities being committed just to the West of those games.  Ideally, a united world should say to China, stop the genocide of the Uyghurs or no games.  Alas, this is most likely a pipe dream even today in the 21st century. It’s discouraging…

The fix is simple—return the Olympic Games permanently to where they started, in Greece for the summer games and in a neutral country with a fairly steady human rights record, such as Switzerland, for the winter games.  The International Olympic Committee would be responsible for managing those Olympic villages financially backed by the international community.  Build permanent facilities, maintain them, and use them for training, teaching, and the development of sport.

What this does is take away the Olympic-dictator/strongman-human rights smudge on the modern Olympic movement. The billions of dollars countries spend on hosting the Olympics can be collectively used to build and maintain the permanent sites.

I think this is realistic and doable and should be seriously considered.  As to China and the 2022 Winter Games, unless we boycott, they will happen upon the backs of forced labor and the Uyghur people. As the Olympic Creed reads:“The most important thing in the Olympic Games is not to win, but to take part, just as the most important thing in life is not the triumph but the struggle. The essential thing is not to have conquered, but to have fought well.” Have we lost the true spirit of the Games for political show and the advancement of atrocities by cynical strongmen?  I hope not.

This is an edited version of written testimony provided by David M. Crane to the Tom Lantos Human Rights Commission and Congressional-Executive Commission on China Hearing: China, Genocide and the Olympics on May 18, 2021.

David M. Crane was the founding chief prosecutor of the international war crimes tribunal in West Africa called the Special Court for Sierra Leone. The world’s first hybrid international war crimes tribunal, the Special Court for Sierra Leone successfully prosecuted those who bore the greatest responsibility for war crimes and crimes against humanity, including the first sitting African head of state in history, President Charles Taylor. He recently published a book on his experience there called Every Living Thing, the first time a prosecutor has written about his daily experiences seeking justice for victims of atrocity.

He recently retired as a professor at Syracuse University College of Law where he founded Impunity Watch. Dr. Crane currently is adjunct with the Washington College of Law of American University.

This article was prepared for publication by Gabrielle Wast, JURIST’s Deputy Executive Editor. Please direct any questions or comments to her at commentary@jurist.org