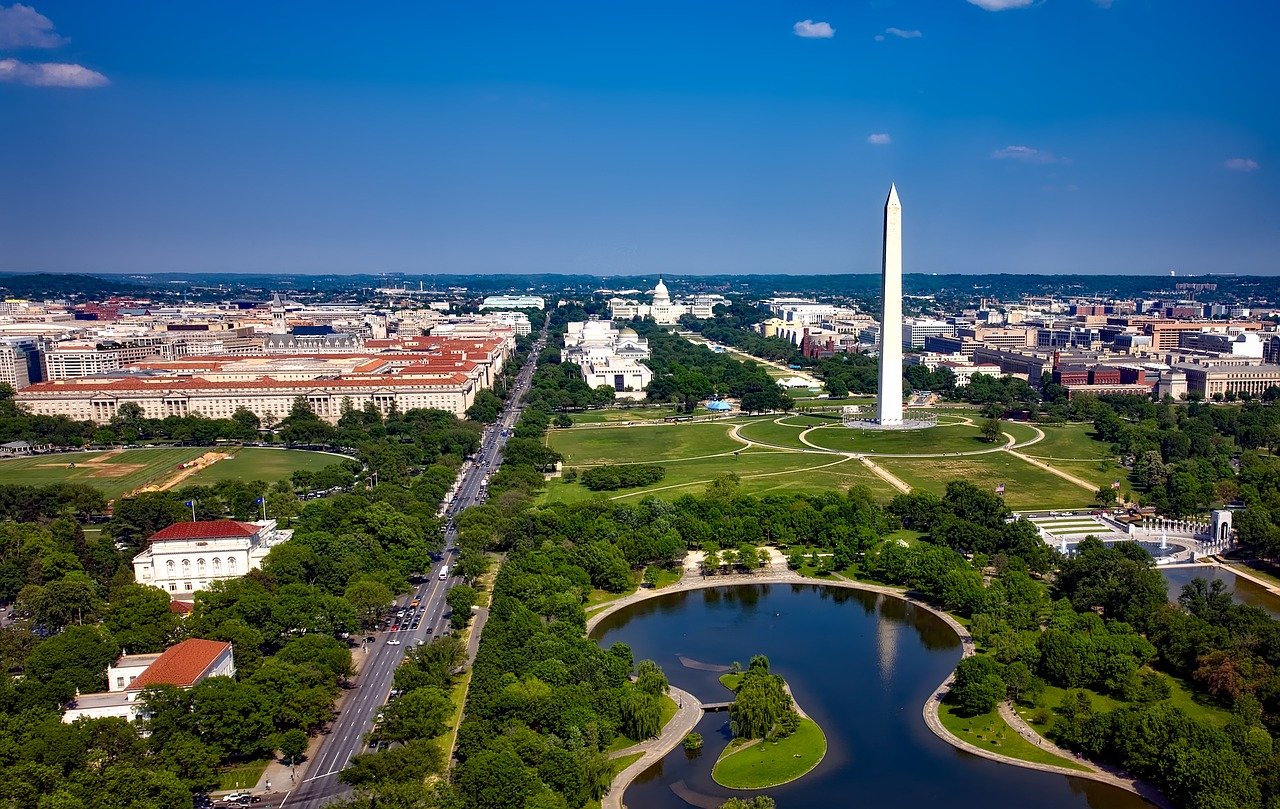 Critics of the D.C. Statehood Bill, which passed the House on April 22, rightly object that it cannot properly override the 23rd Amendment to the Constitution. The House Bill creates utterly unnecessary problems under the Amendment by proposing a greatly reduced “District”, encompassing the White House, the Capitol and Supreme Court buildings, and the National Mall.

That Amendment mandates that “[t]he District constituting the seat of government of the United States,” however small it may be, is constitutionally entitled to choose three presidential electors, albeit “in such manner as the Congress may direct.”

Washington, D.C., if granted statehood, would no longer be that “District” and would be entitled to its own electors simply as a state, under Article II of the Constitution. It would be absurd for any remaining “District,” with no residents other than the presidential family and perhaps a few homeless persons, to continue getting another three presidential electors.

The current Statehood Bill purports to nullify the 23rd Amendment by repealing the legislation governing the “manner” of its implementation. But that’s a disturbing end-run around a constitutional guarantee of voting rights and would surely be struck down (as it should be) by the current Republican-dominated Supreme Court. It is absolutely the last thing Democrats (of all people) should support, given nationwide on-going attacks by many Republicans on voting rights and election integrity. Democrats may hope to motivate repeal of the 23rd Amendment itself, but Republicans will obviously never agree to that, and it’s impossible to amend the Constitution without overwhelming bipartisan support.

The Biden Administration reportedly supports amending the Statehood Bill to award the rump district’s extra three electors to whoever wins the national popular presidential vote. That’s clever political mischief at best, a misguided “fix” that would create more problems, would still disrespect the Constitution, and would again be pointless strike-down bait for the Supreme Court. If the electors are chosen by voters nationally, they would not be chosen by the district itself, as the 23rd Amendment commands. The universal understanding when the Amendment was ratified in 1961 was that the District’s presidential electors would be chosen by the voters living there (mostly long-disenfranchised African Americans), as they have been in every election since.

The actual solution to the D.C. statehood problem is elegantly simple, staring us all in the face: Why have any “District” at all? Just make the proposed rump district an ordinary federal enclave within the new state, like the thousands of federal buildings and areas already located in all 50 states.

The Constitution explicitly makes a federal “District” optional, not mandatory. For years after the Constitution was ratified, the federal capital was at New York City and then Philadelphia. If there were no “District,” the 23rd Amendment would simply have no effect. It would have nothing to operate upon. It should be retained, however, not repealed, in case Congress ever decides to create a new federal District — which would require the consent of any affected states under Article I, Section 8, Clause 17.

That key provision, Clause 17, refers to “such District … as may … become the Seat of the Government of the United States” and gives Congress “exclusive Legislati[ve]” power over it. The framers and ratifiers understood perfectly well the distinction between “may” (used 33 times in the original Constitution) and “shall” (which appears 191 times).

Congress’s plenary power over the District under Clause 17 (“in all Cases whatsoever”) necessarily includes the power to dispose of it (like any other federal territory) by authorizing creation and admission of a new state. Congress’s powers over federal “Territor[ies]” and admission of “new States” are explicitly confirmed by Article IV, Section 3.

Remember, many of the current 50 states were created out of formerly federal territories. None ever required a constitutional amendment. Statehood, however, is irreversible under the Constitution. Once acquired, it confers a range of protections on an equal footing with all other states, some of which (like “equal Suffrage in the Senate”) cannot even be undone by constitutional amendment (see Article V).

Clause 17, in addition to authorizing the option of a federal “District,” empowers Congress “to exercise like Authority over all [federal] Places … Forts … and other needful Buildings.” That’s how Congress maintains and protects federal courthouses, offices, and other facilities throughout the nation, exempt from state jurisdiction. Many of our largest and most important federal enclaves are not even within the District. The headquarters of the military (the Pentagon) and the CIA are both in Virginia.

There is no reason whatsoever why a federal enclave containing the White House, the Capitol, the Supreme Court, and the National Mall cannot safely be located within the proposed new State of Washington, D.C. (Douglass Commonwealth). Numerous other federal enclaves would have to be established within the new state anyway to cover existing federal buildings, just like existing federal facilities in all other states.

True, the framers and ratifiers of our Constitution in the 1780s believed it was vital for the Congress to create a federal District. But they did not require the Congress to do so. They merely granted it the option. The Congress today is perfectly entitled to (and should) take a different view.

The founding generation reasonably feared the new federal government might be vulnerable to state and local pressure or coercion. In a famous 1783 Philadelphia incident, a mob of unpaid soldiers surrounded and threatened the Continental Congress, and Pennsylvania officials declined to intervene with the state militia. But no one could reasonably doubt today that the federal government, with all its vast resources, has more than ample ability to protect itself against state or local interference.

The location of the Capitol within the current federal District did nothing, after all, to enhance its protection against the January 6 attack by a mob of extremist supporters of the former President Donald Trump. In fact, quite the opposite. If D.C. Mayor Muriel Bowser had been a state governor, she could have ordered the National Guard into action much more promptly to protect the Congress. The President can always federalize the National Guard anyway. The problem in the January 6 attack was Trump’s own incitement and then delay in providing protection.

For all these reasons, there is no serious doubt that the Congress may grant statehood to D.C. by ordinary legislation, without any need for a constitutional amendment. It is sometimes mistakenly claimed that Maryland’s permission would be needed. But Maryland’s 1791 cession of the territory north of the Potomac was in fact explicitly permanent and unconditional (“relinquished to … the United States, in full and absolute right, and exclusive jurisdiction”), and any conditions Maryland might have asserted would be nugatory anyway, given the unambiguous constitutional provisions quoted above. Maryland has no more right to decide D.C.’s future than does the State of Hawaii.

Attorney General Robert Kennedy in the 1960s, and the Reagan Administration Justice Department in the 1980s, suggested that a constitutional amendment would be needed, but such arguments were demolished by (among others) a definitive 1991 article, “The Constitutionality of D.C. Statehood,” published by Professor Peter Raven-Hansen in the George Washington Law Review.

Why, after all, should American citizens living in this diverse urban area be denied the rights and representation enjoyed by those in rural and far less diverse states, similarly or less populated, like Vermont, Wyoming, North Dakota, or South Dakota? Numerous lightly populated states were created out of western territories in the late 19th century, largely to increase the number of Republican senators. What goes around comes around!

There would in fact be far more historical justice in admitting D.C. as a state today. It is long overdue, and beyond any reasonable doubt within Congress’s power — especially if the Constitution is construed (as most Republicans claim to believe and insist) with meticulous attention to its text and history.