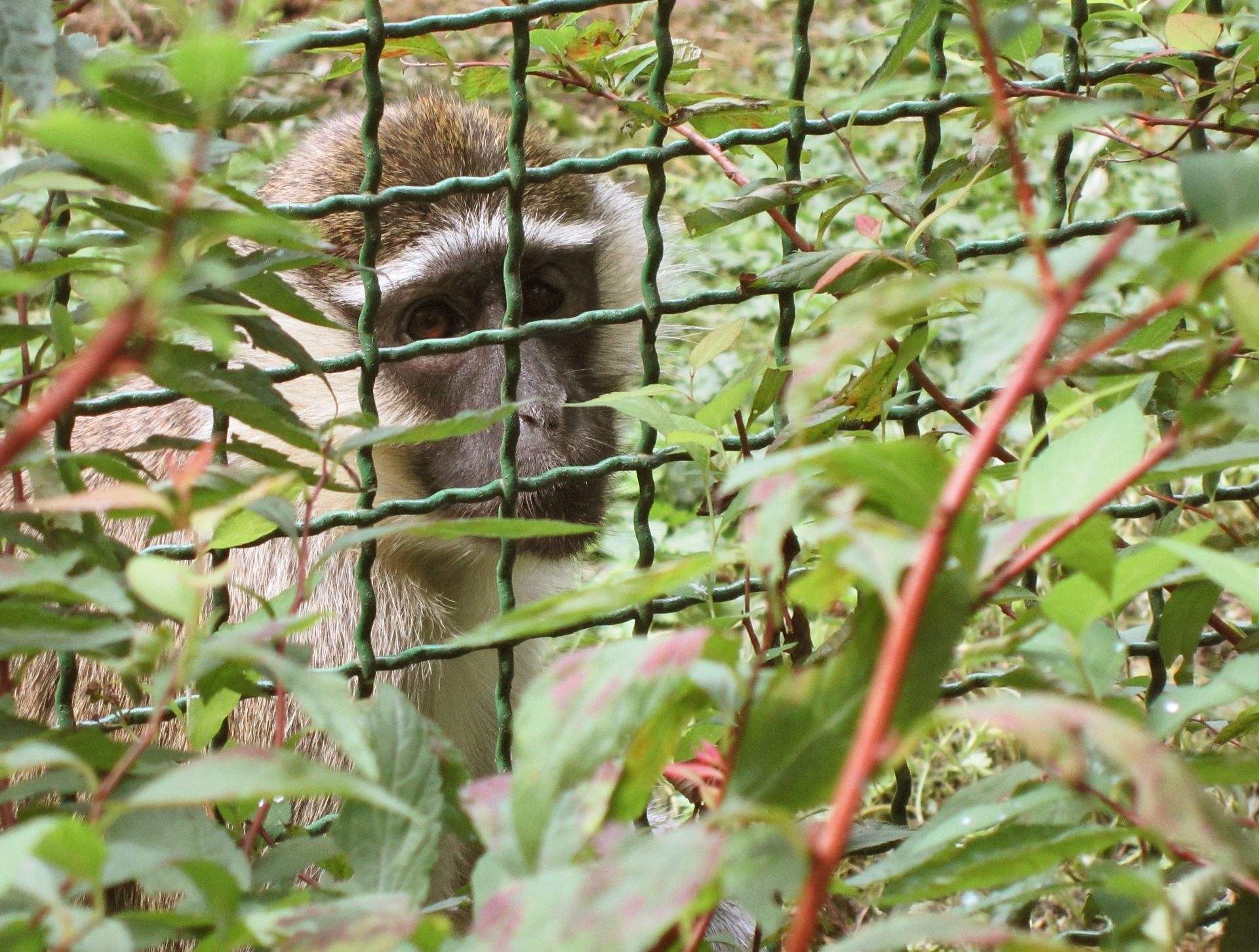 Pixabay / rdza
Nicole Pallotta, Senior Policy Program Manager in the Animal Legal Defense Fund’s Animal Law Program, analyzes the recent grant of legal personhood to animals and recognition of their natural rights by a landmark judgement given by the Islamabad High Court...

In a ground-breaking decision, the Islamabad High Court in Pakistan has explicitly recognized that animals have natural legal rights and are entitled to protection under the nation’s Constitution.

Non-human animals are still commonly treated as “property” around the world, which places them in a similar legal category as inanimate objects. Although problematic for many reasons when applied to sentient beings, this legal status does not prevent animals from having meaningful, enforceable rights. However, courts in the U.S. and worldwide have been reluctant to make direct statements about the legal rights of animals.

The decision from the Islamabad High Court is a refreshing and historic departure from the jurisprudential status quo regarding animals.

The main subject of the case before the court was Kaavan—dubbed “the world’s loneliest elephant”—who for more than 30 years had been chained alone in a small, barren enclosure at the Marghazar Zoo. Chief Justice Athar Minallah’s 67-page ruling, available online, outlines the details of Kaavan’s confinement and the prolonged cruelty that he and the other animals confined at the zoo endured. Justice Minallah ordered the animals—whom he referred to as “inmates”—to be relocated to sanctuaries but did not stop there. His ruling went beyond this facility to address all animals in captivity.

Scholars and advocates have proposed various avenues for animals to break out of what is widely considered to be an antiquated property paradigm. Legal personhood is but one path to a legal status beyond mere property, and some courts have explicitly declared animals to be legal persons. For example, in recent years an orangutan and a chimpanzee were granted legal personhood by judges in Argentina.

These and other similar decisions have typically involved a single animal or species. While significant for the animals affected—and symbolic of shifting cultural norms regarding animals—these rulings have generally not made statements about the legal rights of animals more broadly. In contrast, Justice Minallah posed a more sweeping question: “Do the animals have legal rights?” His response was equally direct:

The answer to this question, without any hesitation, is in the affirmative…. Like humans, animals also have natural rights which ought to be recognized. It is a right of each animal…to live in an environment that meets the latter’s behavioral, social and physiological needs.

In addition to having inherent natural rights—which he locates in the state of being alive and sentient—Justice Minallah notes that animals also have rights that are protected by cruelty laws. In Pakistan, those rights are found in the nation’s Constitution, while in the U.S., the bulk of cruelty laws are located at the state level.

Animal cruelty laws provide important but sometimes incomplete protections. Beyond the limited right to be free from criminal cruelty and neglect, what rights do animals have? And what rights should they have?

Justice Minallah provides a clear answer: Animals, as sentient beings, have a right to an environment in which their physiological, social, and behavioral needs can be met. This is hardly an extreme position, yet few animals currently enjoy these—it must be said, very basic—rights.

Many animal cruelty laws, including those in the U.S., prohibit “unnecessary pain and suffering.” This phrasing might seem innocuous, but necessity—particularly in a legal context in which animals are treated as property—is sometimes open to competing interpretations. In practice, this common qualifier creates such a large loophole that almost anything can be justified regarding society’s treatment of animals. The word “unnecessary” has been used to legitimise a wide range of maltreatment under the guise that traditional, socially normative, economically advantageous, or personally convenient equates to necessity.

Justice Minallah addresses this issue head on. In finding that wild animals kept in zoos are protected under Pakistan’s national cruelty law, which prohibits “unnecessary pain and suffering,” he notes the broad scope of this phrase and writes that “beneficial statutes” like the cruelty law—which was enacted for the benefit of animals—must be given the widest interpretation possible.

In determining what is “unnecessary,” Justice Minallah weighs the suffering of animals against the benefit to society provided by the zoo and finds the ethical calculus indefensible. On one side of the equation are animals who are clearly suffering, and on the other is a zoo that makes no “positive contribution whatsoever” to society. The existence of “better and more informative opportunities” to learn about animals due to advanced technology further makes the case that the suffering of animals in the zoo cannot be justified as “necessary.”

In addition to ruling that animals have both natural rights grounded in sentience and legal rights enshrined in cruelty laws, Justice Minallah found that animals are protected under the Pakistani Constitution for the novel reason that humans have rights under this document that are directly tied to the well-being of wild animals:

Without the wildlife species there will be no human life on this planet. It is, therefore, obvious that neglect of the welfare and wellbeing of the animal species, or any treatment of an animal that subjects it to unnecessary pain or suffering, has implications for the right of life of humans guaranteed under Article 9 of the Constitution. . . Cruel treatment and neglect of the wellbeing of an animal in captivity . . . is an infringement of the right to life of humans.

Finally, Justice Minallah argues that although constitutions were written with humans in mind, they must be adapted to encompass other sentient beings. The anthropocentric focus of most national constitutions—framed in terms of humans, rather than in the context of “life” more broadly—gives rise to confusion and conflict when courts consider the plight of living beings who are not human.

Perhaps anticipating a common straw man fallacy employed by opponents of expanded legal rights for animals, Justice Minallah handily dismisses the notion that this means animals would have the same rights as humans:

It has never been the case of those arguing on behalf of animals to recognize that they have the same rights enjoyed by the human species. No relief has ever been sought on behalf of any animal to grant it freedom by releasing it from a zoo and thus allowing its free access to public places meant for humans.

Rather, his use of the phrase “natural rights” refers to animality—or the nature and needs of each species—and the right of animals under human care to have their species-appropriate needs fulfilled:

It is unnatural for a lion to be kept in captivity in a restricted area. To separate an elephant from the herd and keep it in isolation is not what has been contemplated by nature. Like humans, animals also have natural rights which ought to be recognized. It is a right of each animal, a living being, to live in an environment that meets the latter’s behavioral, social and physiological needs.

The ruling that every animal has a right to live in an environment that meets their “behavioral, social and physiological needs” has far-reaching implications. However, the context of the decision should also be noted, which focused on wild animals in captivity.

While the practical impact of this ruling remains to be seen, direct statements recognizing animal rights issued from a high court signal a shift in global consciousness that is underway regarding society’s treatment of animals. The ruling is symbolic, as Justice Minallah writes:

“Kaavan” has become a symbol for the display of empathy and the need for humans to acknowledge that sentient animal species have natural rights and that they cannot be subjected to unnecessary pain and suffering. “Kaavan” has indeed become a beacon for the recognition of animal rights throughout the globe. In a nut shell, “Kaavan” is a symbol of hope for other animal species who are in distress and subjected to pain and suffering because of the misconceived display of power by the human species.

But these statements about animal rights are not merely symbolic. They formed the basis for the High Court’s judgment that the animals at Marghazar Zoo must be liberated and relocated to an appropriate sanctuary. The ruling created almost unimaginable improvements in the well-being of multiple individual animals, all of whom had suffered greatly due to their confinement at the zoo, in some cases for decades.

Perhaps most heartening, Justice Minallah clearly hopes other courts will take notice of the Islamabad High Court’s landmark ruling and follow its example. Of the relocation to sanctuaries of Kaavan the elephant and two Himalayan brown bears named Suzie and Bubloo, he wrote in a follow-up order:

They will serve as symbols of the empathy and respect that the animal species deserve from humans and a reminder that protecting their rights and their welfare is of paramount importance. They will remain the messengers of the people of Pakistan for the rest of humanity that it is time to end imprisoning sentient animal species in cages in a zoo and to restore the balance of nature by letting them live with dignity in their respective natural habitats so that they may enjoy their natural rights.

Nicole Pallotta is a Senior Policy Program Manager in the Animal Legal Defense Fund’s Animal Law Program, and is responsible for the production of written content for diverse audiences and stakeholders that advances the strategic goals, campaigns, and policy positions of the organization.