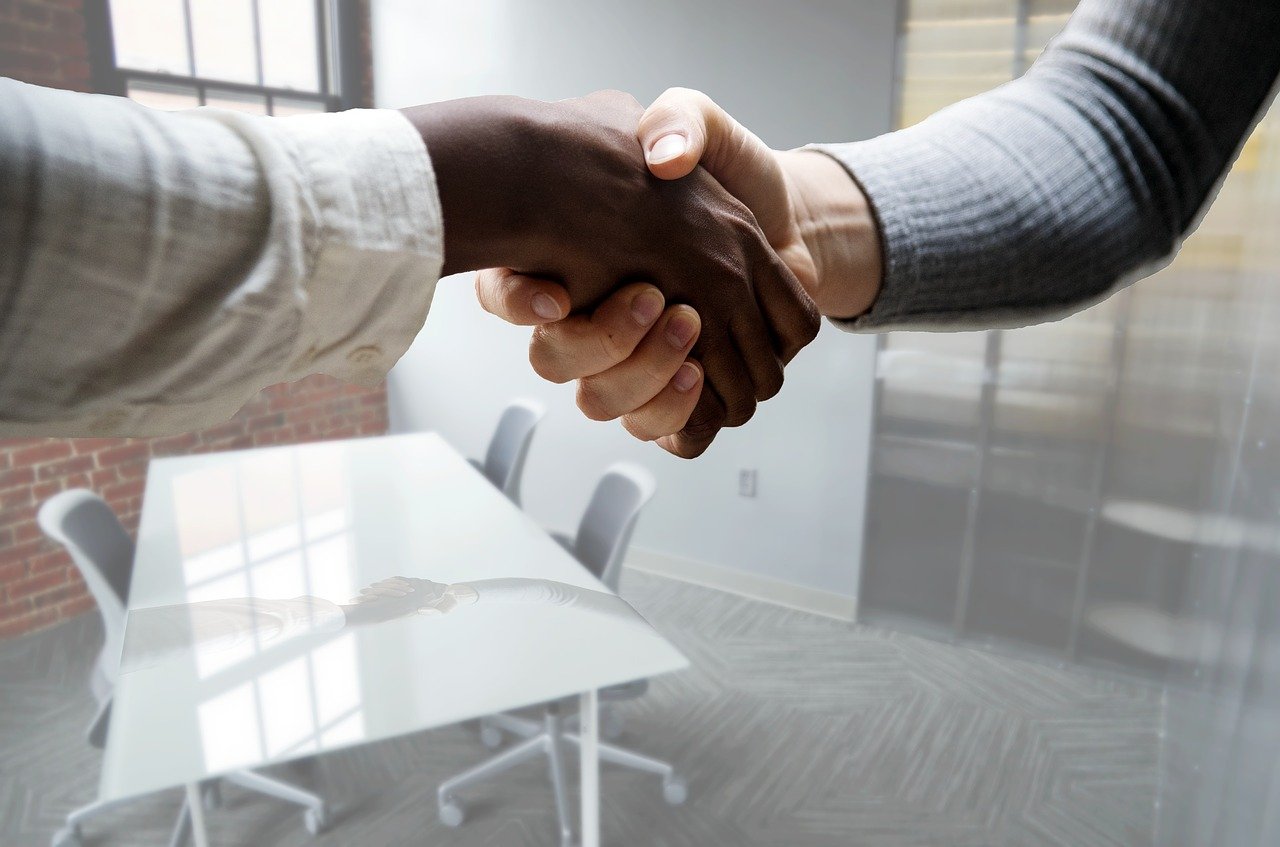 International Arbitration has become a global practice where different legal systems are considered during the proceedings with lawyers, arbitrators, experts and parties from different school of thoughts and with different understanding of applicable ethical rules. Two legal systems, common law and civil law, are usually the most prevalent systems used in international arbitration.

The differences in the common law and civil law may cause a lack of uniformity in how the rules of ethical conduct are applied during a particular proceeding. Such differences drive ethics in international arbitration to become fragmented at all levels whether the issues deal with the unethical conduct of lawyers or the biased conduct on the part of the arbitrators and adjudicators. The issues regarding lawyers’ ethical conduct are usually dealt with in each lawyer’s respective jurisdiction where he or she practices. While all arbitrators are not necessarily lawyers, the issue concerning the regulation of an arbitrator’s ethical conduct becomes an issue of whether the arbitrator’s conduct should be regulated at all and if so, by whom? One may quickly answer that arbitration institutions can issue standard codes of conduct to regulate the arbitrators, but what about the ad hoc arbitrator? Who then should regulate such conduct? There are many questions that this brief paper will not be able to answer. This paper will expose some of the rules as they are in today’s international arbitration. The new code of best practices (CBP) published by the Spanish Arbitration Club is worth examining and as is the recent initiative of the International Centre for Settlement of Investment Disputes (ICSID) and United Nations Commission on International Trade Law (UNCITRAL) teaming up on the issue of Investor-State Dispute Settlement (ISDS) Reforms by releasing the Draft of Code of Conduct for Adjudicators in Investor-State Dispute Settlement.

One of the more well-known efforts in determining the rules of ethics of arbitrators can be seen in the International Bar Association Guidelines on Conflicts of Interest in International Arbitration that are commonly used when dealing with issues of disclosure and disqualification of arbitrators (IBA Guidelines). One of the core principles of arbitrators is the need to be impartial and a duty to disclose anything that may suggest or appear to look as if the particular arbitrator is biased.

The IBA Guidelines are non-binding but are generally used as guiding principles in international arbitration. They are soft laws that tribunals look to in order to check when to disclose information to the parties in a given proceeding. As mentioned earlier, less attention has been paid to the regulation of counsel in international arbitration because each counsel is already subjected to the ethics rules in his or her jurisdiction. Thus, there is no uniform system of substantive rules applicable to counsels at the international level. Moreover, there is no supranational regulatory body to enforce any ethical rules at the international level.

In recent years, there have been various proposals for regulating the conduct of counsels, arbitrators, and experts in international arbitration. The proposals include calls for a universal code of ethics for counsel in international arbitration that would override local ethical rules and the establishment of a global arbitration ethics body conferred with the powers to discipline counsels. For instance, in 2014, the London Court of International Arbitration (LCIA) revised its arbitration rules by providing guidelines for the parties’ legal representatives that are mandatory in all LCIA arbitrations. Similarly, the American Arbitration Association’s International Center for Dispute Resolution has also issued Standards of Conduct for Parties and Representatives amongst other initiatives, but yet nothing that would cover the entire conducts of arbitrators and counsels globally.

The Spanish Arbitration Club published its first code of conduct in 2005. The 2005 Code was aimed exclusively at arbitral institutions. It had effects and it was a step forward, but it did not cover all the parties involved in the arbitration process. However, with the evolution of international arbitration with new situations and challenges that could not have been foreseen in 2005, coupled with the international experience, arbitration users desire that all participants in the arbitration process abide by standards of independence, impartiality, transparency, and professionalism. Mindful of these new demands, the Spanish Arbitration Club (CEA) wanted to raise the standards of conduct even further, in order to definitively consolidate society’s confidence in arbitration and as a result, published the 2019 Code of Best Practices (CBP).

The CBP is divided into six sections and four annexes. Section One deals with Arbitral Institutions. Section Two concerns the arbitration process with Annex A containing the CEA Model Arbitration Rules and Annex B, the Model Arbitration Clause. Section Three covers duties of the arbitrators and Annex C comprising a model for arbitrator acceptance with Section Four covering duties of lawyers along with Section Five covering duties of experts and Annex D providing a model for expert acceptance and Section Six covering the duties in relation to third-party funding.

The CBP is a set of “soft rules”: a compilation of the recommendations which the CEA offers to the entire arbitration community. It sets forth the rules which, in the Club’s opinion, should be followed by arbitral institutions, arbitrators, lawyers, experts, and funders. However, the rules are not binding unless parties decide to adopt them in the arbitration agreement or in the arbitral proceedings.

While the CBP contains six sections, one section is particularly worth mentioning here: Duties of Arbitrators (Section III).  Arbitrators are key to ensuring good outcomes in arbitration proceedings. Their mission is to resolve disputes by applying the procedural and substantive rules that apply in each case. If an arbitrator fails his or her mission and duties, the arbitration fails as well because the award will not survive a potential challenge. The trust that arbitrators will fulfill their mission by being impartial and independent, without favoritism toward any of the parties, is essential for arbitration in exhibiting a true system of justice that the community can have faith in its process.

All arbitrator candidates must, without undue delay, refuse their appointment if: a) They harbour doubts about their willingness or capability to perform their role without bias toward any of the parties; or b) There are circumstances which, in the view of a reasonable and informed person, give rise to justifiable doubts about their impartiality or independence; or c) They do not possess the qualifications required by the parties; or d) They lack the necessary available time to adequately perform their role.

b) Same law firm: The candidate or arbitrator works in the law firm that is representing one of the parties.

e) Advice relating to the dispute: The candidate or arbitrator is advising or has advised one of the parties in relation to the dispute under arbitration.

Since the publication of the Code of Best Practice and even prior to its publication, the UNCITRAL and ICSID Secretariats have teamed up in their quest of Investor-State Dispute Settlement (ISDS) Reform to draft a proposed code of conduct for Adjudicators in International Arbitration. Once more, the Code will not cover party representatives, but will simply regulate the conduct of arbitrators and or adjudicators.

On 01 May 2020 the Secretariats (ICSID) and (UNCITRAL) released a draft of Code of Conduct for Adjudicators. This Code was developed in the context of ISDS Reform which UNCITRAL Working Group III ISDS had engaged all UNCITRAL Member states to be actively involved in reforming a system that has undergone severe criticism from the international arbitration users worldwide.

The draft Code was developed jointly by the ICSID and UNCITRAL Secretariats and the process of amending ICSID’s rules of procedure reflecting the code. The draft addresses independence and impartiality of arbitrators or and or adjudicators, the duty to conduct proceedings with integrity, fairness, efficiency, and civility. It is based on a comparative review of standards found in codes of conduct in investment treaties, arbitration rules applicable to ISDS, and international courts.

The international community is far from seeing a universal code of conduct that will be acceptable in all jurisdictions because that would entail having the states adopting it and implementing it in their national laws. Clearly, the 2019 Code of Best Practice of the Spanish Arbitration Club seems to cover in great detail all the parties in an arbitration proceeding while the ICSID and UNCITRAL Code of Conduct only covers Adjudicators in Investor-State Dispute Settlement. It will be interesting to see if ICSID and UNCITRAL will in the future provide a Code for Parties Representatives. It should also be noted that all the above proposed codes, whether from the joint effort of ICSID and UNCITRAL or the 2019 CBP are all soft law unless parties adopt them before or during proceedings. In addition, when entering into treaties, countries can refer to them in the preamble of the treaties or refer to them in a contract. In addition, arbitration institutions can adopt them in their arbitration rules. If properly adopted, the codes would become part of the sets of rules that a tribunal would follow throughout the proceedings.

Rose Rameau is the Fellow of the Chartered Institute of Arbitrators in the United Kingdom (FCIArb), a Partner at RAMEAU International Law, a former Fulbright Scholar Visiting Professor at the University of Ghana Faculty of Law, an International Arbitrator and Mediator, an ICC Court Member, and Member to the ICC Task Force “Addressing Issues of Corruption in International Arbitration,” ICC Commission, and an appointed member of the Permanent Court of Arbitration (PCA).

This article was prepared for publication by Brianna Bell, a JURIST senior editor. Please direct any questions or comments to him at commentary@jurist.org.