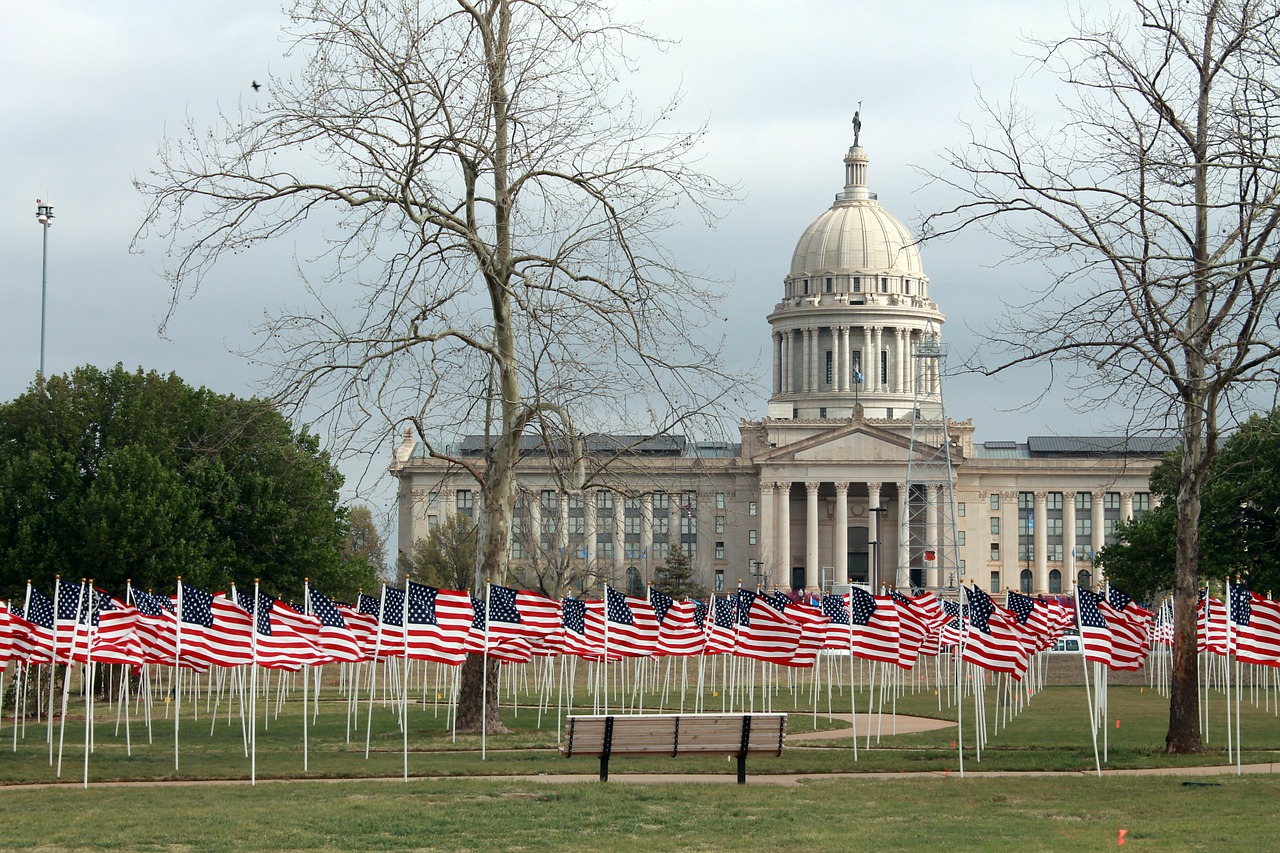 15299 / Pixabay
Dr. Francesca Laguardia, Associate Professor of Justice at Montclair State University, New Jersey, discusses the U.S. Capitol violence and the offences under which the protesters must be prosecuted by the Department of Justice...

Since the attacks on the Capitol on January 6th, calls both for and against expanded domestic terrorism authorities have proliferated. Proponents argue that we have allowed bias and blindness to open us to a steadily expanding domestic terror threat and that we need the capabilities provided in the international context. Opponents have pointed out that the possible expansion of legal authorities most likely will rebound on disfavored minorities, as they always have in the past.

At the same time, sources in the Department of Justice have suggested that they may choose not to prosecute all those who entered the Capitol Building illegally on January 6th. While there seems to be an implication that this is a result of the sheer number of people to be prosecuted and concerns about swamping the system, others complain that this is evidence of racial bias and inequities in the system.

Whatever the reason, failing to prosecute all of those people involved in the attack on the Capitol would be a mistake. Even those who merely entered illegally but remained peaceful should be prosecuted—both to compile information on the network of extremists in the country, and to send a message that the Department of Justice is serious and enthusiastic about pursuing those extremists.

Preventive prosecution was one of the first methods law enforcement employed in the wake of the terror attacks of 2001 in order to incapacitate potential terrorists. Taken by surprise, shocked, and generally concerned that sleeper cells might be hiding all across the country, then-Attorney General John Ashcroft vocally endorsed Bobby Kennedy’s organized crime strategy of prosecuting suspects for “spitting on the sidewalk.” Prosecutions for fraud, false statements, immigration violations, and other low-level offenses offered an opportunity to incapacitate suspects when law enforcement felt ill-prepared to measure and analyze the threat posed by each, or to bring direct terrorism charges against them.

My own career began with the criticism of these tactics, working on the Terrorist Trial Report Card Project as Research Director at the Center on Law and Security at NYU Law School. The strategy is problematic in many ways, involving prosecutions of people for crimes that are often ignored in the general public, based on suspicions that are never fully confirmed, and often bringing harsh sentences due to those same unconfirmed suspicions. There are also disclosure concerns, as relevant preliminary information having to do with law enforcement strategies and underlying assumptions may be hidden because the prosecution under unrelated statutes “cleans” the case, thereby freeing law enforcement from some Brady and Giglio requirements.

While I still credit these concerns, in the current context they are dwarfed by the threat of domestic terrorism and the threat of increasing official government authority. For over years, experts have warned that the threat from domestic Right Wing terrorists resembles al Qaeda in the 1990s. Advocates for a domestic terrorism statute have agreed that preventive action must be taken against these extremists.

But, as Shirin Sinnar, has described in detail, the growth in law enforcement’s surveillance and prosecutorial authorities in the terrorism context is overwhelming. The increase in statutory authorities has threatened First and Fourth Amendment rights, seriously undermining citizens’ abilities to disagree with their government. Expanding them in the domestic context would exponentially increase these invasions yet again, threatening political activism and self-government. Our country has a history of using such statutes in a biased manner. The overuse of these statutes is even more likely given the small percentage of participants in extremist chats who eventually actually become violent, it can be very difficult to determine who poses a true threat, and very easy to use authorities in situations that do not deserve it. But, clearly, the answer cannot be to allow increasingly violent Right Wing extremists to hide in the dark web and plot their attacks, uninhibited.

Luckily for us, the extreme Right Wing has apparently stopped hiding. Even if some of the January 6th invaders were merely mindless rioters, following the mob, there is no doubt that the crowd also included a number of terrorists and seditionists, who came armed with IEDs, chemical irritants to use against police officers, and military gear. Chats on Parler, Twitter, and Facebook show premeditation of violence and, it may be argued, conspiracy and chats on Zello maybe even more extreme in their exhortations to violence. We can find who breached the Capitol not only through video surveillance but through cell phone tracking from the use of Parler. While only a small percentage of online warriors ever become violent, undoubtedly many of those were at the attacks and participated.

Prosecuting these rioters, seditionists, and terrorists for the crimes they have already committed (whether those crimes are vandalism, illegal entry, or terrorism) can incapacitate them, and prevent them from committing violence over the next few months. The investigations that will accompany these prosecutions can help law enforcement to map the network, place more informants, and discover where the true threats lie. It can separate the seditionists from the rioters, and prevent the use of the rioters as dupes for larger, more organized, and more sinister plots. It can prevent the online recruitment and radicalization of new members by established extremists. And aggressive prosecution for even low-level violations stemming from these attacks avoids the main problems of pretextual prosecution—looters and rioters have been prosecuted in the thousands all summer, so there is no disproportionate prosecution here, and the justification for law enforcement’s interest in these defendants is clear.

Prosecutions by themselves, even unsuccessful prosecutions or prosecutions that bring short sentences or only fines, can act as a deterrent. Consider the history of the Department of Justice, created largely in response to the threat of domestic terrorism posed by the Ku Klux Klan—a threat that was decimated by the active and energetic prosecutorial efforts of the nascent Department of Justice. As Seth Meinero, National Violent-Crime and Narcotics Coordinator for the Executive Office for United States Attorneys recounted in November, the Department of Justice had a poor record of convictions and sentences in these early years prosecuting the KKK. Overall the Department of Justice’s record was a conviction rate of 28% and a nolle prosequi rate of 62%. But the simple act of aggressively pursuing the Klan, and the few convictions they obtained, was enough to intimidate Klan members, causing them to flee, and largely reining in their activities.

Consider as well, the utter shock we saw from some rioters, that they would be sprayed with pepper spray, or shot at, while they stormed the Capitol (in their own words). Many of these rioters never dreamed that their government might fight them back, and they have good reason to be surprised as they have been allowed to bring guns into government buildings and aggressively confront police in the past. Some experts have suggested that this failure to respond to extremists has lowered the amount of radicalization necessary for extremists to act. A response is necessary now, to remind semi-radicalized discontents that there can be consequences for their actions.

Just as important, prosecuting these criminals for the crimes they have actually committed, rather than creating new crimes and investigative authorities, offers an immediate solution that is less likely to bring perpetual changes to criminal justice and free speech. The statutory changes that have accompanied the War on Terror are now difficult to undo, both because of the process of amending legislation and because of inertia and changed expectations. In contrast, the Terrorist Trial Report Card showed that low-level preventive prosecutions spiked shortly after the 2001 attacks, and then diminished as prosecutors learned to use the more specific statutes they had available, and as law enforcement gained the ability to be confident in more precise targeting. This standard law enforcement practice seems to peak in response to threats and then retreat. While statutory changes become entrenched and irreversible, aggressive prosecution provides an immediate but limited response, without adding to the invasive powers of law enforcement.

If there is an upside to the insurrection it is that the criminal justice system can now respond to the actual crimes that it is meant for, rather than delving further into pre-crime. The Department of Justice should pursue this opportunity, aggressively. If it does, we can make further encroachment unnecessary.

Dr. Francesca Laguardia is the Associate Professor of Justice at Montclair State University, New Jersey. She is the Former Director of Research, Center on Law and Security at NYU School of Law. Prof. Laguardia has published on domestic terrorism, torture, and domestic counterterror policies, as well as criminal law, criminal justice, and civil rights and liberties more broadly. She is currently a contributing editor to the Criminal Law Bulletin.