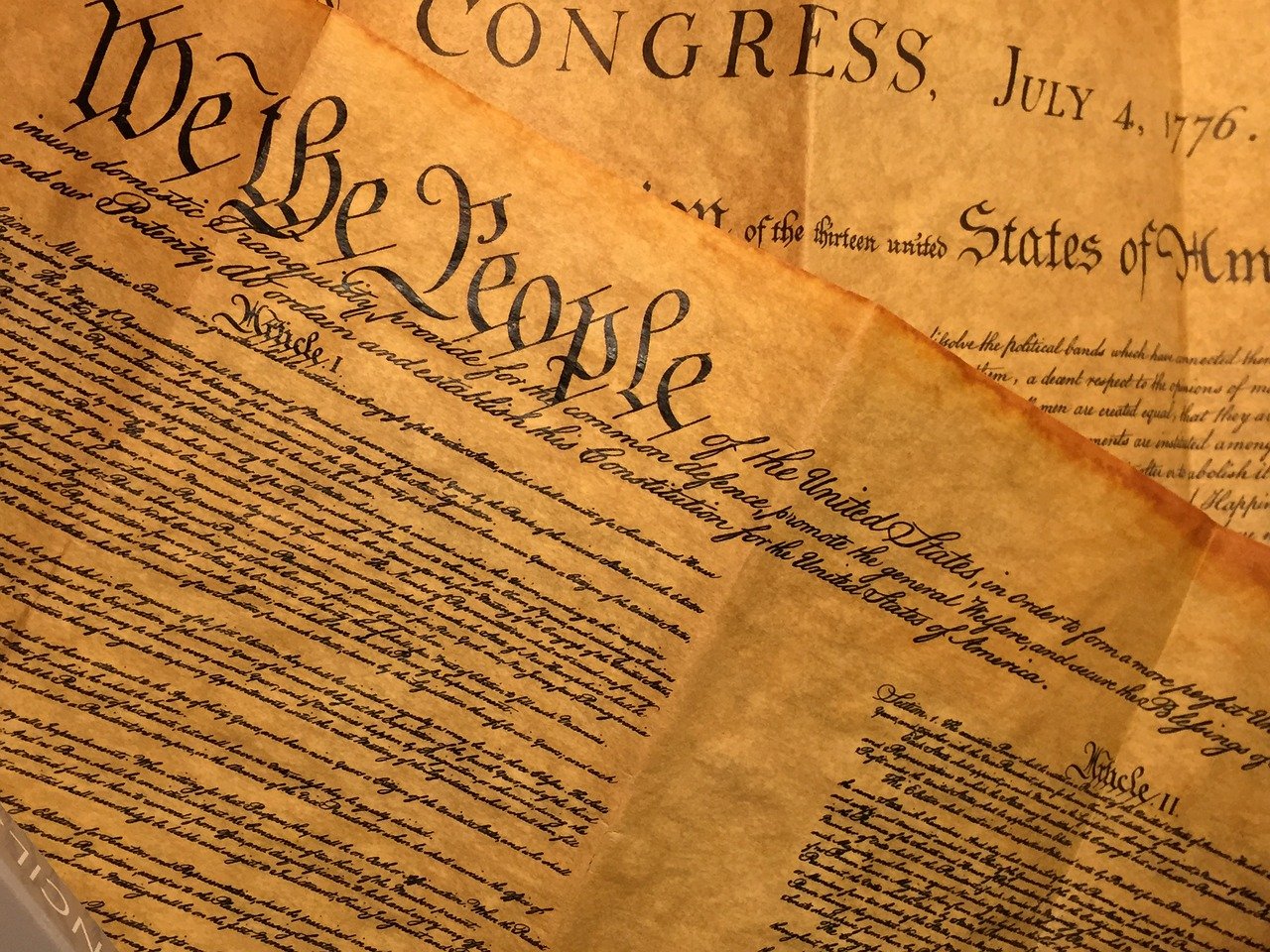 Commentary
lynn0101 / Pixabay
Christopher Edwards, a political lawyer in Baltimore, Maryland, discusses the nuances of "For the People Act of 2019" and its relationship to the campaign finance system, voting rights, and government ethics rules...

When Democrats took control of the House of Representatives after the 2018 midterm elections, they used their first piece of legislation to announce what their priorities would be after two years of not controlling any lever of the federal government. The bill called the “For the People Act of 2019,” sought to restructure portions of the campaign finance system, expand voting rights, and enhance government ethics rules. It was a sweeping proposal that aimed to reform the nation’s election system at the end of a decade that included milestones like Citizens United v. FEC and a 2016 election that was plagued by unprecedented levels of foreign interference.

The New York Times called the proposal “the Democrats’ signature piece of legislation,” and election reform advocates were quick to comment in support of the measure. The bill ultimately passed in the House on March 8, 2019, along party lines. But then-Senate Majority Leader Mitch McConnell made clear that the bill would not be voted on in the Senate, and the For the People Act of 2019 died at the end of the 116th Congress.

On January 4, 2021, the bill was reborn when House Democrats introduced the “For the People Act of 2021” (hereafter the “FPA.”) The Democrats’ newfound control of the White House and Senate means this version of the bill has a markedly better chance of succeeding; Senate Majority Leader Chuck Schumer has designated the FPA as S. 1, the Senate’s first bill.

To be fair, the bill’s passage is not guaranteed. In his official statement on the 2019 version of the bill, McConnell called it a “622-page doorstop” that represented a “sweeping Washington D.C. takeover of what Americans can say about politics and how they elect their representatives.” In other words, Senate Democrats might have to overcome a Republican filibuster (assuming the filibuster remains intact).

But while the FPA’s fate is uncertain, its increased viability, when compared to its 2019 predecessor, warrants a high-level examination of how individuals, businesses, and the regulated political community (e.g., political campaigns) could be affected if the bill becomes law.

The Impact on Individual Voters

As the bill’s name suggests, its greatest impact would be on individual voters. The motivation behind the bill is to empower citizens to be involved in the electoral process, and any one of the proposed measures, by itself, would be significant. When these measures are taken in tandem with each other, the FPA is a political game-changer.

Perhaps one of the most obvious impacts will be on voter registration. Current laws and processes for voter registration vary from state to state. Mississippi, for example, does not allow online voter registration, and mail-in registration must be postmarked or hand-delivered 30 days before the election. Tennessee has online voting, but it closes 30 days before the election. Meanwhile, roughly 21 states plus the District of Columbia have some form of same-day registration, and roughly 40 states plus the District of Columbia have online registration. The FPA would establish both same day and online registration throughout the United States. Even more, it would guarantee that citizens be automatically registered to vote when they interact with designated government agencies, like the DMV, unless the citizen chooses to opt-out. The combined effect of same-day, online, and automatic registration is difficult to estimate, but will almost certainly add millions of registered voters.

The FPA is not limited to addressing how and when people can register to vote, but also who can register. According to a 2020 study from the Sentencing Project, an estimated 5.17 million people across the United States were unable to vote in the 2020 election due to a prior felony conviction. Around 70% of those citizens were no longer incarcerated at the time of the election. When a person with a prior felony can regain their eligibility to vote varies widely – some states allow all such people to vote even while in prison, while other states make it much harder for these people to ever regain their vote. The FPA would eliminate the inconsistency and require all states to follow a simple rule – return the right to vote to those who have completed their prison sentence.

The bill also addresses other aspects of individual voting rights.  In 2013, the Supreme Court issued an opinion in Shelby County v. Holder that crippled a key provision of the Voting Rights Act of 1965 (“VRA”). The VRA imposes a mandate that certain jurisdictions can only amend their election-related practices or procedures after a favorable determination from either the U.S. Attorney General or the U.S. District Court for the District of Columbia. The mandate was applied to states, counties, and townships using a statutory formula that took into account the jurisdiction’s history of discriminatory voting practices. But the Shelby County Court determined that this original formula, which was created when the VRA was passed, was outdated. The formula’s application was thus ruled unconstitutional. Voting rights advocates argue that in the years since Shelby County, those same jurisdictions have implemented rules that make it harder for minorities to vote. The FPA pledges to address this issue via separate legislation that would update the coverage formula, thereby remedying the provision of the VRA that was invalidated in Shelby County and clearing the way for its application in the future.

The Impact on Corporations

Regardless of whether you consider corporations to be people, corporations play a role in elections and are impacted by election law. Some of the FPA’s provisions would modify that impact and are worth consideration by corporate leaders.

The bill also attempts to increase transparency in ways that would impact other sectors. One of the bill’s most lauded goals is combatting “dark money.” Dark money is political spending in which the true source of the funds is not fully disclosed. The FPA attempts to address the two most oft-cited sources of dark money. It first addresses spending by 501(c)(4) nonprofits, which can engage in some limited political campaign advocacy but do not have to identify their contributors. The bill also addresses conduit contribution schemes in which a contributor donates money to a “shell” entity that is not required to disclose its donors, which then contributes to a political committee. While every political committee is required to disclose its donors, the result of a conduit scheme is that the political committee will only disclose that it received money from the shell; it will not disclose the original source of the funds.

The FPA has other provisions that would have an even more direct impact on corporate America. The bill would enhance certain lobbying disclosure provisions, increase rules for voting system vendors, and create new requirements for every corporation that has a political action committee. Compliance departments would benefit from identifying which of their functions, if any, would be affected if the bill becomes law.

The Impact on the Regulated Political Community

To put it plainly, the FPA would have a tremendous impact on virtually every entity that exists to advance a political agenda. While not everyone understands how large that community is, it is a field of its own that includes organizations like PACs and candidate campaign committees. The FPA touches virtually every corner of this space, such as small-dollar donor matching, foreign election interference, campaign finance enforcement, and other issues that will require even the most seasoned campaign operative to study up on the changes.

Even federal agencies will be reformed. The FPA provides the U.S. Election Assistance Commission with directives that will modify its practices across the board. But the bigger modification is likely to the Federal Election Commission (“FEC”). The FEC, which was created in the 1970s, consists of six commissioners. By statute, no more than three commissioners can come from any one political party. The Commission thus traditionally consists of three Republican members and three Democratic ones. But in order for the Commission to act on most matters of substance, at least four members of the Commission must vote in favor of that action. As a result, there must be some degree of bipartisanship for the Commission to do its job. There are a relatively high number of matters in which the Commissioners’ votes result in a three to three tie. Unless a compromise can be achieved, the consequence of a deadlock is usually for the matter to be closed. Thus, matters ranging from enforcement actions to advisory opinions get analyzed, debated, and are then shelved without resolution.

The FPA would change this by creating a five-member Commission. No more than two members could be from any one political party. This will result in one of two scenarios – a fifth Commissioner who is either a genuine “swing” vote or is so ideologically similar to one party that they are effectively working in conjunction with it. Either way, political committees will be regulated by a more decisive federal body.

The effect the FPA would have on the FEC – increased clarity as a result of more definitive action – is representative of how the Act would impact the electoral process generally. And the FPA would impact that process in even more ways than has been discussed here. The right to vote is one of our most sacred rights, yet, as the above points demonstrate, it exists in a landscape that is incredibly inconsistent. That inconsistency, coupled with increasing partisanship that has crept into almost every facet of American life, can have dire consequences on our constitutionally guaranteed right to select our officials.  Whatever your thoughts on the individual policy points that are addressed by the FPA, the idea of an electoral landscape that is more clear and uniform certainly sounds like a good thing.

Christopher Edwards is a political lawyer who currently lives in Baltimore, Maryland. He previously served as an enforcement attorney for the Federal Election Commission. He is a graduate of Washington and Lee University School of Law.