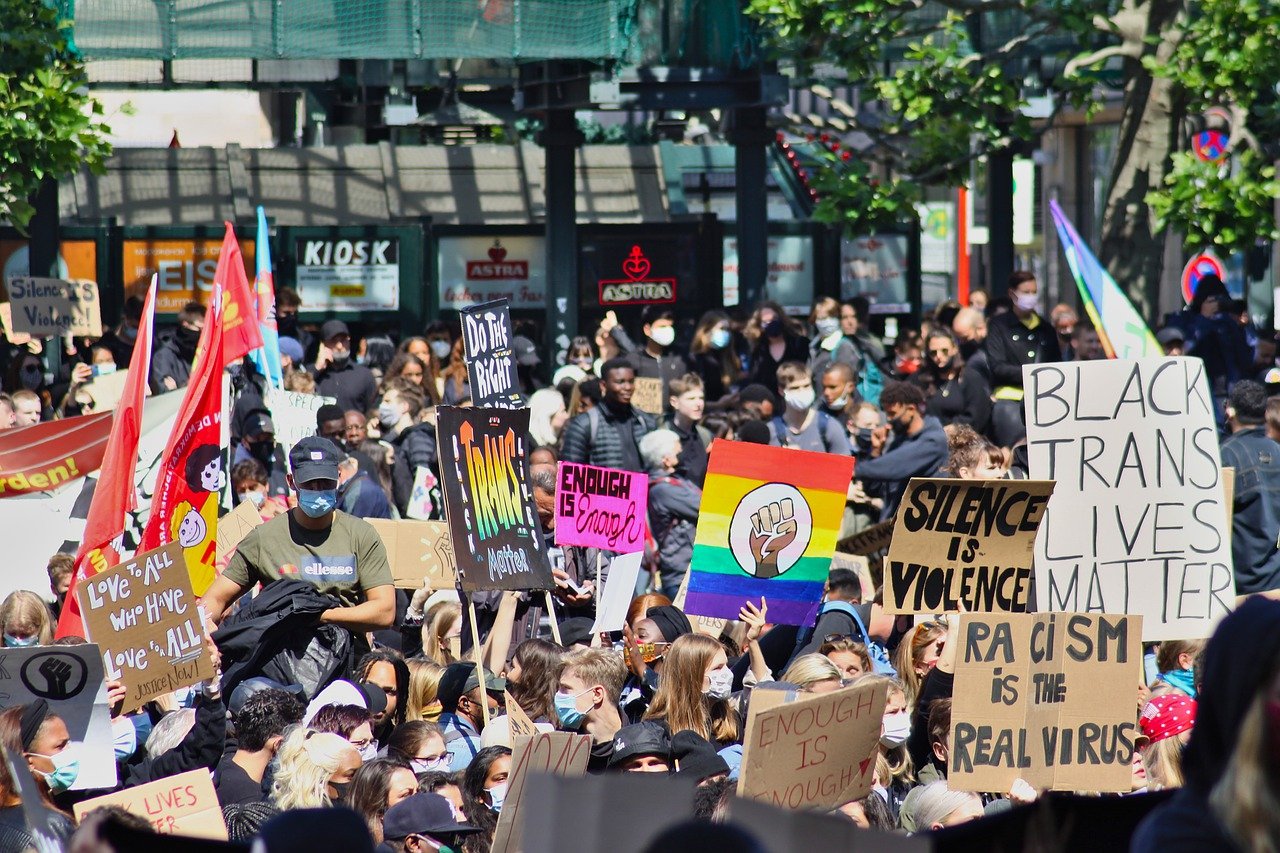 PDBVerlag / Pixabay
John Raphling, a senior researcher on the criminal legal system at Human Rights Watch, discusses the effects that the Black Lives Matter Movement and George Gascon's election are having on criminal justice in Los Angeles...

Every Wednesday afternoon for years, Black Lives Matter activists and their partners chanted a simple demand outside the Los Angeles County Hall of Justice: “Jackie Lacey Must Go!” Elected in 2012, District Attorney Lacey presided over the largest prosecutorial office in the United States. These protests and the frustrations that fueled them helped propel George Gascon’s election as District Attorney in November.

The most prominent complaint about Lacey was her failure to prosecute police officers, even though they killed hundreds of people under her jurisdiction. Among them was Brendon Glenn, an unarmed Black man, shot twice in the back by an LAPD officer. Citing the surveillance video that captured Glenn’s May 2015 killing, then-Police Chief Charlie Beck and the Police Commission recommended prosecuting the officer. Lacey delayed a decision, then in March 2018 declined to file charges.

Beyond failing to hold police accountable, Lacey, choosing to use a variety of excessively harsh sentencing laws, maintained high incarceration rates in Los Angeles County, primarily affecting Black and Latino communities. These laws included sentencing enhancements with little deterrent effect, rules allowing children to be tried as adults, and the notorious “Three Strikes” law. Los Angeles County, under her leadership, has also been among the nation’s leaders in death sentences.

The Black Lives Matter protests revealed widespread discontent with Lacey’s punitive policies toward the community and her protectiveness toward police. They grew from a few dozen people to thousands demonstrating this summer as the police killing of George Floyd focused the nation’s attention on racial injustice in the criminal legal system. Former San Francisco District Attorney George Gascon capitalized on that discontent to challenge Lacey, openly campaigning as a reformer who would reverse policies that historically increased incarceration. Los Angeles voters decisively approved his candidacy, despite opposition from police and their unions.

Understanding the debt he owes to progressive organizers who opposed Lacey, Gascon immediately initiated his agenda to reduce the punishment state and hold law enforcement accountable. Gascon is reconsidering Lacey’s decisions not to file charges in killings by police officers, including the case of Brendon Glenn. It remains to be seen if he will take meaningful action to limit police impunity, but reviewing these cases is a necessary first step.

These policy changes will most likely have substantial impact. Sentencing enhancements make the consequences of cases so extreme that accused people quickly plead guilty regardless of actual guilt for fear of lengthy sentences if they contest the charges. Lengthy sentences contribute to prison over-crowding and punish people out of proportion to the crime. People serving these extreme sentences languish in prison long after they are no longer at risk of future crime, warehoused with no hope for the future. Gascon’s policies will begin to limit that harm.

He announced policies limiting prosecutions of misdemeanor cases related to poverty and mental health, like trespassing and prostitution. He instructed his deputies not to request money bail and to only seek pretrial detention in narrowly limited categories of cases. This policy does not end money bail, as judges may still impose it on their own, but it will result in more people being released while awaiting trial, thus supporting the presumption of innocence.

Many prosecutors and judges, steeped in harshly punitive approaches, are unhappy. Some are resisting implementing his policies. Some judges reportedly are refusing to dismiss enhancements, while line deputies are signaling their opposition in court. Removing the enhancements or releasing people from pretrial incarceration means prosecutors and judges hold less leverage to extract guilty pleas, causing courts to proceed more slowly and allowing people to contest their charges.

The criminal legal system has prioritized punishment over rehabilitation for decades, even as crime rates declined drastically. In recent years, people are realizing that public safety depends on investments in communities, including in improving access to health, education, housing, and job opportunities, not policing, prosecution, and punishment. Gascon’s election reflects that shift. His first policy initiatives honor the will of those who elected him and could serve as models for further reforms across the state and country.

John Raphling is a California-based senior researcher on the criminal legal system at Human Rights Watch.