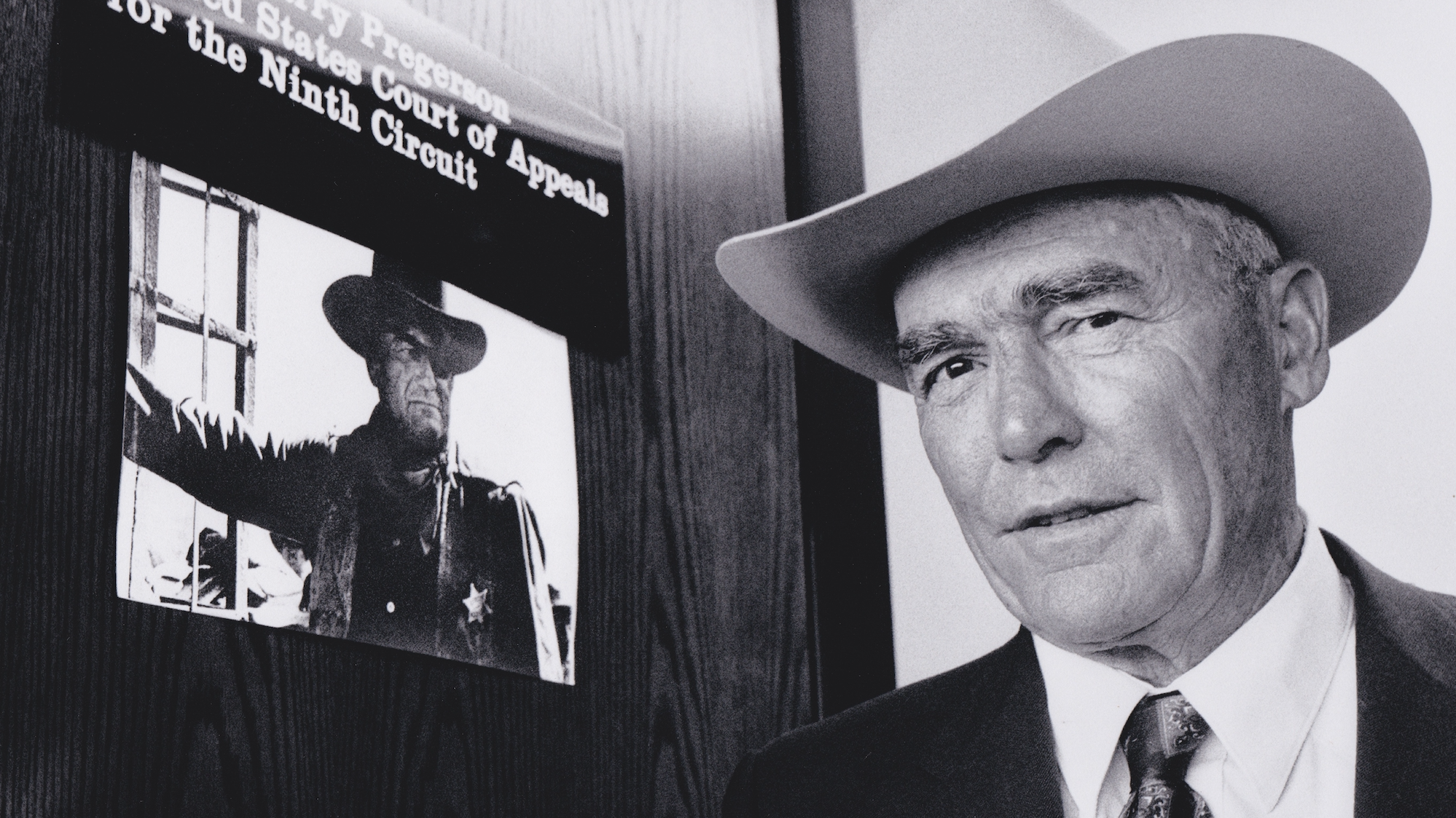 “In the field of law and public interest, there are stars, there are superstars, and then there’s Harry Pregerson.”

When you hear the term “judicial activism,” what comes to mind? Do you imagine judges legislating from the bench? Going beyond their constitutional power to interpret the law by considering the broader societal implications of their decisions?

This is the story of an activist judge, but perhaps not quite the one you’re imagining.

Two-time Academy Award-winning filmmaker Terry Sanders was asked to film a memorial celebrating the life of US Ninth Circuit Court of Appeals Judge Harry Pregerson after he passed away in 2017. After seeing that Judge Pregerson’s “goodness was contagious” and hearing the stories about how many lives he touched, Sanders knew this project could become so much more than a film collection for the family to keep. Instead, he created the film 9th CIRCUIT COWBOY: The Long Good Fight of Harry Pregerson. 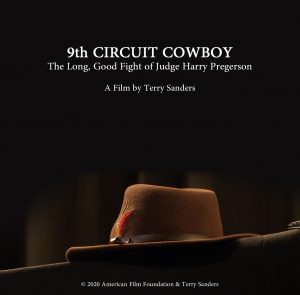 After 36 years on the Ninth Circuit, Judge Harry Pregerson passed away at 94 while still serving on the bench. He left behind a legacy of social activism and redefined what it means to be a public servant. Terry Sanders’ new documentary film provides a rare glimpse into the life of Judge Pregerson through the eyes of those he impacted, including his close family, his law clerks, and even those who stood before him as a judge.

Sanders, only having met Judge Pregerson once before, was asked to record the memorial by Bob Zaugh. Zaugh was a draft resister during the Vietnam War whose case had come up before Judge Pregerson. As a former Marine, one may have expected Judge Pregerson to be stern and give the man maximum punishment for violating the draft orders. Instead, the judge punished him for refusing a physical exam and sentenced him to community service. Zaugh would learn later that it wasn’t necessarily his fine testimony that swayed the judge to go easy on him but was instead a result of who Judge Pregerson truly was.

Throughout the film, Sanders stresses the impact that Judge Pregerson’s diverse background had on how he analyzed the cases in front of him. The judge’s upbringing in East Los Angeles, surrounded by people of different ethnicities and races, caused him to be a wildly empathetic person. Judge Pregerson was open about allowing his background and opinions to shape his decisions as a judge. Rather than pretend that interpreting the law’s text is an objective job, he purposefully made it subjective.

Following the memorial service, Sanders searched for more footage of, and information about, the beloved judge. He came to realize that Judge Pregerson’s life was surprisingly undocumented. He began interviewing the judge’s wife, Bern Pregerson, who elaborated on the judge’s life before he was appointed. Bern spoke of the anti-Semitism her husband faced during his Marine Corps Officer training in Quantico. He and the only other Jewish trainee were falsely accused of cheating on an exam and dishonorably discharged. While Judge Pregerson would reenlist as a private, receive back his officer’s commission, and become a Purple Heart recipient for severe gunshot wounds sustained in the Battle of Okinawa, Bern explained how the shame of his discharge had an even more substantial impact on her husband’s life.  Judge Pregerson would remember that experience at Quantico as a time when he needed help and use it to fuel his passion for helping others in the future, especially the “little guy.”

The people who worked with the judge recognized his empathetic legal approach. In the film, LA City Attorney Mike Feuer described the judge as a “pragmatist,” who “measured whether something was just based on its actual effect on real people’s lives.” And this approach was apparent in his opinions.

The film also highlights Judge Pregerson’s decision in US v. Lipman, highlighting how children brought to the US assimilate just as a child born in the country. A recording of the judge plays, and he states that he “wasn’t going to sign any order that would have the effect of kicking out of this country kids who were born in this country and have the birthright as American citizens.” He went on to explain that he was “not going to do it because . . . it [was] morally wrong.”

He trusted his conscience over the law, believing the law to be a tool to achieve fairness. While instructing his law clerks to help him research and devise his opinions, Judge Pregerson would say, “start with what is right, and then find the law that fits what you think is the right thing to do.” However, labeling this methodology as judicial activism underrepresents Judge Pregerson’s direct service to his community. As Los Angeles Mayor Eric Garcetti said in the film: “the term activist judge . . . doesn’t really encompass the activist judge that Harry Pregerson was. He taught us it’s not just what you do in law with your hands in the opinions that you write, but it’s what you do with your feet outside the courtroom.”

Judge Pregerson was the definition of a public servant. He laid the groundwork, which led to the creation of US Vets. He dedicated his life to fundraising and finding hope for unhoused veterans. He sent his law clerks to see, firsthand, the pollution spilled into the Santa Monica Bay before crafting his decision on the matter. He used his power to prevent a freeway from displacing thousands of vulnerable Los Angeles residents. He visited everyone that he sent to prison. He was a man of action who recognized the humanity in the law. When Judge Pregerson was told, “you’re not a judge, you’re a social worker,” he took that as a compliment.

Judge Pregerson, and indeed the entire Ninth Circuit, have been labeled as judicial activists and accused of refusing to apply the law’s text. But watching 9th CIRCUIT COWBOY will have you questioning what it means to apply the law when it was created by and for human beings. This film challenges these criticisms, even embraces them to highlight the life of a judge who led by example. In light of the recent insurrection on the US Capitol and the inauguration of a new president, judges and other legal professionals would be well advised to follow the path of Judge Harry Pregerson.

9th CIRCUIT COWBOY, The Long Good Fight of Harry Pregerson, will be available on Vimeo on Demand starting Tuesday, January 26, 2021.

Kristen Doyan is a 2L at UCLA School of Law and an Assistant Editor at JURIST. She is interested in pursuing a career in labor and employment law.

Gabrielle Wast is a 2L at the University of Pittsburgh School of Law and JURIST’s Senior Social Media Editor.

Director, producer, writer, cinematographer Terry Sanders is a two-time Oscar® winner and Emmy® winner who has produced and/or directed more than 70 award-winning dramatic features, theatrical documentaries, television specials, and a large body of portrait films of major American artists, writers, musicians, and public figures. Sanders is a co-founder of the American Film Foundation.