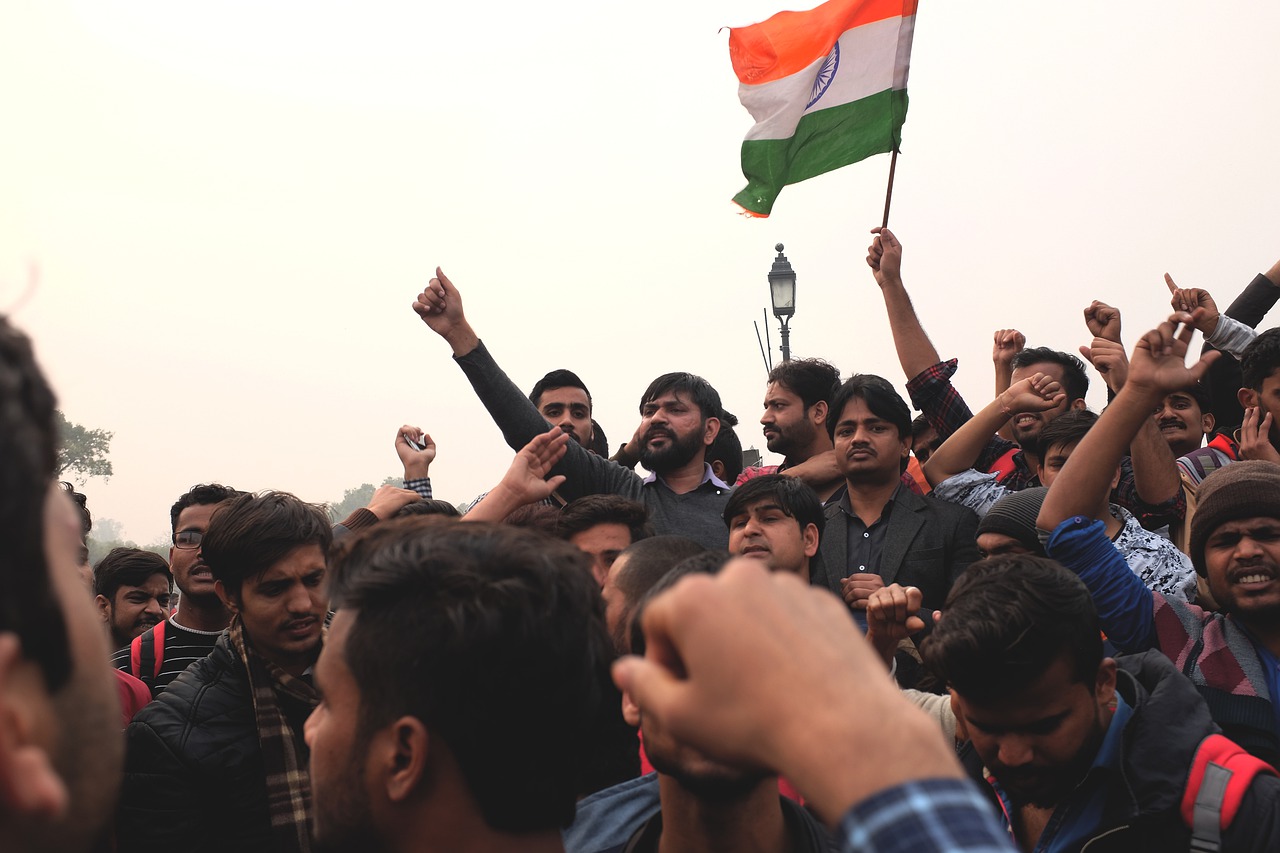 mmamontov / Pixabay
Shruti Avinash, law student at NALSAR University of Law, Hyderabad, India discusses the perils of dissent in Indian democracy from a contemporary perspective of ordinances and protests...

The promulgation of the Kerala Police (Amendment) Ordinance 2020 on 21st November 2020 and its subsequent repeal in a matter of four days, with the repeal order being signed by the Kerala Governor on 25th November 2020 makes a very good case for responsive governance in the state of Kerala.

The abovementioned ordinance was sanctioned by Clause (1) of Article 213 of the Indian Constitution, which grants the Governor of a state the power to make ordinances while parliament is not in session, provided that he is convinced that “circumstances exist which render it necessary for him to take immediate action”. On the face of it, there were no extraordinary circumstances for the promulgation of the ordinance bypassing parliamentary procedure for a law that sought to curb free speech, protected under the fundamental right of the freedom of speech and expression –Article 19(1)(a), and also upheld in Shreya Singhal v Union of India. This made the Government’s intentions behind the criminalization of any form of speech extremely suspect in the present context.

The ordinance inserted Section 118A in The Kerala Police Act, 2011 which provided for the punishment to be meted out for:‘making, expressing, publishing, or disseminating any matter which is threatening, abusive, humiliating, or defamatory’.

The subjective and abstract nature of the words ‘threatening’, ‘abusive’, ‘humiliating’ and ‘defamatory’, coupled with the lack of an effort to define them, made the above amendment extremely ripe for abuse. The punishment in question was of no small quantum and made provisions for imprisonment up to 3 years for those who were in violation of Section 118A of the Act. The ambit of Section 118A was extremely wide, as it applied to both offline and online activity.

This was to be measured against the yardstick of the (debated) provision for defamation as provided in Section 500 of the Indian Penal Code, 1860 which may punish those guilty of criminal defamation with simple imprisonment of 2 years at most. Naturally, the ordinance drew great ire from jurists, legal commentators, academicians, and legislators across the nation for its draconian nature which made it possible for the Kerala Police to take cognizance of defamatory or humiliating speech or media, which hitherto were non-cognizable under Sections 499 and 500 of the Indian Penal Code, 1860.

What is most remarkable, however, is the response of the Kerala government to the dissent, disagreement, opposition, and even legal challenges that the ordinance was met with. Rather than turning a blind eye to public sentiment, the Chief Minister of Kerala Pinarayi Vijayan took the onus upon himself to address and resolve the matter in an amicable manner. He did not beat around the bush, or call for talks with the opposition and other stakeholders in order to wear them out. He instead, (although with questionable authority) went out on a limb and announced that the impugned Section 118A would not be implemented. He attempted to clear the air around the reason for such an ordinance by claiming that it was meant to protect Women and the Transgender community from ‘unwanted harassment’ faced by them on social medial. He clarified, however, that since it was met with huge opposition and criticism, a new decision would be taken with regard to the same following discussion in the state assembly.

This was followed by the submission of the Ld. Additional Advocate General on behalf of the Kerala Government before the Hon’ble Kerala High Court on 24th November in response to the legal challenges mounted against the ordinance stating that:

On 25th November the Cabinet recommended the repeal of the ordinance, which led to a same-day repeal order being signed by the Governor of Kerala Arif Mohammad Khan. The beauty of this decision lies in the desire of the Kerala Government to expedite the repeal process by themselves acknowledging the unconstitutionality of the impugned amendment. They did not seek to browbeat or mislead the aggrieved parties by consolidating their position, or by making flimsy excuses as to the constitutionality or the need for such a provision.

Dissent is a breathtaking phenomenon when it brings change. In a democracy, the responsiveness of an administration to even superficial dissent, sans any physical protests, road blockades, effigy burning, and so on speaks volumes for the nature of that governance. This is to be studied in contrast with the months-long protest of the farmers in Punjab and Haryana seeking repeal of the three Farm Acts (hurriedly passed with a non-consensual voice vote during the Monsoon session of Parliament), culminating today in over 2 Lakh farmers converging in the national capital of Delhi in the cold winter months of November and December. The sheer obstinacy of the Central Government in refusing to consider repeal, and in repeatedly holding inconclusive talks offering no major relief to the farmers leaves a bad taste in the mouth of Indian Democracy. The fact that dissent is at the heart of a true democracy is not new to us, and the idea that a duly elected Government would go ahead to ignore the cries for the repeal of its laws, each of which has extremely non-negatable ramifications is a poor reflection of what the makers of the Indian Constitution might have envisioned for our country.

It is widely accepted that a democracy cannot function if it stifles dissent, and dissent is inevitable in every form of government. Yet, what defines a Government is its response to dissent and the extent to which it accommodates the legitimate concerns of the people. The desire of a government to respond affirmatively to the cries of its subaltern and its marginalized is a decisive indicator of the form of governance it has adopted.

In a similar parallel, the Uttar Pradesh Prohibition of Unlawful Religious Conversion Ordinance, 2020 promulgated by the Governor of Uttar Pradesh- Anandiben Patel received similar, if not more backlash for outlawing religious conversions without prior notice, and for providing for the annulment of marriages which may very well have been consensual. Yet, the blatant disregard of the UP government toward public sentiment, and its unwillingness to budge in the face of protests and petitions says a lot more about the form of governance in Uttar Pradesh, than it does about the people protesting the ordinance. The idea that the Government would choose to ignore nationwide outrage of such a Law, and seek solace in its parliamentary majority is but a disgrace to the notion of the grand role of dissent in a peoples’ democracy.

Notwithstanding the intentions of the Kerala Government in passing the ordinance at first, one must stop and reflect pride at the effect that cohesive dissent can have in a truly democratic government. India has forgotten that it was dissent that freed it from the clutches of colonialism, and even today, dissent can move mountains, provided the government in power is of the people and for the people.

Shruti Avinash is a law student at NALSAR University of Law Hyderabad, India. Shruti has a keen interest in Constitutional Law, Jurisprudence, and Criminology.