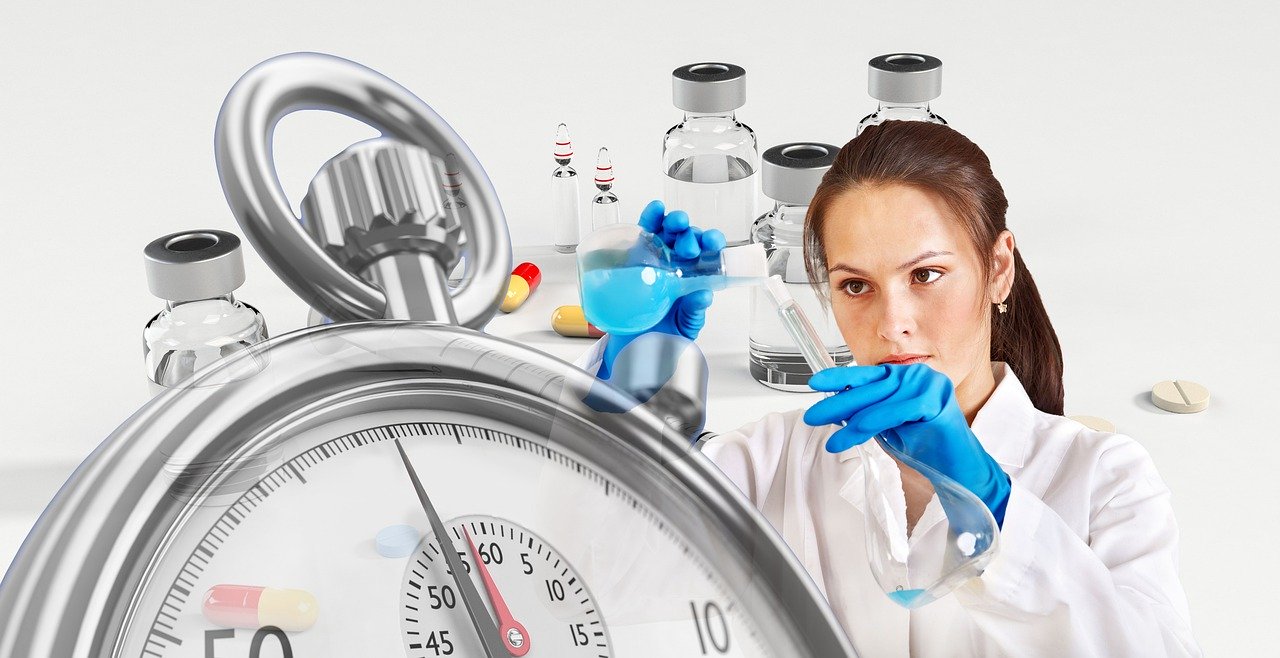 geralt / Pixabay
Benjamin G. Davis, a Professor at the University of Toledo College of Law, discusses concerns over how pharmaceutical companies are cutting corners in the search for a coronavirus vaccine...

Several pharmaceutical companies are beginning middle or late stage trials of experimental COVID-19 vaccines in Brazil and South Africa, leaving trials in other developed countries for sometime later. Meanwhile, in the United States, Black and other minority recruitment for trials lag:

Michael said several factors have led to “a perfect storm of not goodness” for recruiting Black study subjects: historical abuse of Black people in medical experiments like Tuskegee; present racial injustices and health care disparities; and recent social unrest and the financial strain placed on the Black community by the faltering economy.

Black leaders agree that it’s a challenge to recruit Black people into the vaccine trials, especially since it needs to happen very quickly — the first two Phase 3 clinical trials started in late July and expect to finish enrollment in September.

“This is a very, very tall order,” said Dr. James Powell, a Cincinnati physician who has been approached with requests to encourage Black participation in the vaccine trials.

“When we Black people hear ‘clinical trials,’ we think ‘we’re not going to be researched on,’ and that’s across economic status and across educational status, not just one sector,” said Renee Mahaffey Harris, president of The Center for Closing the Health Gap in Cincinnati.

And this skepticism of black and latinos to be recruited for vaccine trial may also be understood as a rational reaction to the actual response in the United States. So what do Brazil and South Africa have in common? Large black populations and lower levels of COVID-19-related deaths than in the United States, with over 14,000 deaths in South Africa, over 121,000 in Brazil, and over 183,000 in the US.

There are questions must be answered here: Why are the trials being done there first before they are done in the USA and Australia (572 deaths)? Who are the persons on which these experimental vaccines are being tested in each country? Are these persons being told all the risks and provided enough knowledge to give informed consent?  What does informed consent mean in each of these countries?

While this vaccine research is different from what went on in the infamous Tuskegee Syphilis Study, we must also remember that those Tuskegee researchers went overseas to do the same type of experiment on prisoners in Guatemala, which Secretary of State Clinton apologized for in 2010.

So flawed or unflawed, the exporting of medical experimental studies should raise alarms as to what the rationale is and whether the persons in that other country participating in the trial are given the same guarantees that a person would receive here in the United States. If the guarantees are the same or better, great. But, if they are lower, then we are outsourcing the vaccine testing risk to foreign persons who are not provided the means to make informed consent. That is a kind of crime against humanity.

Moreover, even if a country has a decent medical structure, the question (as is the question in the United States) is how does that medical structure operate with regard to the most vulnerable persons in those populations? Does racism or caste impact on the quality of what these foreign participants receive as information in the selection for such a vaccine trial? Do the local medical authorities treat all people the same in their identification and work with potential vaccine trial participants?

But, do not worry (actually worry more), this is not an issue only for the United States, but Indonesia (7417 deaths) and India (65,288 deaths) as well. “China’s Sinovac kicked off a coronavirus vaccine trial in Indonesia and revealed promising data on its candidate from a mid-stage study. South Korea’s Daewoong Pharmaceutical got a thumbs up to test a tapeworm drug against COVID-19 in India.” Further, “Sinopharm launched phase III trials of the vaccine on 15,000 volunteers in the United Arab Emirates in July. The large-scale stage of testing is intended to evaluate the vaccine’s effectiveness and safety. The company has reportedly also made agreements to conduct similar trials in Peru, Morocco, Brazil, and Pakistan.”

And so there may not be anything to see here, but in the “warp speed” rush to address COVID-19 and find a cure, let us keep in mind that vaccine experimentation protocols as applied should be scrutinized carefully. We have just seen this played out with the US FDA chief apologizing for his deceptive touting of plasma, and the revised nonsense of CDC guidelines are emblematic of politics overtaking the science at another institution of public health that has lost its credibility.

The issue for us as Americans is to make sure that we verify the quality of vaccine trials being done here and abroad in the context of this “warp speed” effort, where the incentive to cut corners is enormous. Not only should Tuskegee be remembered, not only should Guatemala be remembered, but we should also remember Dr. Francis Oldham Kelsey. “One of the first applications Dr. Kelsey was assigned was for thalidomide, which was already available in dozens of countries around the world.  Dr. Kelsey, despite constant pressure from the company, refused to approve the application because of its inadequate evidence.”

Yes, thalidomide had been approved abroad and there was constant pressure from the company to get the US approval. Now we can see that similar pressure is coming from the political interests to cut corners here and abroad on the backs of foreigners; their informed consent in trials, as we understand it here in America, is at the heart of this concern. No one should be the first to die for a rushed, improperly-prepared vaccine.  Put another way, when Bill Gates or Donald Trump take whatever comes out of this “warp speed” process, that may be the only time we can really begin to be comfortable with taking the risk of vaccines developed in this process.

This article was prepared for publication by Timothy Miller, a JURIST Staff Editor. Please direct any questions or comments to him at commentary@jurist.org