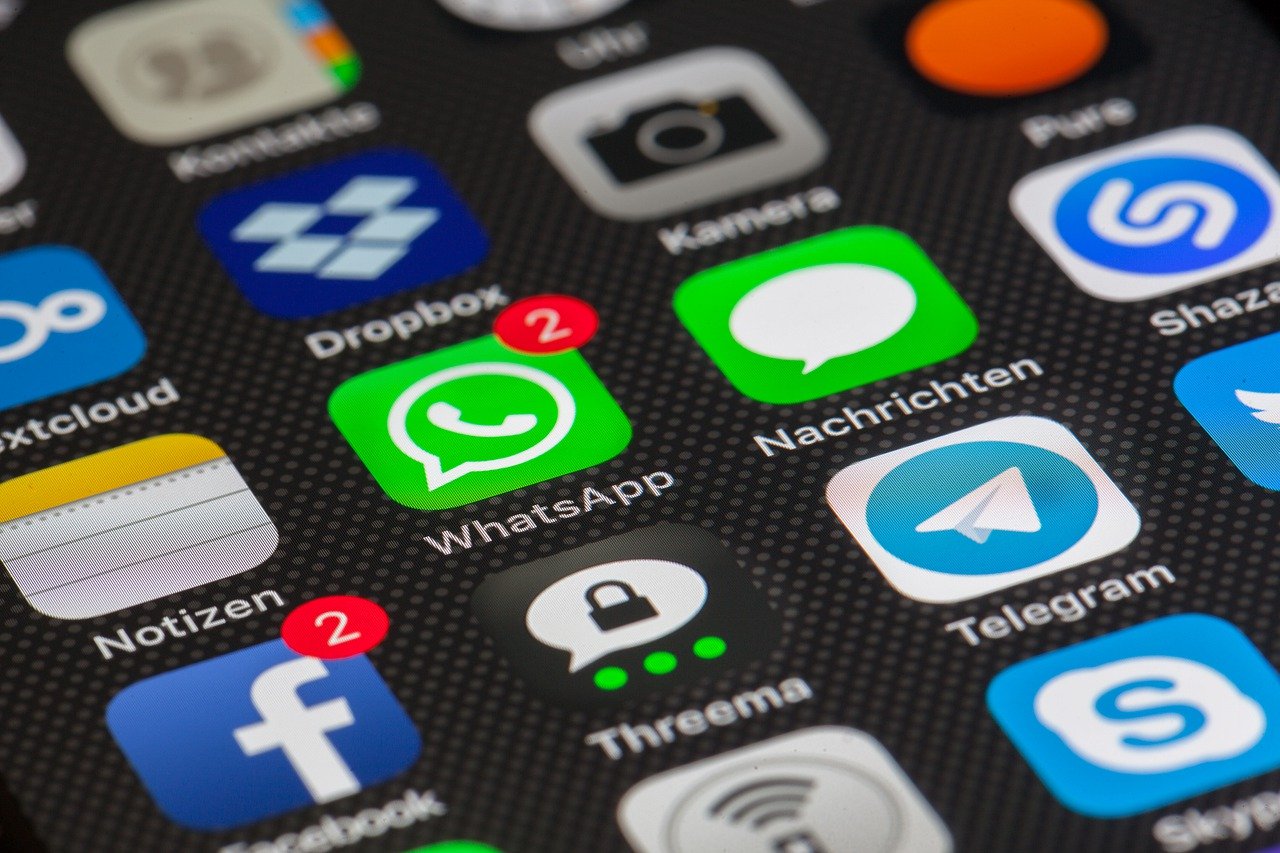 While data sovereignty is a concept that recognizes a country’s sovereign right over its citizens’ data and the prerogative to control the data passing through its local internet by subjecting it to its domestic laws, this article seeks to analyze whether India’s move amounts to arbitrary conduct by the government or qualifies as a reasonable regulatory measure.

Indirect expropriation occurs when actions of the host state deprive the investor of any useful enjoyment of his investment, without affecting the investor’s title. In the present case, Article 5 of the Indo-China Bilateral Investment Treaty explicitly prohibits “measures having effect equivalent to nationalization or expropriation.”

The ban also fulfills the test of “substantial deprivation.” Substantial deprivation occurs when the state’s actions have such an effect on the investor that either the investor is radically deprived of the use of its investment or the rights of the investor are rendered useless. In the present scenario, the ban passes the test of “substantial deprivation” for two reasons. First, a domain name falls into the category of intellectual property rights, the sole use of which lies at the disposal of the right holder. However, as a result of the ban, the domain names of these apps cannot be accessed in Indian territory. This renders the domain name and the intellectual property right associated with it useless. Second, these applications generate a major portion of their revenue through advertising contracts, which are undoubtedly financial in nature. Now, as a result of the ban, the applications cannot fulfill their contractual rights and cannot enjoy the benefits arising out of the revenue generated through contract fulfillment.

The moot question is whether contractual rights and intellectual property rights enjoyed by the owners of these applications qualify as an investment under the Indo-China BIT. Firstly, “contracts having a financial value” and “intellectual property rights” are included in the “non–exhaustive” list of investments of Indo-China BIT in Article 1 (b) (iii) and Article 1 (b) (iv), respectively. This means that the category of investments listed is not exclusive and investment can occur in other forms as well. Secondly, there is sufficient consensus within academia that domain names constitute a property right. Tribunals have also been consistent in their approach of declaring contractual rights as an investment.

Though the order is interim and is being investigated by an inter-ministerial panel, the ban amounts to expropriation. The Tribunal in Wena Hotels v. Egypt and S.D. Myers v. Canada held that a deprivation of economic rights amounts to expropriation even if it is partial or temporary. A temporary ban amounts to expropriation because even though it is temporary, it is imposed in such circumstances that there are no immediate prospects for the investor to resume his business activities. Thus, considering the tense Indo-China relations in the background, the owners of these applications cannot reasonably expect to resume business activities in India any time soon.

Expropriation can be justified if it can meet the threshold set out in the exception clause of an Investment Treaty. Article 14 of the Indo-China BIT stipulates that the host nation can take action in two situations: for the protection of its “essential security interests” and in cases of “extreme emergency” in accordance with its laws. The clause ends with the statutory remark that these actions are to be taken reasonably and to be applied on a non-discriminatory basis.

In accordance with the language of the treaty and customary international law, the legality of expropriation is conditioned on three, sometimes four, requirements. These are: (1) the measure must fulfill a public purpose; (2) the measure must not be arbitrary or discriminatory; (3) the measure must comply with due process; and (4) there must be compensation. In the case of indirect expropriation, illegality will be the rule since there will be no compensation. What was and remains contentious is drawing the line between non-compensable regulatory and other governmental activity and measures amounting to indirect, compensable expropriation.

The authors are of the opinion that India’s actions do not amount to a non-compensable regulatory measure since it lacks compliance with due process. According to lawyer Apar Gupta, Executive Director at Internet Freedom Foundation, this constitutes one of the largest acts of web censorship in terms of the number of people impacted in India. It can be reasonably argued that the app ban is arbitrary because the vague language of the press release does not convey the specific grounds on which each app is responsible for a data breach. The degree of violation across the apps cannot possibly be exactly uniform.

Further, the decision is not in compliance with the 2009 Information Technology Rules. The ban might have been imposed under Rule 9, therefore doing away with the requirement of giving a hearing opportunity to the opposite party. However, the final decision regarding the ban under Rule 12 should have been communicated within 7 working days. The decision is still pending, thus demonstrating disregard for due process of law on the part of concerned Indian authorities.

The act of the state is discriminatory because popular apps of Chinese origin, such as Turbo VPN and numerous other applications, are still accessible in India. This is despite being subject to Article 2 of the Chinese data law, over which security concerns were cited and a ban was imposed accordingly. This law allowed the extraterritorial jurisdiction of Chinese authorities over data stored by Chinese companies.

Thus, the ban is discriminatory with respect to the 59 apps. Such discrimination is prohibited under International Investment law. The Link Trading tribunal elaborated upon this principle and held that a state’s regulatory action is expropriatory when there is an “abusive taking.” An abusive act on part of the state arises when it has acted discriminately and inequitably towards an investor or investment.

Further, Article 5 of the Indo-China BIT also provides that any act of the host-state which is equivalent to expropriation shall be carried out in a non-discriminatory manner.

A breach of the Fair and Equitable Treatment (FET) standard is one of the most frequent bases for investor-state dispute settlement (ISDS) claims. Presently, the protection of the legitimate expectations of an investor constitutes a central element of the FET standard. Under the concept of legitimate expectations in international investment law, states are required to maintain a certain degree of stability and predictability in their regulatory framework. This is relied upon by investors when making investments. It can be argued that India has radically altered its legal framework, thereby leaving its investors without any support and financial cushioning. India can also face a FET breach claim if Chinese investors chose to drag the country to an IIA Tribunal.

In Thunderbird v. Mexico, the tribunal held that the conduct of a contracting party can give rise to reasonable and justifiable expectations on the part of the investor. In Azurix v. Argentina, the tribunal opined that legitimate expectations are not necessarily based on contracts but on implicit or explicit assurances and conduct of the host state.

On July 9, the Prime Minister of India, while addressing the India Global Week Virtual Conference, reiterated the country’s interest in inviting foreign investments. He also assured structural reforms to foreign investors. Further, the Government of India created its official account on TikTok (probably the most famous among the banned 59 apps) on June 6. One can conclude that these two occurrences point towards favorable conduct and an implicit assurance by the host state. Therefore, one can argue that there were legitimate expectations on part of the investors. A blanket ban on the apps could not have been reasonably predicted by the investors.

This app ban shall prove to be detrimental to both countries. On one hand, India could be a respondent party in an investor-state proceeding due to expropriation claims as argued above. Further, this app also diminishes India’s reputation as a foreign investment destination. Concerns have already been raised by Mark Zuckerberg (C.E.O of social media giant Facebook), expressing that Facebook too could face a similar ban in the future.

On the other hand, this ban also directs one’s attention toward China’s data law, which is vaguely drafted and detrimental to individual privacy. This law is possibly a great contributing factor that compelled India to act hostilely towards Chinese apps, despite China being among India’s top 3 trading partners.

This article was prepared for publication by Cassandra Maas, a JURIST staff editor. Please direct any questions or comments to her at commentary@jurist.org