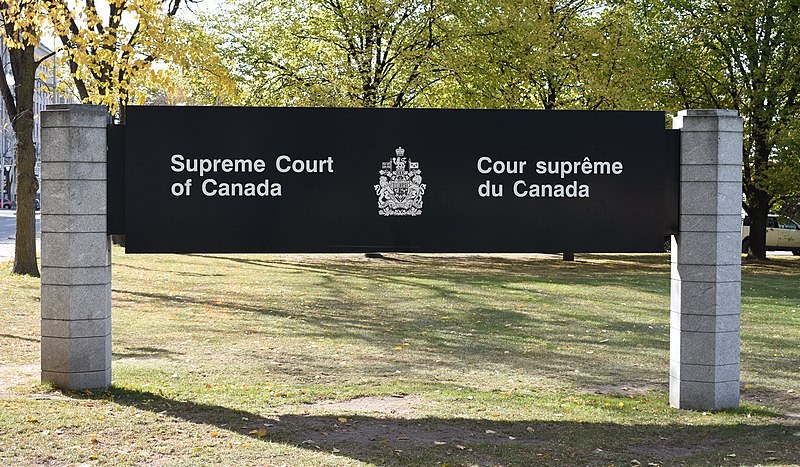 Galo Márquez Ruiz, an undergraduate student at Instituto Tecnológico y de Estudios Superiores de Monterrey, Mexico, writes about the nexus between unconscionable arbitration clauses and third party funding in light of a recent judgement by the Supreme Court of Canada...

International commercial arbitration prides itself on constituting an efficient and less expensive dispute resolution method for clients. While arbitration has been promoted under this premise, in reality, some parties have used arbitration agreements to implement standard terms or one-sided arbitration clauses in order to discourage the other party from initiating a dispute. It has been considered that parties include these types of clauses to “tilt the scales of justice in their favor”.

This method for preventing a party to start an arbitration proceeding has usually been implemented in employment, franchise and consumer contracts, where the contract already includes a non-negotiable arbitration clause. Usually, these arbitration agreements are too troublesome or onerous for an employee to initiate an arbitral proceeding, thus, reducing the amounts of disputes that filed.

The development and inclusion of third-party funding worldwide has been gradual but steady, as has been noted by the ICCA-Queen Mary Task Force on Third-Party Funding in International Arbitration. While the doctrine of unconscionability rests under the idea that an arbitration clause is profligate, third-party funding has been endorsed for its pro-access to arbitration capacity. Third-party funding does not promote frivolous lawsuits. On the contrary, its modern conception is that it “enables claimants to proceed with their arbitration claims while delaying payment until the issuance of any resulting arbitration award”.

To that end, it must be viewed whether third-party funding can eradicate (i) impediments to access to justice and (ii) improvident costs of arbitration, as conditions or criteria to declare an unconscionable arbitration agreement.

Uber Technologies Inc. v. Heller might not be the best example to promote the interaction between third-party funding and unconscionable clauses due to the labor and social components. However, since the SCC delineated the conditions for an unconscionable clause to exist, its context might be relevant. In this case, Uber’s clause required arbitration pursuant to the rules of the International Chamber of Commerce, with the seat of arbitration in Amsterdam, Netherlands, along with an administrative fee to commence the arbitration proceedings of approximately $14,500 USD. Heller’s annual income was close to this amount, which did not include the cost of traveling to the seat of the arbitration and attorney fees. Notwithstanding, Heller would have been an attractive option for a third-party funder since he claimed $400 million USD in damages. For example, DeepNines, a Texas-based security company, obtained an $8 million USD loan from a third-party funder, which secured a $25 million USD settlement. The third-party funder received more than $10 million in return for its investment. Therefore, while third-party funders would not invest in a dispute with a low potential of damage awards, Heller would have been a great investment opportunity.

Two counterarguments can be presented to reject third-party funding in the doctrine of unconscionability. The first one pertaining to the fact that third-party funders “do not seem to invest in the types of cases where plaintiffs are in need of access to justice”.

The second argument relates to the intention of the SCC to declare improvident costs as a condition for unconscionable clauses. Due to the factual circumstances in Uber Technologies Inc. v. Heller, the motivation for this condition is that it would be unreasonable to impose such a burden upon Claimant, due to Claimant’s inability to finance the arbitration. Consequently, it must also be considered whether Claimant had the capacity to obtain third-party funding.

Nonetheless, both counterarguments should be rejected. The first one, because while it is true that funders invest in cases with “the most likely to be successful scenarios” with high potential damage awards, the arbitration results do not have a correlation with cases in need of access to justice for economic reasons. Lack of access to justice is not equivalent to low damage awards. The most probable cause for third-party funders to not invest in access to justice cases would be claimant’s lack of knowledge to request such investments.

As an example, to prevent this issue, in AT&T Mobility v. Concepcion, the United States Supreme Court partially declared an arbitration agreement invalid, only up to the characteristics that were improvident since, regardless of the outcome of the dispute, the claimant would have had to pay AT&T the costs of their attorney fees. The US Supreme Court noted the unfairness of such condition and determined it was inoperative, while still maintaining arbitration as the proper procedure on the merits. Prof. Gary Born noted that if AT&T had been more careful in the drafting of their arbitration clause, it might not have been declared unconscionable at all.

Similarly, in Uber Technologies Inc. v. Heller, some drafting modifications could have saved Uber from including the arbitration clause. For example, the United States Court of Appeals for the Eleventh Circuit considered that a more notorious arbitration clause in a standard agreement could be the difference. Uber could have also decided on an arbitral institution in Canada instead of Amsterdam.

Even more, it must be considered whether Uber’s arbitration clause would have subsisted if they had drafted that future claimants had to make some effort in trying to obtain third-party funding in the event that they could not afford the arbitration, so that lack of knowledge of the implications of arbitration and of obtaining an investment could be brought in court to argue the clause as unconscionable.

Inclusion of third-party funding in arbitration clauses would maintain the twentieth-century tendency and progress of avoiding that a “modest degree of unfairness could trigger this manifestation of the rule”. It would advocate the usage of litigation investments while encouraging parties to enroll in arbitral procedures. The fact-sensitive character of unconscionability would give room for third-party funding to be included in a case-by-case basis, where only the particular position of a claimant would trigger unconscionability and not an ambiguous perception that all unilaterally burdensome clauses are automatically nugatory.

The relationship between third-party funding and the doctrine of unconscionability can be mutually beneficial. While third-party funding will not automatically bypass unconscionability, it could reshape the ‘tilt the scale of justice’ notion into an empowering instrument for stabilizing the scale of justice into an ‘everybody has access to arbitration and justice’ concept.

From Criticism to Contempt: Twitter and Free Speech in India