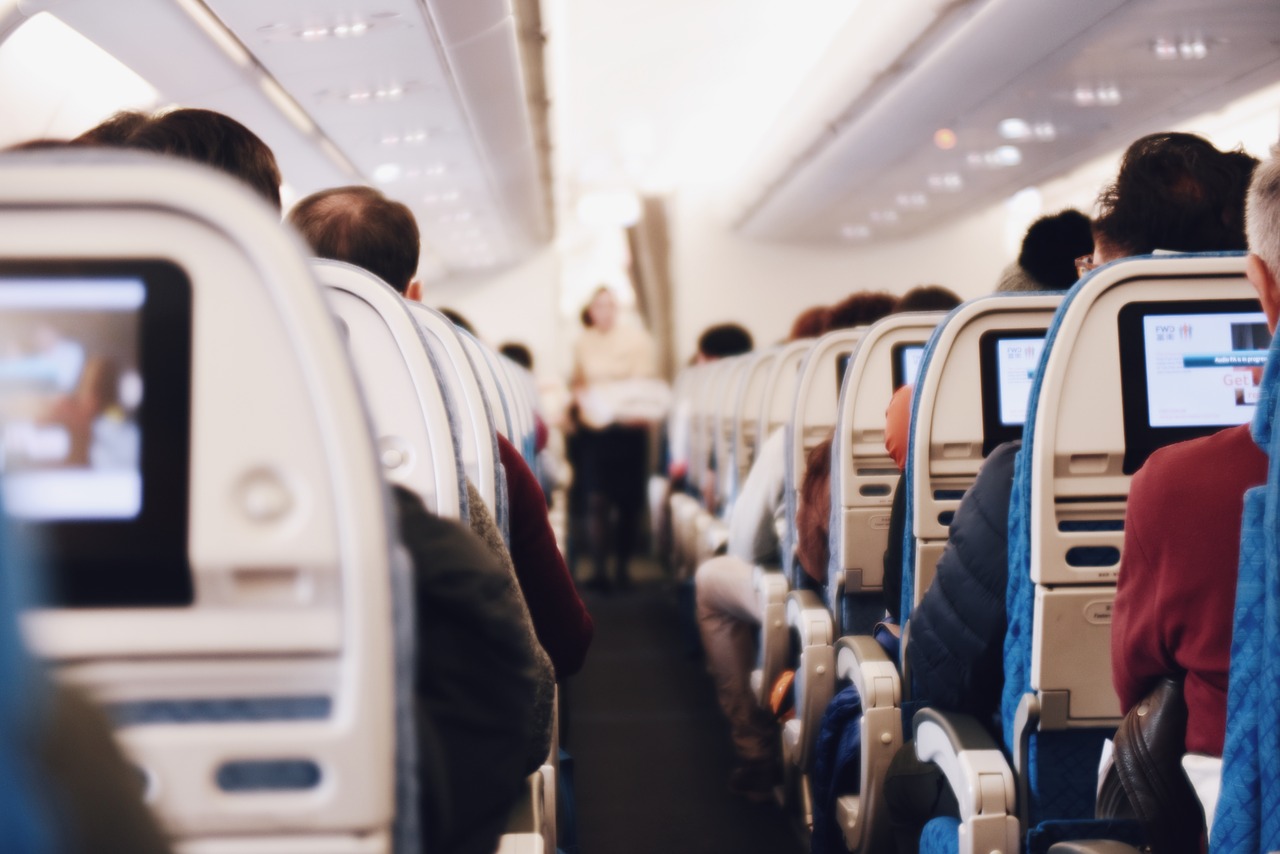 Giants run the airline industry. Today, four airlines, American, United, Delta, and Southwest, control over 65 percent of the market. They achieved this level of dominance in just the past twenty years, with merger after merger cutting the number of major airlines left today into less than half the number that existed in 2000. The airline industry is an example of how corporate consolidation has produced deficient markets in which powerless consumers are mistreated, particularly in times of crisis. In recent months, with air travel at record lows due to the pandemic, airlines have been pushed to the brink of bankruptcy. Consequently, in April, the federal government had to issue $25 billion of taxpayer money to bail out the airlines (plus an additional $25 billion in loans) and was recently considering another $25 billion to save airline jobs. The additional $25 billion would have been included in the second wave of coronavirus relief, but talks on that legislation have since stalled. Nonetheless, the possibility of a second version of the CARES Act remains, as does its strong potential to include another airline bailout. As lawmakers contemplate delivering billions more of our dollars to the airlines, this country ought to take a hard look at the shortcomings of the air travel market and the need to restore fair competition in this industry.

There has been little resistance to airline consolidation in the United States. When Delta merged with Northwest Airlines in 2008 to create the largest airline in the world, the DOJ simply gave them a green light, claiming that the consolidation would create efficiencies and cost savings. After that merger, however, an analysis in the Wall Street Journal found that airfare between two hubs of the airlines, Cincinnati and Memphis, increased by 66 percent. Seven other routes between hubs of the former competitors experienced above-average fare increases, with some routes seeing an almost 40 percent hike. A similar story took place when United and Continental Airlines merged in 2010. This action was approved by the DOJ in record time, with airline representatives swiftly agreeing to concede a few takeoff and landing slots to Southwest to speed along the process. Prices between Houston and Chicago rose 57 percent after the merger, with the newly expanded United carrying 79 percent of all traffic on that route. In 2013, the DOJ finally challenged the proposed merger between American Airlines and US Airways, claiming that it “would result in hundreds of millions of dollars of harm to American consumers.” The case ended with a settlement that allowed the merger to proceed but required the airline to reduce flights out of certain airports to foster competition. American Airlines became the largest airline in the United States, and shortly after, the reign of the big four began.

With only four major carriers, air travel in the US is characterized by high prices and limited choices. In 2017, the National Consumers League reported that airlines in North America generate about three times more profit per passenger than airlines in Europe. Moreover, at 40 of the 100 biggest airports in America, over half of the capacity is controlled by a single airline. That level of influence allows airlines to raise prices substantially, and prevent small budget airlines from accessing routes. Delta, for instance, previously held a highly restrictive contract with Cincinnati /Northern Kentucky International Airport (CVG) during which the airport had the highest airfares in the country. When it expired, several budget airlines increased their presence at the airport, eventually leading to a $170 per passenger decline in ticket prices. Major airlines also cut off competition from international carriers. In 2015, they lobbied for restrictions on routes for Emirates, Etihad, and Qatar Airways, fearing the competition would eat into their profits. The result of US airlines’ efforts to eliminate competition is minimal options for flyers, who are forced to accept any and all practices that the major airlines engage in. Whether it’s high ticket prices, various fees, constant delays, or dragging a person off a plane, the big four airlines can do whatever they please because Americans who need to fly often have no other choice.

Similarly, Americans have no choice but to help the airlines when they run into trouble. The multi-billion-dollar bailout issued barely a month into the COVID-19 crisis raises questions about the airlines’ fiscal responsibility. The major airlines are, after all, highly profitable. As mentioned above, they generate far more income than their European counterparts and in 2019, the industry generated about $15 billion of net income after taxes. One might expect that they have the resources to endure a period of low revenue, even crisis-level revenue. So, it’s worth asking what major airlines did with their money. Big airlines today usually have billions of dollars left over after taking care of all their operating costs and capital expenditures. That money can be used for any number of things. It can be used to pay employees more, research new technologies, or build a safety fund for hard times. Yet, it can also be used to make shareholders richer through stock buybacks. In March, Bloomberg reported that over the past decade, airlines have spent 96 percent of their free cash flow on stock buybacks. Stock buybacks are when a corporate boardroom decides to use its leftover money to buy its own stock to elevate the price. The people in that boardroom usually own massive amounts of stock, so elevating the price enriches them. Essentially, instead of paying their employees more, improving their technologies, or saving some money for a rainy day, airline board members gave themselves a bonus.

These stock buybacks have been a big story recently. Many people were disturbed to hear that airline executives had taken home most of their profits, and then received $25 billion of assistance from the American people. Some have pushed back on this narrative. They claim that free cash flow is a misleading measure of profits, and that operating cash flow reveals that airlines have invested in their companies. They also point out that American Airlines has spent an absurd amount of money on stock buybacks, distorting the total figure. These claims are certainly true. Nonetheless, it is undeniable that all four airlines have spent a large chunk of their billions on stock buybacks, and could have spent less. There are, after all, plenty of other spending opportunities. Airlines might for instance save their leftover cash if they are concerned about their competitors outperforming them. Any year it’s possible that another airline will take more of the market, so they might save money to make up for lost revenue. They might also invest in research and development, producing new engines, materials, or amenities that could help them edge out their competitors. They might also pay their employees more so that they get the best talent and can provide better service than their competitors. So, why haven’t they been spending more on these things?

Their preference for buybacks over investment suggests that the big four airlines are not that concerned about competition. They dominate the market, and often control entire airports. They have few competitors who all charge roughly similar prices and fees. Furthermore, in 2017, some economists claimed airlines were colluding to restrict the number of seats and flights they offer to boost profitability. These factors all suggest that competition in air travel is highly limited, leaving little incentive to hold onto cash for innovation or hard times. With more competition, however, airlines would feel heightened pressure to keep some cash around. They would be motivated to improve service, pay employees more, and prepare for periods of low revenue. They might have been able to endure the pandemic without taking $25 billion of taxpayer funds, or by at least taking less. A well-functioning market produces high-quality service, continuous innovation, and fiscally responsible companies. The airline industry is anything but.

Recently, American and United announced they will go back to packing flights to capacity, despite the surge in COVID-19 cases. The move poses a clear threat to public health and is likely a consequence of their continued financial troubles. After a decade of rampant spending on stock buybacks and taking a $25 billion bailout from taxpayers, these two airlines will now risk their passengers’ health to generate revenue. Many Americans are outraged by the decision. Yet, if they need to fly, they will not have many other options.

In the near future, Americans might have even fewer options for air travel. At the end of March, airline executives were reportedly discussing the possibility of consolidating flights to save on costs. With so many planes empty, it is more efficient to condense flights from different airlines serving the same route. Companies would then have to share planes, as well as the costs and revenue from flights. It’s not hard to see that this move would pave the way for airlines to merge. If they are providing the same flights, they might as well become the same company. With many of them on shaky financial ground, combining will be an enticing option. The result of course would be enhanced corporate power, plummeting standards of service, and sky-high monopoly prices. We have already seen this story before. Will we let it happen again?

This is the second article in a four-part series. Be sure to check out the first and third articles.

Everest Fang is a 2020 JURIST Digital Scholar. He graduated this May from Yale University with a BA in Economics and Mathematics. He was admitted to Harvard Law School through its Junior Deferral Program and plans to begin his studies there in fall 2022. Everest began working at Deloitte’s Government/Public Services Consulting Office in Washington, DC, in August.

This article was prepared for publication by Megan McKee, JURIST Executive Director. Please direct any questions or comments to her at executivedirector@jurist.org