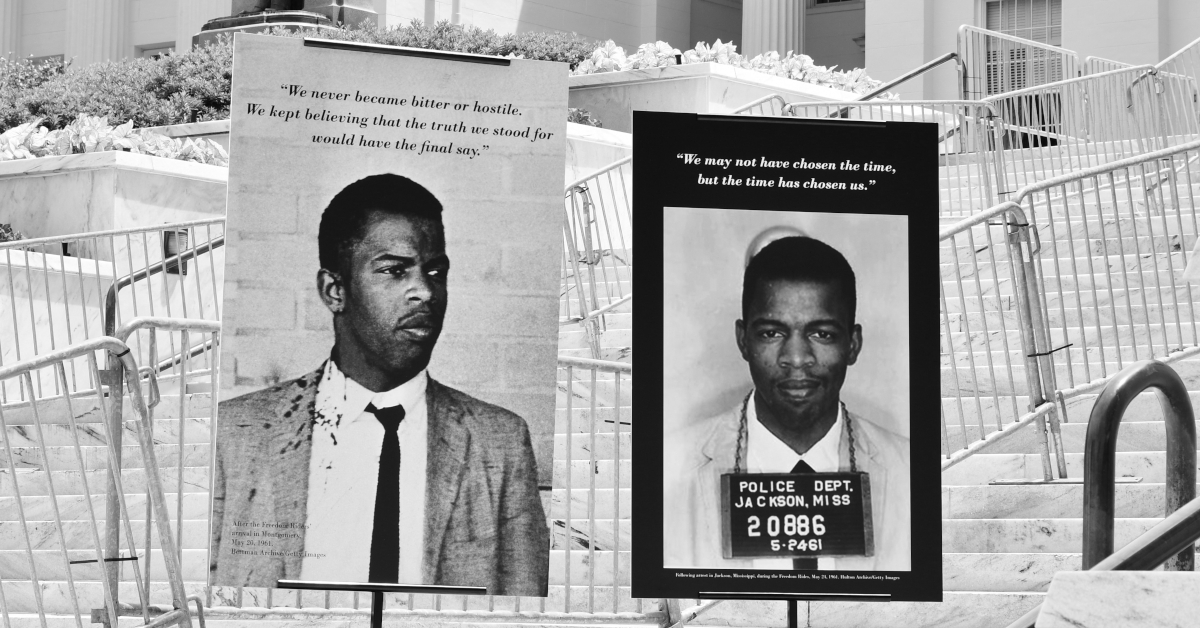 (c) William H. Widen
William H. Widen, a Professor of Law at the University of Miami School of Law in Coral Gables, Florida and an elected member of the American Law Institute, reflects on John Lewis' enormous influence on the path of the law on the occasion of his funeral...

This essay reflects on a Sunday spent in Montgomery, Alabama, when a city and a state honored Rep. John Lewis. Here also is a pdf version for anyone that might like to have a copy of this material for personal or educational use.

In Montgomery last Sunday, many of those who attended the memorials for Rep. John Lewis noted the irony of his reception into the State Capitol of Alabama, contrasting it with his savage beating in Selma on the Edmund Pettus bridge over 50 years earlier.

Some recalled the words of Martin Luther King, Jr., famously echoed by President Barack Obama: “The arc of the moral universe is long, but it bends toward justice.” Based on what I saw and heard on Sunday, we risk misunderstanding Dr. King’s quote if we believe John Lewis’s honor guard instantiates this inspiring idea in a straightforward way.

Justice does not just happen as a natural phenomenon. 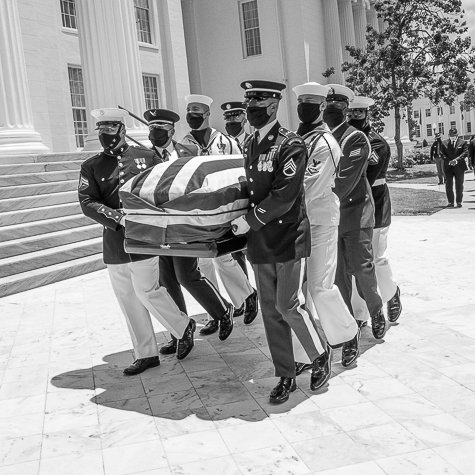 John Lewis was the “conscience of the Congress.”

On Sunday, I glimpsed the truth: it is conscience that bends toward justice—the moral trajectory of the universe derives from progress made when conscience motivates action.

The arc of the moral universe bends towards justice only because people of conscience drag it kicking and screaming in that direction. Of practical significance for law reform, the path of the law does not, of its nature, bend toward justice either. Indeed, the law—as an imperfect reflection of the moral universe—perhaps needs even more prodding from conscience than the arc.

On Sunday evening, in the basement of the Dexter Avenue Baptist Church, before a small group, Rev. Dr. Bernard LaFayette, a freedom rider with John Lewis, recounted the beatings on the Edmund Pettus Bridge. If you look at the video, he said, you will see that the police batons look longer than normal. That is because they were actually table legs, acquired from a factory near Selma, with metal inserts to keep them from breaking when you beat someone.

He said that John Lewis was never afraid. You could knock him backwards with a stick—even one with a metal insert–but he, as a man, never took a step backwards.

That is the real lesson. Conscience does not take a step back. First and foremost, it is conscience that bends towards justice. 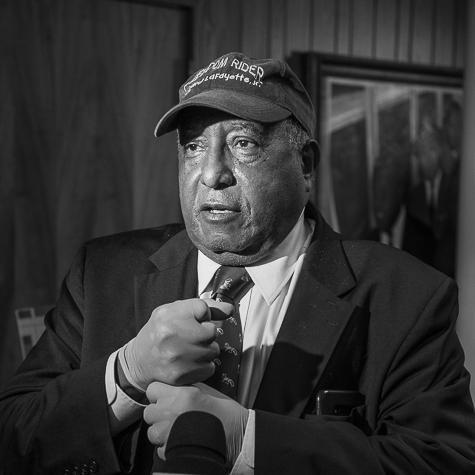 Later in the evening, Rev. Dr. Bernice King—Dr. Martin Luther King Jr.’s youngest daughter—publicly remarked that it would be a fitting tribute to John Lewis to restore protections for voting rights. Reflect on why this is necessary. The path of the law did not bend toward justice when the Supreme Court failed to require continued voting rights protections, allegedly because circumstances had changed since 1965.

Rev. Dr. Bernice King’s words remind us that law reform, directed by conscience, must redirect the path of the law to the path of justice. 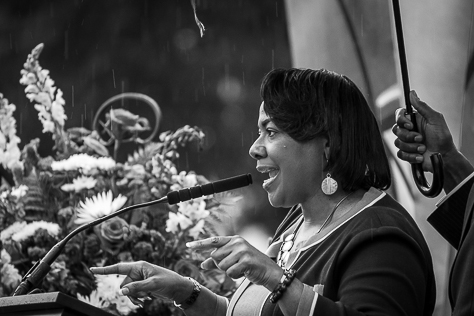 We must recognize that the arc of the moral universe does not bend toward justice merely as an impersonal law of nature operating of its own accord.

Justice will not just take care of itself if we leave well enough alone. We must struggle against the idea that progress in law is inevitable.

The seductive idea of a march of progress infuses many disciplines, from Hegel’s philosophy of history to Darwin’s theory of evolution. Henry Sumner Maine theorized that societies had evolved from feudal status to voluntary contract. But, in law, the promise of progress often is an illusion.

In the law of consumer contracts, for example, we find backward steps. The law is in the process of reverting from contract back to status—as evidenced by the American Law Institute’s proposed restatement of the law of consumer contracts. The Supreme Court’s expansion of the scope of arbitration—and the inability of Congress to provide a correction—illustrate another retrograde motion.

Nowhere does the law more clearly reflect a step back than in confirming broad First Amendment speech rights to corporations in Citizens United v. FEC and what I see as fall out from that decision. It is instructive to note that the Citizens United decision was followed shortly thereafter by Shelby County v. Holder which held Section 4(b) of the Voting Rights Act of 1965 unconstitutional. These decisions operate as a one-two punch combination against the right to vote—the vehicle through which the electorate may express its collective conscience.

Indeed, Rep. Lewis called the right to vote “the most powerful nonviolent tool we have in a democratic society.” The path of the law, as a reflection of the arc of the moral universe, will only bend toward justice if conscience can be brought to bear on its trajectory. Suppressing the right to vote represses our collective conscience—lessening the lever of justice. Justice requires active participation, not passive waiting for universal laws to kick into gear. There is some evidence for this active approach in the recent introduction of the “John Lewis Voting Rights Advancement Act”—sponsored by 47 Democrats and Republican Lisa Murkowski (Alaska).

Conscience is wasted if it does not motivate action. “Passive” conscience—if such is even a coherent idea—is a pale reflection of the ideal form. To understand Dr. King’s remarks about the arc of the moral universe, we must read those words in context to understand why conscience is a call to action and the role that conscience plays in our moral history as a Nation.

“We must come to see that the end we seek is a society at peace with itself, a society that can live with its conscience.” ― Dr. Martin Luther King, Jr. 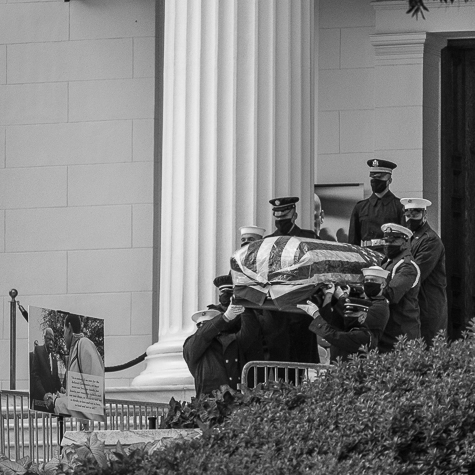 William H. Widen is a Professor of Law at the University of Miami School of Law in Coral Gables, Florida, and an elected member of the American Law Institute.