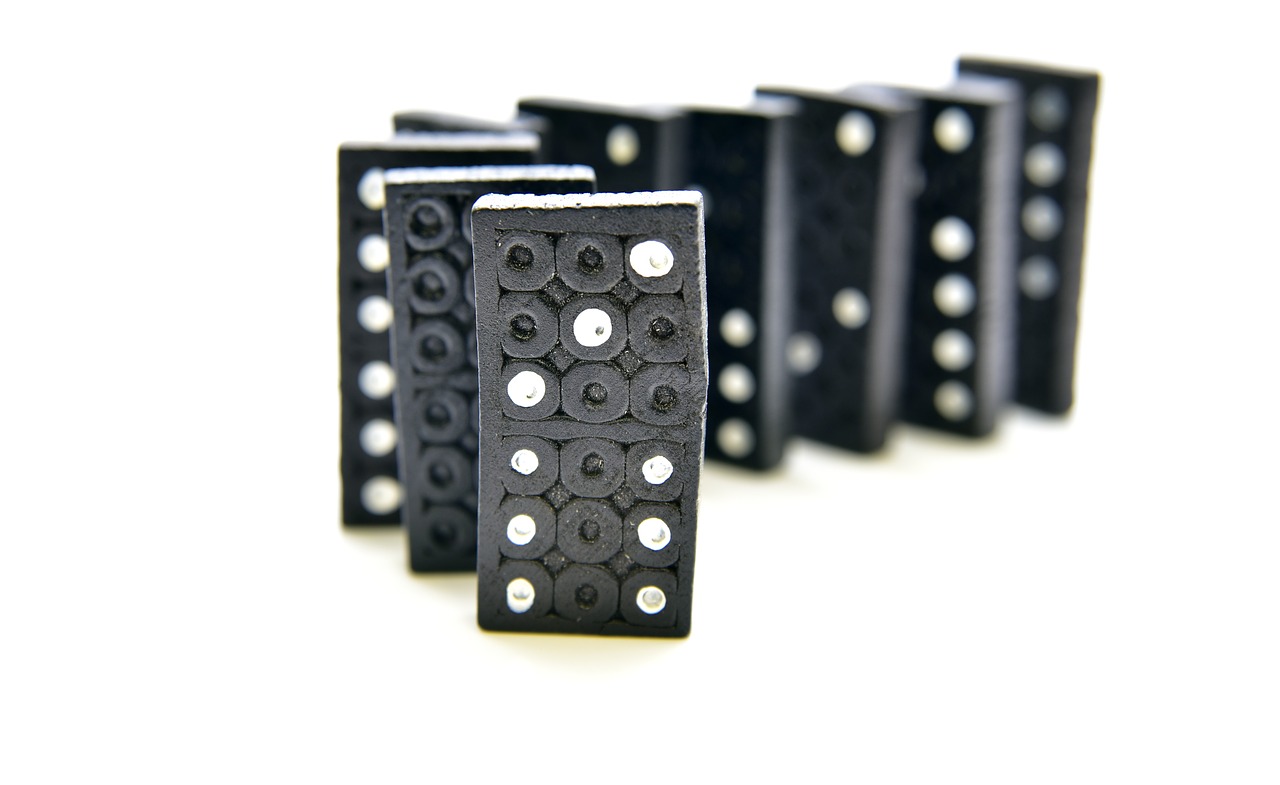 Yesterday, the CEOs of Amazon, Facebook, Google, and Apple testified before the House Judiciary Antitrust Subcommittee in a hearing on “Online Platforms and Market Power.” As Congress takes up the question of market power in the tech sector, the time is ripe to consider the issue in our broader economy. For decades, corporations in a wide variety of industries have steadily consolidated, growing to astronomical sizes. In nearly every sector, at most three or four players dominate the market. Google, Yahoo and Microsoft control over 98 percent of the search engine market; Verizon, AT&T, T-Mobile, and Sprint control over 94 percent of the wireless telecommunications market; The Coca-Cola Company, PepsiCo, and the Dr. Pepper Snapple Group control over 93 percent of the soda market; DirecTV and Dish Network control over 94 percent of satellite TV; Amazon alone takes 44 percent of the e-commerce market, with its competitors’ market share in the single digits. This phenomenon has become so entrenched that today it is difficult for many Americans to imagine an economy that isn’t dominated by giants. Can you think of an industry that isn’t led by a handful of name brands? Household-name corporations are everywhere, fixtures of our modern American culture. Those familiar brands are titans of their industry, enormous companies that have either eradicated their competition or absorbed them.

In recent years, as a result of excessive consolidation, there have been calls for stricter antitrust enforcement. Antitrust laws restrict companies from engaging in behavior like price-fixing and collusion that hamper competition in the marketplace. They also govern activities like mergers that allow companies to grow to monstrous sizes. These policies arose in the late 19th and early 20th centuries in response to the rampant collusion and consolidation of railroad and oil companies. For decades after their inception, antitrust laws were enforced vigorously by the United States government, resulting in healthy competition and relatively small companies across most industries. In the 1970s, however, things began to change.

The 70s brought about a new framework for thinking about antitrust, one that led to a marked decline in enforcement. The shift in America’s antitrust paradigm was driven by a prominent judge and legal scholar named Robert Bork. In 1978, he published a book called The Antitrust Paradox in which he argued that antitrust enforcement in the United States had gone too far. Bork asserted that interference from the federal government had inhibited rather than promoted competition in various industries. He proposed a new criterion for evaluating antitrust cases called the “consumer welfare standard.” Under this standard, an action is deemed anticompetitive only if it directly harms consumers, usually in the form of higher prices. This metric invalidates antitrust claims that are based on market share, a key indicator of economic power. His ideas caught on, particularly in conservative circles, and judges increasingly began evaluating cases by the consumer welfare standard. Under Bork’s standard, companies have been permitted to get bigger and bigger, taking up more and more of the market. This phenomenon led to the world we live in now: the world of enormous companies.

After The Antitrust Paradox’s thesis became widely accepted, competition law stopped being a major focus in this country. In 1981, when Reagan took office, his justice department advanced a lenient interpretation of antitrust laws, officially implementing Bork’s calls for weaker enforcement. No administration since then has made competition law a major priority. George W. Bush’s Department of Justice was so lax on mergers that the Federal Trade Commission at the time rebuked the DOJ’s enforcement guidelines calling them “anti-competition and anti-consumer.” Barack Obama then criticized his predecessor for having such a weak antitrust record, but by 2016 had only challenged a few more mergers than Bush’s historically lenient administration. The election that year featured an uptick in the national dialogue on antitrust, with Hillary Clinton promising to finally reinvigorate enforcement. The Trump administration’s policy on competition law has been erratic at best, but the president has expressed concerns (mostly political) about big tech. Regardless, in the years since 2016, interest in taking on monopolies has made a comeback.

In 2017, Lina Khan, a student at Yale Law School at the time, published an article called “Amazon’s Antitrust Paradox,” criticizing the anticompetitive practices of the e-commerce behemoth and calling for a new paradigm in enforcing competition laws. Khan notes that Amazon sells many of its own products on its website, meaning sellers on Amazon’s marketplace must compete with Amazon. She argues that Amazon’s control of a platform where its competitors must do business raises serious concerns about market power. Amazon also controls massive shipping and warehouse infrastructure and owns enormous troves of consumer data, all of which are vital to competitors’ businesses. Because Amazon is able to deliver low prices for customers, it has largely evaded antitrust scrutiny under the consumer welfare standard, suggesting a new framework for evaluating competition is necessary. Khan’s article went viral, and antitrust issues pushed a little further into the American consciousness. Much of the conversation in recent years has centered on tech companies like Amazon, Facebook, and Google. Yet, nearly all American industries are highly consolidated and suggest the need for rethinking competition, particularly when viewed in the context of crisis.

The coronavirus has powerfully revealed some of the consequences of allowing marketplaces to be ruled by giants. With no incentive to perform or innovate for decades, corporations have found themselves wildly unprepared for challenging times. Furthermore, the only companies that seem poised to survive this crisis are the massive ones, with their vast arsenals of money and resources. Small businesses are closing left and right, lacking both the reserves to last long without revenue and the know-how to claim government loans. The New York Times reported in April that millions of dollars in federal loans designated for small businesses went to large companies instead. As small businesses die out, large corporations will be left with even more of the market to swallow up. They will also have more opportunities to absorb struggling companies, growing even larger than they are now. The result will be more power in corporate boardrooms, less competition, and weaker consumers.

We are at a critical moment in antitrust history. After decades of permitting unchecked consolidation, the United States can either reject monopoly power or submit to its rule. Corporations are already bigger and more influential than they have ever been. Will we let them seize even more power in our economy? Failure to act could allow monopolistic firms to reach a level of consolidation that is nearly irreversible. The stronger they become, the harder it will be to fight back. They already use their wealth to influence politicians, funding the campaigns that bend to their wishes, and protect them from scrutiny. Unaccountable corporations threaten the integrity of our democracy, as their economic power becomes political. Massive companies also tend to consolidate wealth into fewer hands, a problem that is exacerbated by pandemic job losses. As more are pushed into economic hardship, the people will be weaker to resist corporate control. Consolidation has been happening for decades, but the pandemic may bring us to a tipping point.

In the next two articles in this series, I will discuss two industries that have been in the spotlight during the pandemic: air travel and pharmaceuticals. I will explore the recent history of competition issues in these markets, and describe how today’s crisis highlights fundamental market failures. In the final article, I will discuss the necessity of public engagement to check corporate power and suggest the need for Americans to revive the antimonopoly sentiment of prior decades. Together, this series will explore the intersections of the COVID crisis and our antitrust landscape, suggest the need to rethink competition in our economy and express hope for a way forward. With our country steeped in a dizzying array of catastrophe, it is time to rethink how our economy is structured. Corporations were sitting in the driver’s seat when we crashed, yet the disaster has them poised to seize more power. Now America is faced with a pivotal question: Will we stand up to big business?

Everest Fang is a 2020 JURIST Digital Scholar. He graduated this May from Yale University with a BA in Economics and Mathematics. He was admitted to Harvard Law School through its Junior Deferral Program and plans to begin his studies there in fall 2022. In August, Everest will begin working at Deloitte’s Government/Public Services Consulting Office in Washington, DC.

This article was prepared for publication by Megan McKee, JURIST Executive Director. Please direct any questions or comments to her at executivedirector@jurist.org