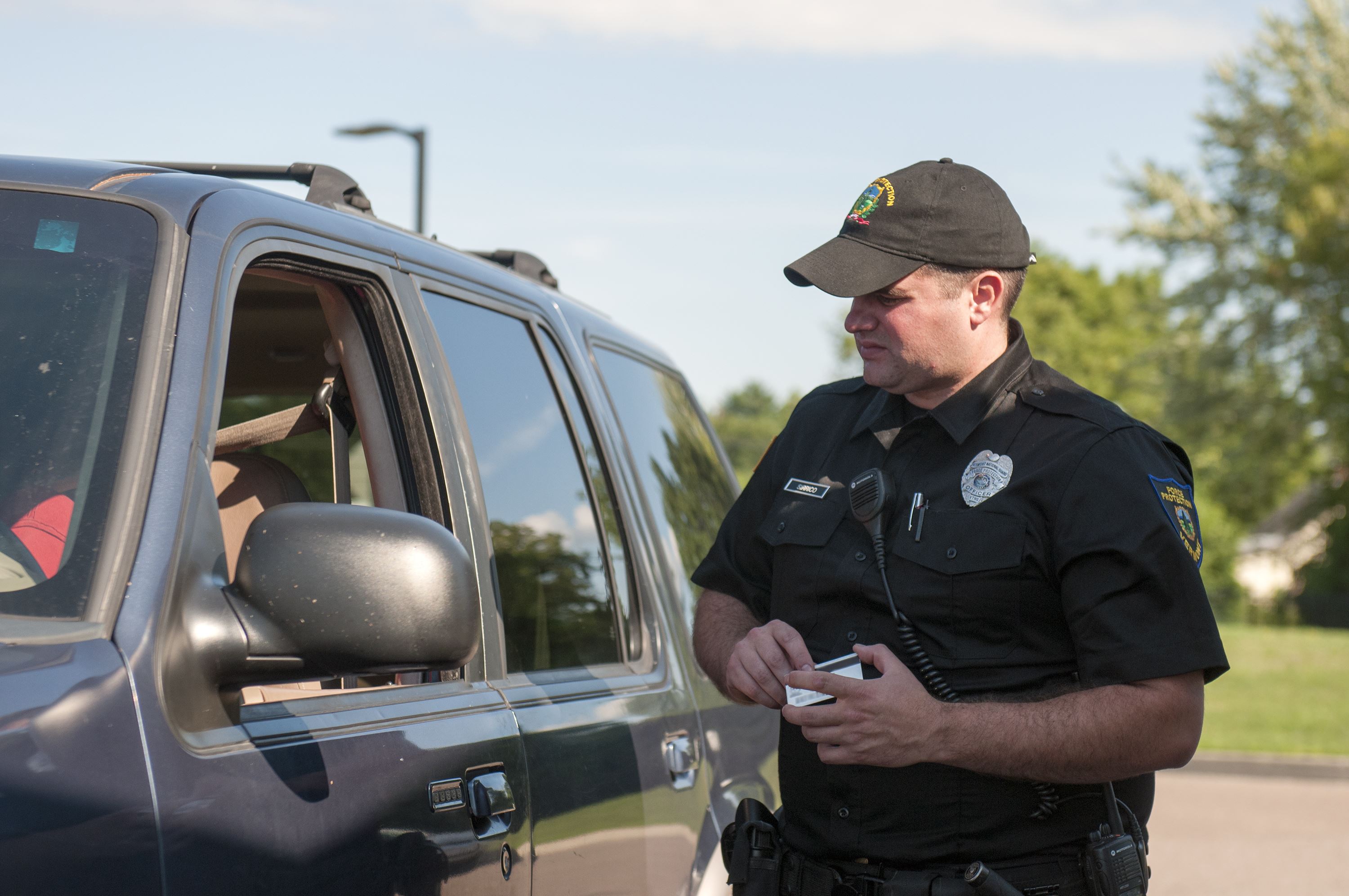 In the midst of the Black Lives Matter movement, Vermont passed a police bill that prohibits the use of chokeholds and requires officers to wear body cameras. The General Assembly passed the bill unanimously and Governor Phil Scott signed it into law on July 13, 2020. At the bill’s signing, Governor Scott stated:

Exactly eight weeks ago today, this country watched the murder of George Floyd under the knee of an officer who was supposed to serve and protect all people. Tragically, this is something we have seen far too many times. But this time Americans from all walks of life have come together to say, “enough is enough.”

Vermont’s new law makes it illegal for officers to use the same tactic or even a similar measure that was wrongfully and disturbingly used on George Floyd. The law defines such “prohibited restraint” as “the use of any maneuver on a person that applies pressure to the neck, throat, windpipe, or carotid artery that may prevent or hinder breathing, reduce intake of air, or impede the flow of blood or oxygen to the brain.” Although this prohibition may help protect Vermont citizens from the disproportionate use of excessive force, there is a consensus that the law, as-is, is not enough. Governor Scott asserted, “…while Vermont has committed to fair and impartial policing for years, there is clearly more work to be done.” In addition, Professor Robert Sand from Vermont Law School explained:

The method of detaining [George Floyd] clearly involved excessive force and a deprivation of liberty. Vermont’s new law is important to help avoid a similar situation in Vermont but is only a small step in a needed restructuring of the relationship of law enforcement to the people they serve. (emphasis added).

Vermont’s new police reform law – in combination with the state’s reforms from the past seven years – seeks to address systemic racism and the disproportionate use of force by officers. The General Assembly stated in its intent that this law is part of an ongoing effort to combat racial bias and increase transparency and accountability across the state. The law establishes three new mechanisms to accomplish this goal: (1) creates a criminal penalty for officers who use a prohibited restraint; (2) mandates that officers wear body cameras; and (3) conditions grant funding on data collection and reporting requirements.

Beginning October 1, 2020, officers who seriously injure or kill a person while placing them in a prohibited restraint may face a criminal penalty. Officers who violate the law’s prohibition could face up to 20 years in prison and fined up to $50,000. Furthermore, officers who observe another officer place a person in the prohibited restraint may be subject to professional misconduct if they fail to intervene or report the incident to a supervisor. Overall, the General Assembly sought to make criminal the act that was unjustifiably used on George Floyd.

To monitor police actions and increase accountability, the law requires that officers wear body cameras starting October 1, 2020. The law provides that any Department officer who “exercises law enforcement powers” must be equipped with a body camera or other video recording device on his or her person. Additionally, any costs the Department incurs to obtain body cameras beyond its current budget must be included in that Department’s next budget proposal to ensure officers are promptly equipped. Strand emphasizes that the body camera requirement is instrumental because “we know from myriad instances across the country that body cameras hold everyone more accountable.”

Starting January 1, 2021, grant funding will become contingent on compliance with data collection and reporting requirements for roadside stops. Strand explained in Vermont, “[w]e know already there are significant racial disparities in arrest rates. The new data will reinforce that knowledge.” The law now requires officers to report “whether physical force was employed or threatened during the stop, and if so, the type of force employed and whether the force resulted in bodily injury or death.” The law further defines “physical force” as force “that constitutes a greater amount of force than handcuffing a compliant person.” Overall, collecting data can be a valuable way to uncover racial bias, however, only if such data is reliably collected and properly analyzed. In considering the ways this new data could be utilized, Vermont Law Professor Mark Latham observed:

As far as Vermont’s reform measures, I do believe that it’s smart to tie certain grant funding to data collection efforts by local law enforcement as an effort to improve data collection, but I think that it remains to be seen just how effective the data collection provisions of Vermont’s [new reforms] will be.

Notably, the General Assembly will need to reconsider the new prohibited restraint statute and section 3 of Vermont’s justifiable homicide statute because both are set to expire on July 1, 2021. The General Assembly has also committed to considering other issues during its next session, including body camera use and efforts to further community policing. While this police reform law is a conscious effort to make meaningful changes, much remains to be done. Admittedly, the General Assembly’s intentions are good, but good intentions are only optimistic thoughts. Vermont needs real, actionable steps added to subsequent bills to ensure Vermont’s law enforcement agencies adopt a “system of public safety that is effective, equitable, and maintains the public trust…” as the law proclaims.

Vermont’s legal scholars share two main concerns with the law moving forward. First, it is unclear when officers must use their body cameras. Second, it is unknown how the General Assembly plans to reconsider the prohibited restraint and justifiable homicide provisions.

In terms of the body camera provision, the current law provides no requirement that officers activate their cameras during confrontations. This, of course, makes little sense and creates numerous loopholes that officers could later use as a viable defense. Professor Latham expressed:

I generally favor requirements that police officers wear body cameras, if for no other reason that when a controversial use of force case arises, the footage may provide clarity as to exactly what happened. I further favor body cameras as a requirement for all police because I thought that their presence would deter police from acting badly. That is, I assumed that the mere presence of body cameras would serve to deter police misconduct.

I now question that assumption. After all, each of the officers now facing criminal charges because of George Floyd’s death surely were aware that they were being videotaped. Yet, that didn’t cause them to pause and think about what they were doing. That may be the most disturbing aspect of the officers’ conduct on that fateful day.

A major hurdle the General Assembly must face is determining the balance between justifiable force and homicide versus non-justifiable. Vermont’s justifiable homicide law, which is set to expire on July 1, 2021, sets forth predetermined circumstances where justifiable homicide is permitted. For example, the provision states that an officer is guiltless “when lawfully called out to suppress riot or rebellion, or to prevent or suppress invasion, or to assist in serving legal process, in suppressing opposition against him or her in the just and necessary discharge of his or her duty.”

Vermont Law Professor Peter Teachout emphasized his concern about the use of deadly force and justifiable homicide laws that enable officers to shoot to kill:

It seems to me from what I know about Vermont practice, the major problem with use of deadly force by law enforcement in the state is not recourse to chokeholds, but the use of firearms to shoot to kill…when defusing the situation by other means is available and, even if shooting may occasionally be justified to disarm a troublemaker, law enforcement does not need to shoot to kill.

So, while chokeholds are necessarily banned, the General Assembly must take further action to address the permissible use of deadly force and justifiable homicide. The General Assembly has less than one year to decide the circumstances, if any, where the use of deadly force by police officers is permitted before the provision is repealed without clarification. This lingering unknown creates ambiguity in what the future holds for Vermont’s police reform. As any legal scholar knows, ambiguities or major gaps in a law can lead to conflict that courts must later try to solve on their own.

The move towards a reinvented concept of policing will require much more than banning chokeholds and requiring body cameras. It will require a systemic redesign of the ways that police interact with and serve communities. Professor Sand illustrates this point:

My biggest concern is that more data and prohibitions on certain types of use of force do not do anything to fundamentally change the relationship between police and the people. We need to move away from a military model of enforcement toward a community support model. This requires a fundamental rethinking of the role of the police, how we fund law enforcement, how they are trained and educated, what earns praise and promotion within departments, and how transparent we are related to allegations of excessive force. There will be powerful forces aligned against this necessary re-envisioning to include police unions and many politicians but police are supposed to work for us not occupy us.

While many questions remain unanswered, this first step provides hope for a better future. It is imperative we remain steadfast in our attention to detail on all the elements that go into reinventing our concept of policing. As Sand stated, “we need to move away from a military model of enforcement toward a community support model.” Achieving this careful balance between keeping civilians safe and police officers safe will require a multi-phased and complex process.

We sincerely hope Vermont seizes its opportunity to demonstrate to the nation how to reinvent policing. As Sand iterated, “[w]e ought to have a unified justice system. Instead we have 14 systems, one for each county.” Only through partnerships and collaboration between law enforcement and communities can we prevent another tragedy from widening the chasm of racial inequity.

Ashely Monti is a rising 2L at Vermont Law School. She is originally from Racine, WI, and moved to Vermont for VLS’s prestigious environmental law program. Ashely is also pursuing her Master’s in Food and Agriculture Law and Policy while at VLS. She is currently the Co-Chair of the Food and Agriculture Law Society and was recently invited to be a Staff Editor for the Vermont Law Review. Ashely became a Staff Writer for JURIST last Spring and looks forward to collaborating on more commentary pieces in the future.

Matthew Fischer is a rising 2L at Vermont Law School.  Matthew came to VLS for their Center for Justice Reform. He currently works as the Director of Programs for unPrison Project and with the Department of Corrections as a National Schweitzer Fellow.

The appearance of U.S. Department of Defense (DoD) visual information does not imply or constitute DoD endorsement. This article was prepared for publication by Michael Barber, JURIST Chief of Staff. Please direct any questions or comments to him at chiefofstaff@jurist.org