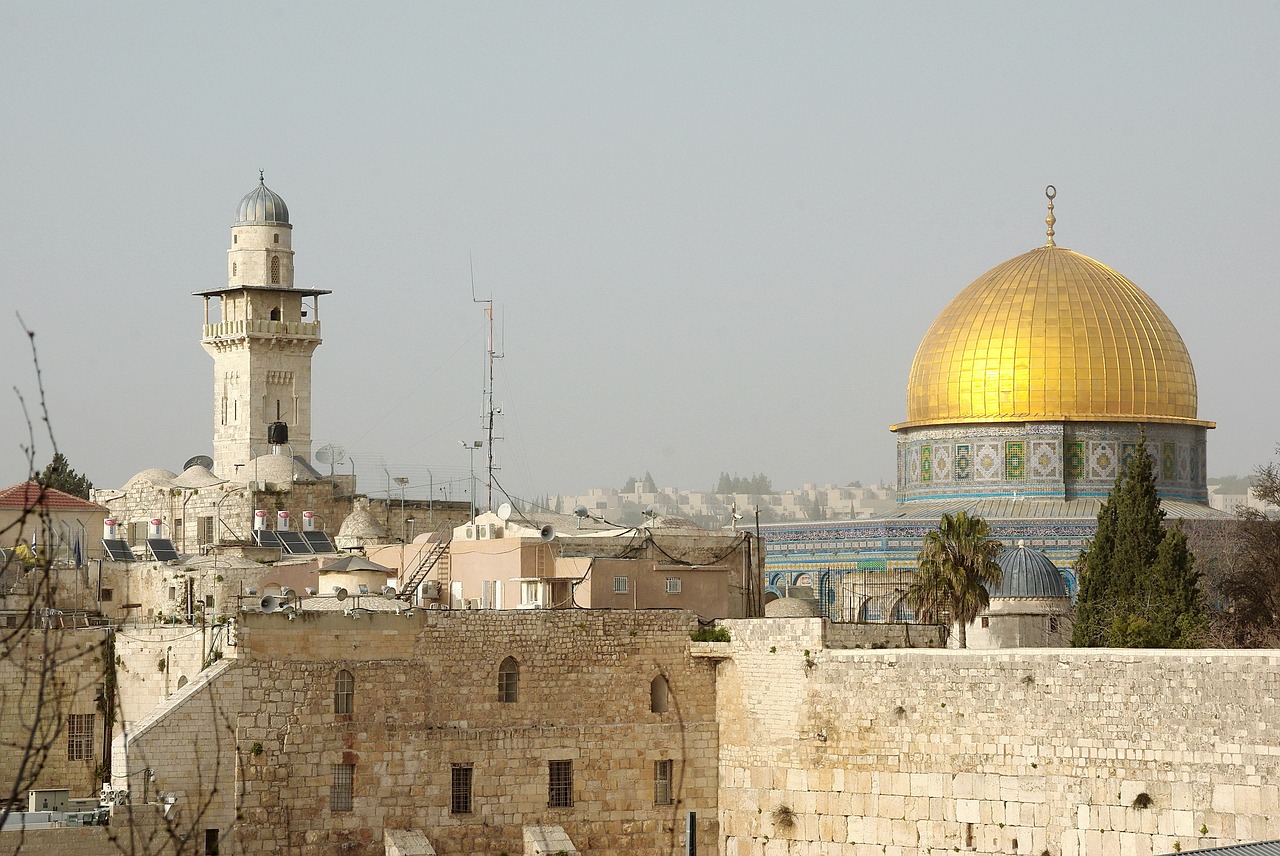 The conflict between Israel and Palestine and climate change are factors which have been feeding each other for many years, especially when there is no apparent comprehensive solution on the horizon. The political conflict and climate change have had a severe ongoing impact on Palestine, especially for water restrictions. Nevertheless, Israel and Palestine have international law obligations which include their commitments under the Paris Agreement on Climate Change 2016 (Paris Agreement) and the United Nations Framework Convention on Climate Change (UNFCCC) which has been adopted by both parties.

In Palestine, there have recently been aggressive changes in weather patterns such as heatwaves, as well as an increased frequency and intensity of rainfall leading to floods and droughts. These occurrences, coupled with the political conflict, have been threatening Palestine’s agriculture, food security, and water.

Since the 1967 Israeli occupation of the Palestinian Territories (OPT), Israel has controlled shared water in the region, including both the surface and groundwater. Israel has been utilizing more than 85% of these resources, leaving only 15% for the Palestinians in the West Bank and Gaza. Such control has deprived the Palestinian Authority of accessing an equitable and reasonable share of trans-boundary shared water and natural resources. The shortage of water and the Israeli restrictions on access to clean water are becoming more disastrous for the approximately four million Palestinians living under Israeli occupation in the West Bank and Gaza.

Both Israel and Palestine ratified and became parties to the UNFCCC in 1996 and 2016, respectively. Building on the UNFCCC, in 2016 the Paris Agreement brought “all nations into a common cause to undertake ambitious efforts to combat climate change and adapt to its effects, with enhanced support to assist developing countries to do so.” Both Israel and Palestine ratified the Paris Agreement in 2016.

Under the UNFCCC and the Paris Agreement, Israel and Palestine have committed inter alia to the main principles and goals of these agreements, which aim to reduce human harm on the climate. Additionally, under these agreements, as part of the objective to strengthen the global response to the threat of climate change, both parties have committed to present a Nationally Determined Contributions and National Communications which present their adaptation and mitigation efforts to combat impact of climate change.

Despite the lack of full control over their territories and natural resources, the Palestinians have been engaged in several projects dealing with the harm of climate change. In 2010, the Palestinian Authority developed a Climate Change Adaptation Strategy and Program of Action. The strategy identified water as the priority focus of climate change impacts and recognized agriculture as the most sensitive sector of the Palestinian economy. The strategy further included several important findings and key facts on climate change in OPT, mainly lack of security in both water and food sectors, the Jordan Valley and Gaza Strip have the highest levels of climate vulnerability and the “need for climate modeling and research capacity-building in the OPT tailored to Palestinian adaptation priorities in the face of future climate risks”, despite the “significant uncertainties about the precise impacts of climate change in the region”.

As a non-Annex I Party to the UNFCCC and the Paris Agreement, Israel has submitted Intended NDC and National Communications reports demonstrating the mitigation and adaptation efforts which have been adopted. Israel’s reports demonstrate key developments such as Israel’s strong economic growth, with an average annual growth of approximately 4% over 2010-2016, and a decrease of water consumption per capita by 20% from between 2000-2015. Additionally, in 2016 the Israeli government approved a National Plan to reduce GHG Emissions and Increase Energy Efficiency and re-activated a National Support Mechanism for Energy Efficiency and Emission Reduction projects.

As an occupying power in the OPT, Israel’s actions are subject to a binding legal framework, which consists of International Humanitarian Law and Human Rights Law. The duties of the occupying power are set out mainly in the 1907 Hague Regulations (articles 42-56) and the Fourth Geneva Convention (articles 27-34 and 47-78), as well as in certain provisions of Additional Protocol I and customary international humanitarian law. While acting as a temporary occupant, Israel’s most crucial duty is to respect and protect the fundamental rights of the protected population. Israel has a number of specific legal responsibilities with regards to the natural wealth of the OPT, which include water, soil, land, environment, and infinite and renewable natural resources. First, Israel should be acting “only as administrator” of the public immovable property in the OPT and has no legal authority to exploit natural resources for the benefit of its own economy. Second, it is forbidden for Israel to transfer its civilian population into the OPT or to annex any part of the territories into its own. Third, and most importantly, it is Israel’s duty as an occupying power to act as a trustee towards the Palestinian protected population and commit to good governance.

During the past years, the occupation of the OPT by Israel has been expanding. In addition to annexing East Jerusalem, Israel has been continuing with illegal settlement projects in the West Bank. In addition to constituting grave violations to international law and Palestinians’ rights, the Israeli settlements further expand the environmental harm through the continuous construction of settlements, growth of settlers’ population, and settlers’ arson attacks on Palestinians’ green trees in the West Bank. Moreover, Israel’s restrictions on Palestinians’ freedom of movement and access to natural resources, land, and water not only violates Israel’s duty as a trustee but also hinders the Palestinians from economically developing their territories.

The water crisis caused by climate change and as Israeli restrictions, especially in Gaza, is creating a serious public health issue. The continuous armed conflict is severely deteriorating the living conditions in Gaza, and greatly contributing to the environmental harm within the territory. For example, Israeli military operation in Gaza Strip used certain high-tech weaponry which increased CO2 emissions. The Israeli military operations in Gaza Strip have resulted in a variety of environmental impacts on water, soil, and air. In its operations, Israel destroyed the Gaza power plant, which supplies one-third of energy needs in the Gaza Strip, as well as water pumps and wastewater treatment plants.

Customary international law evolved from historical norms to assist neighboring states to share their trans-boundary water resources equitably and to handle the inevitable changes in natural conditions, such changes in annual rainfall, without serious or violent conflict. These international norms were largely codified in the 1997 UN Convention on the Law of the Non-Navigational Uses of International Watercourses, the Basel Convention and the Helsinki Rules. These norms conform to fundamental fairness considerations and have been cited already several times by the International Court of Justice as reflecting the current state of customary international law applicable to all states. The norms are governed by three main principles: (1) equitable and reasonable utilization of water; (2) no significant harm to other states; and (3) prompt notification to all others sharing the water resources of plans or actions that may have a material effect on them.

Given the fact that climate change is becoming a major key player in the resolution of the Palestinian Israeli conflict, the international community should adjust their expectations from Israel and Palestine in accordance to the reality on ground. Palestine’s obligations to meet its international environmental commitments should be considered in the eye of being an occupied territory which lacks control on most of is natural resources. Similarly, Israel’s obligations to meet its international environmental commitments should be seen in the eye of being an occupying state, which has de facto control over most of Palestine’s natural resources. Hence, the assessment of Israel’s mitigation efforts, and whether or not it satisfies international environmental obligations, should not only be limited to efforts taken within its internationally recognized borders (excluding the occupied territories), but also on the occupied territories as long as these territories are still subject to Israeli control and restrictions.

Ibrahim Fares received an LL.M. from the University of Pittsburgh School of Law; an LL.M. from Lazarski University in Poland and a Master’s degree in law from Birzeit University in Palestine. He is a member of the Palestinian Bar Association and he has over 10 years’ experience in corporate law and finance law in Palestine and abroad. He has been intricately involved with the development and drafting of many new pieces of legislation in Palestine. Recently he is working extensively to raise awareness of the climate change issue in Palestine.

Please direct any questions or comments to the JURIST Staff at commentary@jurist.org